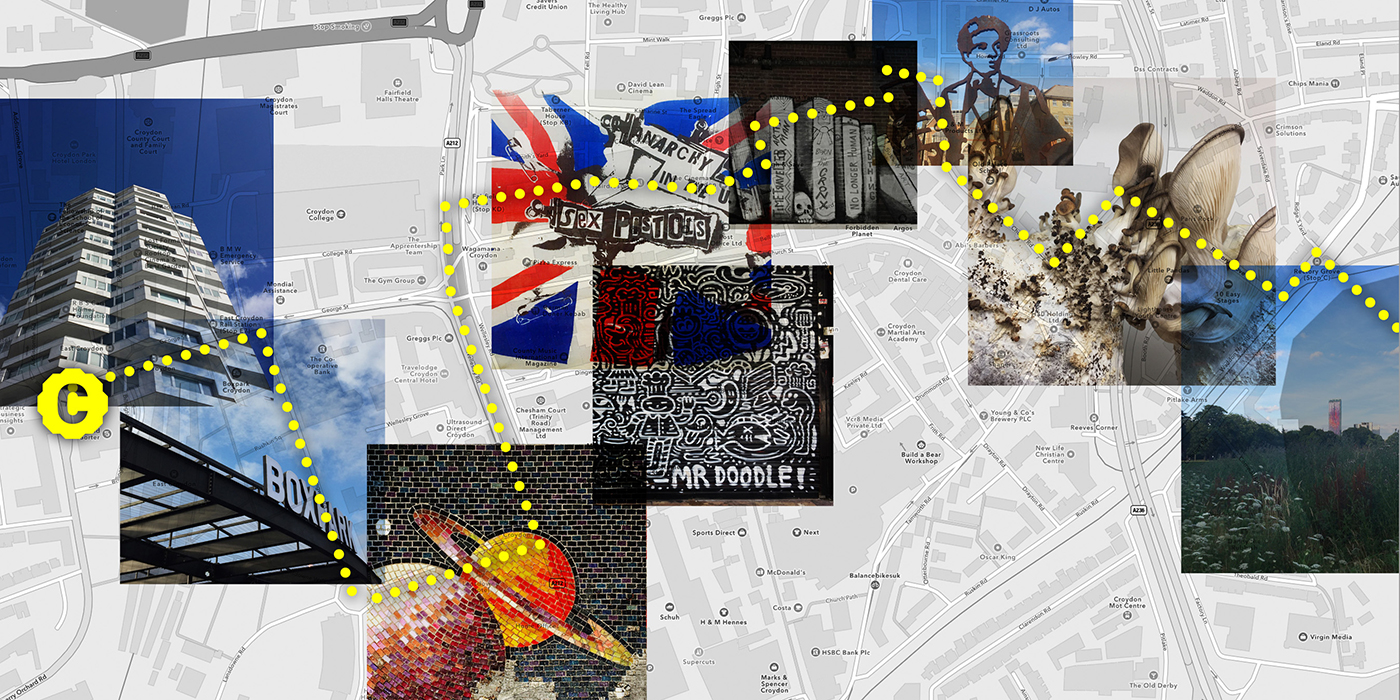 Home to all things cultural, quirky and cool in Croydon

Welcome to the Croydonist. We’re an ever growing collection of the best bits of our London borough according to us. From cocktails and cuisine, to quirky culture, and cool Croydon people, we write about it only if we genuinely like it. And it turns out there’s a lot to like.

Did you know Croydon has a windmill? It’s the birthplace of punk. And dubstep. And grime. We weren’t just home to Kate Moss, but a whole host of famous souls, from Stormzy, to Sue Perkins, via Ronnie Corbett, and Sir Arthur Conan Doyle.

We had London’s first airport. It’s now a museum. Elizabeth I liked to come for a visit. In our crocus valley. That’s what Croydon means – Crocus Valley.

We’ve had a saffron farm. A mushroom farm. Did we mention the world-renowned street art? Then there’s the space-age skyscrapers. The enchanting woodlands and blooming marvellous parks. We’re a perfect mix of urban and rural.

We celebrate the wonders in our borough, both modern and historic, and defend the town’s honour, for the pleasure of Croydon natives and Croydon converts to read, whether they live near or far from here.

Behind the Croydonist are Angela Martin (Croydon convert) and Julia Woollams (Croydon native).

If you have a question or would like to become a guest writer please get in touch.

We run the Croydonist in our spare time, so please bear with us if you don’t get a response immediately. 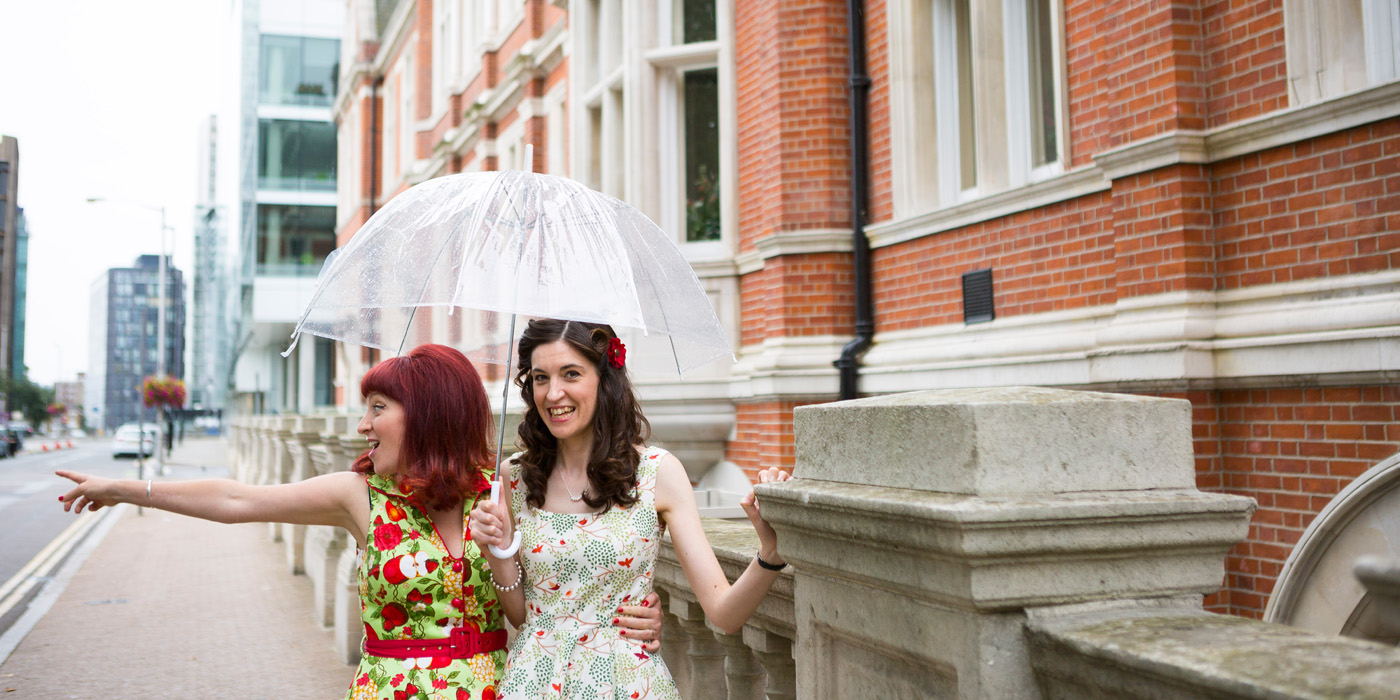 Angela’s particular passions are food and films, when she’s not composing music that is. These are subjects that regularly feature in her Cronx musings.

Julia, a graphic designer by trade, loves nothing more than writing about the quirks and culture of Croydon (especially when it includes the 50p Building).

Sam Hill is a food, beer and wine obsessive who enjoys experiencing and writing about all the culinary delights that Croydon has to offer.

Kake is a local historian who relishes uncovering surprises in various archives, as well as exploring and documenting Croydon as it is today.

Ian Packham is an adventurer, travel writer, events speaker and Croydon native contributing from on the road in Italy as he researches his great uncle’s war years.

Jack and Aneisha, who live together in Addiscombe, Croydon with Smudge the dog and Boo the cat, are founders of independent pet food brand Scrumbles.

Grace Robinson, runs her virtual PA agency from Croydon. She is a Southeast Asia expert who loves travel and new experiences in CR0 and beyond.

Tom Smithson is a Mental Health counsellor and founder of New Horizon Counselling, working from the Business Xchange Hub, East Croydon. His goal is to help others help themselves and their mental health.

Rhiannon Cobb is an aspiring children’s TV presenter with a background in radio. She has a love for the creative arts and is originally from the Isle of Wight. She moved to Croydon at 16 to pursue her dream at the BRIT School.

Hannah Clemens is a born and bred Croydoner and self-confessed foodie, working as a marketing and brand consultant for local businesses.

Cassie Whittell has lived in and around Croydon since 1988. Her passion for The Store’s £5 co-working afternoons is only matched by her love for Whyteleafe FC.

Gemma Coldicott has lived in Croydon since 2006 and is a dance artist and co-founder of SLiDE. Aside from dance her passions are travel and music – she is generally dreaming about her next trip to Japan whilst dancing to a Spotify playlist.

Mari Lane is a relatively new Croydon convert, having moved here from Tooting a couple of years back. When she’s not working supporting students at the University for the Creative Arts, she can be found enjoying a tasty pint in one of her favourite Croydon pubs, and promoting as much new music as possible through the organisation she co-runs, Get In Her Ears.

Elizabeth Sheppard’s second book will be published by Harper Collins in Spring 2021. She’s former associate editor of the Croydon Citizen community newspaper and was a founding member of the Croydon Visitor Centre team until CVC’s closure in 2015. She enjoys running along flyovers.

Grace Healy is a Peckham-based piano teacher who is campaigning for the inclusion of black composers on the ABRSM syllabus. She spends lots of time in Croydon rehearsing with her band Bugeye.

Croydon resident Tina Crawford is a free embroidery artist – she uses the sewing machine as her tool of choice, “the needle feels like an extension of my hands”. With no drawing or marks down when the needle goes into the material, the line is made instantly.

Helena is a foodie enthusiast who loves eating out as well trying the latest snacks and supermarket finds. She has been documenting her food journey since 2010 on her blog.

Peter Hall lives, works, walks, and often runs in Croydon – always with his camera – visiting green spaces and places with an interesting history. He is a keen Instagrammer who loves to give and receive comments on his peter_at_croydon account.

Photo of Angela and Julia by Murray Scott