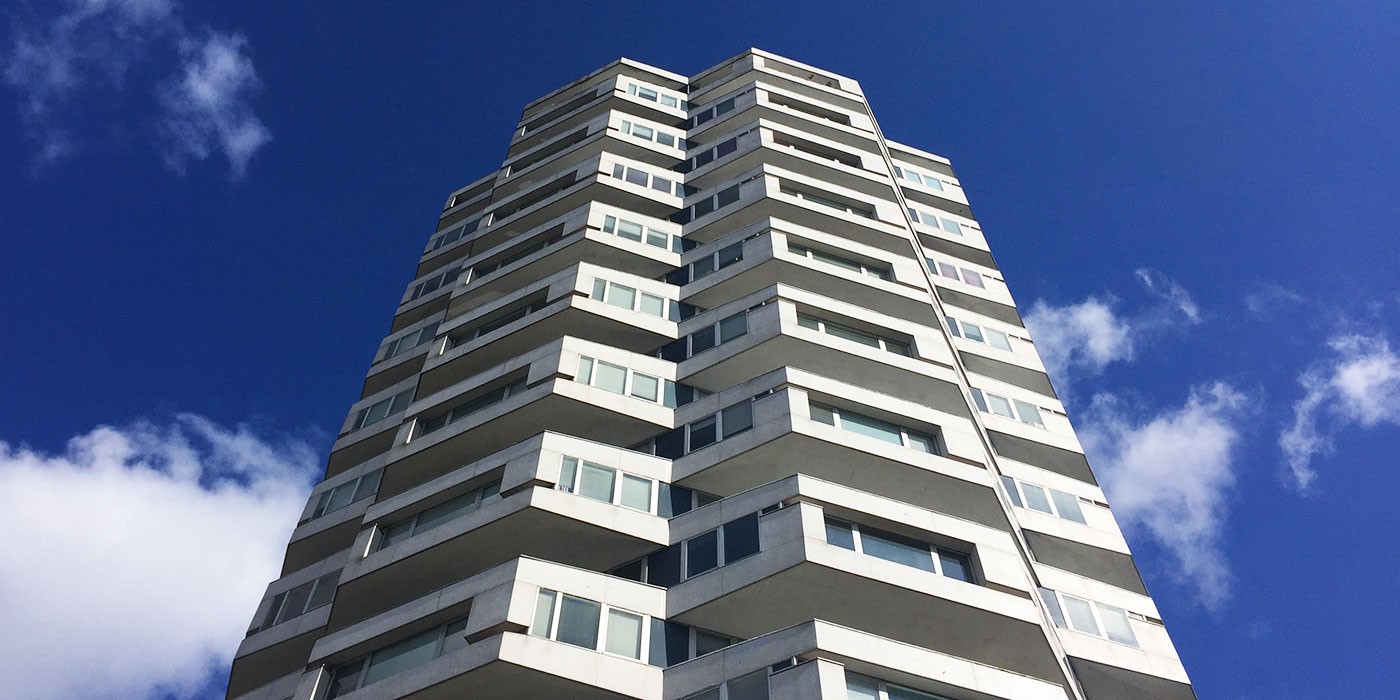 The late 1960s are definitely in fashion at the moment, what with the V&A’s current blockbuster exhibition on revolutions of the period, and the Saatchi Gallery’s Rolling Stones exhibition earlier this year. Then there was of course the National Trust’s Edge City tours in the summer, which finally ‘validated’ our own town centre’s modernist architecture.

The end of the 60s was when the optimism of the post-war years peaked – an incredibly exciting time of inventions and space adventure where anything seemed possible. The architects of the era shared these ideals, and Croydon is one of the only London boroughs where you can see so many examples of their creations. No less than 45 office blocks (mostly skyscrapers) were built in the decade after 1959. This was thanks to a law banning the construction of office space in central London, which meant we got the lion’s share – an impressive 6 million square feet in all.

I find John Grindrod’s description of our town rather fitting, in his book, Concretopia: ‘Croydon makes sense as a town to be approached by jetpack, where paranoid androids hum early Human League songs in the underpasses and flying saucers land on top of shopping centres…‘ I love the idea of our town centre being a futuristic sci-fi world of robots and aliens. I think other Croydonians see it this way too – have a look at artist Gavin Kinch’s work, for example.

I’ve always been a fan of our borough’s 60s architecture. However this year, partly thanks to the National Trust tour, but more due to one of the wonderful Wandle walks during Croydon’s heritage festival I have come to appreciate a few more of our lovely landmarks… 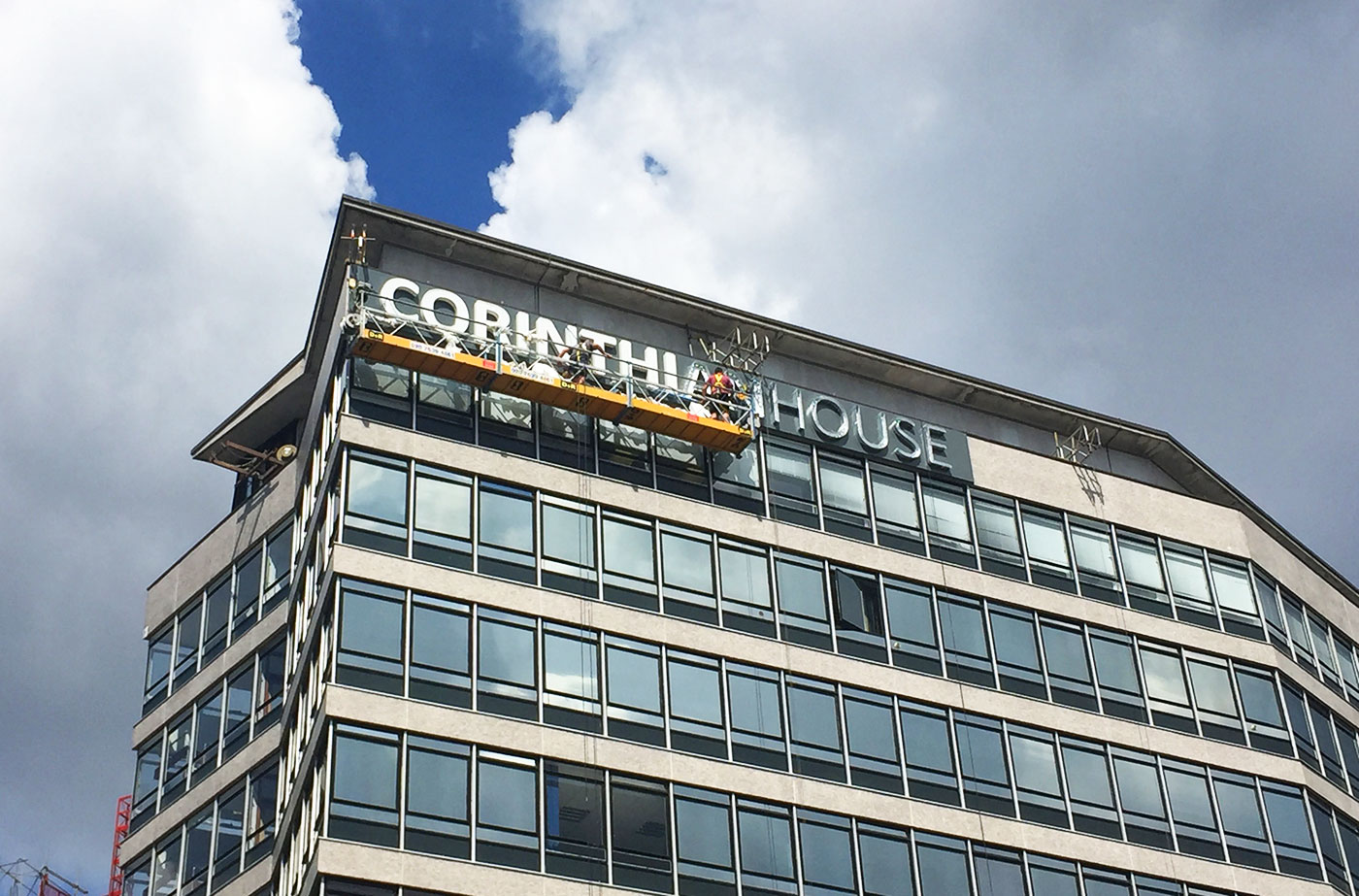 Of course I have to start with my favourite (shown at the top of this post). Designed by Richard Seifert, of Centrepoint and Tower 42 fame, he also designed Corinthian House around the corner. Both of his Croydon buildings sit on concrete stilts, rather than the ground. These were a typical feature of the period, and called pilotis by Le Corbusier (if you want to geek out on the correct architectural term). I like to think of them as ‘robot legs’. Both buildings are also clad in decorative mosaic tiles. No. 1 Croydon to me has always just looked plain fun. Who decides to design a building to resemble a stack of 50 pence pieces (or should I say threepenny bit, to get the era correct)? It makes me smile every time I see it, which is good, as I can see it from where I live. 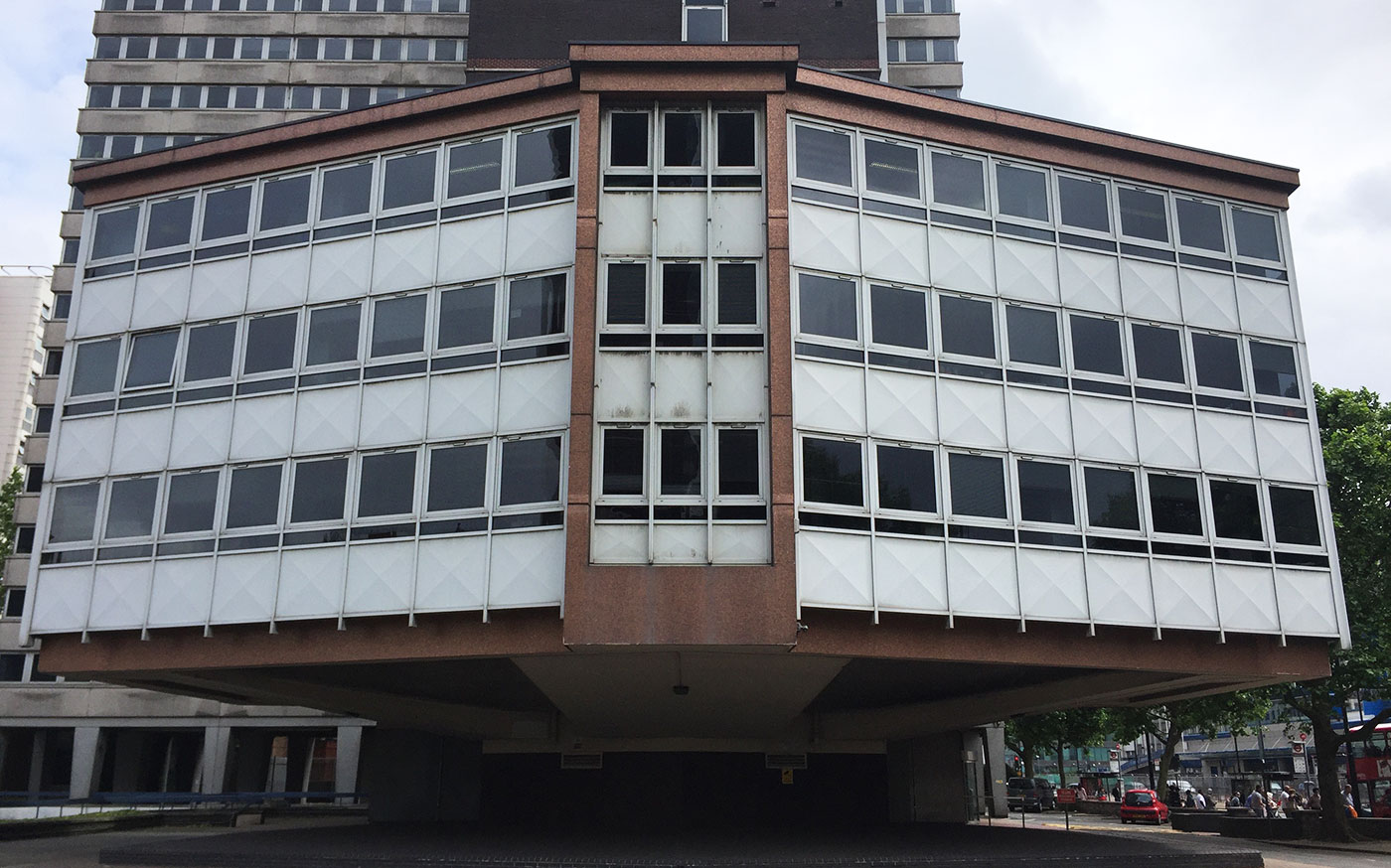 This building on Wellesley Road along with its partner, Lunar House next door, was built by Denis Crump and Partners. As you can probably tell from the buildings’ names, the architects were inspired by the 1969 moon landing. Apollo is my favourite of the pair, mainly because of the strange space-like pod on the side (above), resembling the craft that helped make that rather marvellous leap for mankind. Both these buildings are part of the Home Office immigration department – rather apt methinks, welcoming people into an alien country. 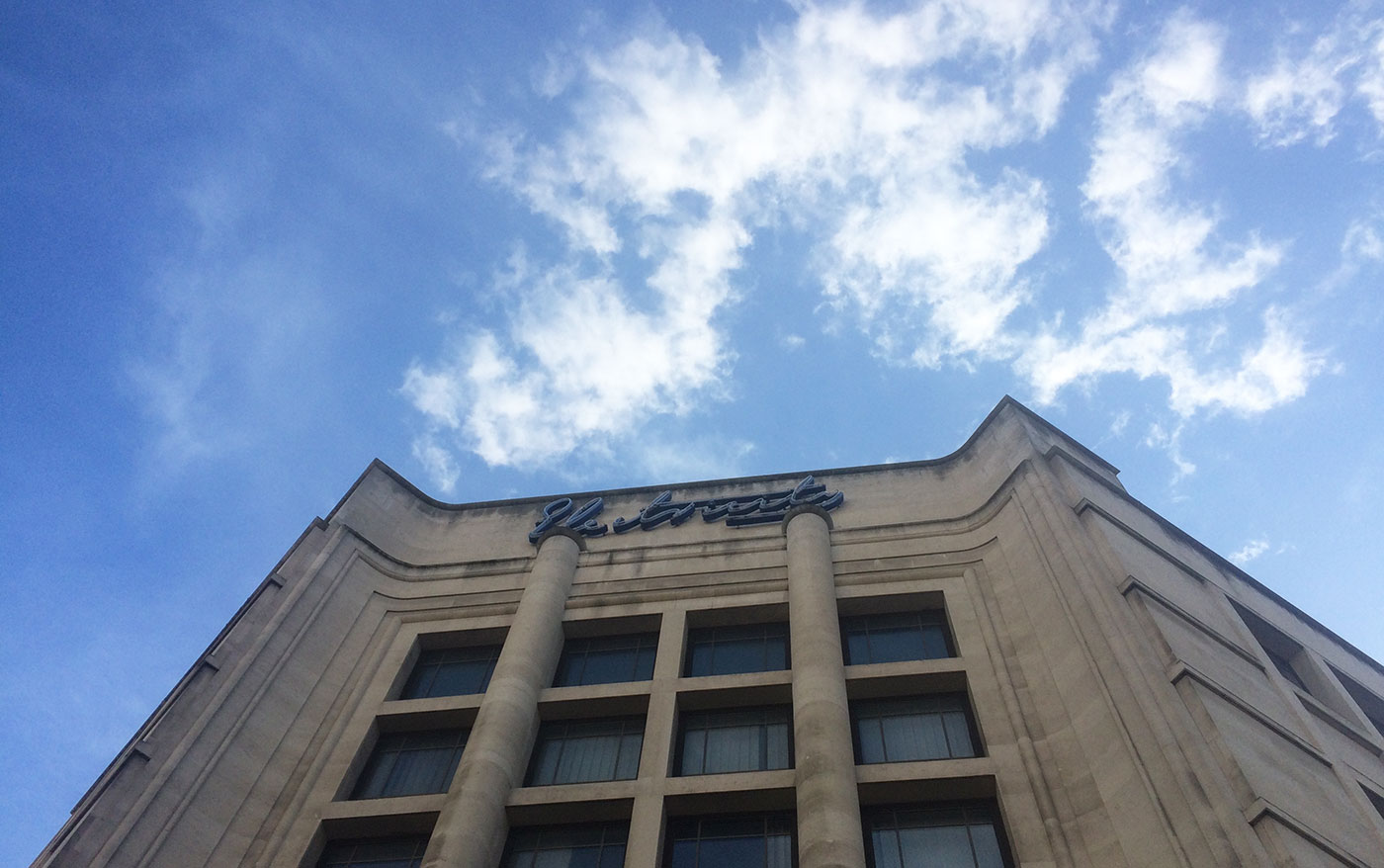 At this point I have to deviate slightly to mention Electric House on the other side of Wellesley Road. Whilst neither a skyscraper nor constructed in the 60s (finished in the early 40s I believe) this was built as the County Borough of Croydon Electricity Department. After the war, this is where people could go and see the new exciting inventions of the day (think Apple store meets Dixons), then rent a gadget or two, as purchasing was way too expensive back then. If the building ever sells off its sign (which is unlikely given its Grade II listed status) I’ll buy it – fantastic – it’s like a bit of Vegas by the Croydon underpass! 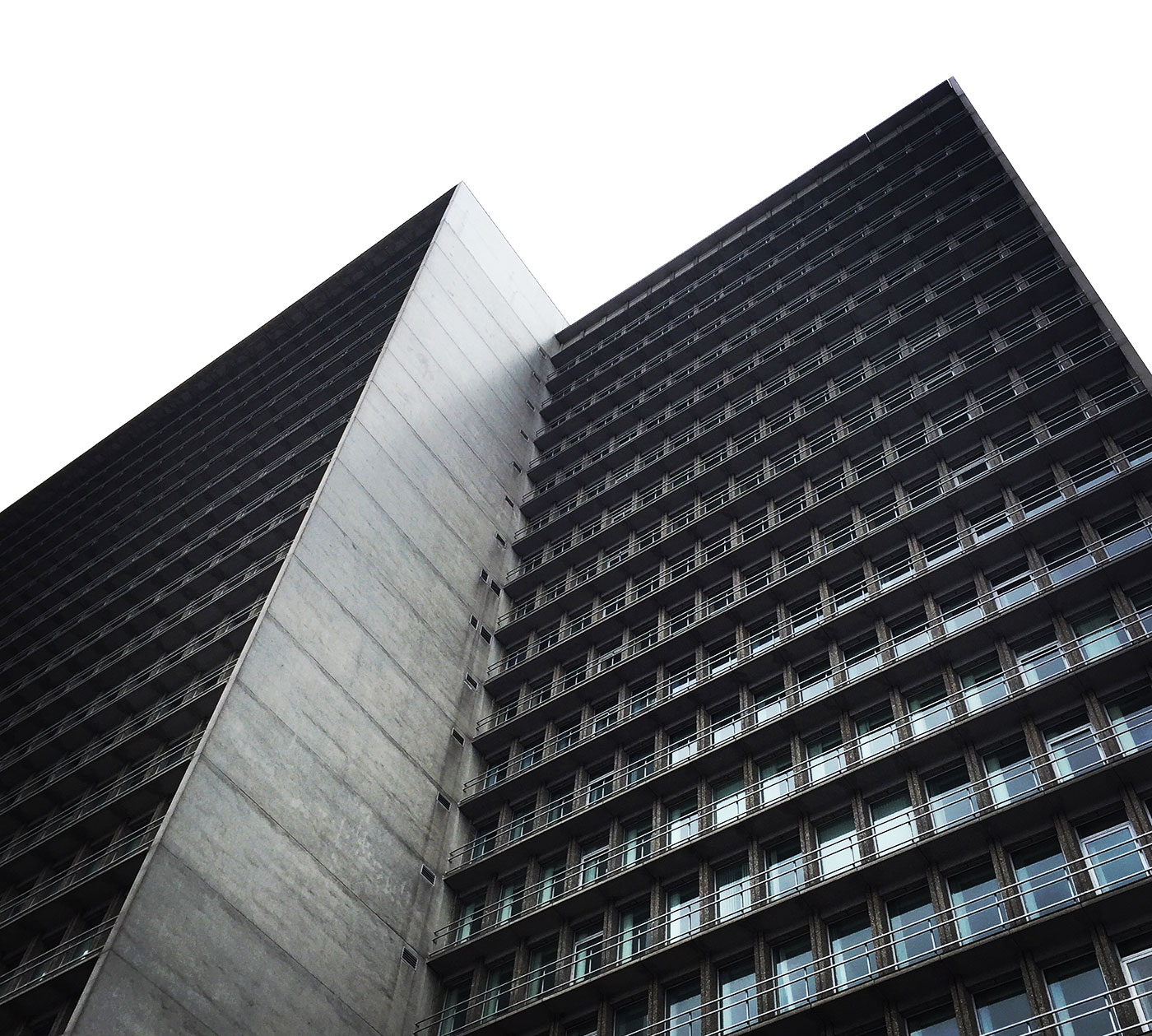 I had never looked up at Leon House before this year, only dashed into the Tesco Express at its base. When I did raise my eyes to the sky it was quite something. Its vastness and uniformity make it a much more serious building than its fetching tiled acquaintances up the road. It very much looms over you, and the High Street, on the way to South Croydon’s restaurant quarter. It was designed by architects Tribich, Liefer & Starkin who are also responsible for neighbouring building Lennig House.  The part I find particularly interesting about Leon House is its original interior. The sculptor William Mitchell, famous for his huge crazy concrete murals, designed a structural column here. I hear these days it’s been covered up, which is a tremendous shame. I hope one day I’ll get to see it – our own intricately carved Croydon hieroglyphics. You can check out the sculptor in action below. 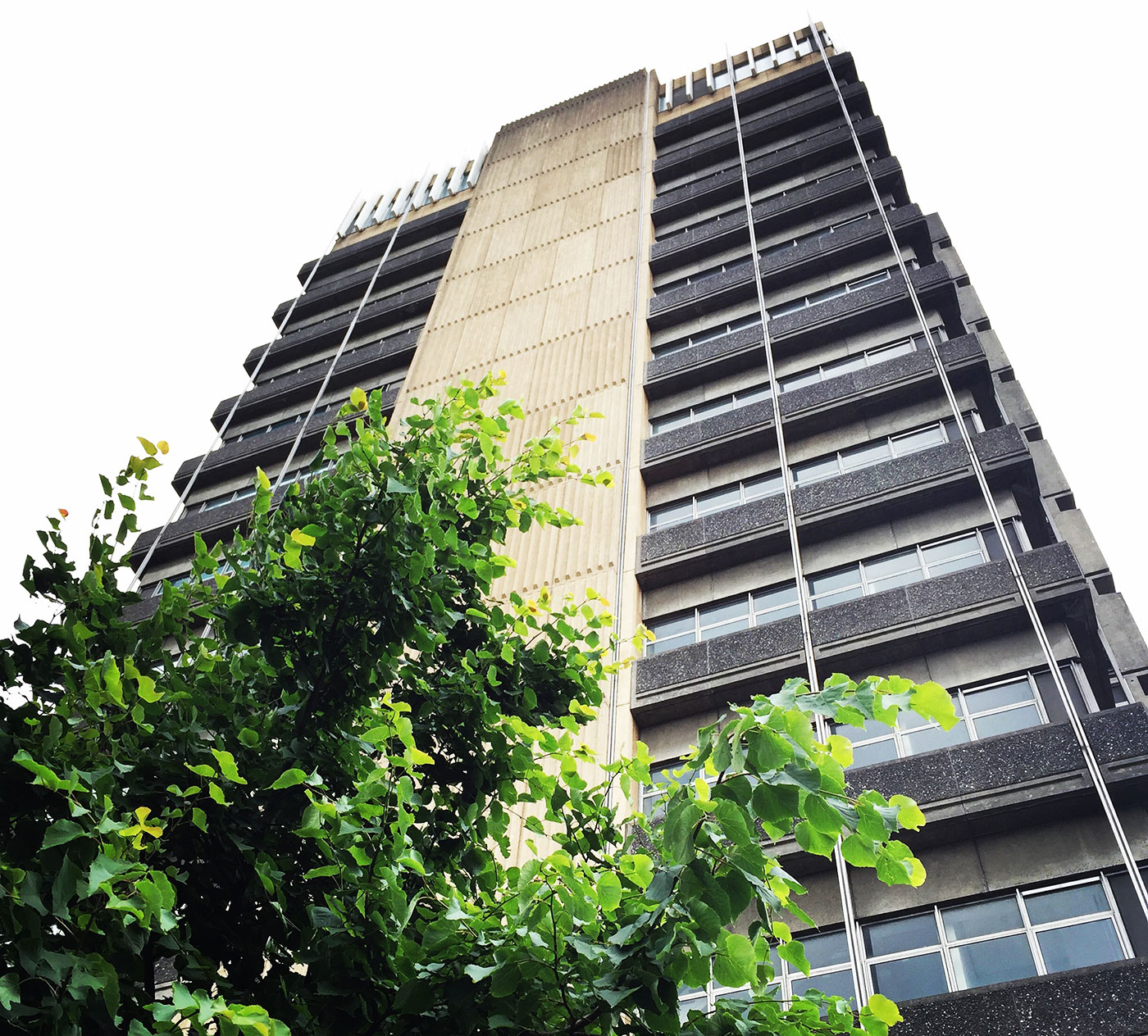 Now this one, tucked round the back of the Old Town, not far from Matthew’s Yard, was built a bit later than the rest. It is possibly what a lot of people would describe as conventionally ugly. Officially brutalist in style, it doesn’t have the palatable mosaic coverings of some of the earlier Croydon skyscrapers. There’s definitely no avoiding its concrete, but when I gaze up at it I find it reassuringly solid. And this is just as well, as stories have it that it was a Soviet military target at one point, as BT controlled the whole of the South East’s telecoms from here. Also it’s apparently built over one of the old trout ponds, presumably from the time when the land was part of the Archbishops’ estate. But this could just be legend – I wonder if any BT employees have ever encountered a ghostly medieval fisherman? 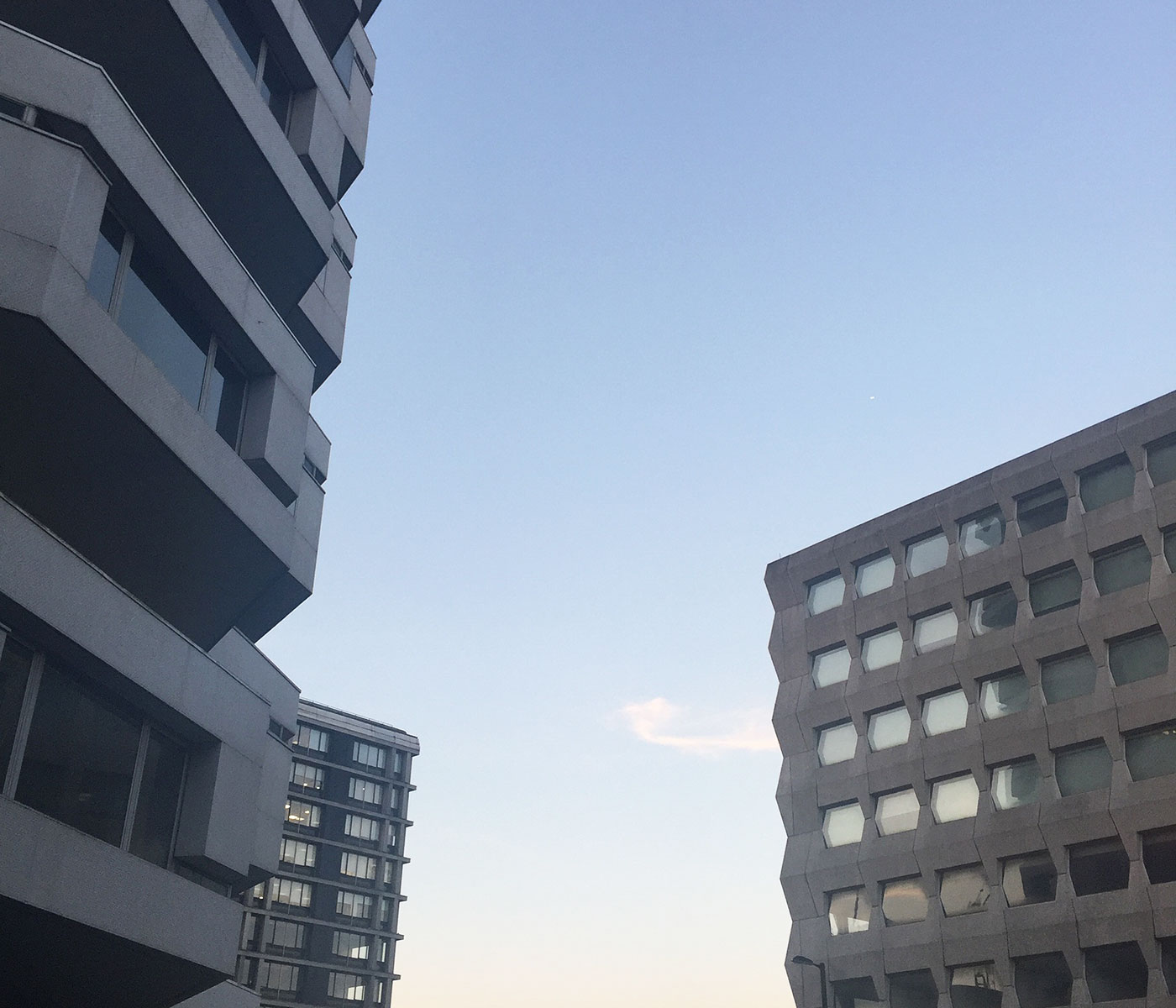 I want to mention just one more building, and that’s the Easy Hotel (formerly Alico House). I think of it as No. 1 Croydon’s friend, sitting just over the road as it does. The whole building undulates – it’s all hexagonal windows and zig-zagged cladding, and I think it complements No.1 Croydon very well. However, I don’t know anything about it. If someone does, I’d love to know more.

If this has whet your appetite for Croydon’s 60s skyscrapers, check out John Grindrod’s top 10 monuments here.

Geeky fact: the piloti at Saffron Square were included as a reference to those at Corinthian House. Don’t Apollo House and Lunar House both have satellite pods? I’m always fascinated by what appears to be a house complete with garage on top of Grosvenor House (Leon House’s little sister.)

We always like a geeky fact – thanks Ian. And we didn’t realise Lunar had a satellite pod too. We’ll be off to have a look next time we’re in the vicinity.

Hi, I love this article and have returned to it several times over the last few years!

I especially love that photo of Leon House – do you have any info on who took the pic or where you got it from? I’d love to get permission to use it.

Hi there Tom, glad you like the article. The Leon House image was taken by us – drop us an email (details on contact page) about permissions.

I have fond memories of Croydon/Leon House from 1977-79 when I worked on the 11th and 20th floors for Tylin Management Systems. They were fine work colleagues and I wonder what happened to them all.

Great article, thanks.
I was born on the site of Lunar House (previously a small nursing home) in the days when the Whitgift Centre site was still Trinity School. My first job was on the 16th floor of the brand new Leon House, doing marketing analysis for Tate & Lyle. Nice to learn all the architectural background after all these years.