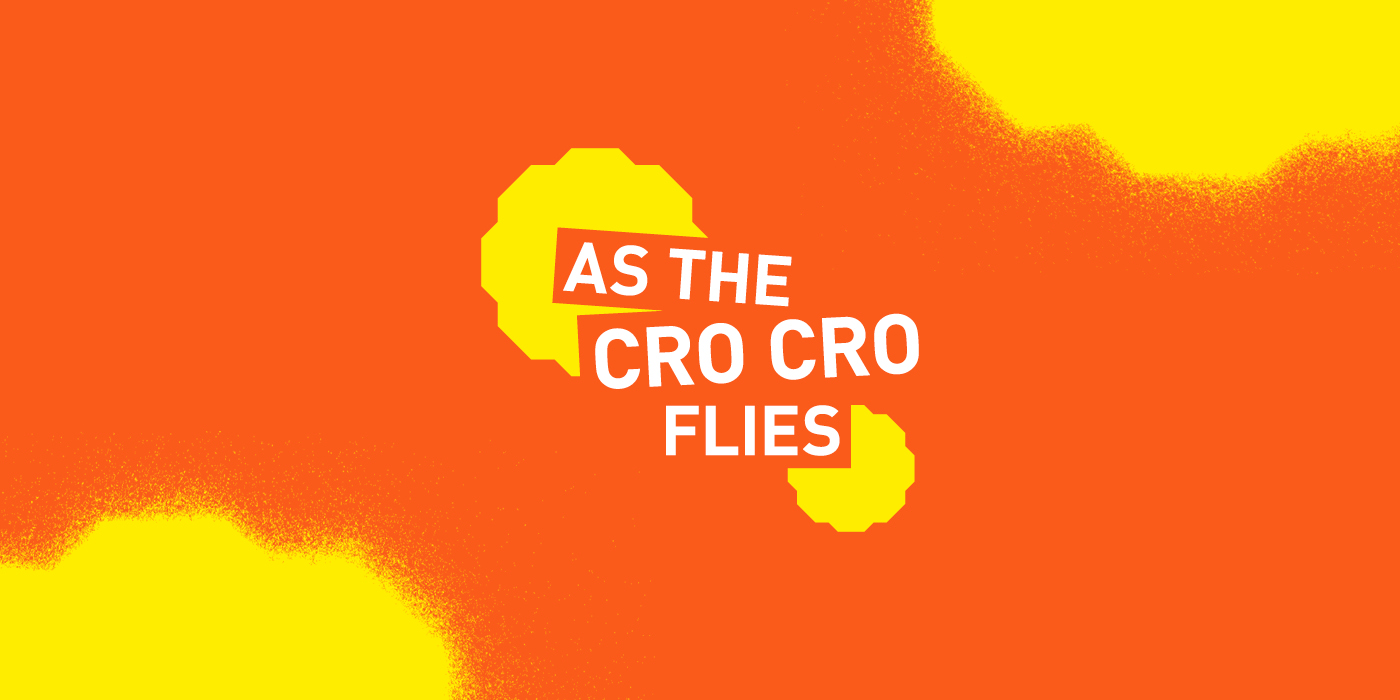 This week sees the launch of our brand new ‘As The Cro Cro Flies‘ monthly music night at The Front Room where we promise to bring some of the UK’s most exciting bands to Croydon, whilst also supporting local talent.

On Thursday we bring you ARXX. A duo that are one of the UK’s hot tickets. They played our new band stage in 2019 for Cro Cro Land but fast forward to today and they are signed to Subpop Publishing, hit 1.7 million streams, been blasted out across Radio 1, BBC 6 music, Radio X and BBC Introducing, plus they’re appearing on loads of festival bills and tour support slots across the UK and beyond. See this band now. Their live set does not disappoint!

In support we have local band, Ski Lift who have also been making many a music industry insider, sit up and take notice. In fact it was Radio X DJ John Kennedy who recommended that we give this band a listen. During lockdown Ski Lift  played livestreams for BBC Horizons and NYC’s Colossus Festival and their singles made it on to major stations such as BBC 6 Music.

To top off the night we also have above mentioned John Kennedy on the decks. So all in all, it’s a very exciting bill.

If you haven’t got a ticket yet, you can get one here.

We were lucky enough to grab an interview with our headliners ahead of this Thursday’s show. So let me introduce to you Hanni and Clara a.k.a ARXX.

Croydonist: You’ve probably been asked this a billion times, but for our readers that don’t already know you, how did the blazes did it all begin? Where did you meet and what were you wearing (joke)?

ARXX: We both started playing in different bands, in the same scene (DIY feminist).  Hanni’s drummer left for Australia and Clara auditioned. We quickly realised we were both as weird as each other. We were probably both wearing stripes and band t-shirts.

Croydonist: Band names are a pain to agree. What were the contenders before you landed on ARXX? And why ARXX?

ARXX: It was actually only ever ARXX!  It started as ARX but we quickly realised that this was the same as an assault rifle, so we added another X. The reasoning behind it is strictly secret.

Croydonist: Things have been on the up, up for you both, 1.7 million streams, signing to Subpop Publishing and many an appearance at a festival and tour support slot. Any advice for new artists out there trying to climb the ladder? It’s more than just showing up to band practice and writing songs in your bedroom, right?

ARXX: Firstly, thank you! The last year has been super exciting. Actually, showing up is a surprisingly huge part of it. Finding people who have the same commitment is difficult. Use your community to figure out how to do things, but if you want to do something don’t wait around, figure out how you can do it! We put ourselves on our first European tour by messaging people on social media and getting in Hanni’s car and driving there. We had no idea what we were doing but knew we wanted to go and we figured it out along the way.  Maybe our biggest piece of advice is to just be nice to people along the way, especially those who go out of their way to support you!

Croydonist: You’ve been on a bit of a journey musically with recent songs driving more of a dirty pop edge. Was it a conscious decision or merely a natural progression based on what you are currently being inspired by?

ARXX: All of our writing is completely “what happens on the day”. We’ve never felt constrained by genres. The move towards a poppier sound is through a need to have fun playing the songs on tour.  And we also both LOVE shit pop.

Croydonist: You played Cro Cro Land 2019 and are playing our party this coming Thursday at The Front Room.  Our ethos has always been to deliver events that are gender balanced and representative of society. Live events seem to be the only sector where there aren’t policies to ensure fair representation. How important is this and that events like this exist?

ARXX: For us, if it wasn’t for the representation we’d seen as children then we wouldn’t be musicians today. So for us it’s massively important! For Hanni it was Sister Rosetta Tharpe, Joan Jett, Kate Nash and for Clara it was Cherisse Osei (drummer for MIKA), P!nk, Avril Lavigne. So for us events like Cro Cro Land, Loud Women and Get In Her Ears are really essential pillars to the music scene.

ARXX: impossible to answer, we love both.  I think it’s time we stop pitting them against each other and celebrate them both equally.

ARXX: Red wine for Hanni, no wine for Clara

ARXX: Coffee for Hanni in substantial amounts, neither for Clara ( loves a chocolate milk though).

Grab your As The Cro Cro Flies Tickets here. The event is supported by Arts Council England. 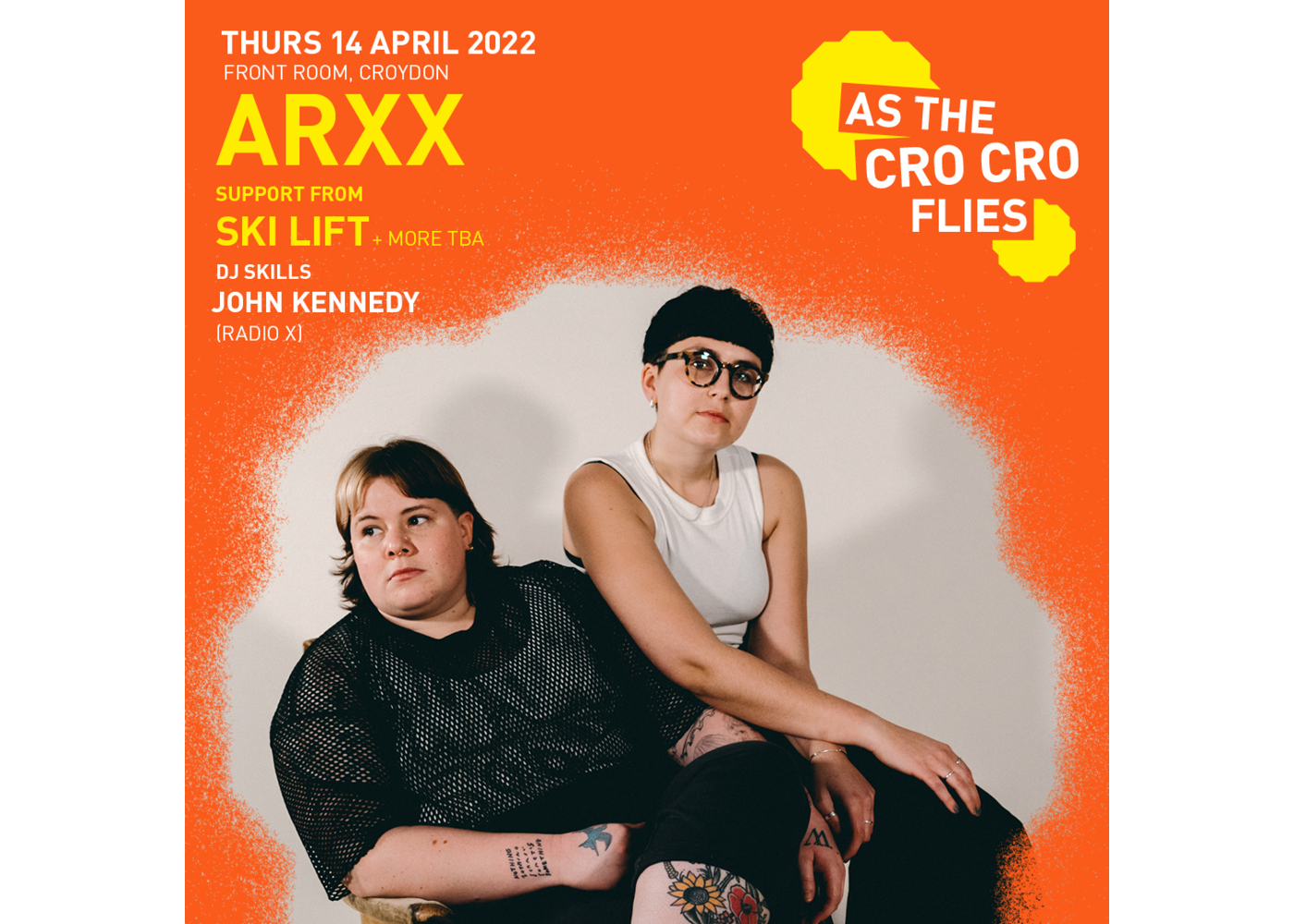