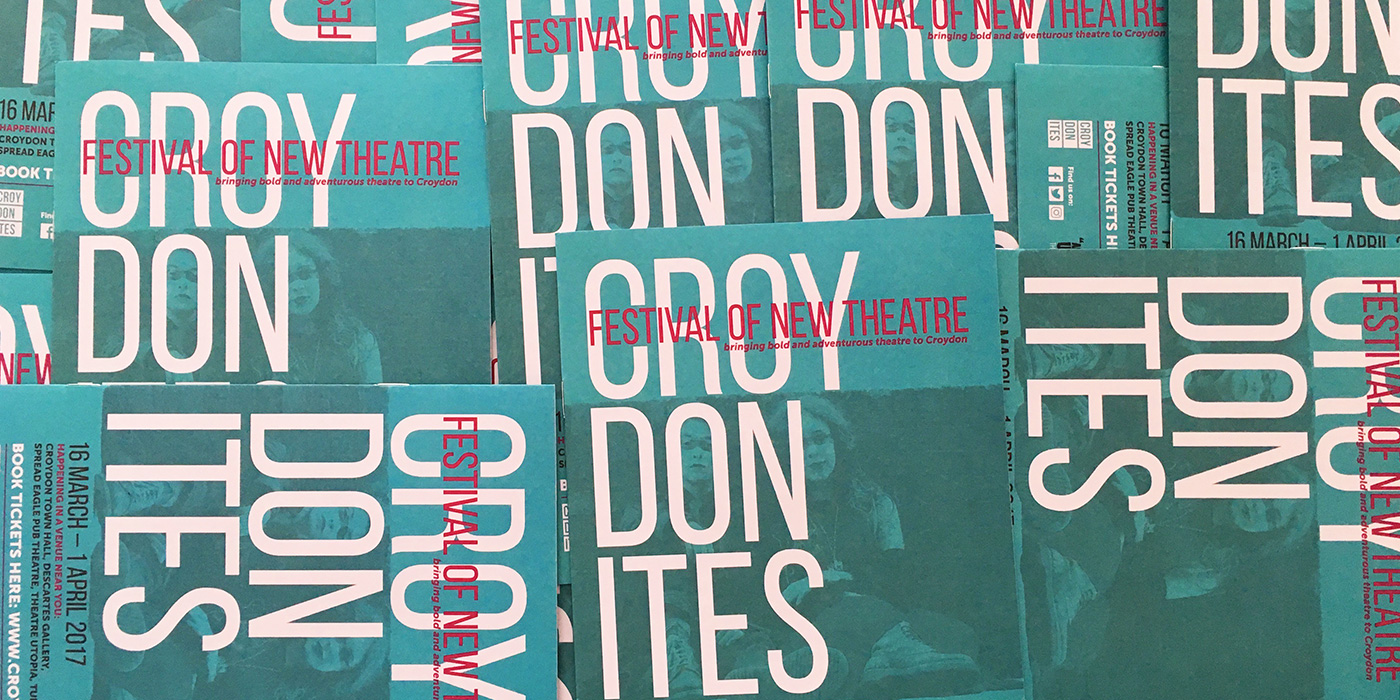 Next month there’s a theatre festival in town – that’s right folks, Croydonites Festival of New Theatre returns for its second year, running from 16 March to 1 April. A number of Croydon venues, from Theatre Utopia, and DescART.es, to The Spread Eagle, Turf and even the Council Chambers, will play host to a range of performances.

The festival brings together talent from our own fair borough as well as companies from beyond. Expect to see a series of wonderful and diverse theatre from the celebrated ‘Sh!t Theatre’, to Jamal Harwood, Parabolic and more. 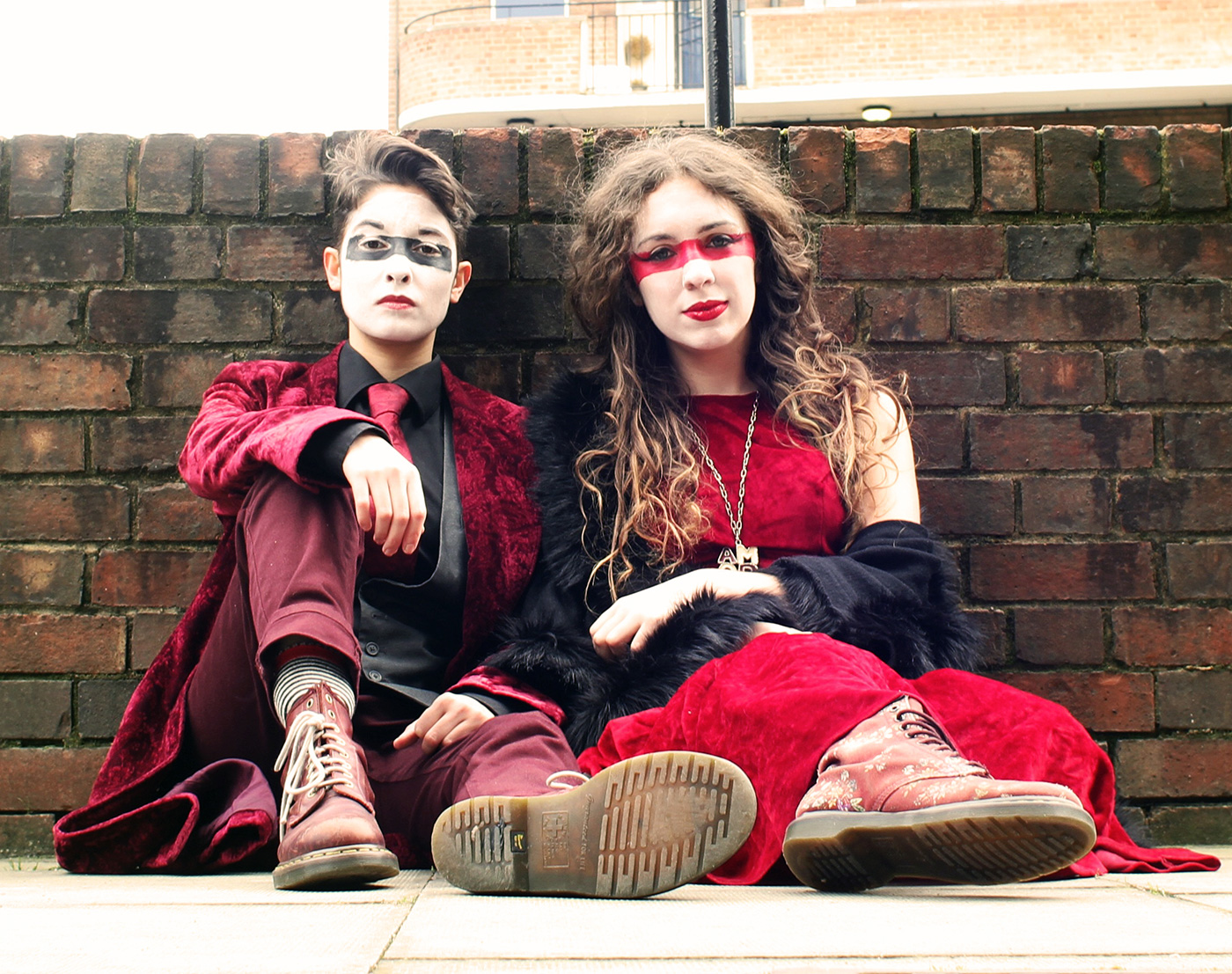 We’ve booked to see three events already, so we were excited to have a drink and a chat earlier this week with the director of Croydonites, Anna Arthur, as well as Jenny Lockyer, who is writing, directing and performing a piece commissioned especially for the festival.

Croydonist: Firstly, Anna, how did you become director of Croydonites?

Anna: I worked in contemporary dance for about 25 years. About five years ago I started watching more and more theatre and I just had this idea to do something in Croydon. There were arts programs at the Clock Tower and the Warehouse Theatre which aren’t there anymore, so I felt like there was a gap. I was going to call it Cringe Festival for Croydon Fringe Festival! But there was divided opinion on the name so… I ended up with Croydonites instead.

Croydonist: We hear that three of the companies performing in the festival are Croydon based. So first off, Jenny, you’re Sutton born, but a Croydon convert now. We’re very much looking forward to your play about our borough’s famous aviator, Amy Johnson. (If you haven’t heard her name, readers, you need to visit Croydon Airport Visitor Centre). Why did you decide to do a piece on her?

Jenny: I found the way she thought about things absolutely fascinating, so I wanted to get into her head.  She was a determined young woman who was faced with a lot of challenges, as you can imagine for the time. She was so focused on the things she wanted to do, as in fly! But not just a small flight, she wanted to fly to Australia, despite only ever having flown the distance from London to Hull. She had absolute faith in herself. She totally believed that she was capable, and she was. She was just extraordinary, although she says she wasn’t – she was very adamant: ‘I’m not an extraordinary woman, I’m just someone who has done extraordinary things’, which made me think, if we had the resources available to us, who knows what we can achieve. 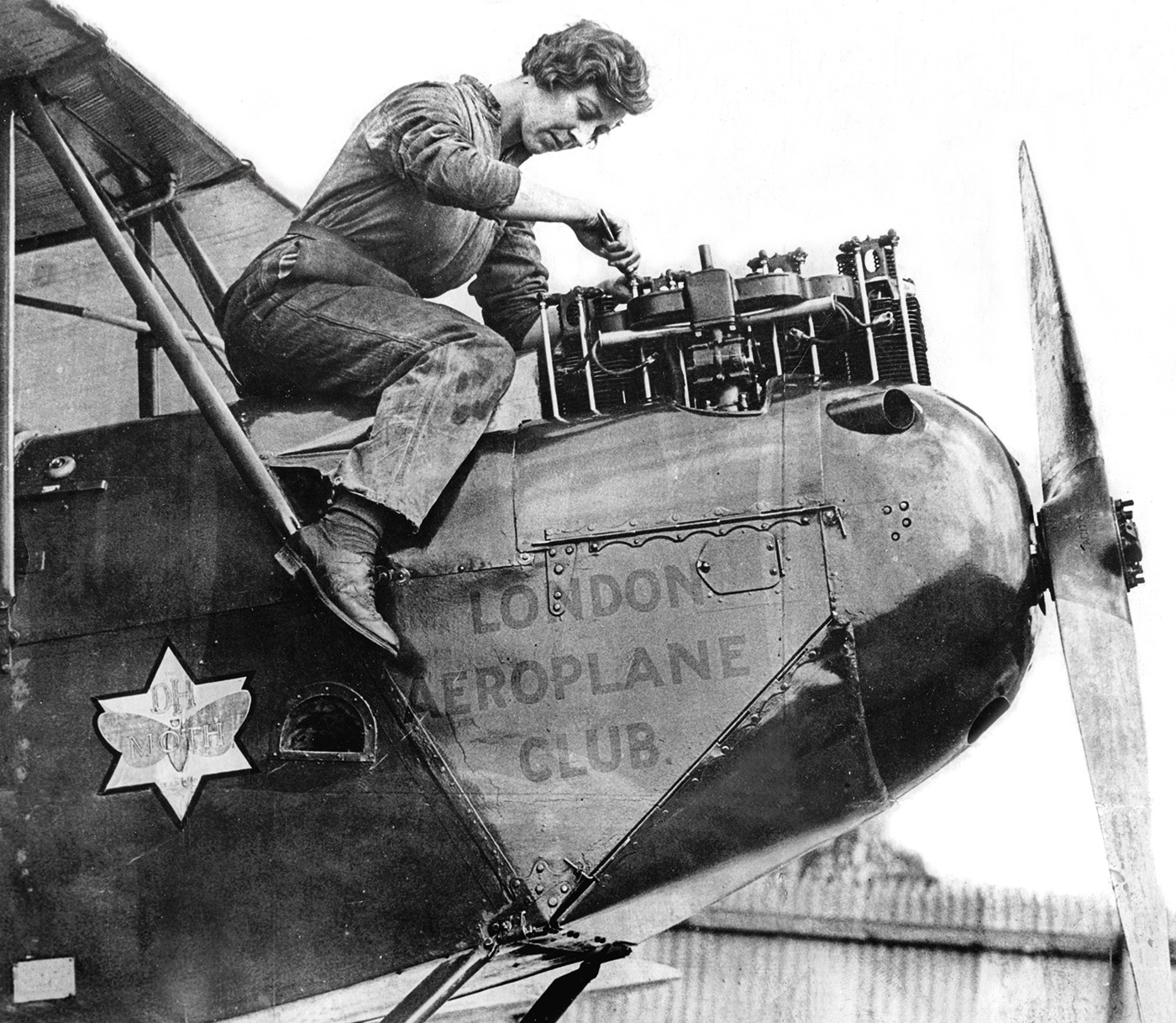 Croydonist: So Amy’s first flight was at the tender age of 26 and she sadly died only 11 years later. We hear your piece is based on what would have happened had she lived.

Jenny: Kind of, I can’t really pin it down. I don’t think she was finished. I wanted to explore where she might have gone. Without wanting to give too much away, she was very clued up about technology at the time. The capabilities of aviation – she was so inspired by that. I think she would have put two and two together and actually come up with four and said, ‘right, I want to go higher, I want to go right up’ (Jenny points up).

Croydonist: We’re now wondering if the first person on the moon would have been a woman called Amy, had she lived…

Jenny: I’ve done lots of musical comedy – stand-up. Before that I was doing monologues and character comedy. I started writing my own material and my own songs. I played guitar, to go with these balmy songs. When I went to drama school I studied puppetry – puppetry mixed everything together really: design; performance; voice work; characters. I loved it. ‘Amy’ is me getting back to what I did years ago, where it’s just me, the audience and the thing that happens – without a guitar in the way. 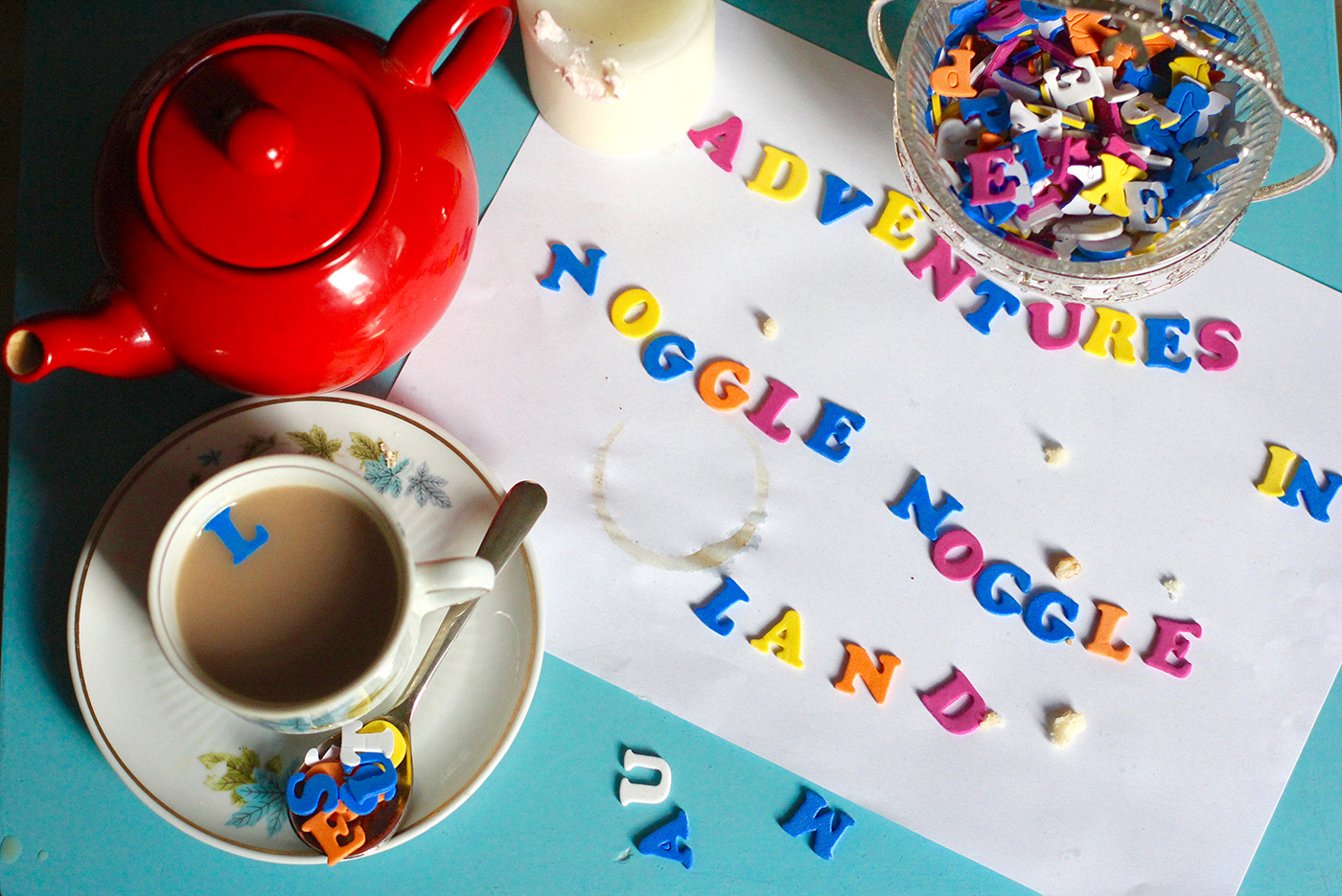 Croydonist: The second Croydon-based company is Anita Wadsworth. Her piece, Adventures in Noggle Noggle Land is on at Turf. Tell us more.

Anna: It’s a storytelling experience. Everyone sits on cushions, and she serves vodka. Anita makes a lot of work for children, so she’s doing the adult version at 9pm on the saturday and she’ll do the kids show the next day, minus the vodka. It is a bit of an installation that she creates, so I just thought Turf would be the perfect space. I wanted to use venues as well that people might not have been to. 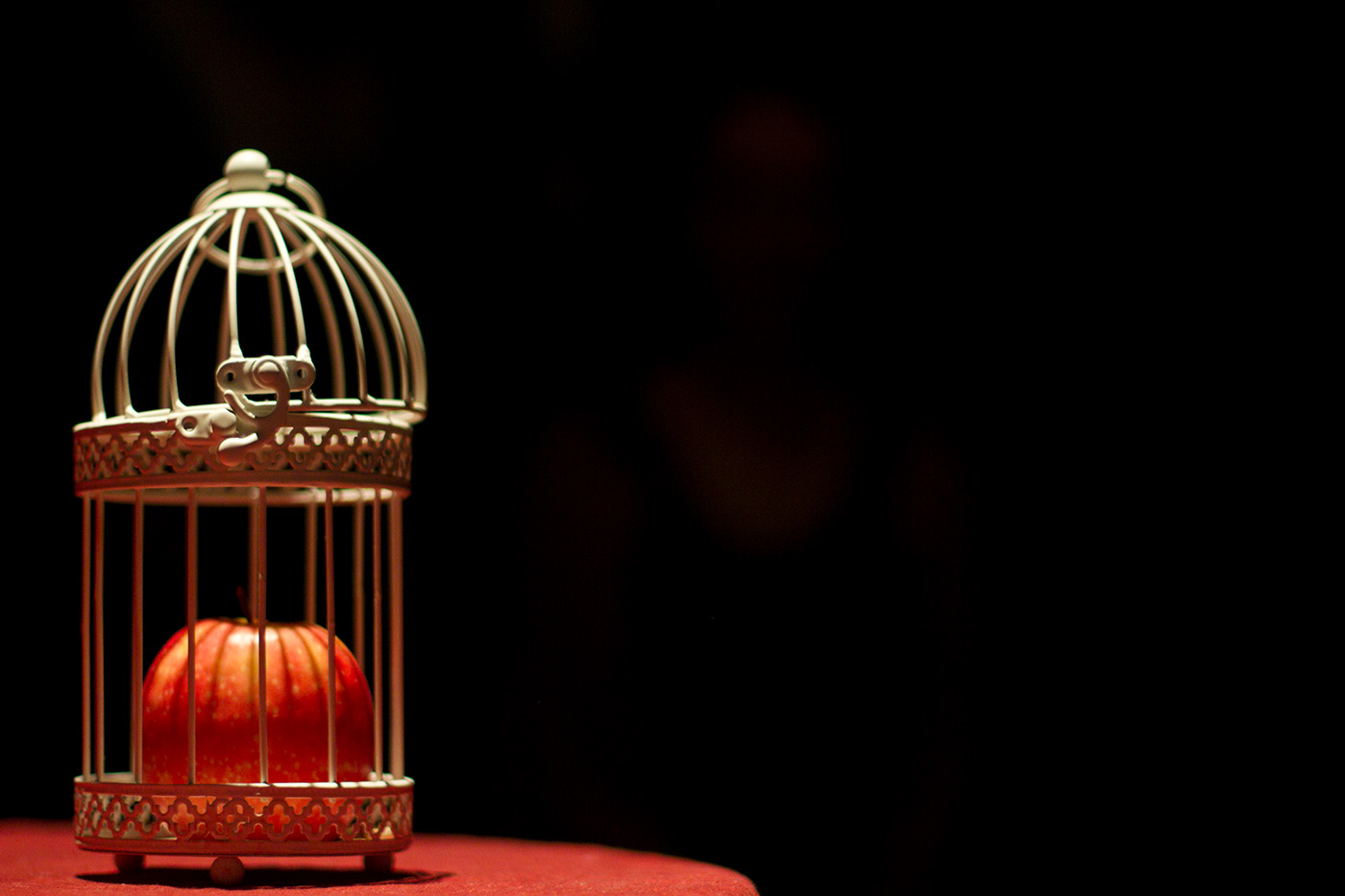 Croydonist:We’ve also booked tickets to see Parabolic’s work. This is the third Croydon-based company in the festival and it’s run by Owen Kingston. Without giving too much away, can you give us a clue as to what to expect from the piece. It’s interactive, so should we be expecting something along the lines of Punchdrunk?

Anna: Owen worked with Punchdrunk actually, and he’s also been in You Me Bum Bum Train. It won’t be quite on the scale of these though, as it’s a one person performance. If we use the space that we hope to use, it will be in a big area so he can set up a big installation. You don’t sit down so you’re free to roam around and explore the space.

Croydonist: We heard there’s something about polar bears. What’s that all about?

Anna: That’s Jamal Harewood – the polar bear piece is astonishing. But if I tell you about it, it kind of ruins it. The premise is that you go and have an experience with a polar bear. It’s a bit of a risky piece, because it really depends on the audience to drive it. 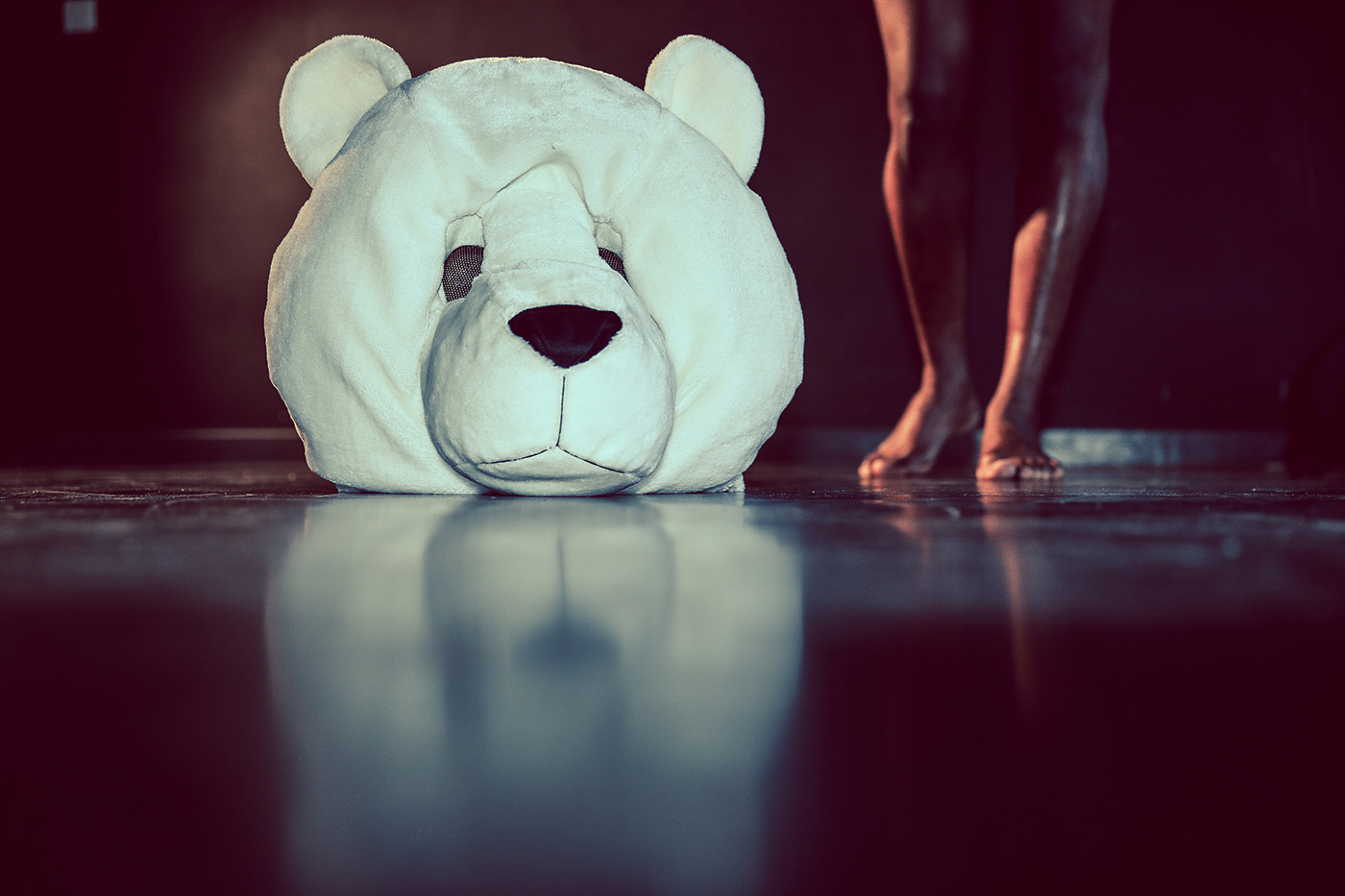 Croydonist: A drink in the Spread Eagle, Dog & Bull, Matthews Yard or Shelverdine Goathouse?
Anna: I always end up in Matthews Yard.
Jenny: Spread Eagle has become a haunt, because I’m doing rehearsals there.

Croydonist: A wander round a gallery – Turf, DescART.es, Click Clock Gallery or RISE?
Anna: DescART.es, I like the stuff there. Colourful.

Croydonist: A film at David Lean, Purley Way, Grants, or Stanley Halls?
Anna: I usually take the kids, so it’s Grants for me.
Jenny: For quirkiness it’s David Lean.

Croydonist: A walk in Lloyd Park, Wandle Park, Coombe Wood or Addington Hills?
Anna: I’m in Wandle Park at least once a day with the dog.
Jenny: I love Coombe Wood.

Croydonist: Shopping on Surrey Street, Purley Way, Whitgift or Crystal Palace Triangle?
Anna: I really like Surrey Street – I come here on saturdays to buy fruit and veg and fish.
Jenny: Crystal Place is quirky and great – the vintage stuff is brilliant – I saw a great flying helmet…

And on that note we’ll leave you to buy your tickets to the Amy Johnson play and the other Croydonites events. We’d hurry though as we hear they’re selling out fast.

Parabolic’s Morningstar runs from Thursday 16 March to Saturday 1 April at a secret location.
Sh!t Theatre’s Letters to Windsor House is on Friday 17 March at the Council Chambers.
Getinthebackofthevans’s Oral is at Descart.es on Sunday 19 March
Jenny Lockyer’s Amy Johnson: Last flight out is at The Spread Eagle Pub Theate on Thursday 23 and Saturday 25 March
Anita Wadsworth’s Adventures in Noggle Noggle Land is at Turf on Saturday 25 and Sunday 26 March.
Jamal Harewood’s The Privileged is at Theatre Utopia on Wednesday 29 March.
Shane Shambhu’s Confessions of a Cockney Temple Dancer is on at Braithwaite Hall on Friday 31 March.
Zella Compton’s How to be a girl! is on at Theatre Utopia on Thursday 30 and Friday 31 March.

For full listings and tickets visit croydonites.com. Thank you to Anna and Jenny to chatting to us.