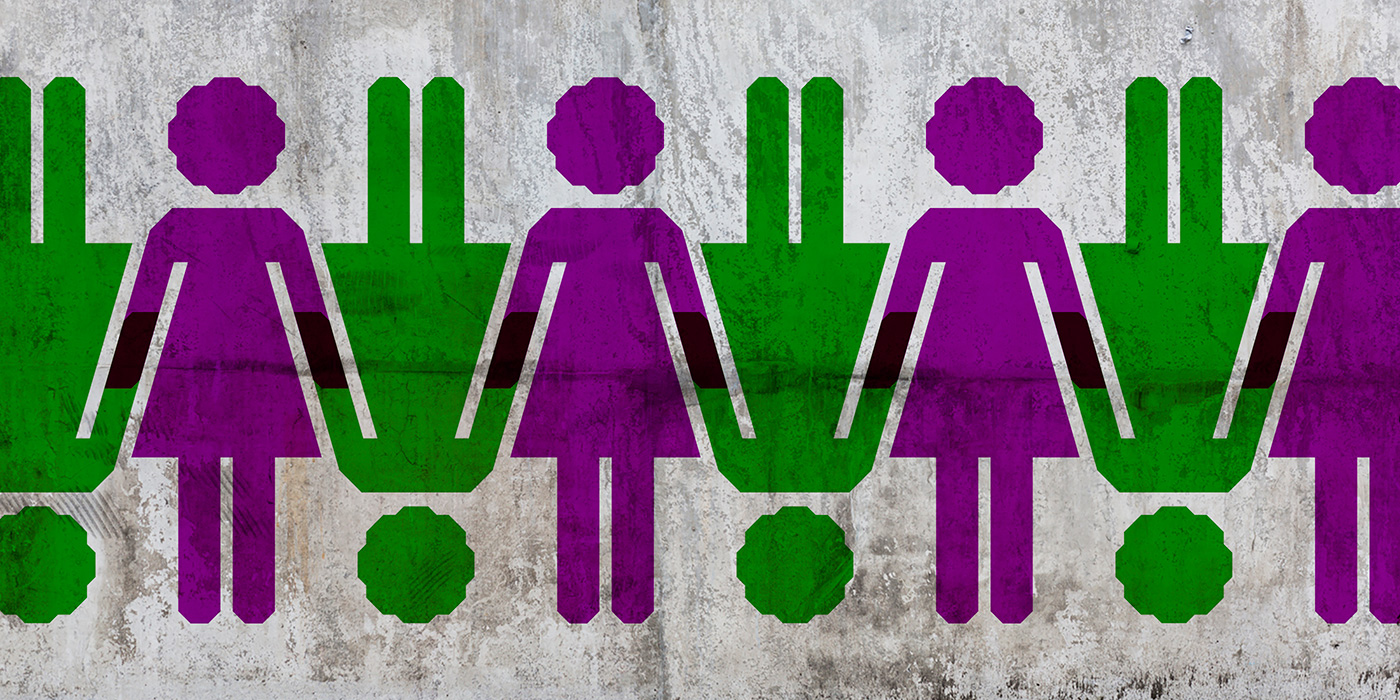 As I’m sure you all know by now, this year we are celebrating 100 years since our Parliament allowed the first women to vote. That of course makes this year’s International Women’s Day next week, on Thursday 8 March, a particularly special one.

The theme for 2018 is ‘Press for progress’ – we may have come along way towards gender parity in the last 100 years, but quite frankly it’s been a slow process, and what with the sexism exposed in various industries recently, we’ve still got some way to go before gender is no longer an issue.

It is therefore an important day to mark, so we wanted to look at some of the things that the people of Croydon are doing to celebrate #IWD2018. 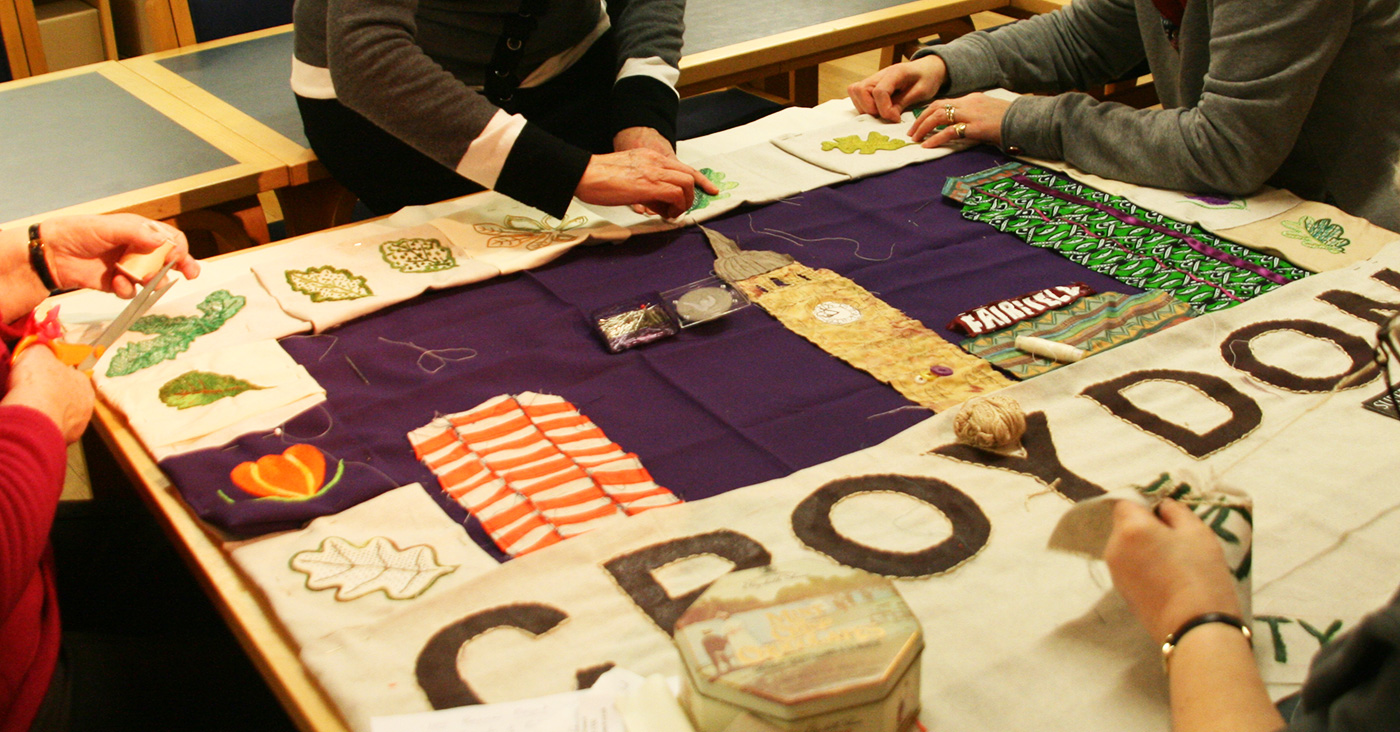 Photo courtesy of Museum of Croydon

This year’s London March for International Women’s Day takes place this coming Sunday, 4 March. The Museum of Croydon joined other London museums, arts organisations and archives to take part in the 100 banners project, to celebrate #Vote100 and create banners for #MarchForWomen.

The museum worked with members of the community to produce a series of banners inspired by the borough and its history, including a depiction of our Croydon skyline, as well as a banner inspired by Dorinda Neligan – the first head teacher of Croydon High School, who was also an active suffragette when she retired from teaching. 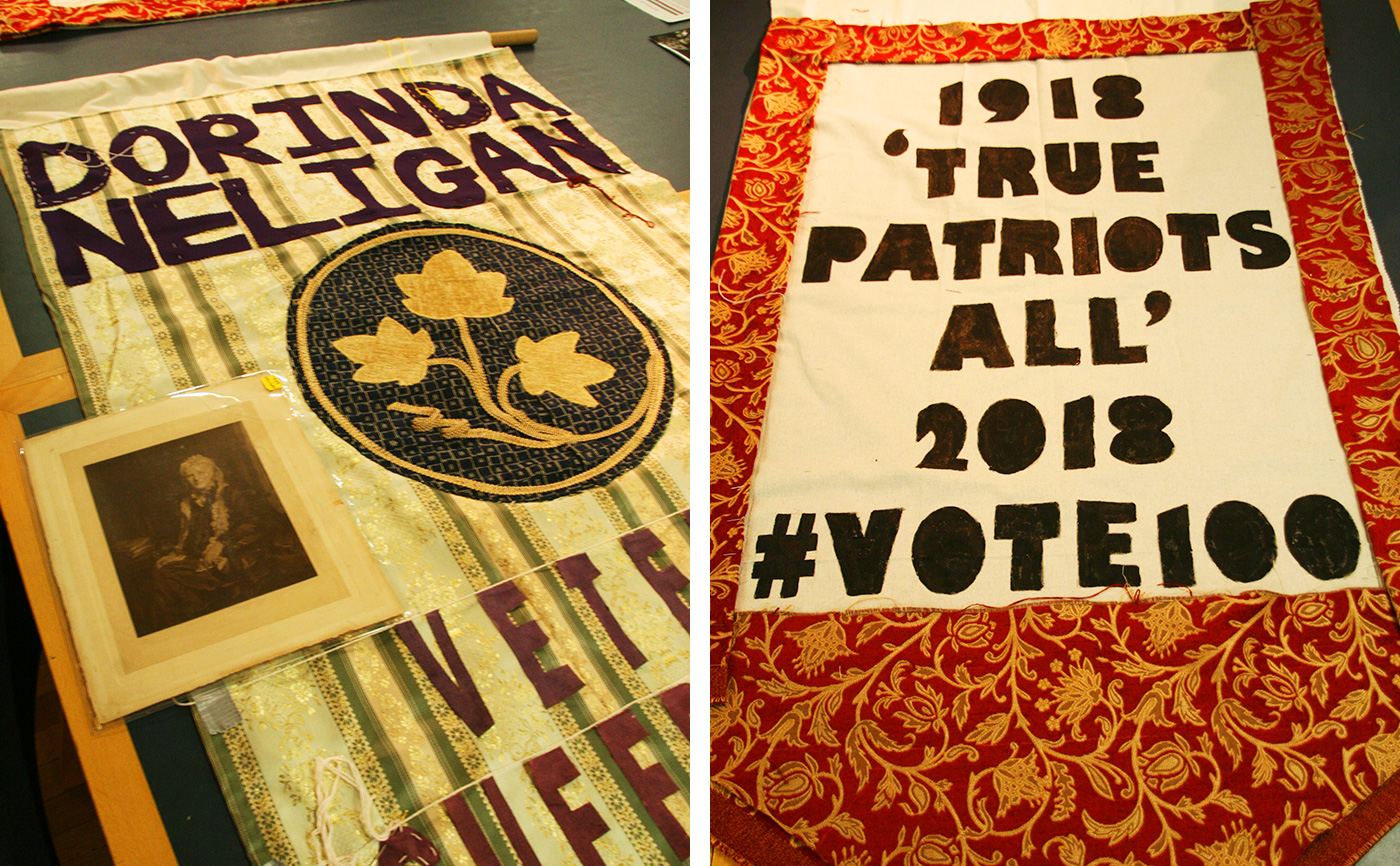 Photos courtesy of Museum of Croydon

Some of the people involved in the Croydon banners will take them to the women’s march from Parliament to Trafalgar Square this sunday. Led by Helen Pankhurst, (great granddaughter of Emmeline Pankhurst) and organised by Care International the march should be an inspiring event. If you want to attend you can sign up here.

If you miss seeing the banners on sunday they will also be displayed at the Royal Albert hall on International Women’s day (next thursday) and then form part of the WOW Festival at the Southbank on 10 and 11 March. They will return to Croydon afterwards and join the collection in the museum. 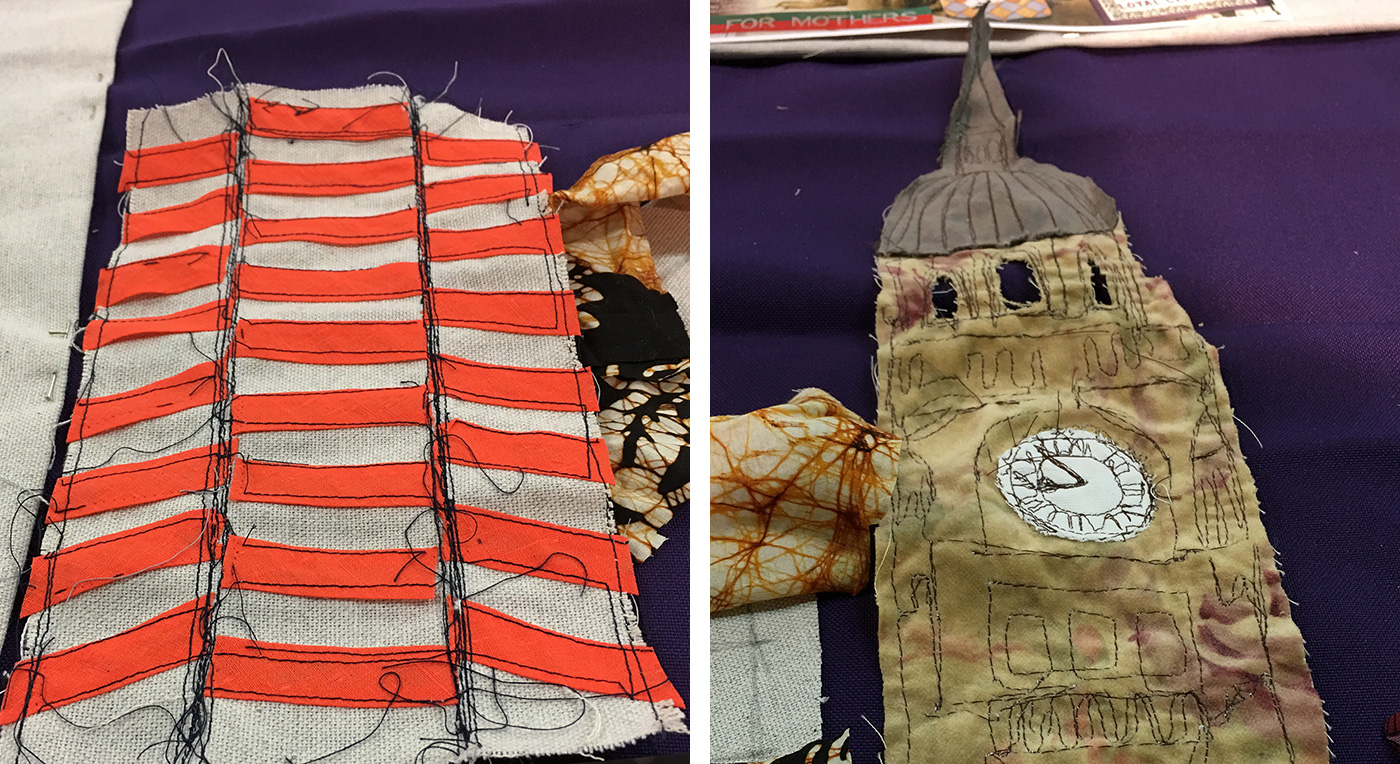 We had a quick chat with Croydon-inspired artist Tina Crawford who created the skyline banner with the Croydon Embroiderers’ Guild.

Croydonist: Could you tell us how you got involved?

Tina: The Museum got in touch, they were looking at doing a skyline of Croydon and someone on board knew of my skyline design. She asked if I’d be interested, of course I said yes!

Croydonist: Did you choose the buildings?

Tina: I was asked to do the Clocktower but I was determined to get the NLA Tower in and offered to do that too.

Croydonist: We’re very glad you did. What does the 100 year anniversary mean to you?

Tina: 100 years of the vote actually makes me feel quite sad in a way, it wasn’t for all women, it just highlights austerity more. It was so much later on that everyone got the vote and had equal say. That said, it was a landmark step and is more about the lengths those incredible suffragettes went to and no one should forget it, everyone should always use their vote! 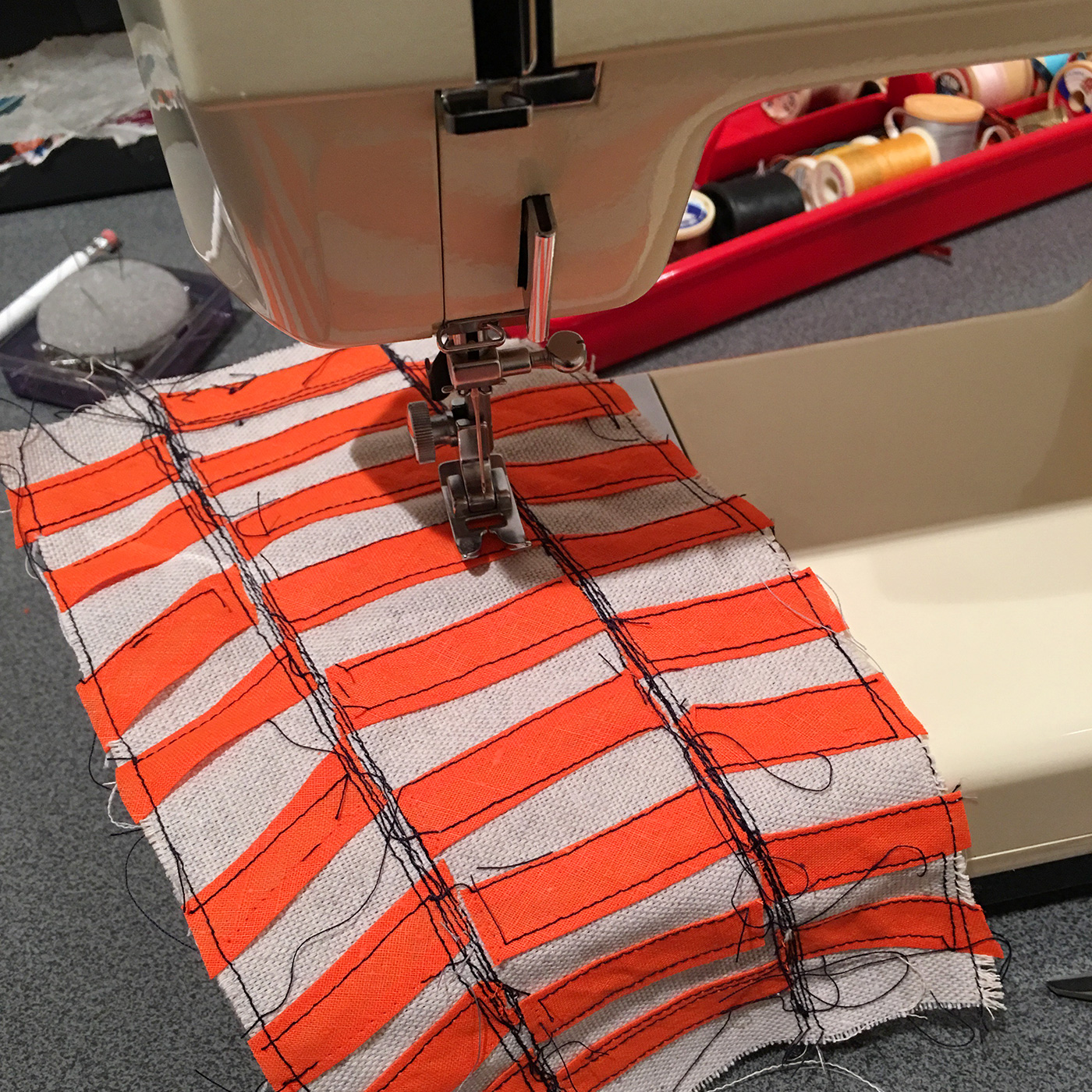 On the eve of International Women’s Day, next wednesday (7 March), Croydon Council’s Women’s Staff Network, will be hosting an early evening event at Boxpark to celebrate the achievements of local women. There will be musicians, dancers, speakers, some short films, and a panel discussion of some of Croydon’s women leaders. Running from 5.30pm until 8pm it’s billed as a family friendly event. It’s free to attend but make sure you register on Eventbrite here. 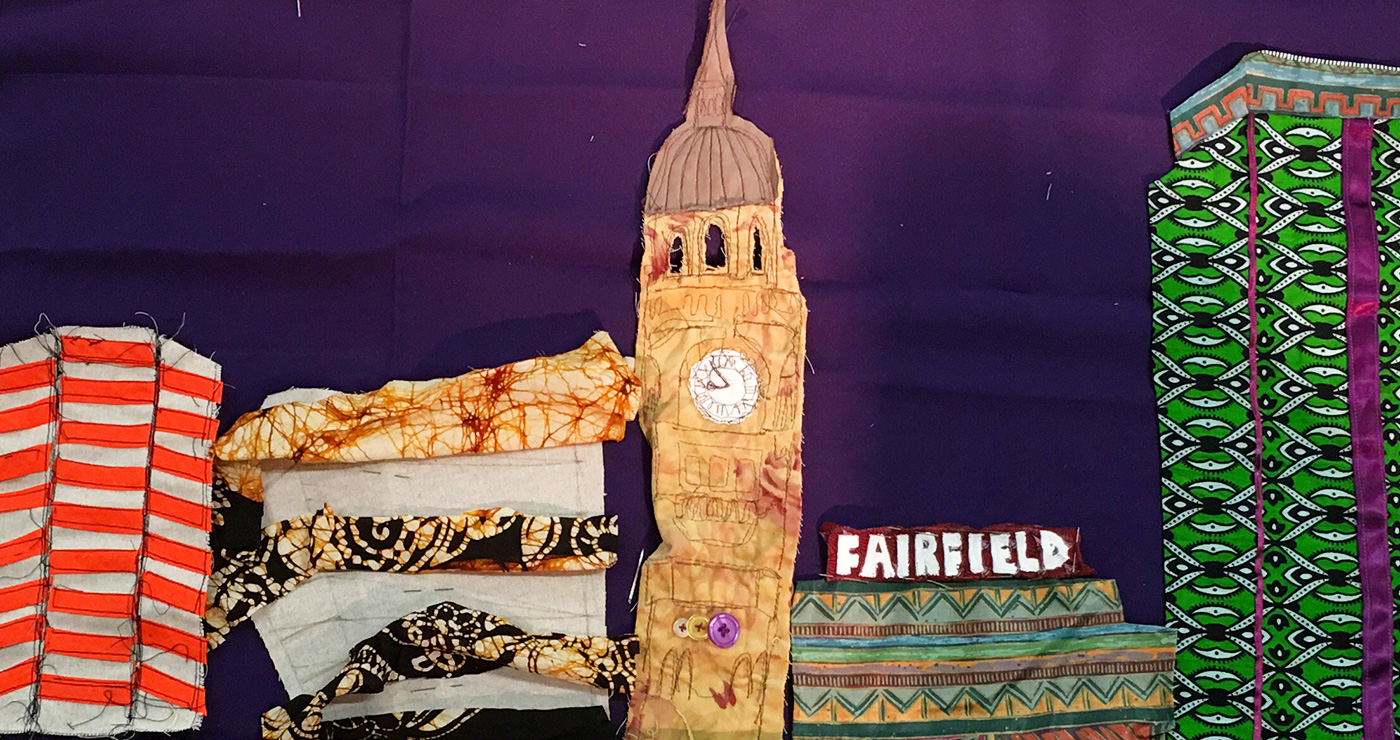 In February the brilliant Croydon Cycle Theatre duo Amy Foster and Vanessa Hammick hosted ‘Up The Women’ at the David Lean Cinema to celebrate #Vote100. They continue their #Vote100 season on International Women’s Day with an organised rally ride in Croydon called Pedal for Progress (see what they did there with this year’s IWD theme).

There are two routes to choose from – a 10 mile loop starting in Queen’s Gardens, Central Croydon at 5.30pm and a 5 mile one way ride starting at Cycling Made Easy in Coulsdon at 6.45pm.

Anyone can join, including children, but you must be able to stop and start safely on your cycle and be able to comfortably ride at least 4 miles. Cycle lights are a must too, as it will be dark from about 6pm.

It sounds like the ride will be a lively affair with a party playlist of selected #IWD2018 tunes to accompany the riders.

The route will finish at Matthews Yard around 8pm, for rally speeches, including stories from Miranda Roszkowski’s 100 Voices for 100 Years project.

Croydon Cycle Theatre are encouraging participants to wear something purple (the IWD colour of suffrage), but also not to forget to dress sensibly for the weather. Obviously bring along your bike, unless you want to book in advance for one of the available e-bikes.

It’s free to take part but you need to register here. 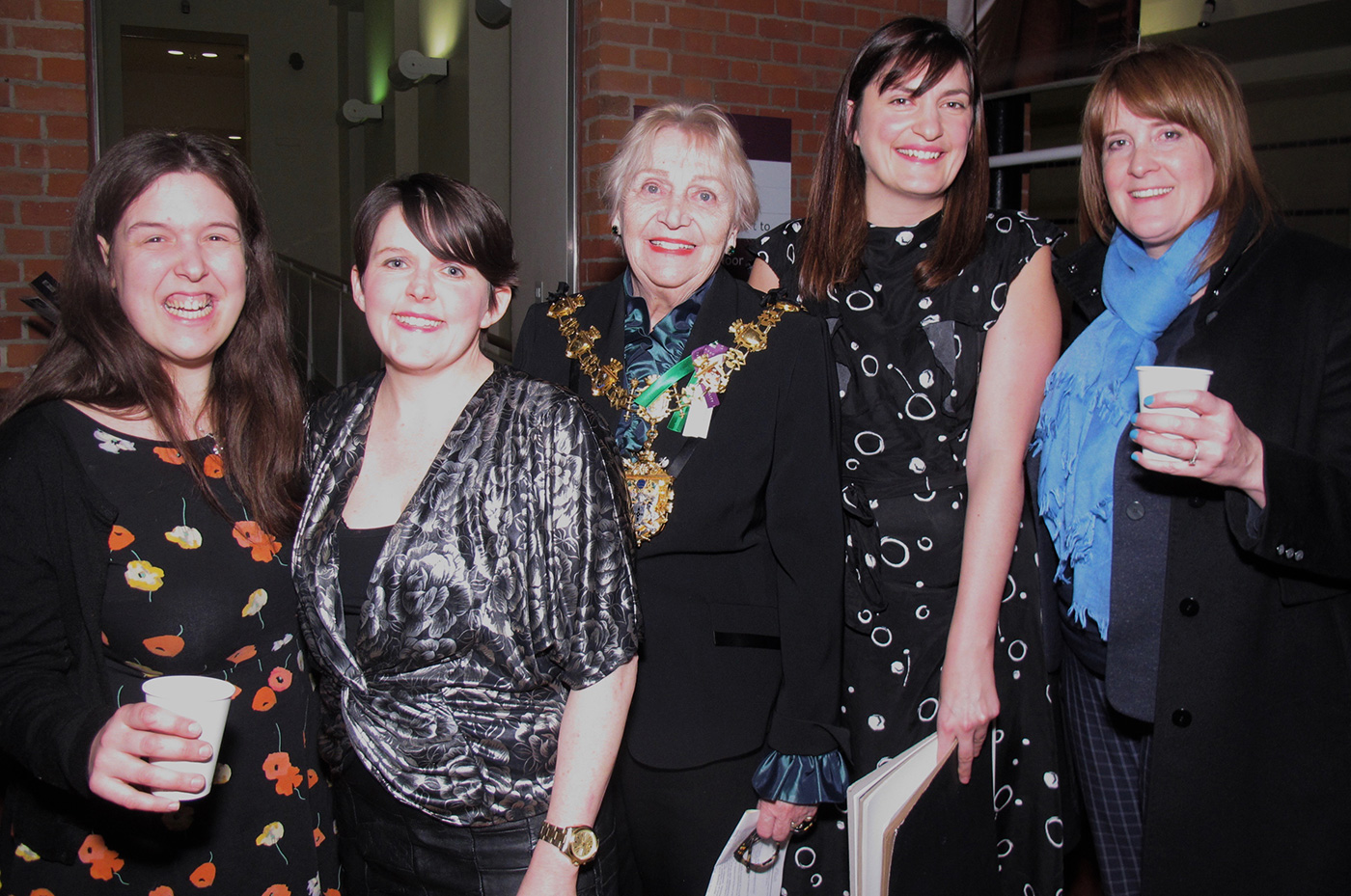 We’d love to hear how other Croydonians are pressing for progress for IWD2018. So please do tweet us with any of your Croydon events.

*We’ve said ‘bikes’ because we like alliteration, but it doesn’t have to be limited to the two-wheeled variety as Croydon Cycle Theatre are inclusive of all types of cycle.

Also worth mentioning that the Museum of Croydon’s regular Saturday family craft session on 10 March will be themed around International Women’s Day! It’s a free, drop-in workshop running from 11am to 4pm. More info here: http://www.museumofcroydon.com/ixbin/indexplus?record=ART4963

For some history of the fight for women’s votes in Croydon see
https://thecroydoncitizen.com/history/croydons-suffragettes-what-we-kno/
and
http://historyandsocialaction.blogspot.co.uk/2017/12/campaigning-for-votes-for-women-in.html