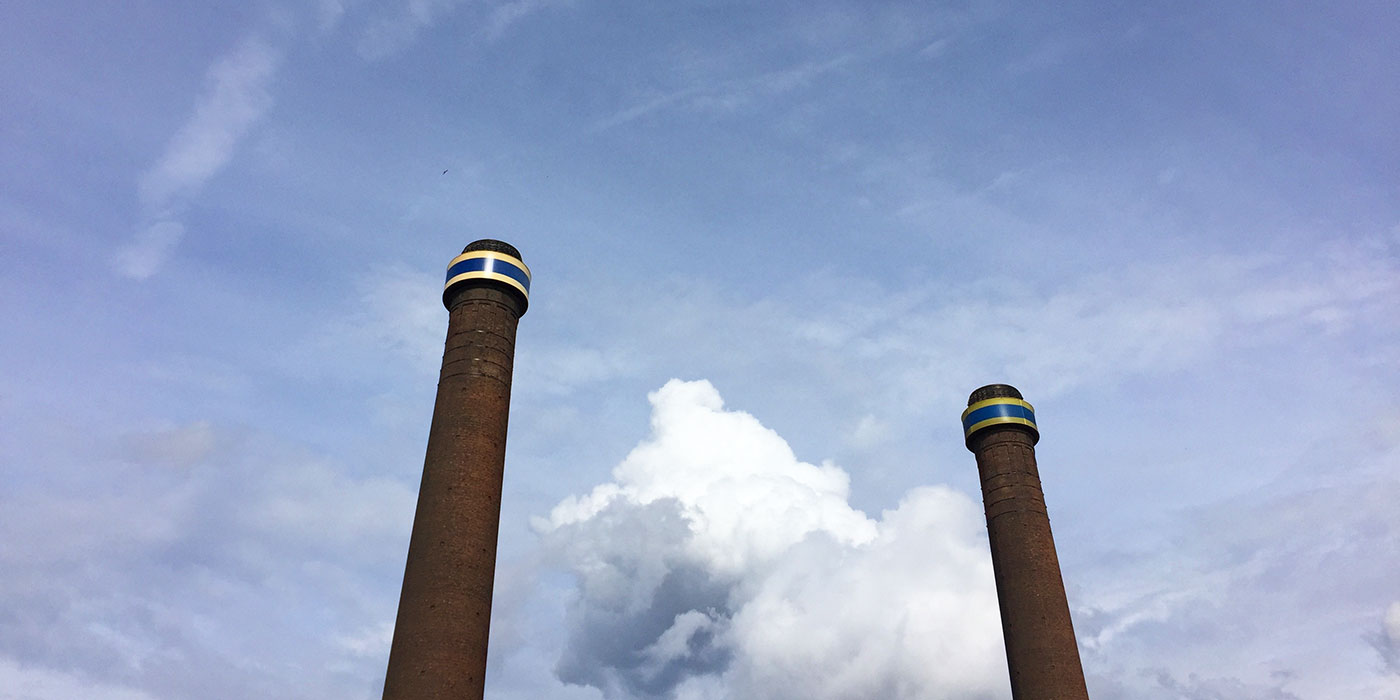 I have a secret I’m going to share. Deep breath.

Now, you’re probably thinking ‘so what’. But I like it enough that a few years ago I even opted to dine there for my birthday (they serve wine there too, in case you weren’t aware, which makes for a proper celebration). OK, it was in one of my DIY phases, but still…

The Swedish meatballs are obviously the main draw in the canteen*, but this summer they have a veggieball variant too – the ultimate comfort food. Plus you can ALWAYS have fish and chips. I am, however, still mourning their cauliflower biryani that they served for many months. Not quite like one you’d get in an Indian restaurant, I admit, but tasty all the same. The desserts are bizarre but strangely delicious. Diam cake anyone? 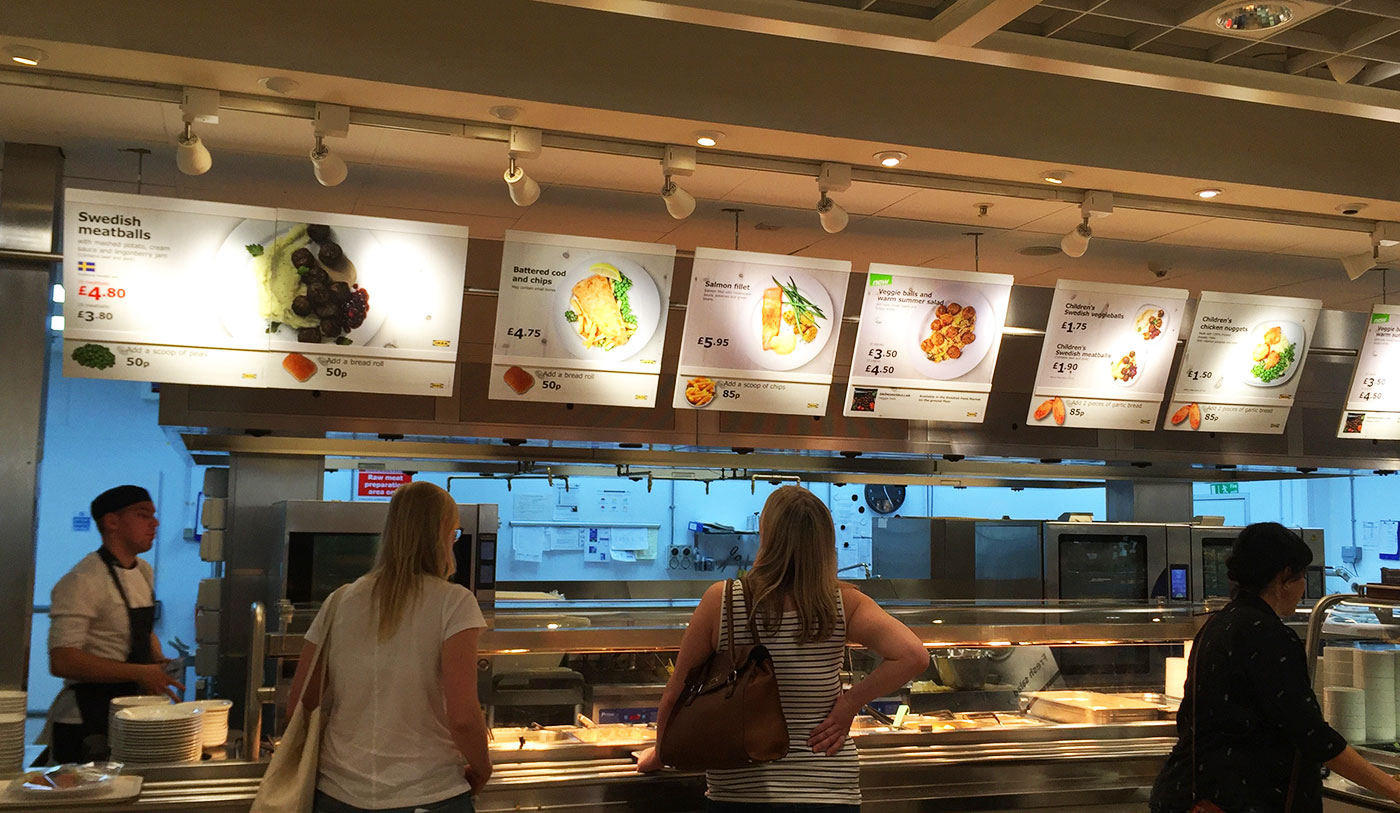 I like to think a visit to the canteen sets you up for a circuit of the showroom, plus the scrum of the market place, and not to mention diverts an argument about the logic of the self-serve area (why is the base in aisle 9, location 11, when the drawers are in aisle 42, location 28?).

Which brings me neatly on to the products themselves. Everything (more or less) requires assembling, a bit like Lego for adults (not that Lego isn’t for adults – we can attest to that). I bought a metal bin there the other day, and yes, even this needs assembling. I will look forward to adding its handles this week. Having to work to finish your furniture, for me, makes the item feel, well, more mine. Bonding or sense of achievement or whatever you want to call it. Or maybe that’s just me. 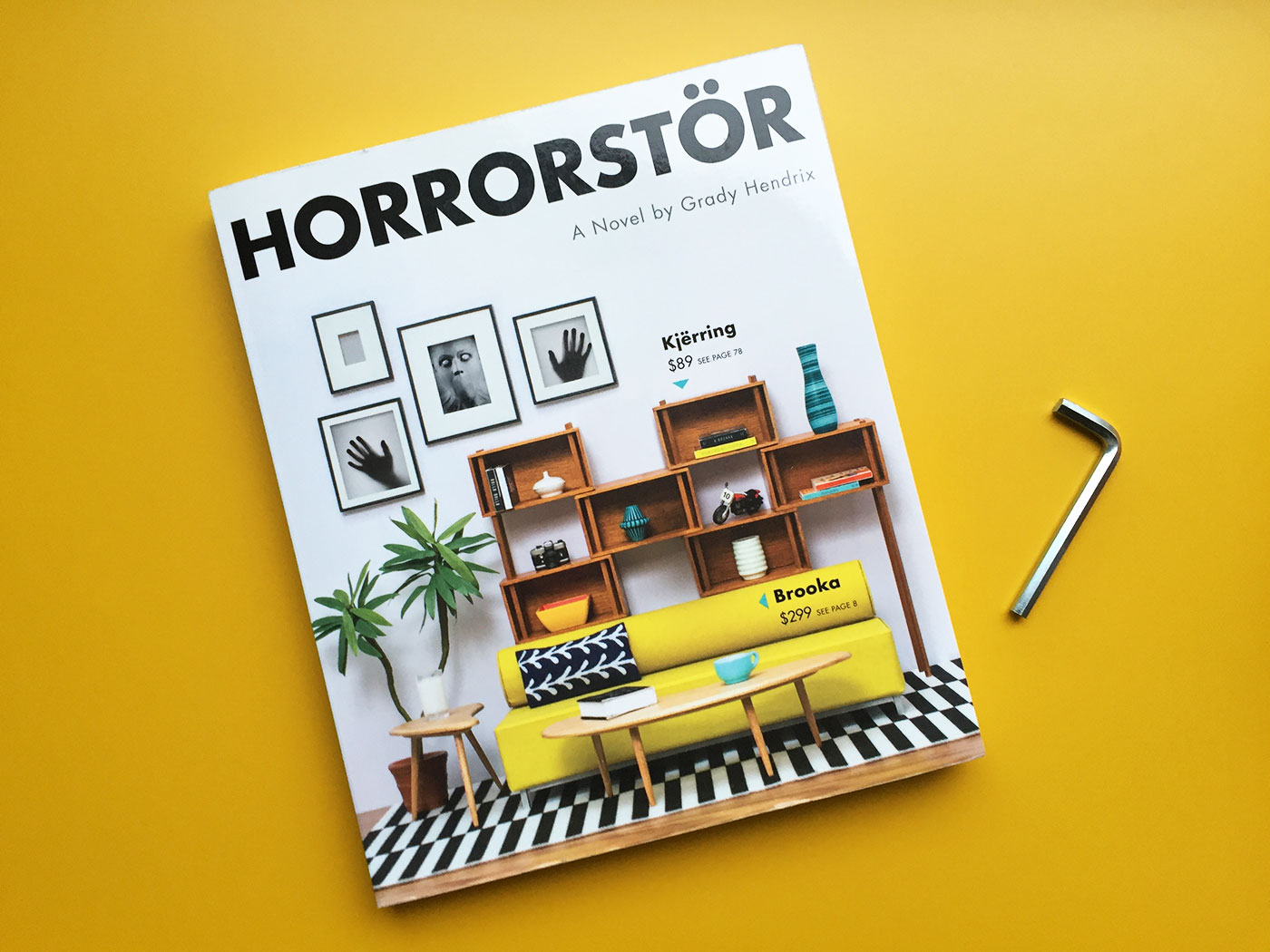 And who doesn’t enjoy wandering around the tiny apartments they have in the showroom? No? Well I do, and even more so, since reading Grady Hendrix’ novel ‘Horrorstör’ last year. Not to give too much away, set in a store called ORSK (a carbon copy of IKEA), the staff get entangled with some zombie-like ghouls on a night shift. Let’s just say I now view the fake windows and doors in the aforementioned tiny apartments in an entirely new light. The book’s design would make any IKEA enthusiast smile, as it’s a perfect parody of the IKEA catalogue.

There’s history here too folks. Standing prominently over the Purley Way (think industrial zone in the Crystal Maze) the IKEA chimneys are all that remain of Croydon B power station. The power station was decommissioned in the eighties, and before it was turned into the Croydon branch of IKEA in the early nineties it was used as a film location for Terry Gilliam’s Brazil – true. 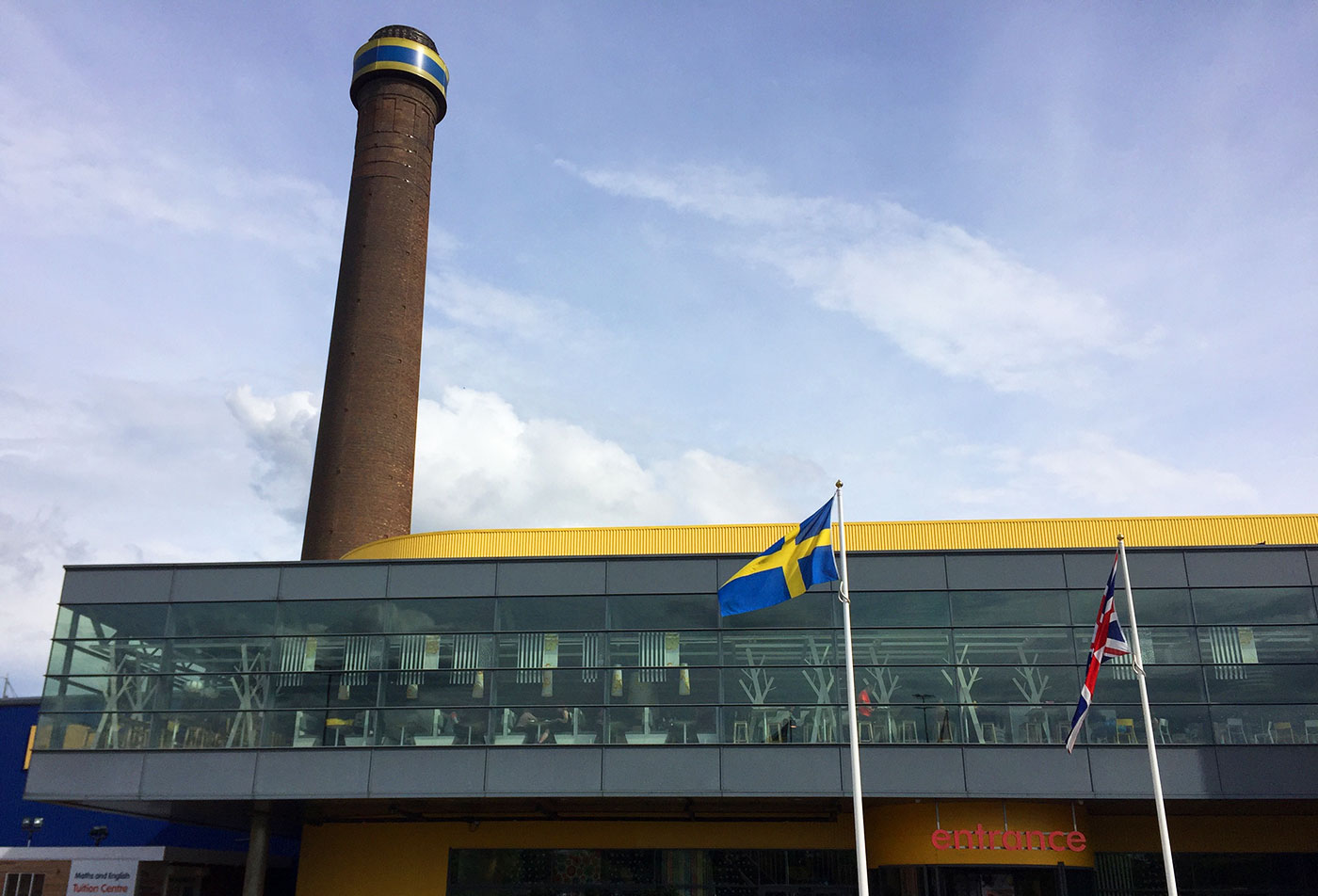 For over twenty years now we have embraced the IKEA-coloured towers as very much part of our Croydon skyline. For me, it’s much more than a DIY store.

*OK, IKEA call it a restaurant but I think it’s more canteen-esque. Reminds me of school. Perhaps that’s why I like it.