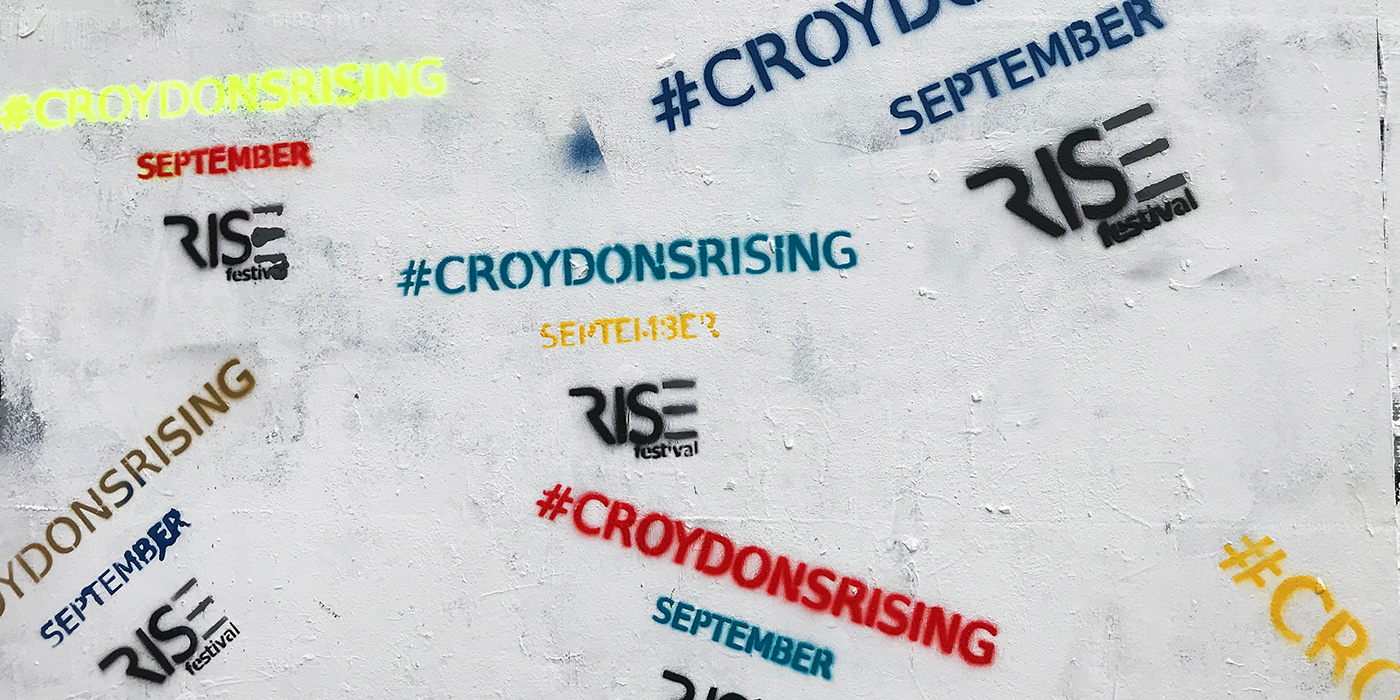 Once upon a time you’d get a smack on the wrist if you decided to decorate your local high street with graffiti. Ok that still happens, but with the rise of urban art, more and more boroughs are embracing this wonderful medium and giving over their walls to commissioned pieces and Croydon seems to be at the very heart of it. This brings me nicely onto a rather exciting festival coming up, called RISEfestival.

The festival is the brainchild of RISE Gallery’s Kevin Zuchowski-Morrison, which will see over 60 new murals and installations land in and around Croydon’s town centre as part of the 10 day festival starting next wednesday, 5 September. So what else can you expect at this festival (which just so happens to be one of London’s largest International Art Festivals)? Well there’s a good old-fashioned walking tour which will take you on a journey to explore both new and permanent works of art in the borough. It departs twice daily (lunchtime and evenings) throughout the festival and is completely free. As are all events! 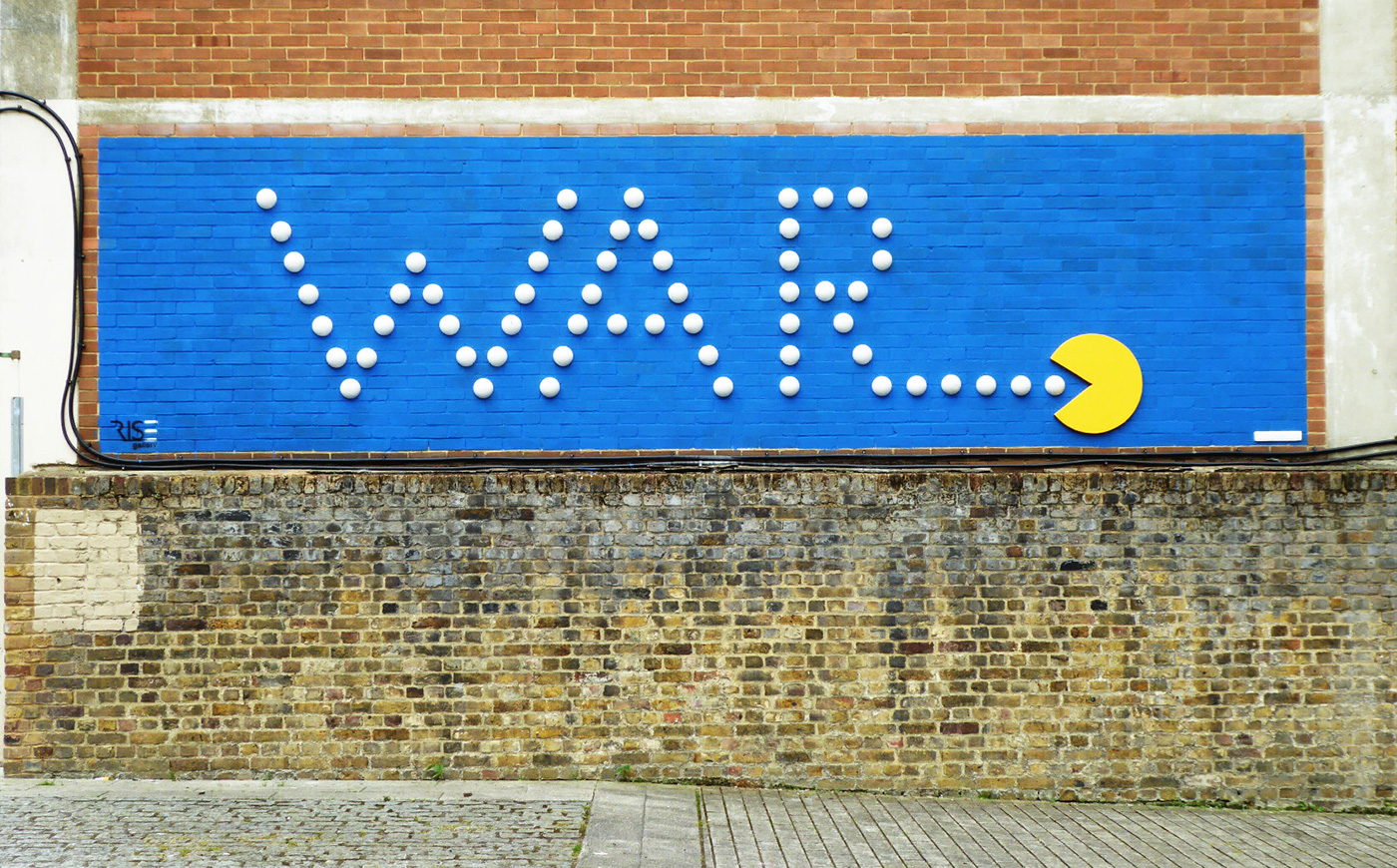 Piece by Urban Solid, part of the Croydon Collection, photo by Louise Fizul

There are some pretty big names announced so far, and more revealed via RISEGallery’s social channels in the build-up. So far we can look forward to pieces by Dotmaster, BK Foxx, Doudou Style, Cityzen Kane, Hayley Walsh and Whatshisname, to name but a few. Whatshisname is creating a new street installation but also an AR (augmented reality) piece only viewable via the free festival app. I’m particularly excited to check this out as a) we love Whatshisname’s cheeky dog sculptures (I’m staring at one of the little chaps on the shelf as a write, and b) I’m a bit of a tech geek. 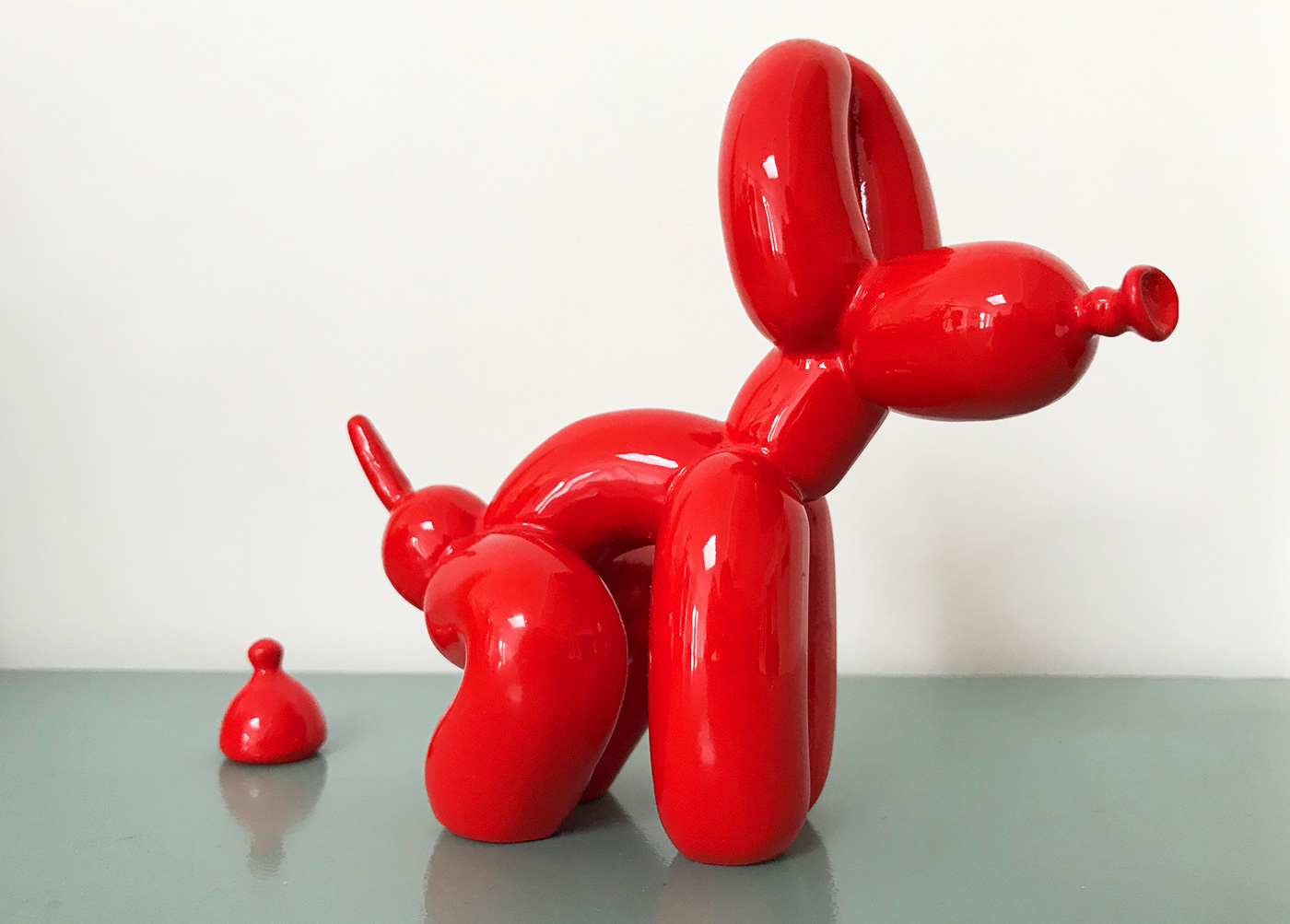 The fun doesn’t end there either. Fancy trying your hand at urban art? Well there’s workshops to teach you the ins and outs, from different styles to techniques before rolling up your sleeves and giving it a go yourself (as part of the workshop of course and not just on any old wall, although what you do after is completely up to you). The first workshop is on Saturday 8 September, but there’s also a special one called Graffiti Grannies for the over 60s (on 9 September). Kids can get involved too with a special street art tour, learning street art skills and mini art conference by Kevin’s daughter, art vlogger, Amaya. 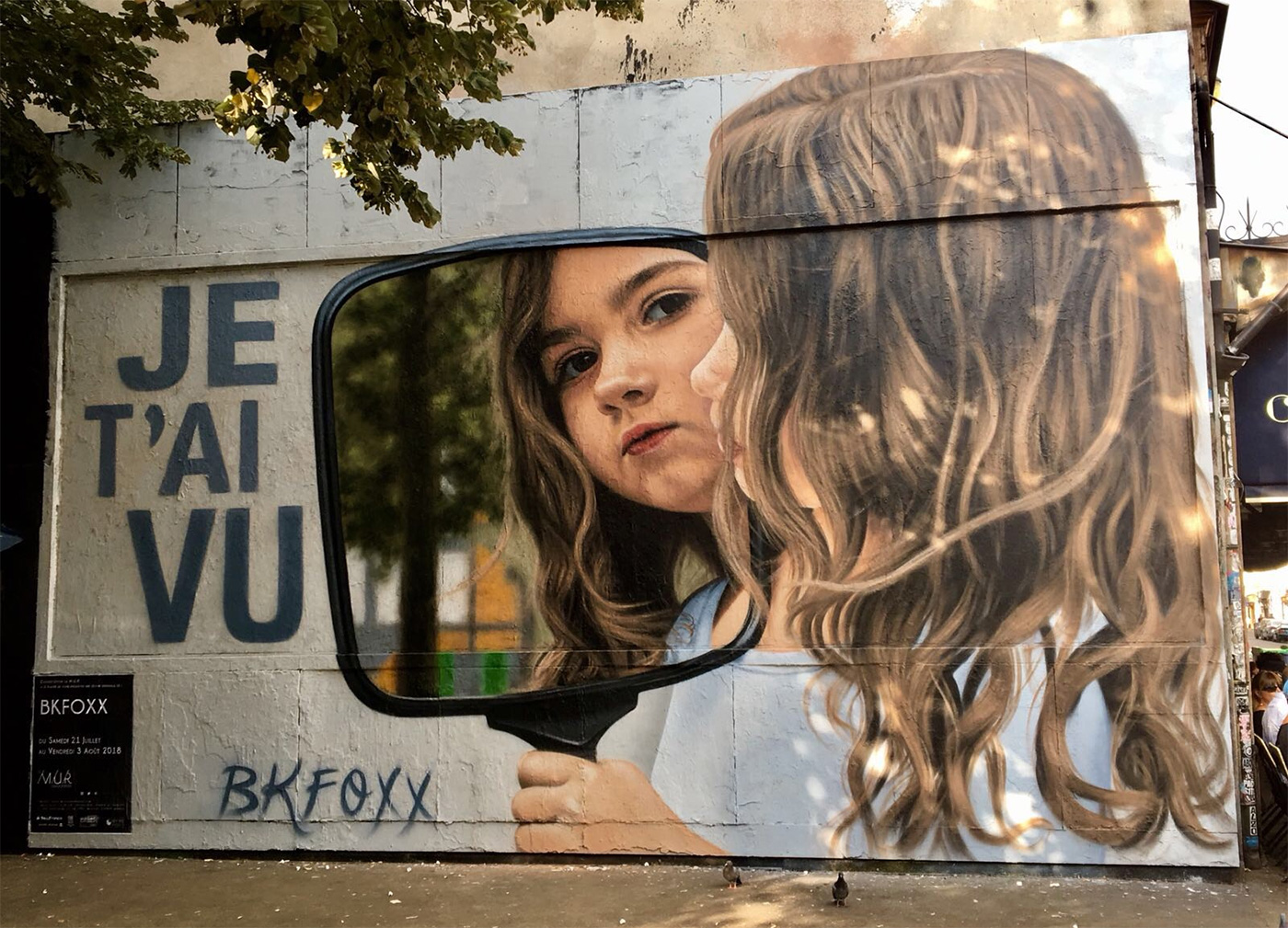 There are films, panel discussions and the super cool block party on St George’s Walk. The block party will see international and local DJs take to the decks to drop some house beats at this free party taking place on the evening of Saturday 8 September. Run in collaboration with FUNK ME, who have been pioneering house party events in Croydon since 2002, the event has been creating a fair bit of buzz so keep an eye out for any further ticket announcements as the current run of tickets are now sold out.

Nicola, lead curator at RISEGallery told us that the overriding theme behind the festival was sheer awesomeness. And what gave them the idea for the festival? Why, global domination of course. So it’s clear that RISE are certainly set on making their mark and not just in Croydon. Expect to be impressed. 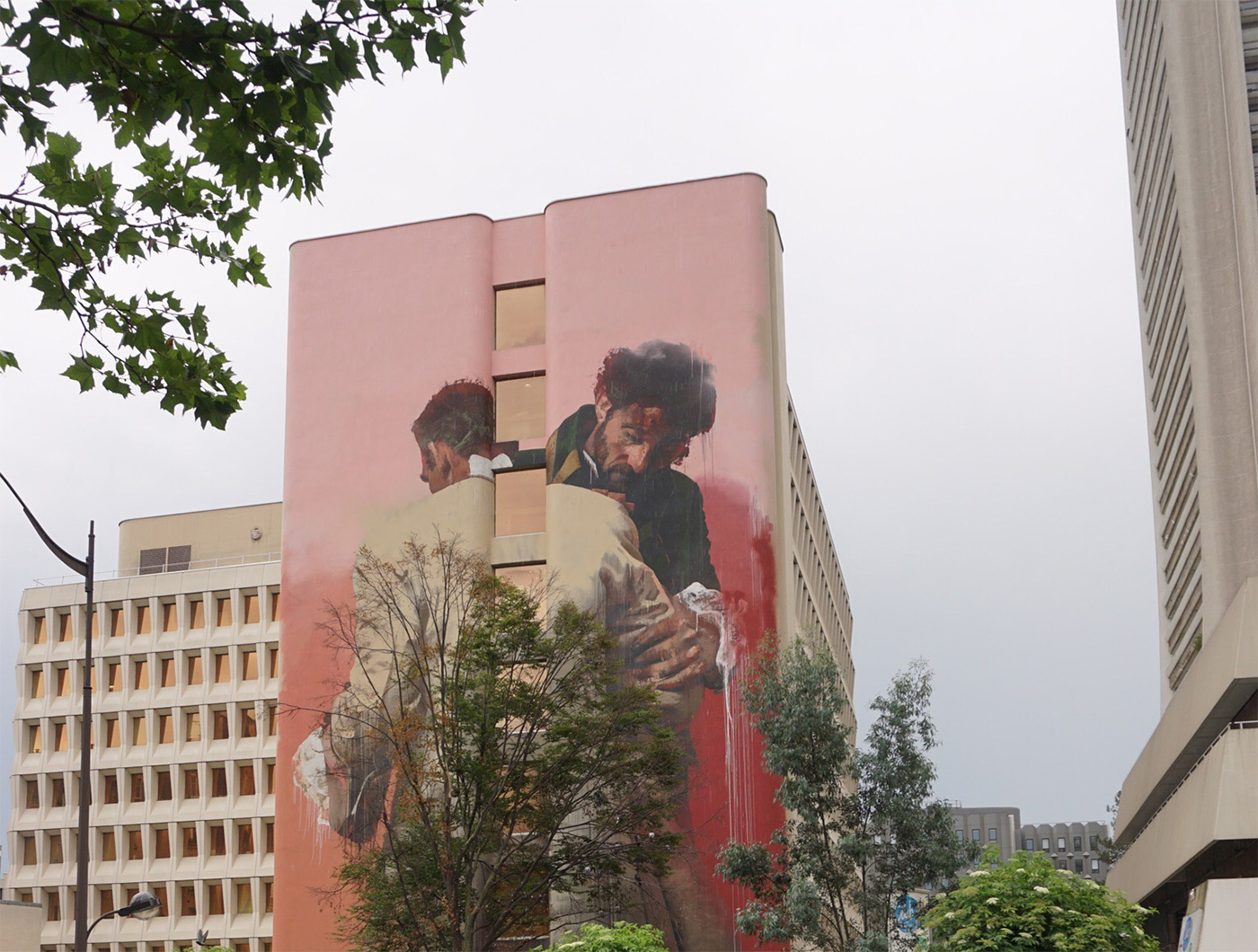 Keep an eye on RISEGallery’s social channels and the festival website for updates. We will also be sharing these details as announced so make sure you keep an eye out on @Croydonist too.

Events are ticketed but free, so you can also check out what’s on here on Eventbrite.

Here’s the festival teaser trailer to get you in the mood.

Article images are courtesy of RISEgallery, except the header image (sprayed by Anudarani), and Whatshisname’s dog sculpture, both which are photos by the Croydonist.