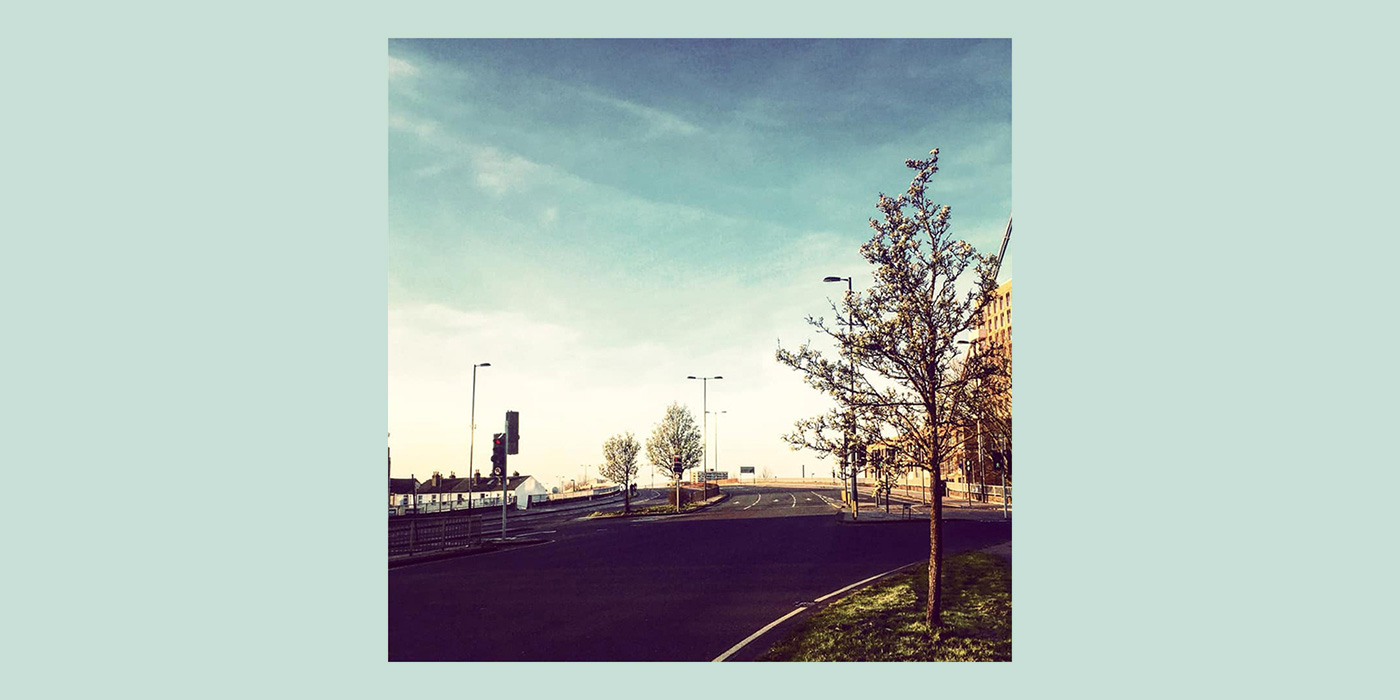 During the Covid-19 lockdown, writer Elizabeth Sheppard has been using her phone camera to document Croydon’s altered urban landscape.

Early in the mornings during Covid-19, I’ve come out of the side streets and gone running on the empty urban motorways of Croydon. They’re normally too filthy to go puffing in what passes for the air.

Lockdown has revealed the city’s beauty. Underneath the mess and grot and grime are the sleek, clean lines of modernity. Here is the future-scape its planners conceived – the space age city of Apollo, Lunar, Voyager, Corinthian, Electric.

“The pattern of ordinary life,” said Paul Kingsnorth, “in which so much stays the same from one day to the next, disguises the fragility of its fabric.”  Lockdown has exposed that too. What looked like a mighty and unstoppable machine was really just a web made out of tiny human touches. It’s breakable, and we are too.  I hope that we can keep that understanding, and learn to be more careful with our world.

The clean air is wonderful.  So is the quiet.  This is such a scary time, but maybe it can show us a glimpse of a future beyond combustion engines – a city that is just as exciting, but brighter and safer and greener.

Here are the spaces where rush hour should be. 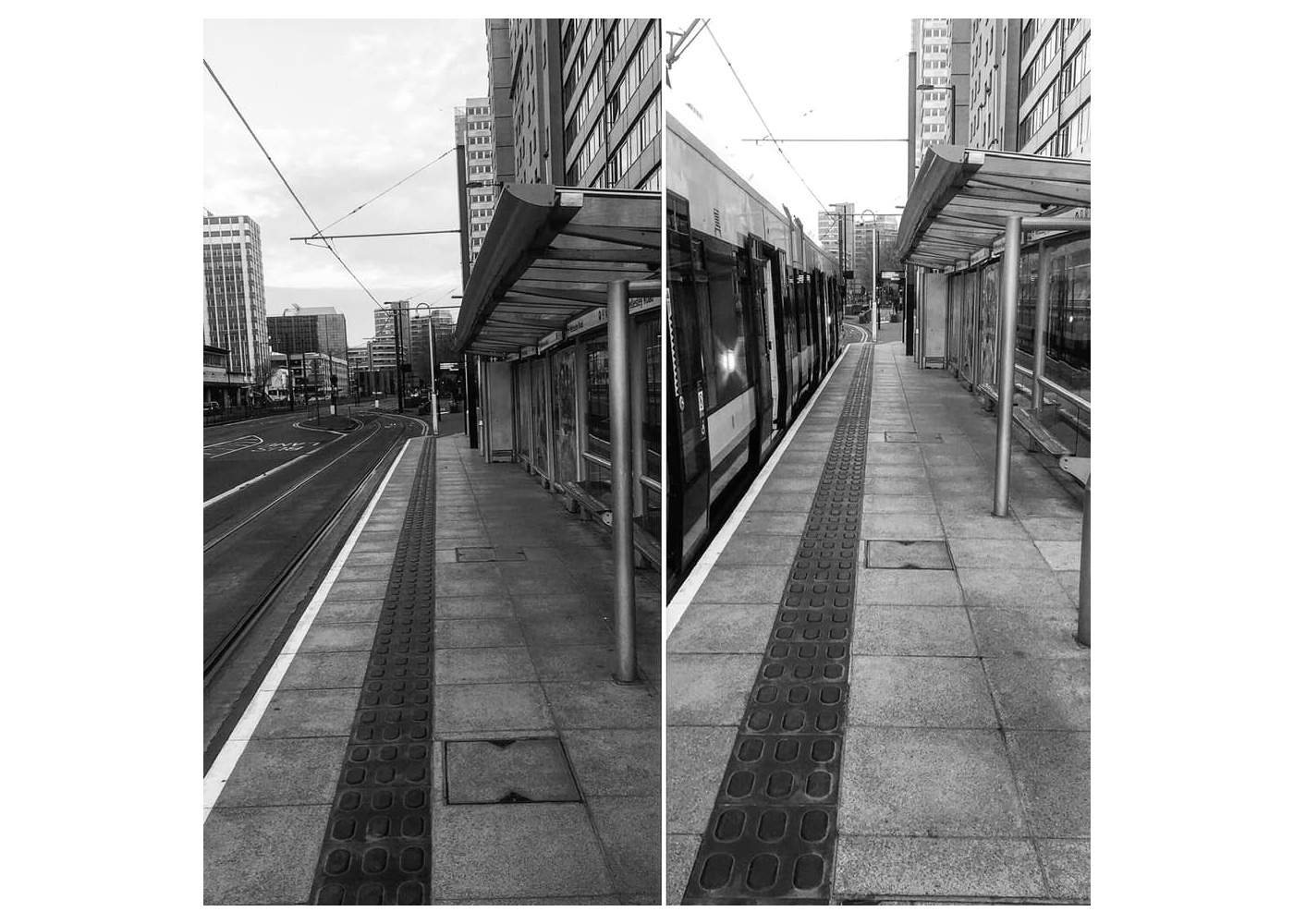 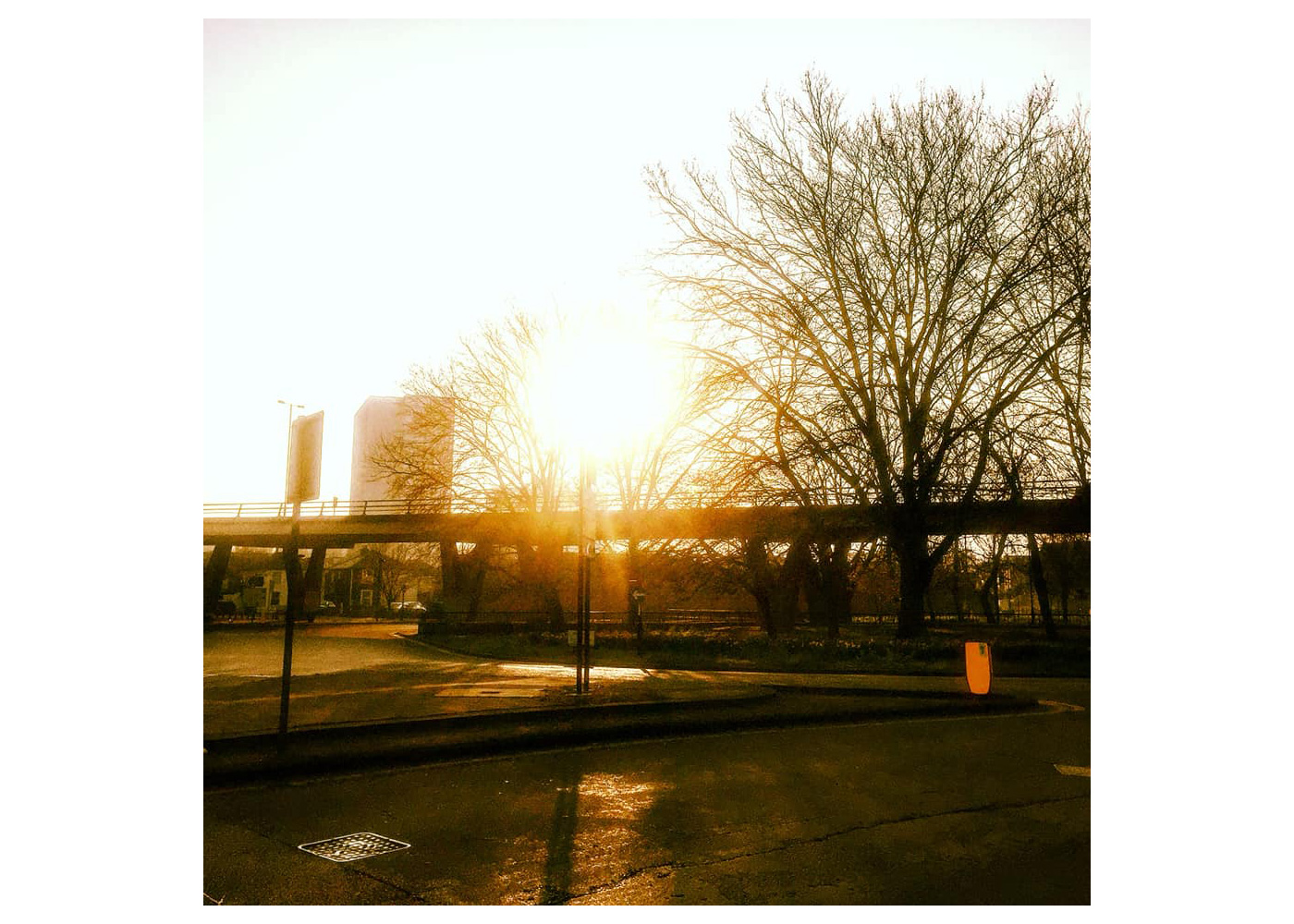 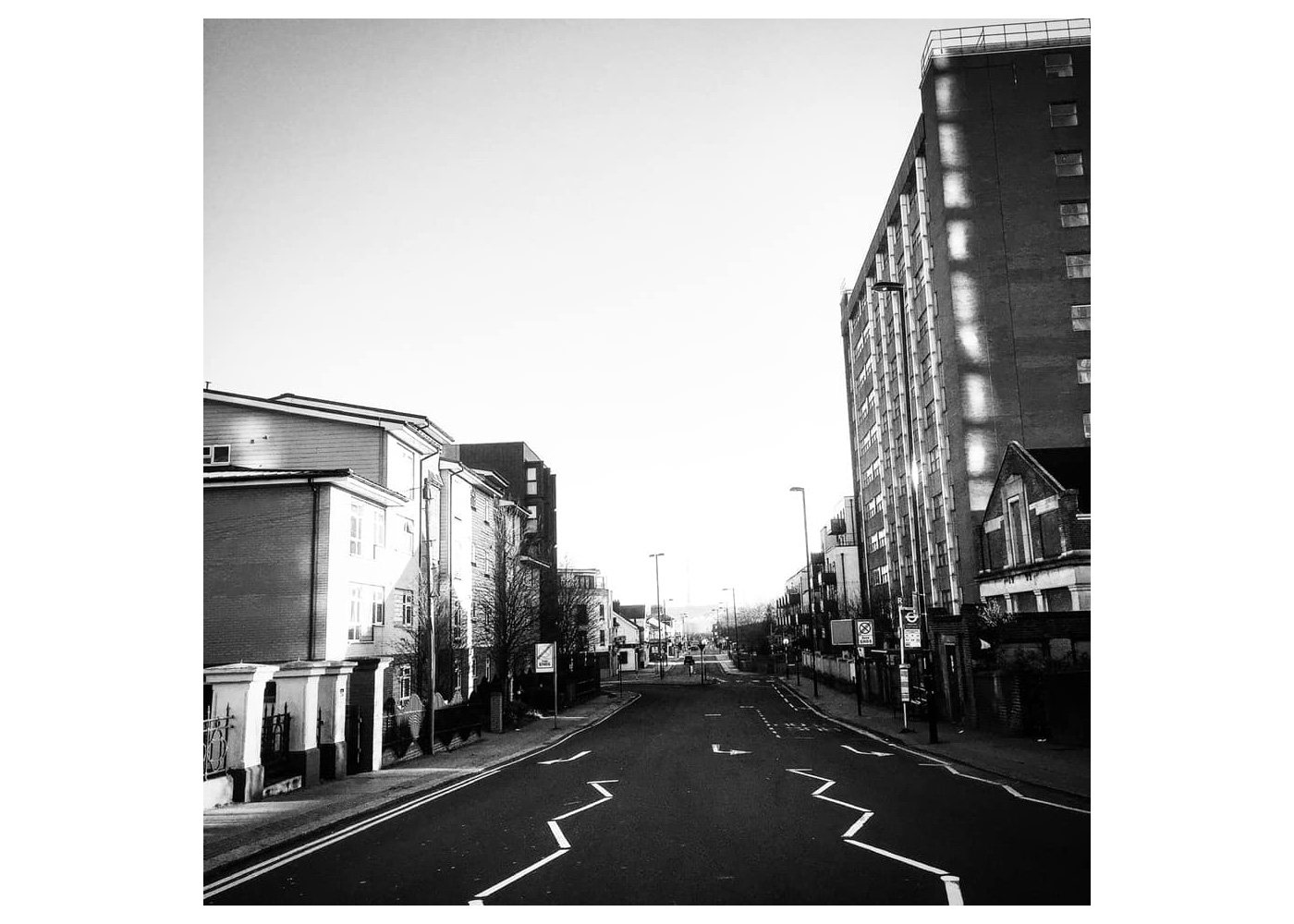 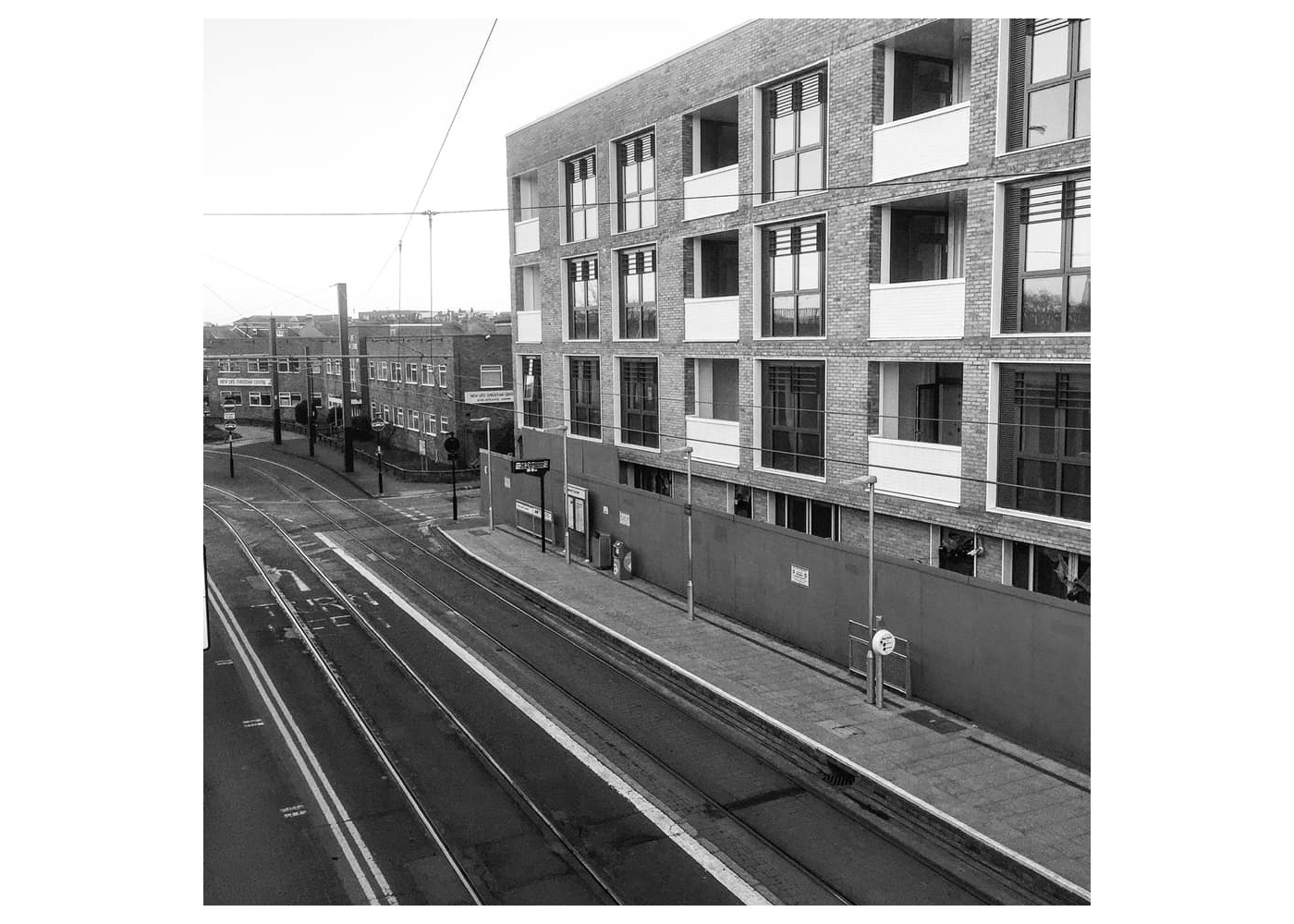 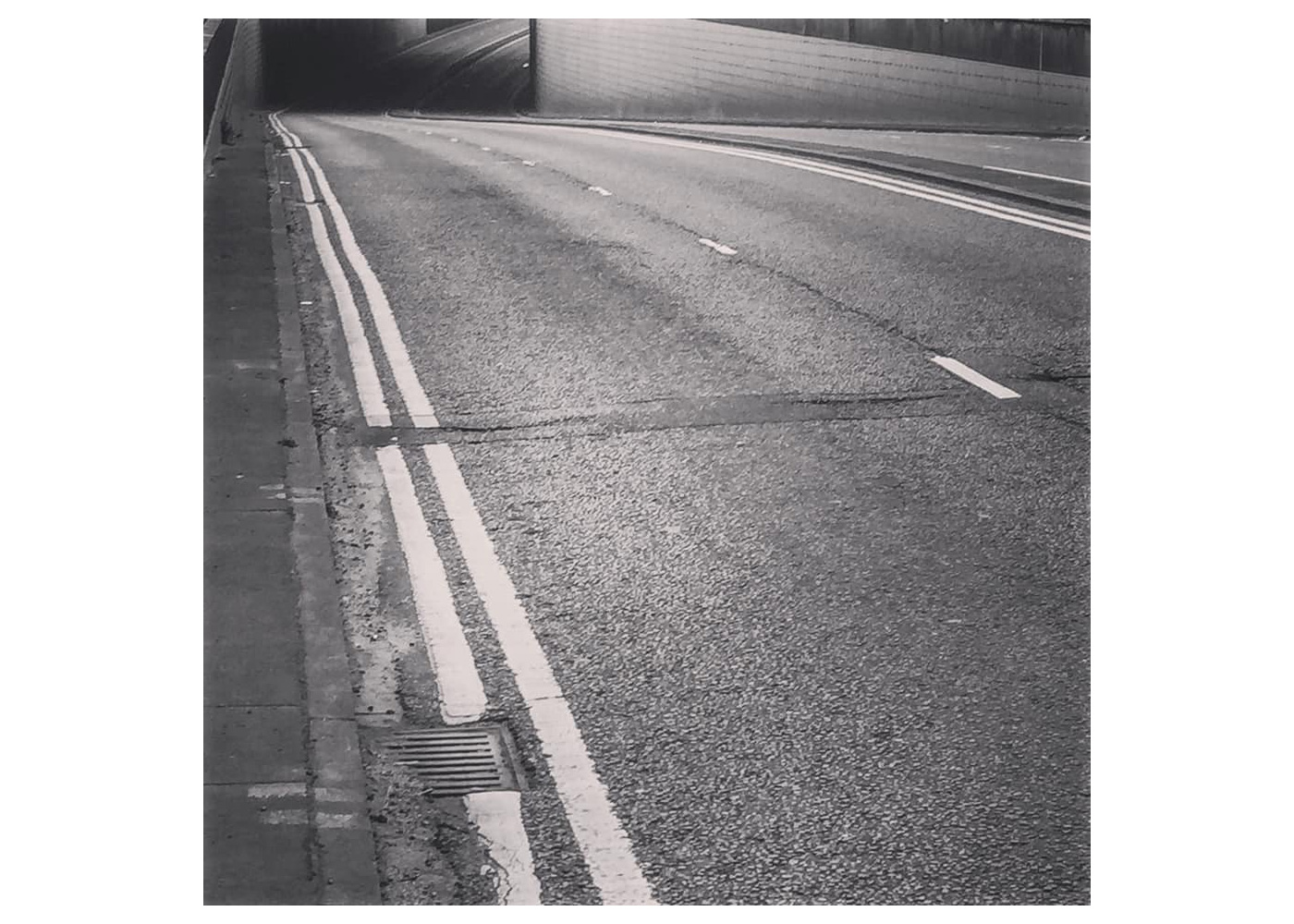 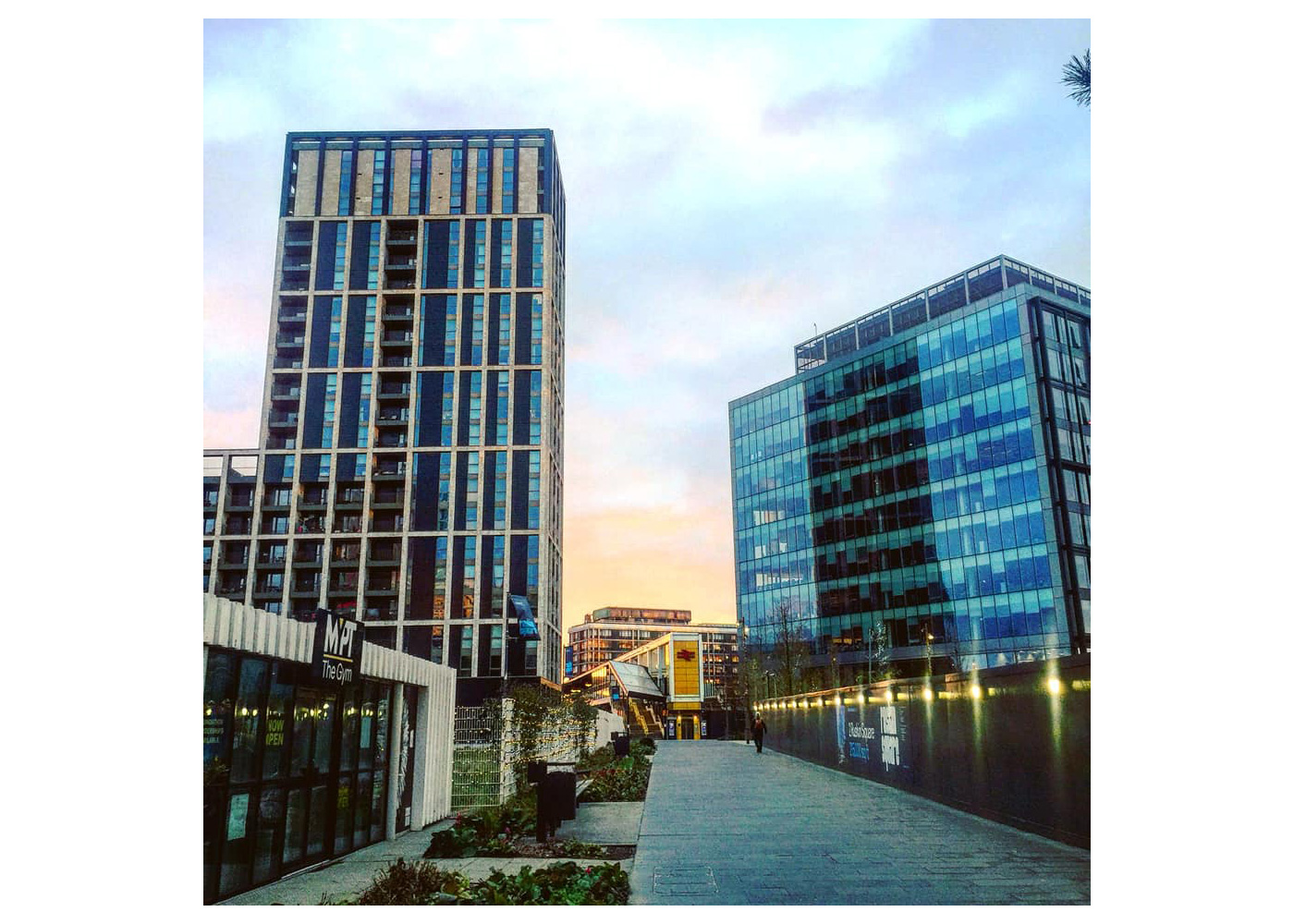 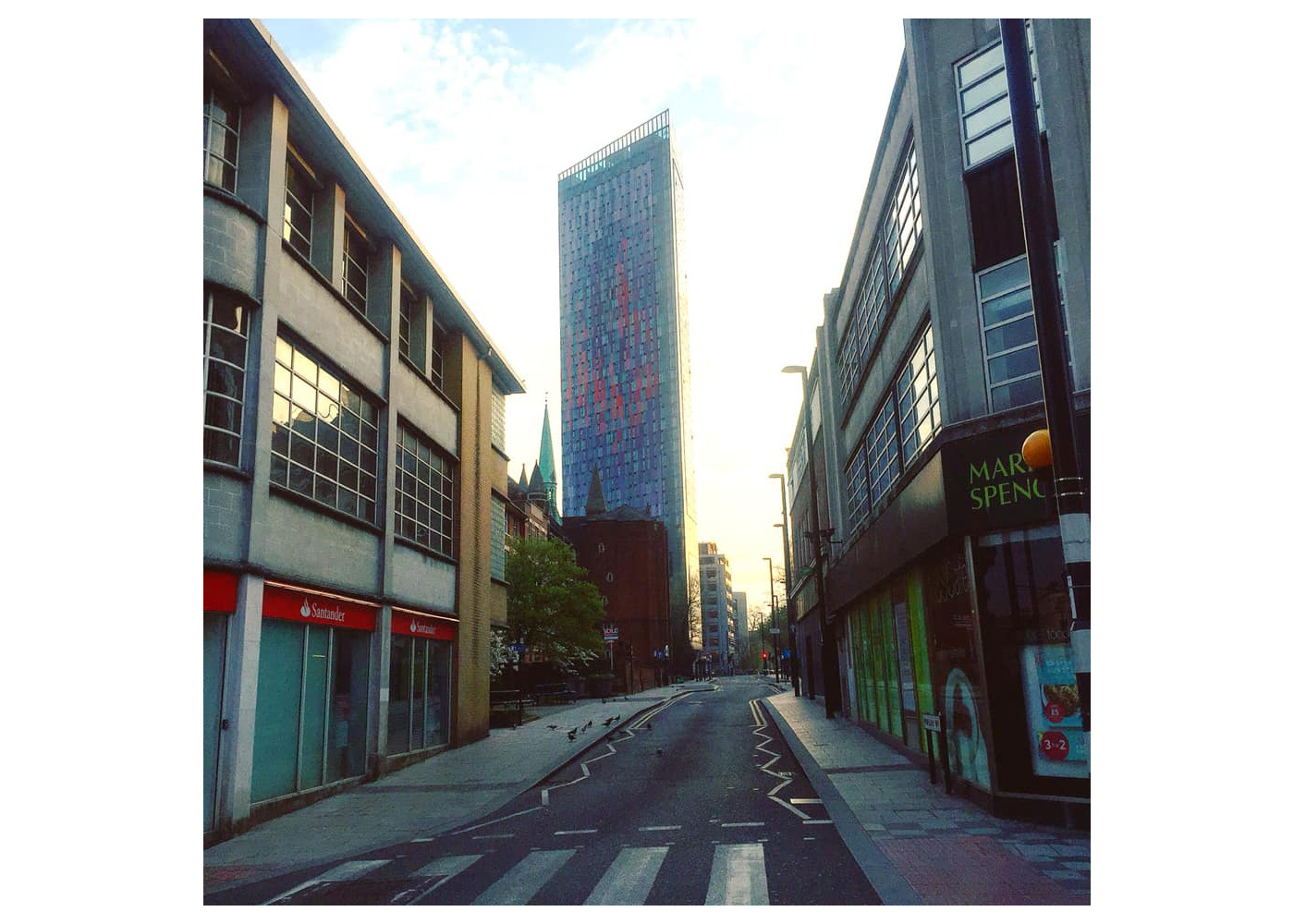 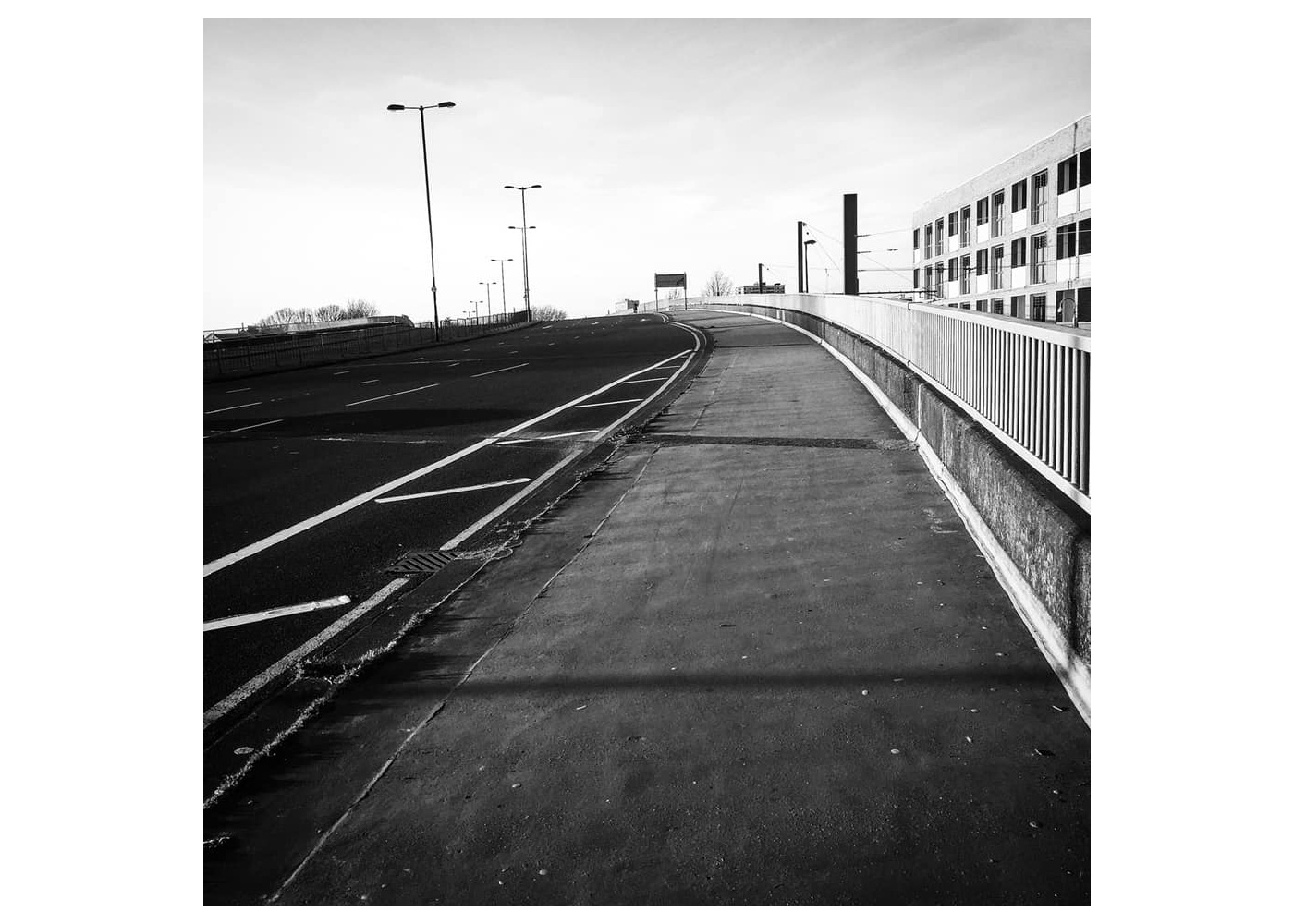 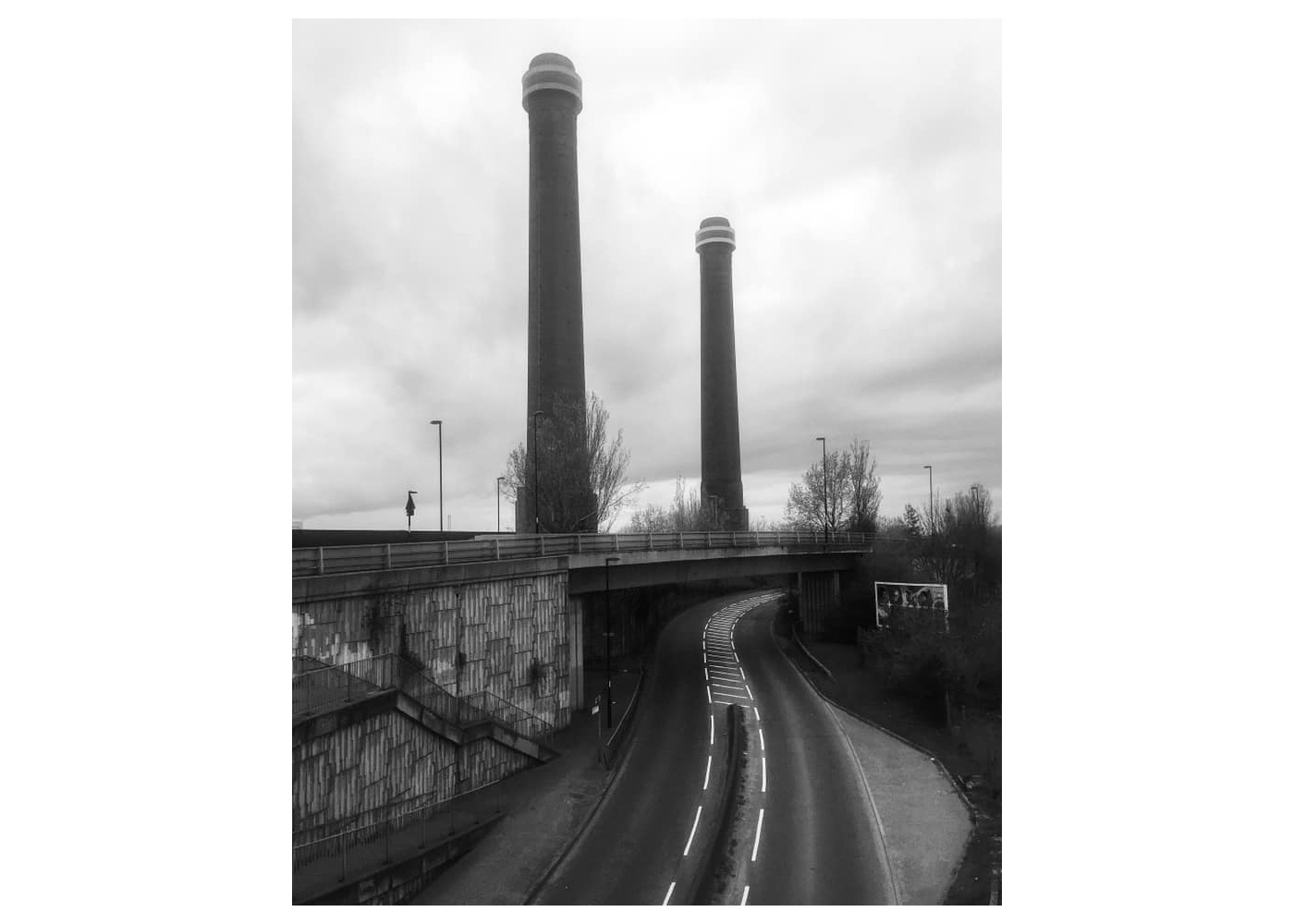 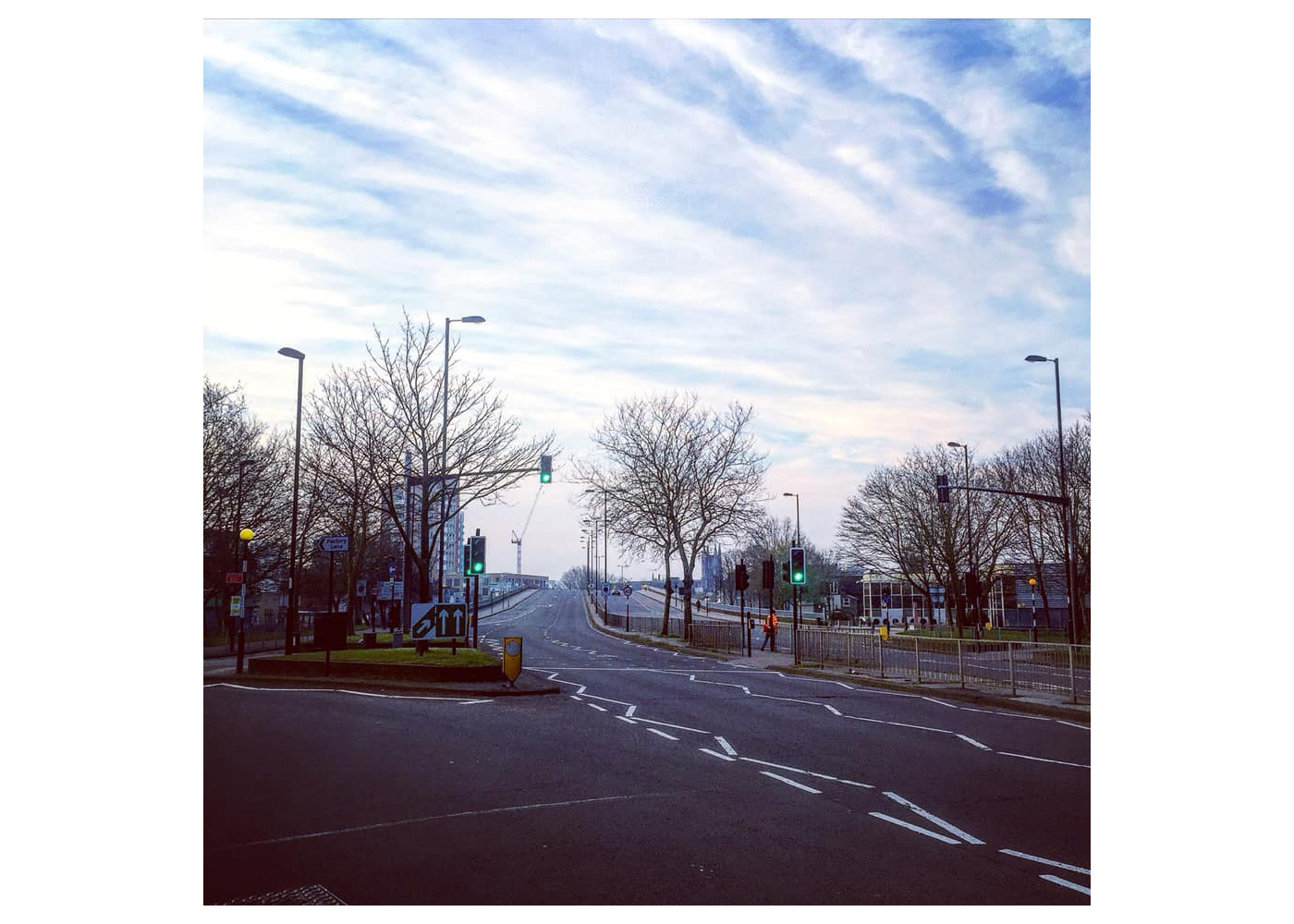 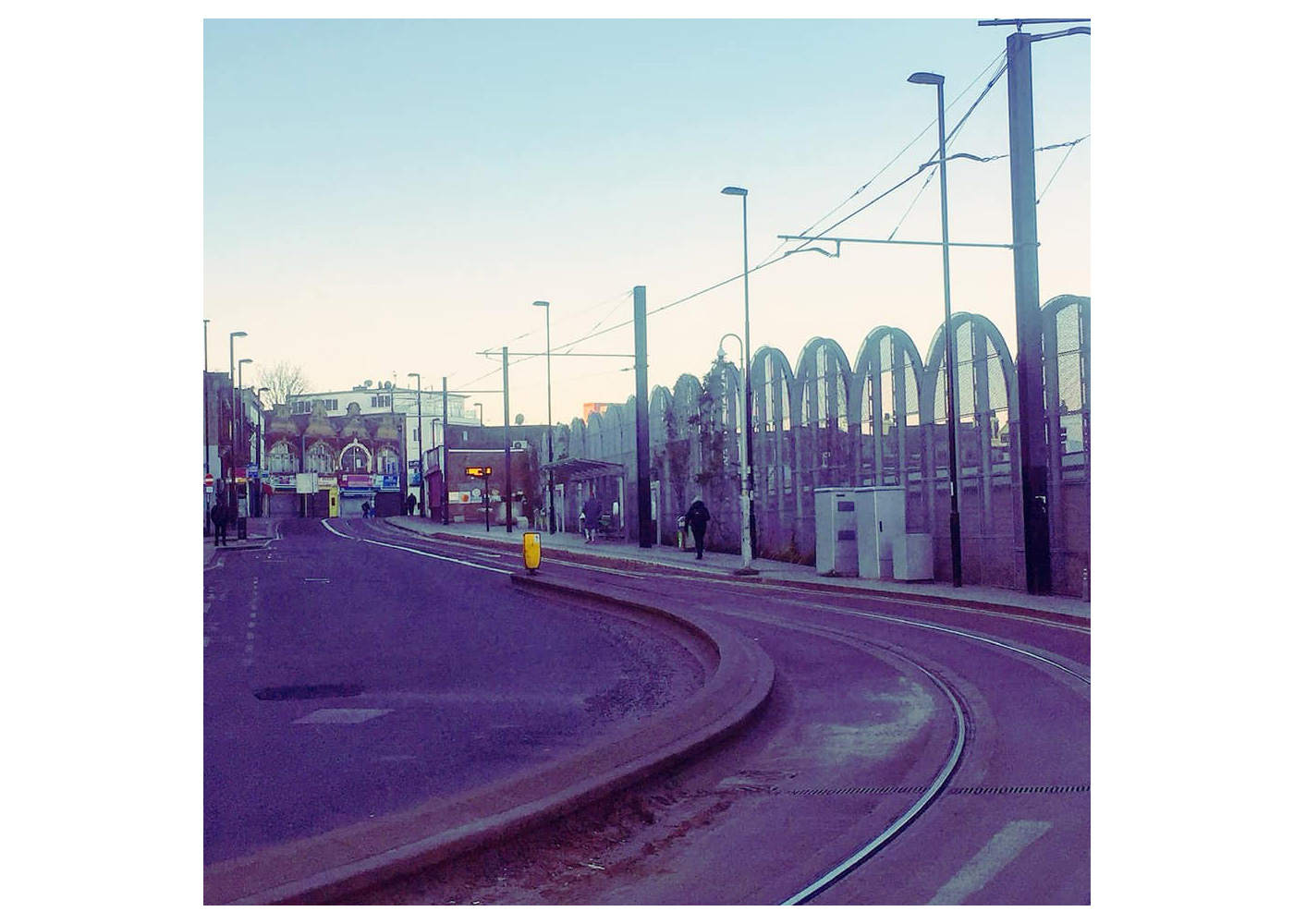 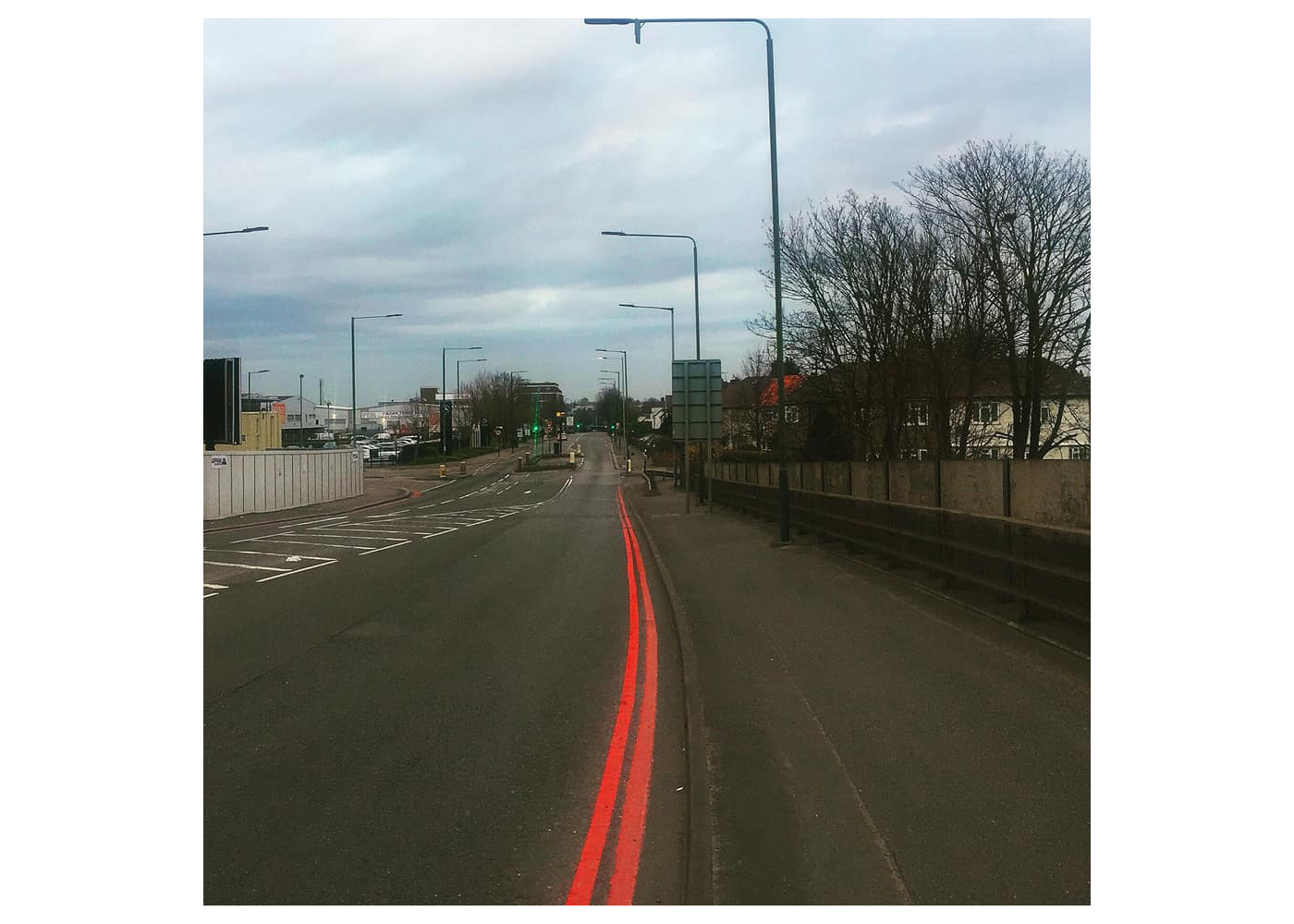 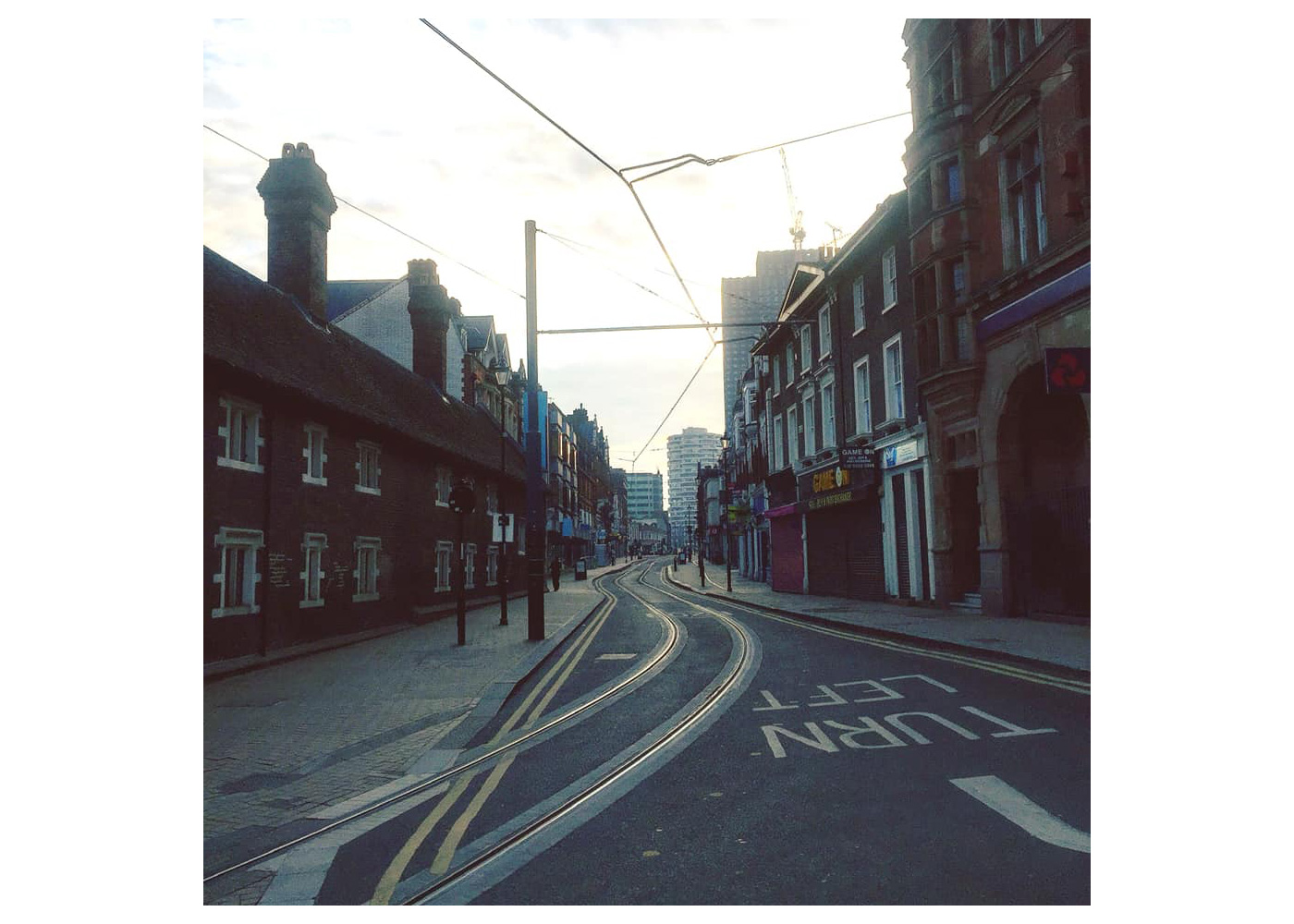 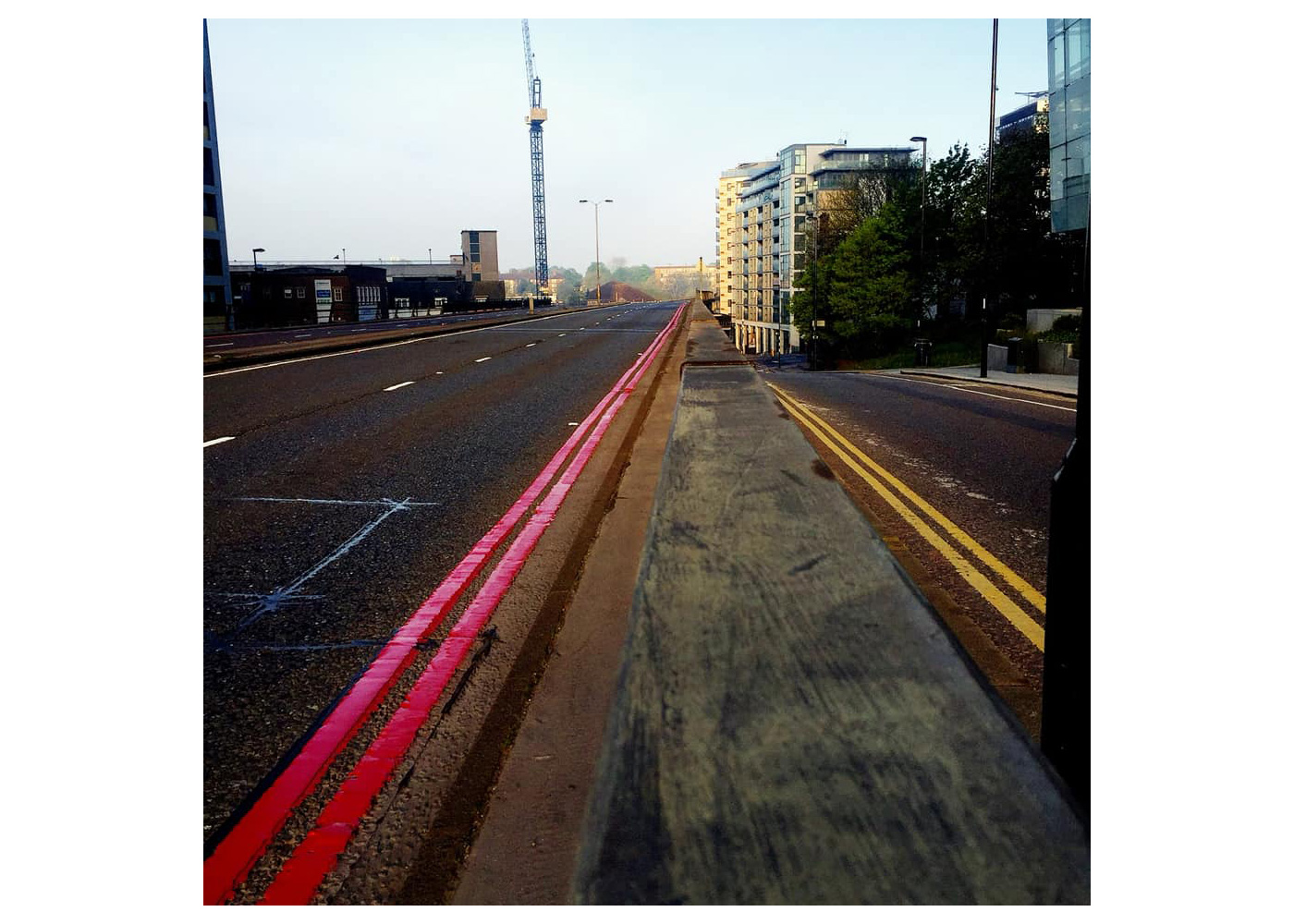 Elizabeth’s second book will be published by Harper Collins in Spring 2021. She’s former associate editor of the Croydon Citizen community newspaper and was a founding member of the Croydon Visitor Centre team until CVC’s closure in 2015. She enjoys running along flyovers.

Some of the shots seem to depict a ghostly deserted neighbourhood, with roads and tram/train rails serving no-one.
However, also some beauty and serenity – you can tangibly feel how different the air must feel…. thank you Elizabeth, for giving us an archive of Croydon areas during lockdown.

Thank you for these photos. It reminds me how much sky we have in Croydon. These are historic pictures of a strange time.