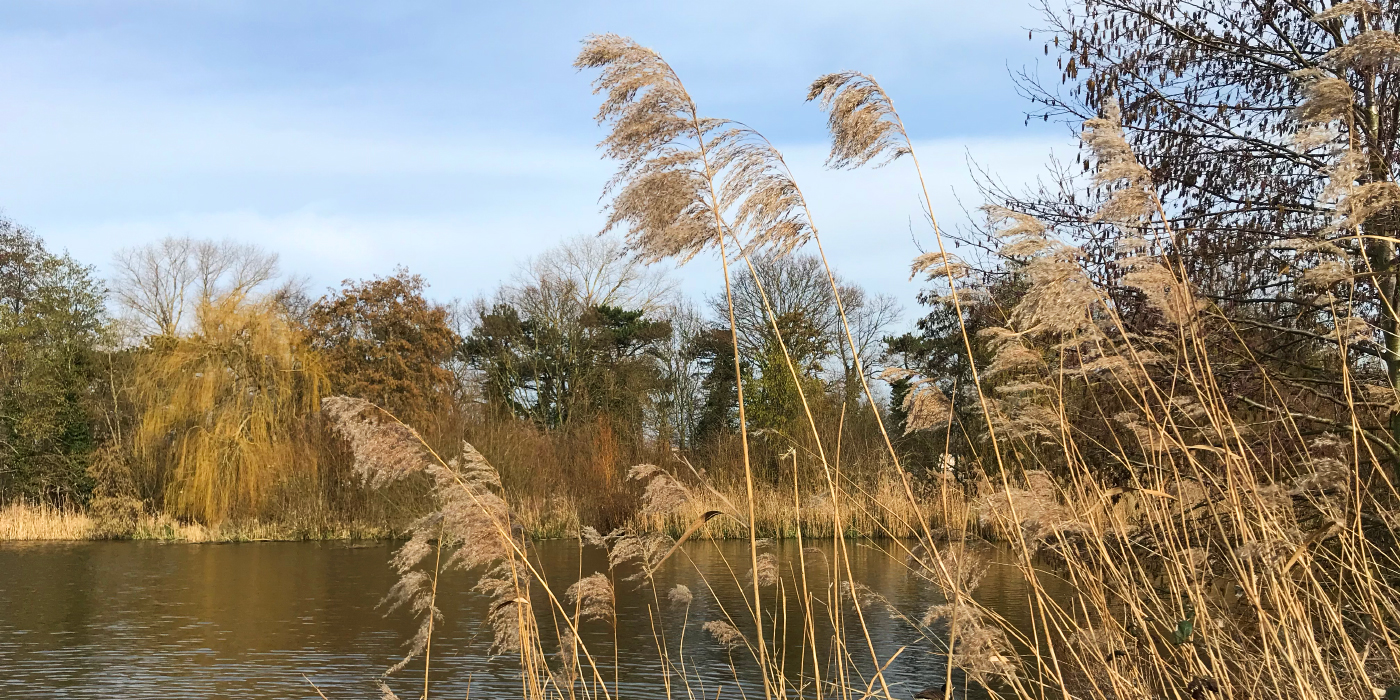 This last week has really started to feel more hopeful. The sun has been shining, giving life an air of Spring, and, although we might not be out of lockdown yet, we now at least have a path mapped out to look forward to.

It’s been the perfect week to enjoy some of Croydon’s green spaces, and last weekend we headed for a walk (or should we say a muddy hike) around South Norwood Country Park.

We hadn’t been to the park in a while and walking through the meadows and wetlands felt more wild and vast than it did on previous visits. (This may have been because we got slightly lost on a circuitous route to the lake!) 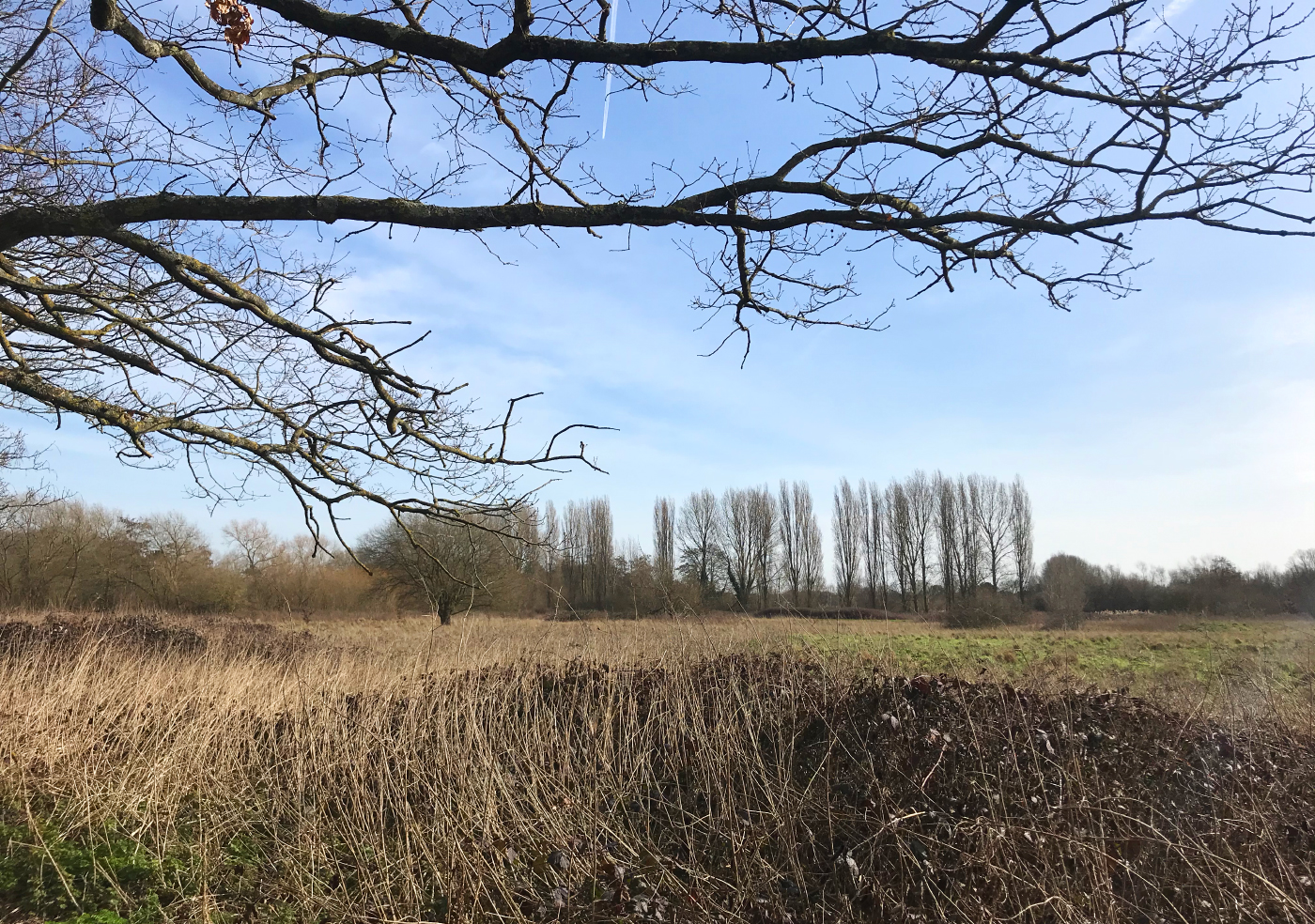 The green space sits between South Norwood and Elmers End with the tram running through the southern end of the park, and Arena Tram stop and of course the Croydon Sports Arena itself in the south-eastern corner.

The history of the space is pretty varied – from a moated manor house in the 1700s and a sewage farm in Victorian times, to its striking ‘teletubby’ hills thanks to the rubble created during the Blitz. 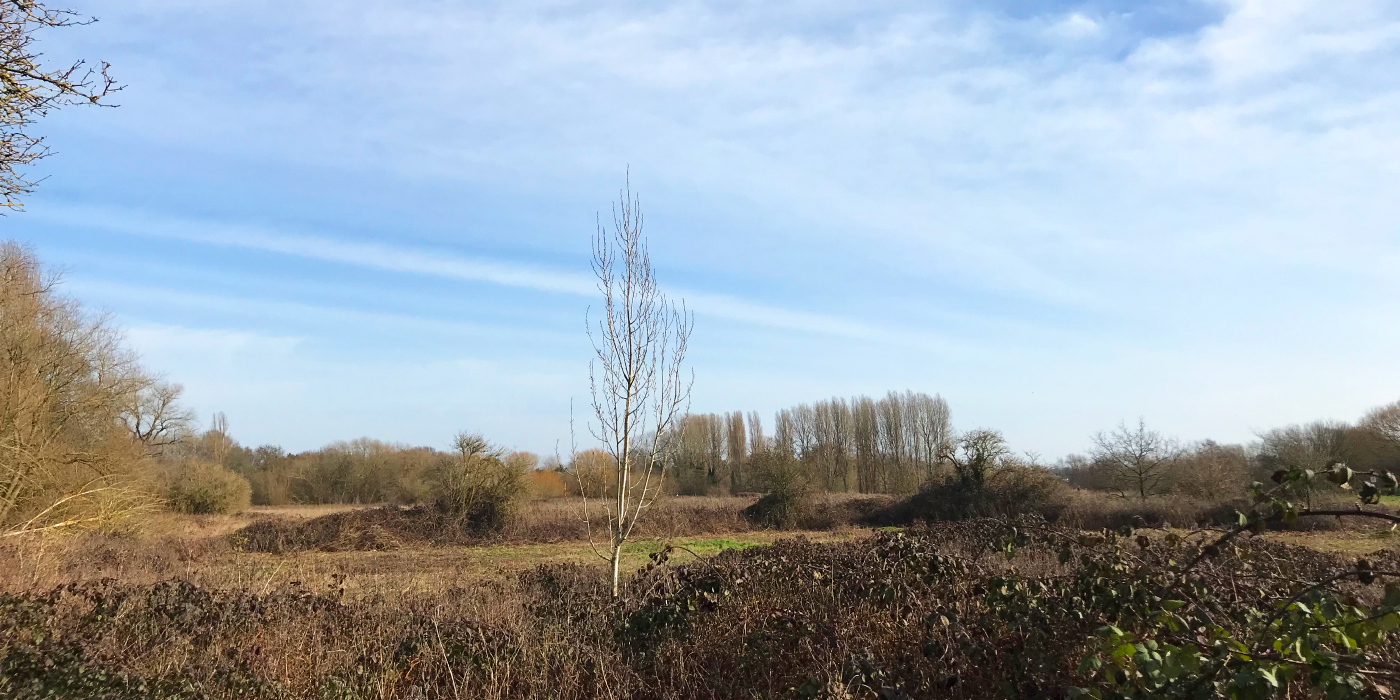 We arrived in the park from Albert Road (the South Norwood end) and after crossing the tram tracks started our walk by those ‘teletubby’ hills, being careful to divert Beth’s attention from the rather good kids playground a stone’s throw away, near the car park. (Our park adventure would have been doomed otherwise, as there is A LOT in the playground to entertain a three-year old). 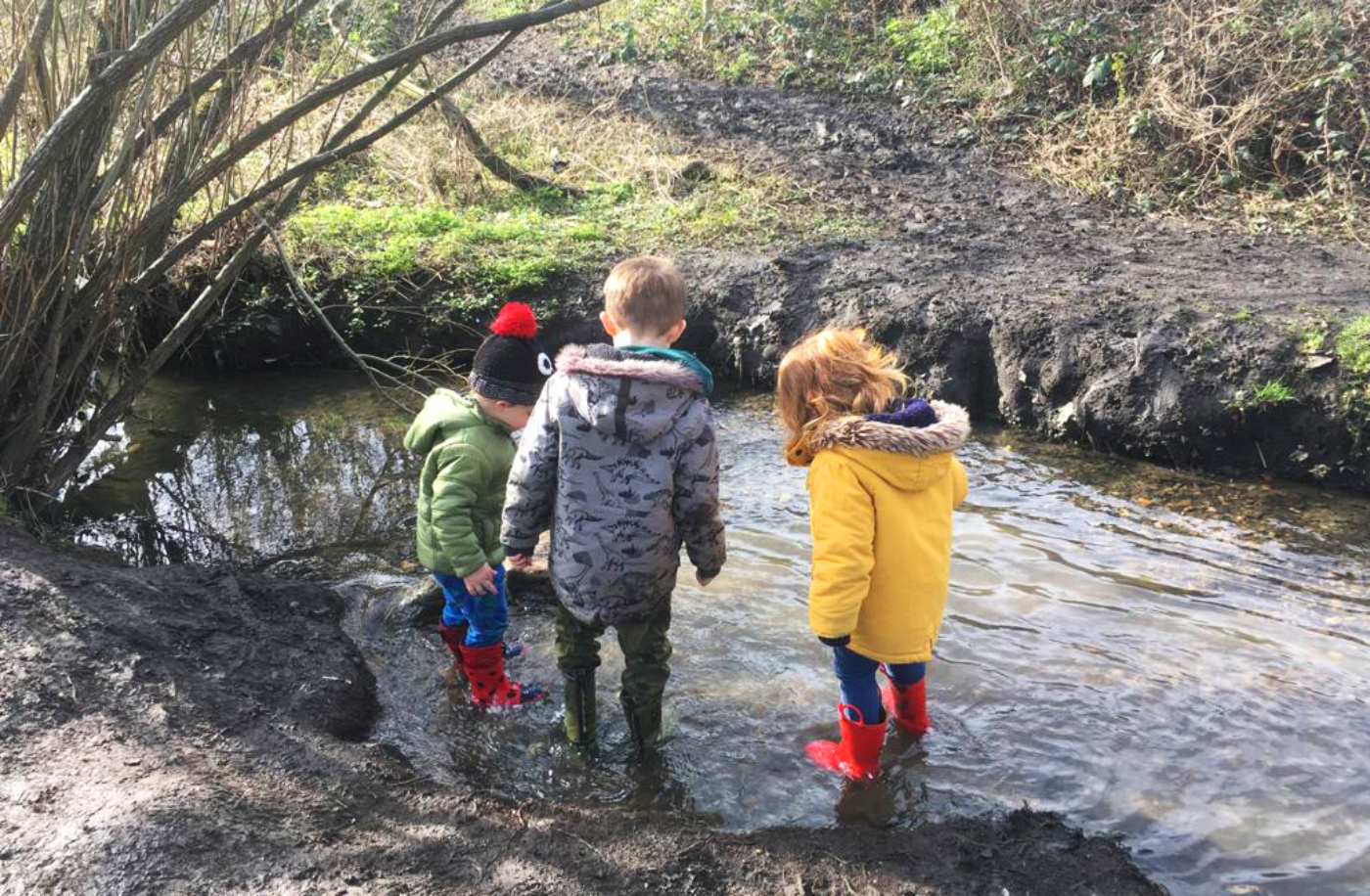 The whole area is criss-crossed with many paths and we ambled in what we hoped was the direction of the lake, but ended up picking up a smaller track by one of the streams which runs around the north-western perimeter, because of the lure of water. The stream is shallow in parts with stepping stones crossing it, so great for a spot of paddling if you’re wearing the right footwear that is. 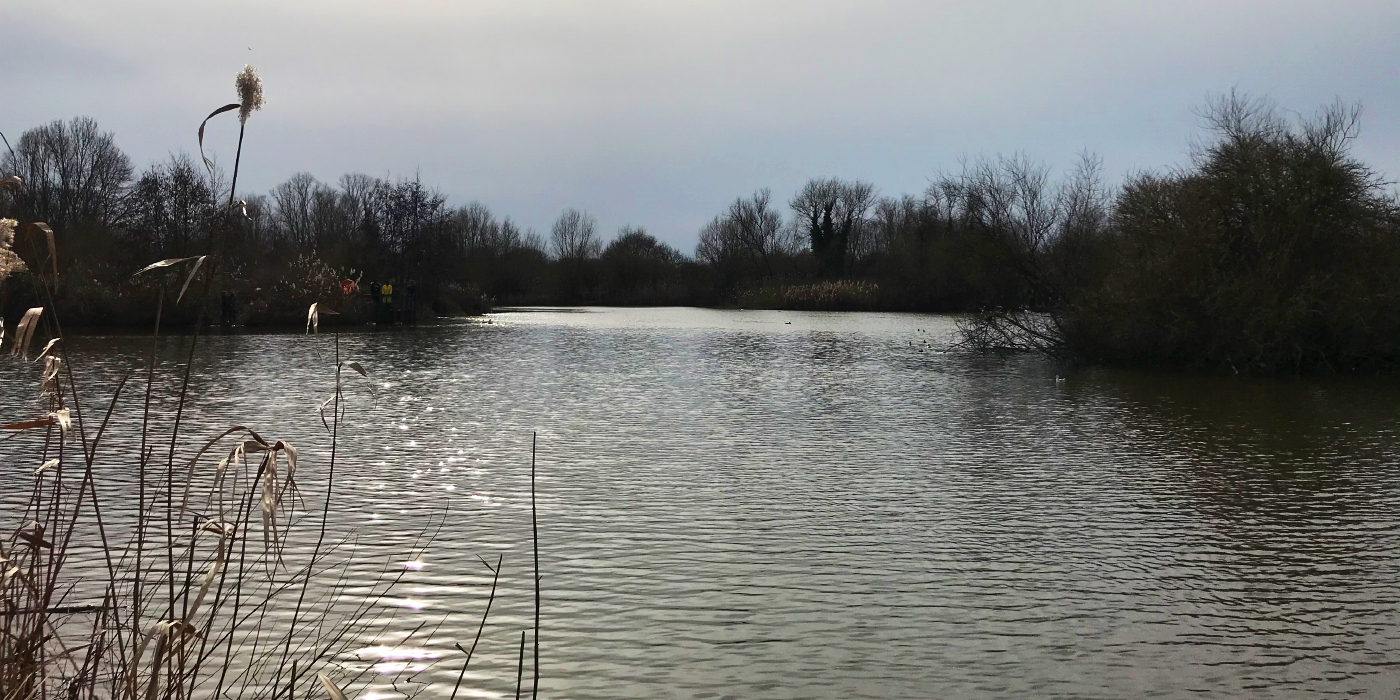 We finally made it to the lake, after having to ask a fellow walker for directions (yes the park is that big). I have to say the water is really rather idyllic, as it is hidden from view on all sides by trees. There are several tracks off of the main pathway to a handful of viewing platforms, which feel intimate and away from the world when you’re standing on them. It was as if we’d  been transported into the heart of a nature reserve and were side by side with the swans, geese, ducks and other waterfowl. Really very picturesque. We actually disturbed a wildlife photographer on one of the platforms. 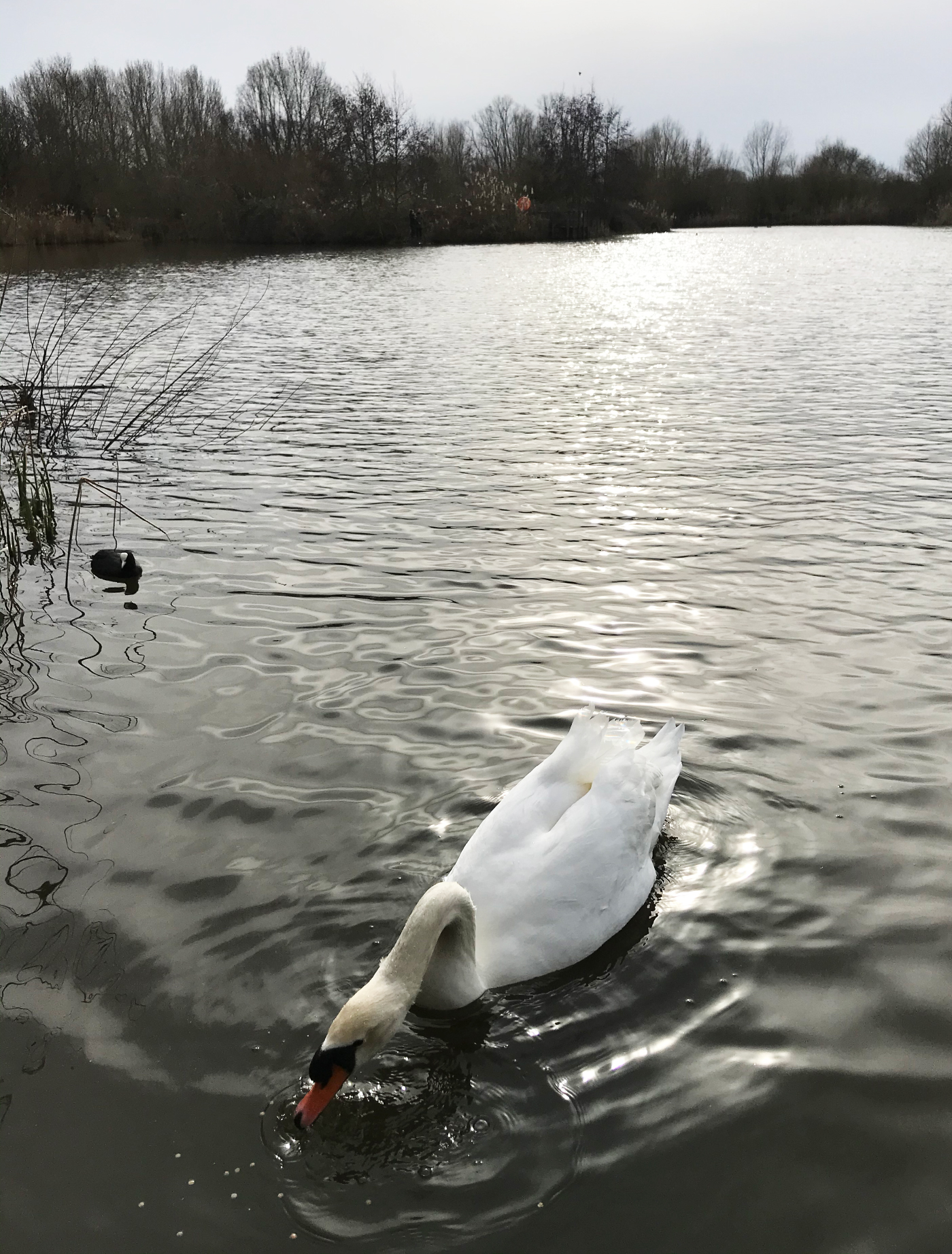 After taking in the lake scenery and feeding the birds (don’t worry, not with bread), we circled back to where we had begun via the wetlands, whilst enjoying the skyline views of the two transmitting stations (or as I like to think of them, Crystal Palace’s two Eiffel towers) just to remind us we were still in Croydon. 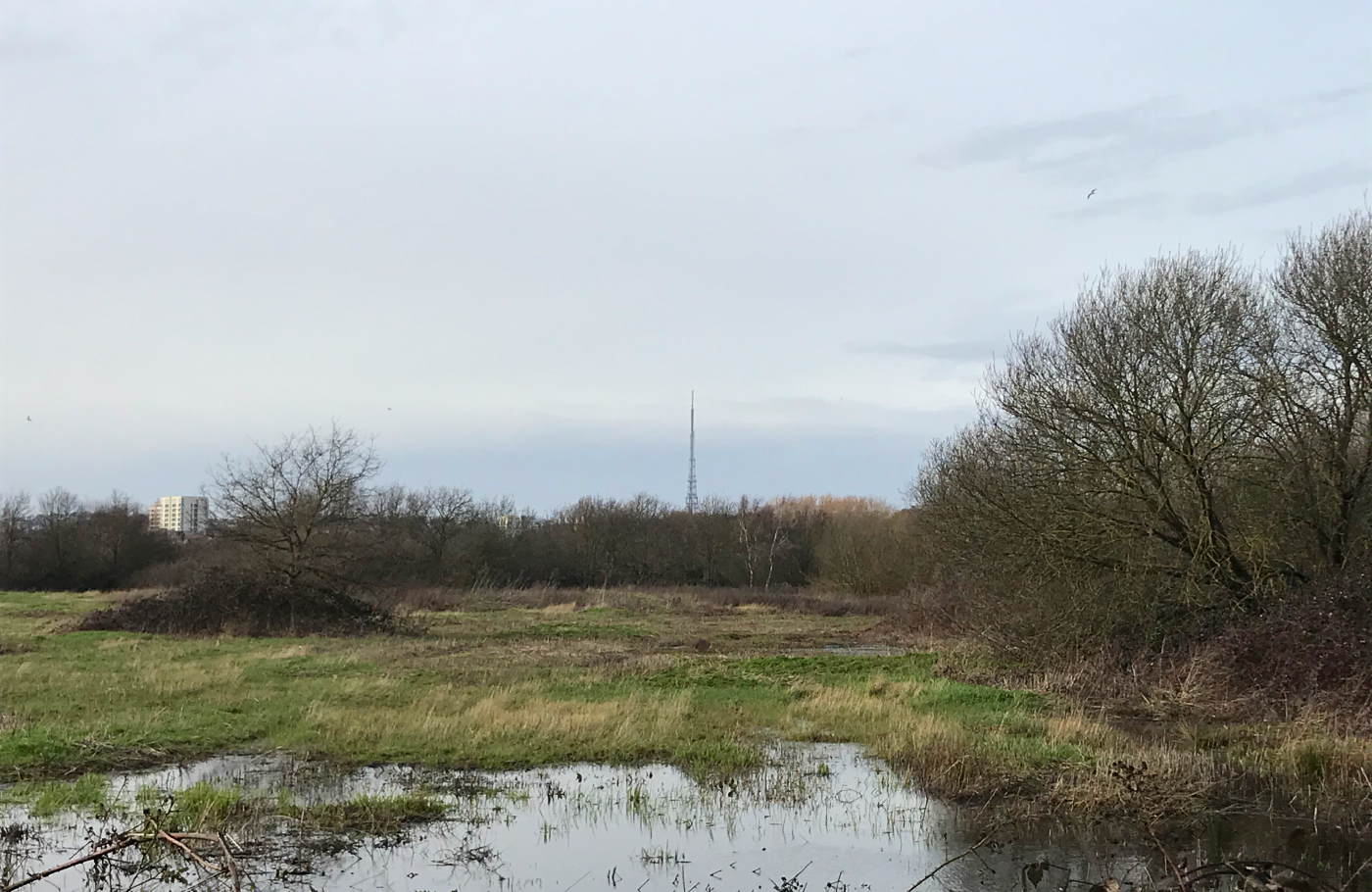 Of course the final pit stop was the playground, next to which was a crepe stand for sustenance, as well as the park’s visitors centre. The latter is currently closed but we hope with the path out of lockdown already mapped, on our next escape to South Norwood Country Park it’ll be open for us to pop in.

You really could spend the whole day here, and when the summer months arrive we’ll definitely be back armed with a picnic. 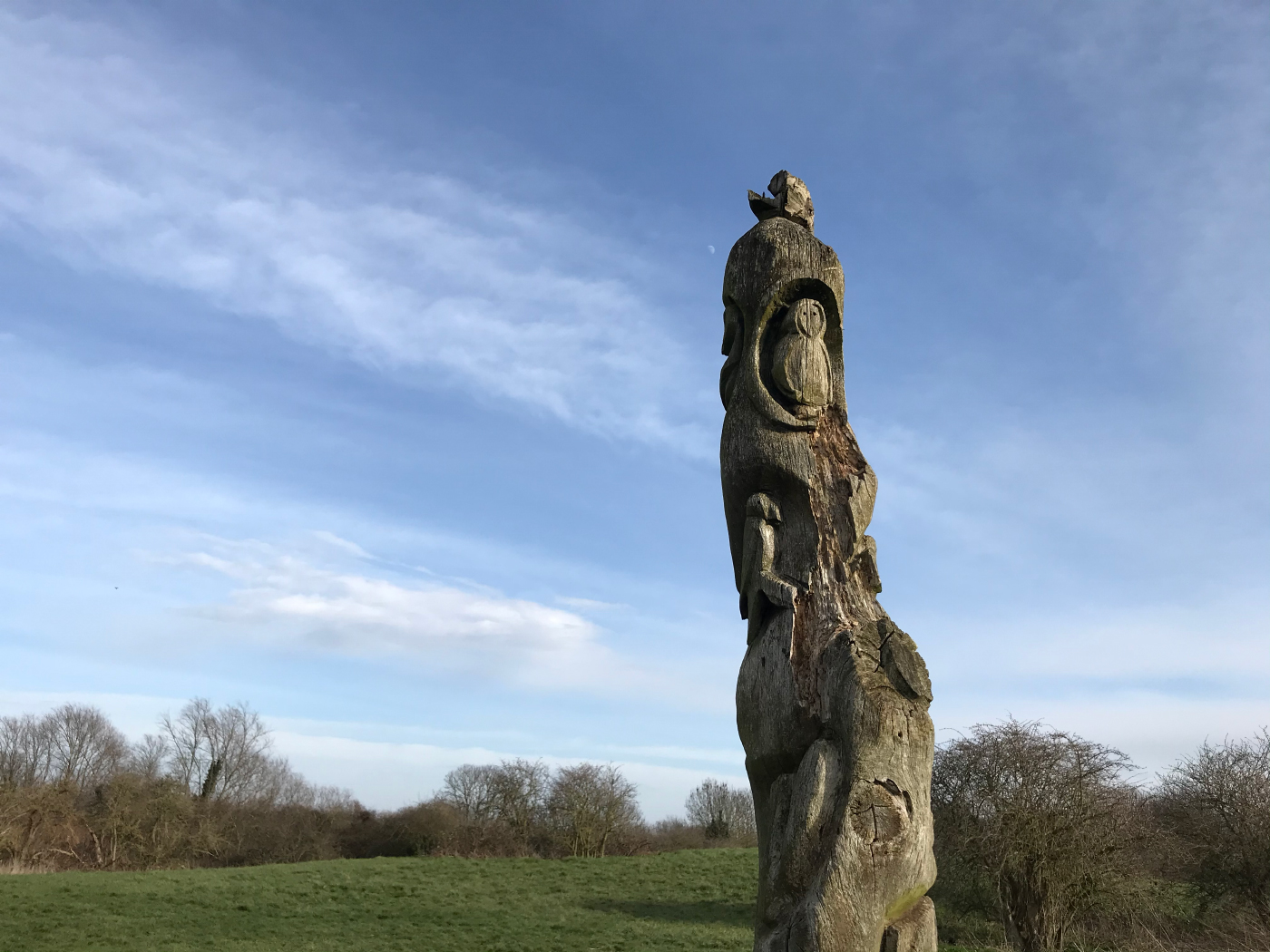 If you’d like to explore South Norwood Country Park’s history further you can read more here.

What a wonderful surprise this was to read about. I was born in Stone Park Hospital near Kelsey Park & grew up in Elmers end prior to emigrating to Australia as a ten Pound Pom in 1963! As a child it was of course the Sewerage Farm & no place of beauty. We used to cut through to get to my cousins home not far from the back of the cemetery. Great to bring back good memories & even better to see what a great use of the area it has become. Well done Croydon! Should I ever return for a holiday (looking unlikely now Corona has struck) I shall be sure to visit whatever the season. An aerial view would be great if your thinking to add to your beaut pictures. Thank you