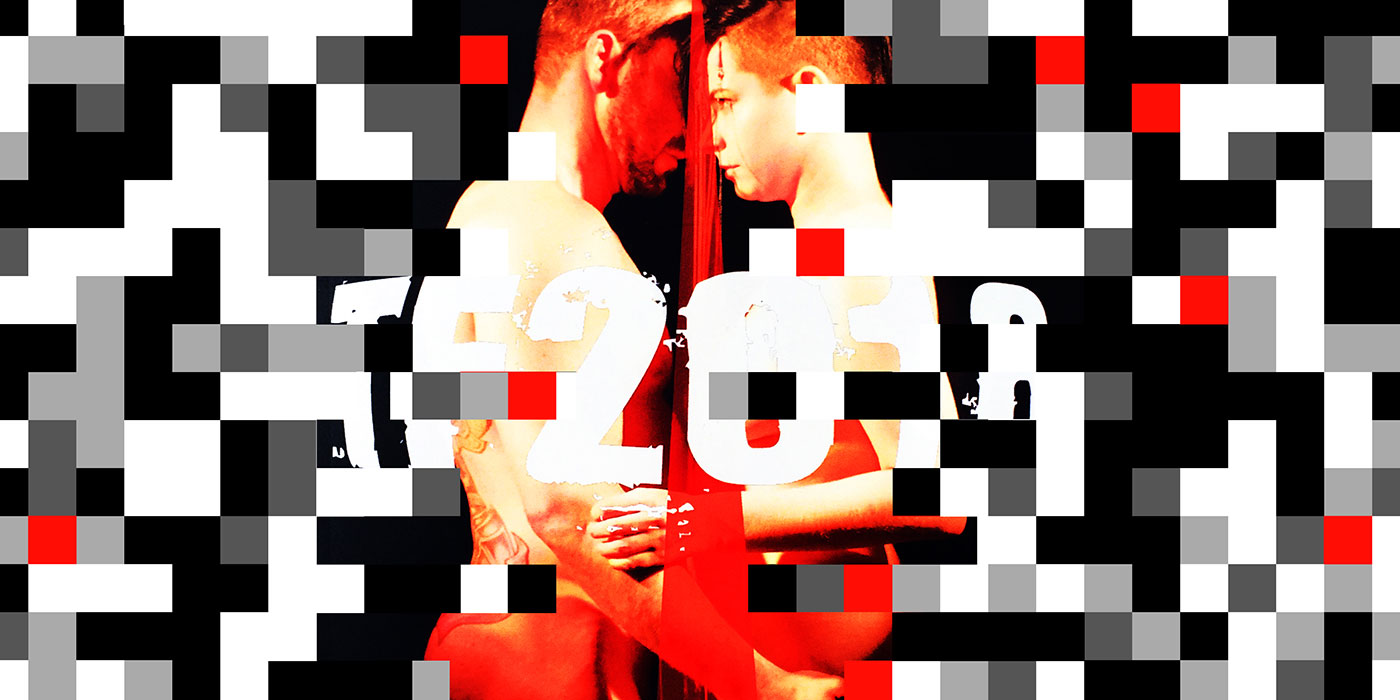 The Tories have been swinging an axe at the arts budgets like a madman on amphetamines, ever since election (don’t worry this isn’t going to be a political rant, promise!). On top of this it’s a very challenging and somewhat disturbing time indeed for our nation (Brexit, the increase in racist attacks – hang on in there, I do actually get to my point in the next paragraph).

One of the things that has been lifting my spirits of late, is people’s ability to rise to a challenge. To not sit on their laurels, to get active, to create and inspire others to do the same.  This month sees the performance and noise art festival, Tempting Failure come to Croydon, and its timing could not be more apt. 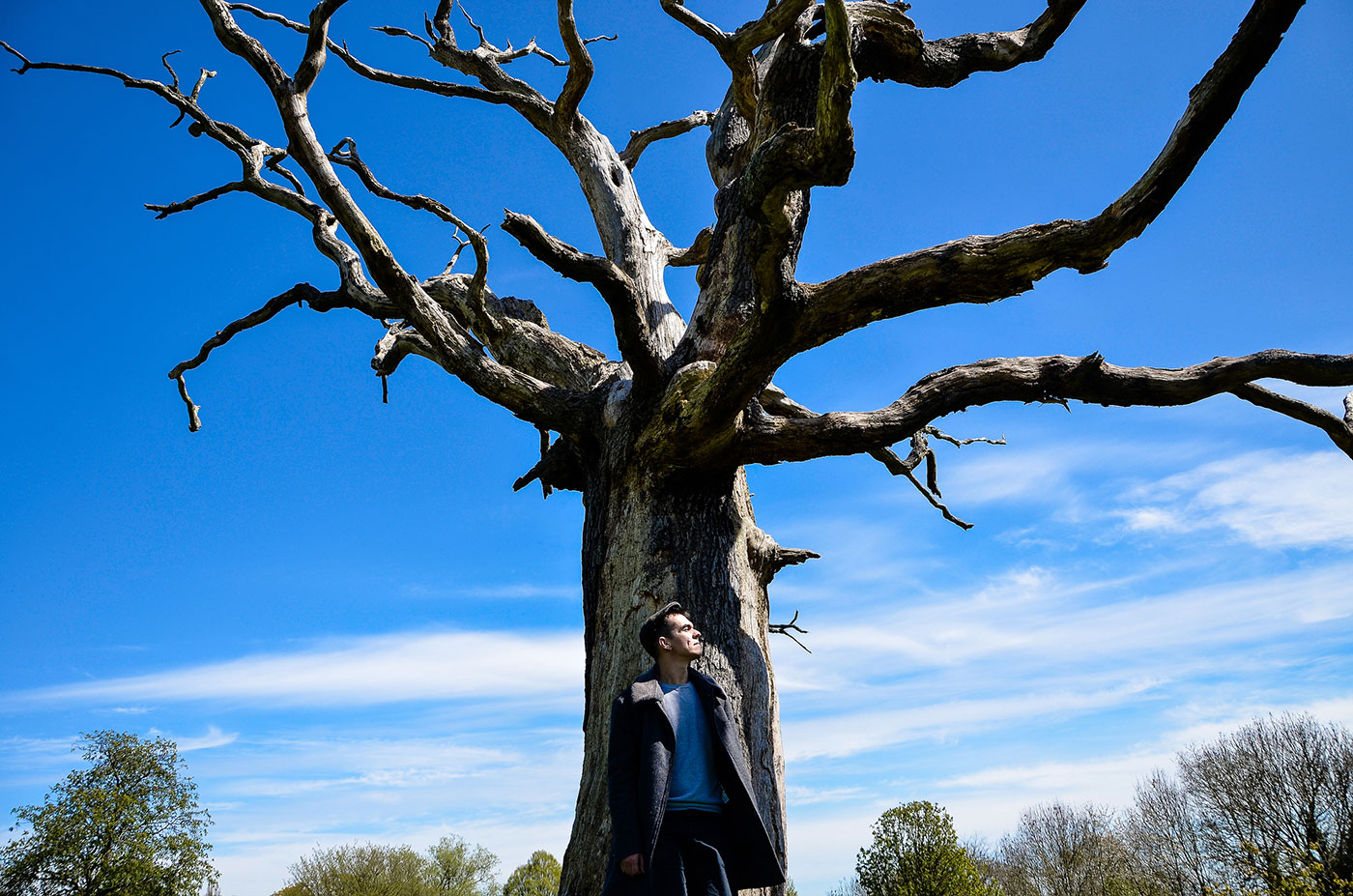 This year’s theme, taking to the streets of Croydon, and venues descART.es  and Theatre Utopia at Matthews Yard, was formed in response to the provocation in-utero – some 400 artists from around the globe applied to take part in what will be the 5th anniversary of the festival. Pushing boundaries and exploring themes of origin, identity and growth, this year’s programme promises to deliver a schedule of provocative, challenging, inspiring, tender and sometimes shocking events from some big name international artists and emerging talent.

9 days and 85 artists: the festival is opening in Croydon, then moving onto Brixton, Herne Hill and Hackney. But how did it all begin? 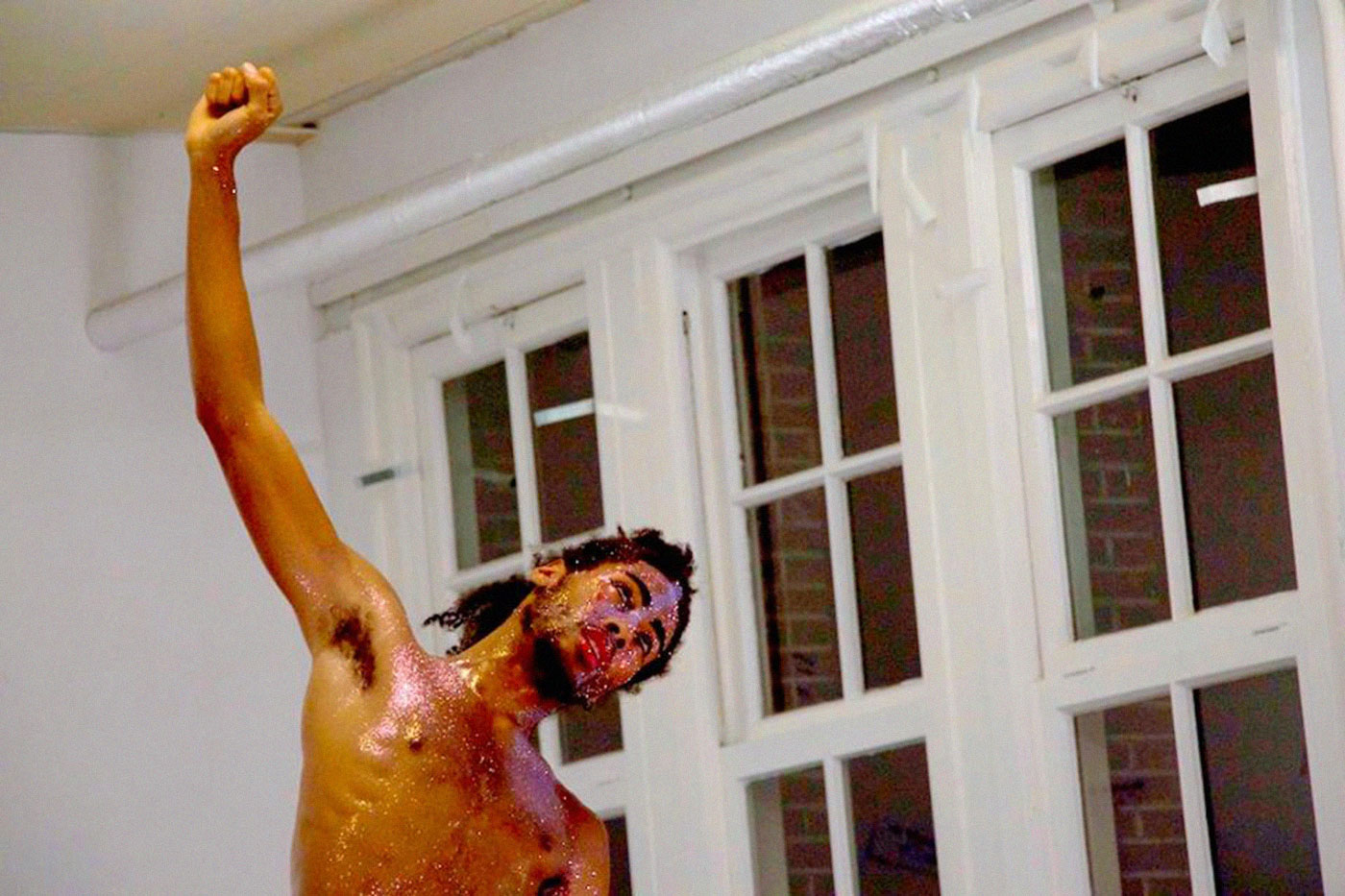 We caught up with Croydonian, Thomas John Bacon, Artistic Director of Tempting Failure, to get the lowdown. Thomas, got his first taste for the arts, not in school, but at our beloved Clocktower, where together with the David Lean Cinema, they taught film, editing and directing skills. This grounding would later lead him into the world of performance art at Bristol University, and where the story of Tempting Failure truly begins.

Thomas tells us that the idea for the festival was partly associated with his PHD. He wanted to curate certain artworks that he could use as examples. However living in the South West, he was a little frustrated with the performance art scene, as it didn’t exhibit the full range of work, shying away from the edgier end of the spectrum that held a particular interest for him. Thus he created the first Tempting Failure festival to bridge this gap.

Thomas recalls that in the first two years before they had any funding, the event pretty much operated on a door split as a way to pay the artists. Now here’s the rather beautiful thing folks, when they gave the artists their fees, they all decided to donate the money back to the festival to ensure its future as a space for people to create. 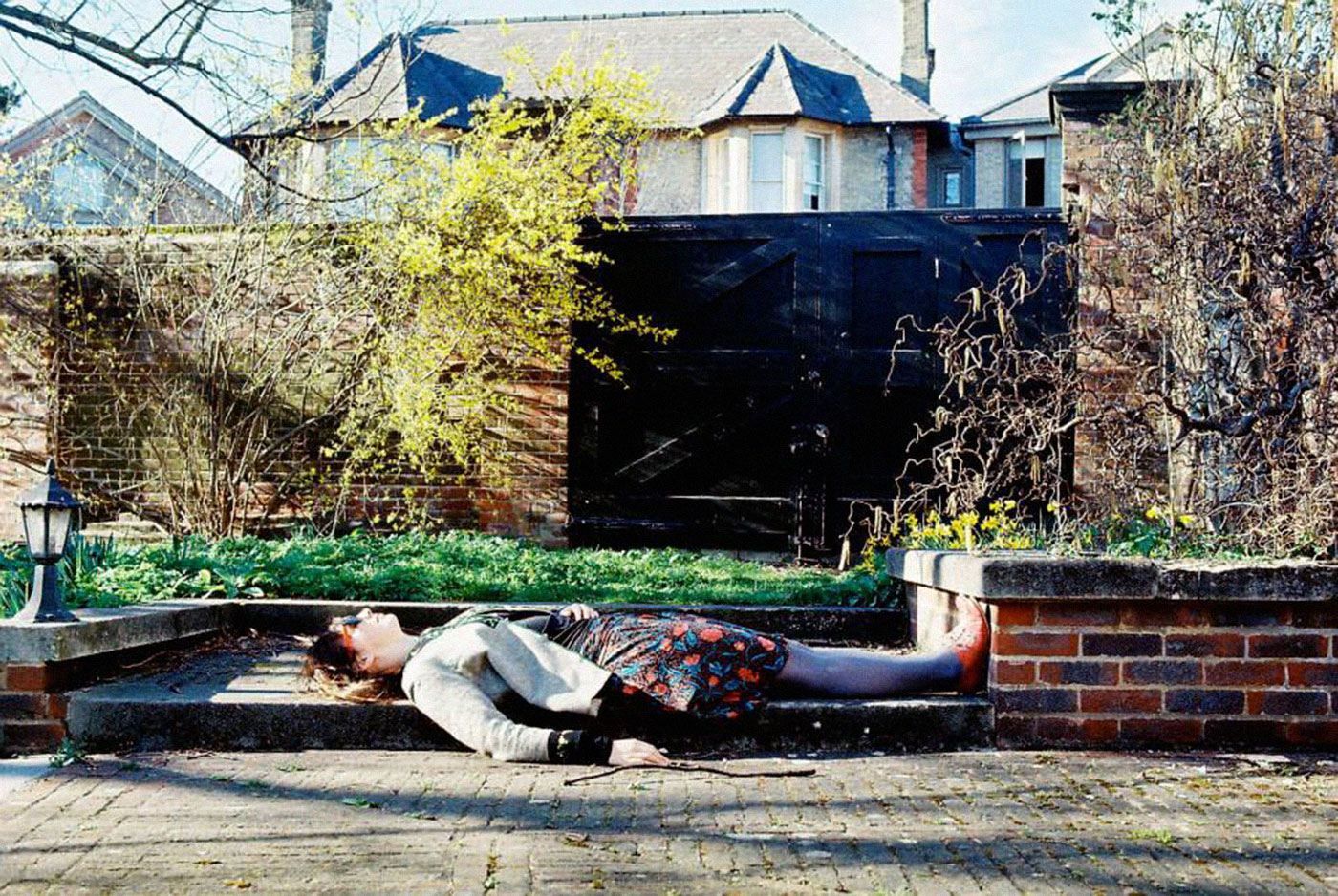 Rhiannon Armstrong, performing on Saturday 23 July on the streets of Croydon

The community spirit continues to this day. The core team behind Tempting Failure is just a few people, but as the event draws nearer, more people get on board as volunteers or production associates. It doesn’t end there either. This year sees a number of master classes and workshops (some of which are already taking place). There’s also a programme with 5 well known international artists, including Poppy Jackson and Manuel Vason, mentoring young graduate artists through a one-to-one process which will see their work form part of the festival schedule at the end of it. A nice launch pad for emerging talent indeed. 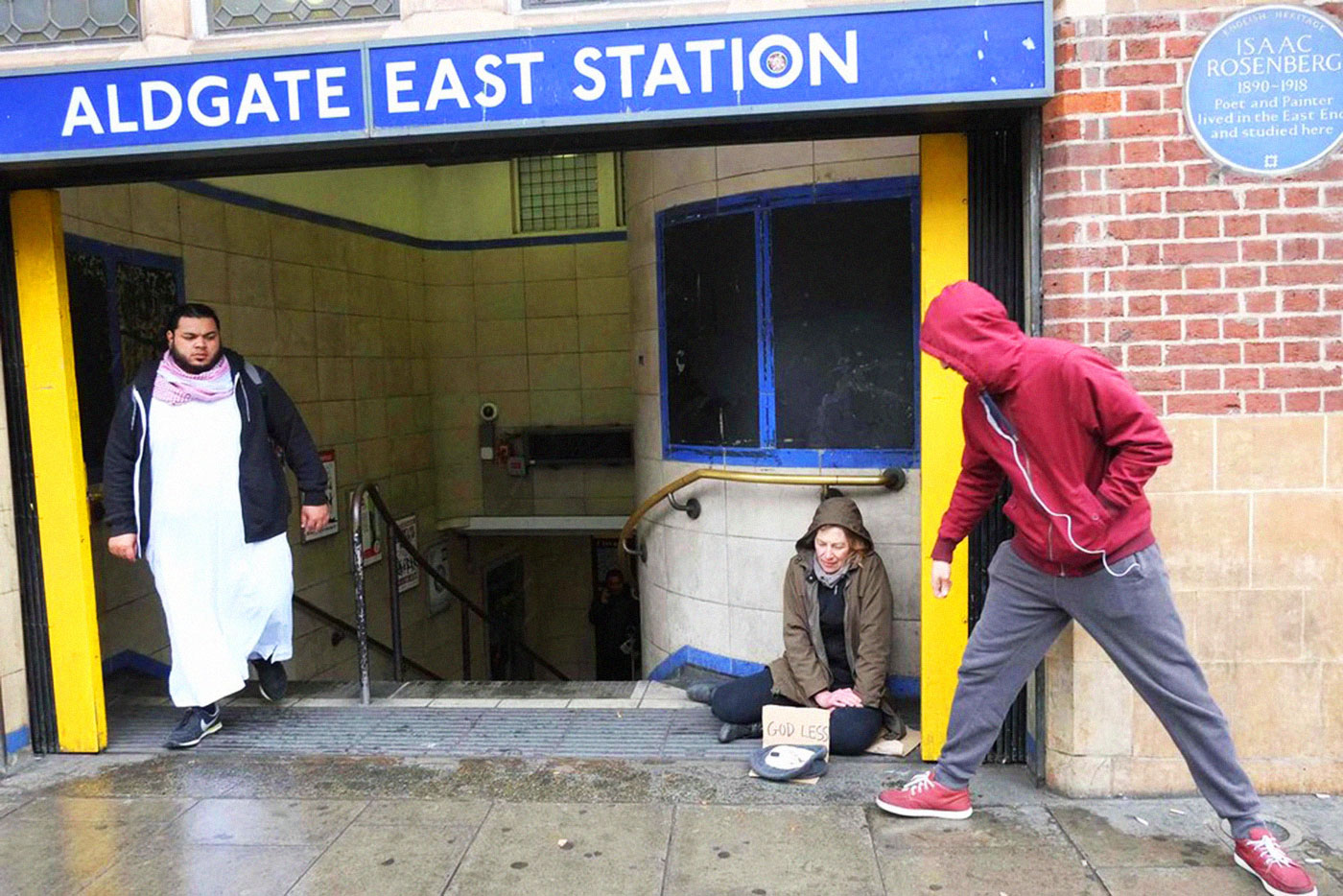 We lastly asked Thomas a bit about his favourite Croydon hangouts with some quick fire questions. You know, throw him off balance with some hardcore Qs to see if he could take the heat.

Croydonist: A pint in Croydon?
Thomas: The Spread Eagle, although I have decided not to drink until after Tempting Failure, which pretty much means I haven’t had a drink this year!

Croydonist: Shopping, Whitgift Centre, Central or Purley Way?
Thomas: Forbidden Planet, but if I had to pick one of the three… I guess Purley Way, maybe?

Croydonist: Travel – bus, tram or train?
Thomas: Bus. I don’t know why as I could get the tram.

Tickets start from as little as £3.60 with many street based performances and all daytime exhibitions at descART.es Gallery being completely free.