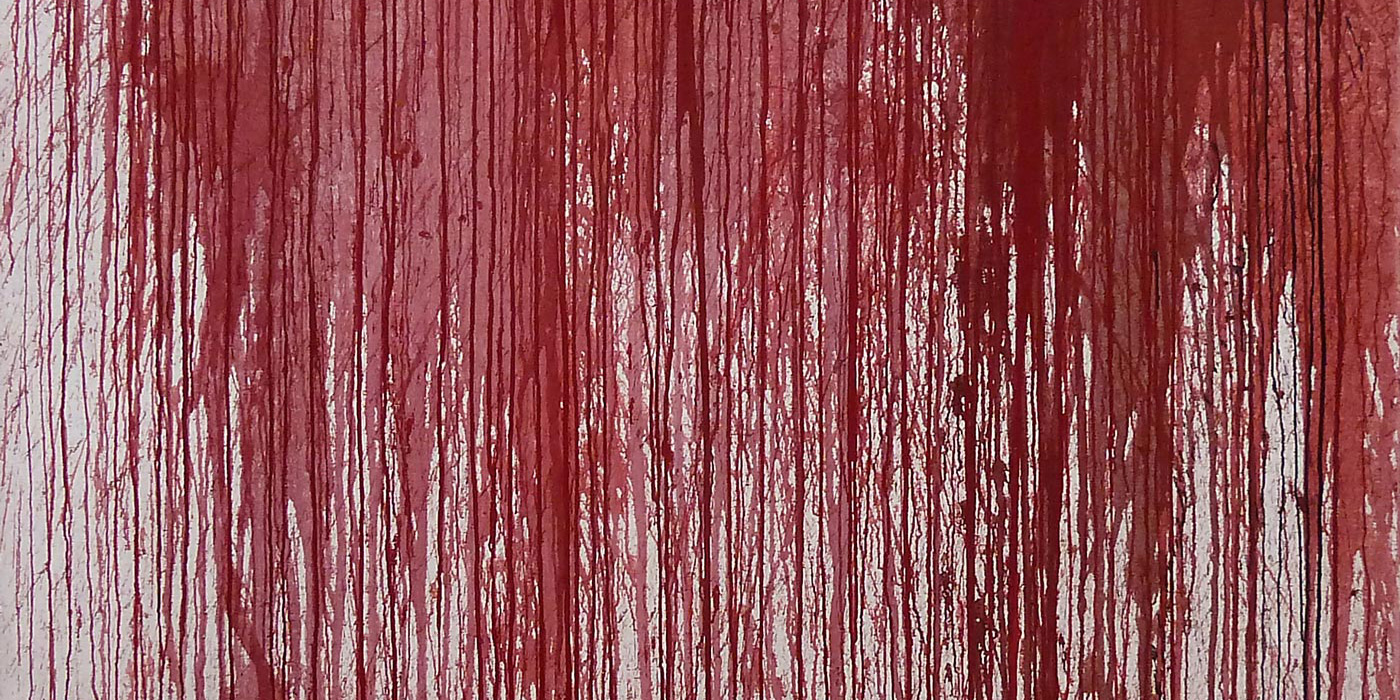 Many moons ago, Croydon was famed for its performance spaces. The Davis, Empire, Grand and Warehouse Theatres are all sadly ghosts of the past these days, but fear not my friends, for Croydon is very much alive and kicking with more arts festivals and theatre than you can shake a stick at. Croydonites Festival of New Theatre has just celebrated its third year, ZooCo (theatre company) have a space in the Whitgift Centre, there’s a theatre above the Spread Eagle, one in Matthews Yard, a newly opened space called Front Room on St George’s Walk, and now, we have Tempting Failure (TF2018); performance and noise art festival, returning this summer too.

The festival runs from Monday 9 to Sunday 22 July with a jam-packed bill of daring, exhilarating, and innovative theatre. We caught up with the man behind the event, festival director, Thomas John Bacon, for a natter. 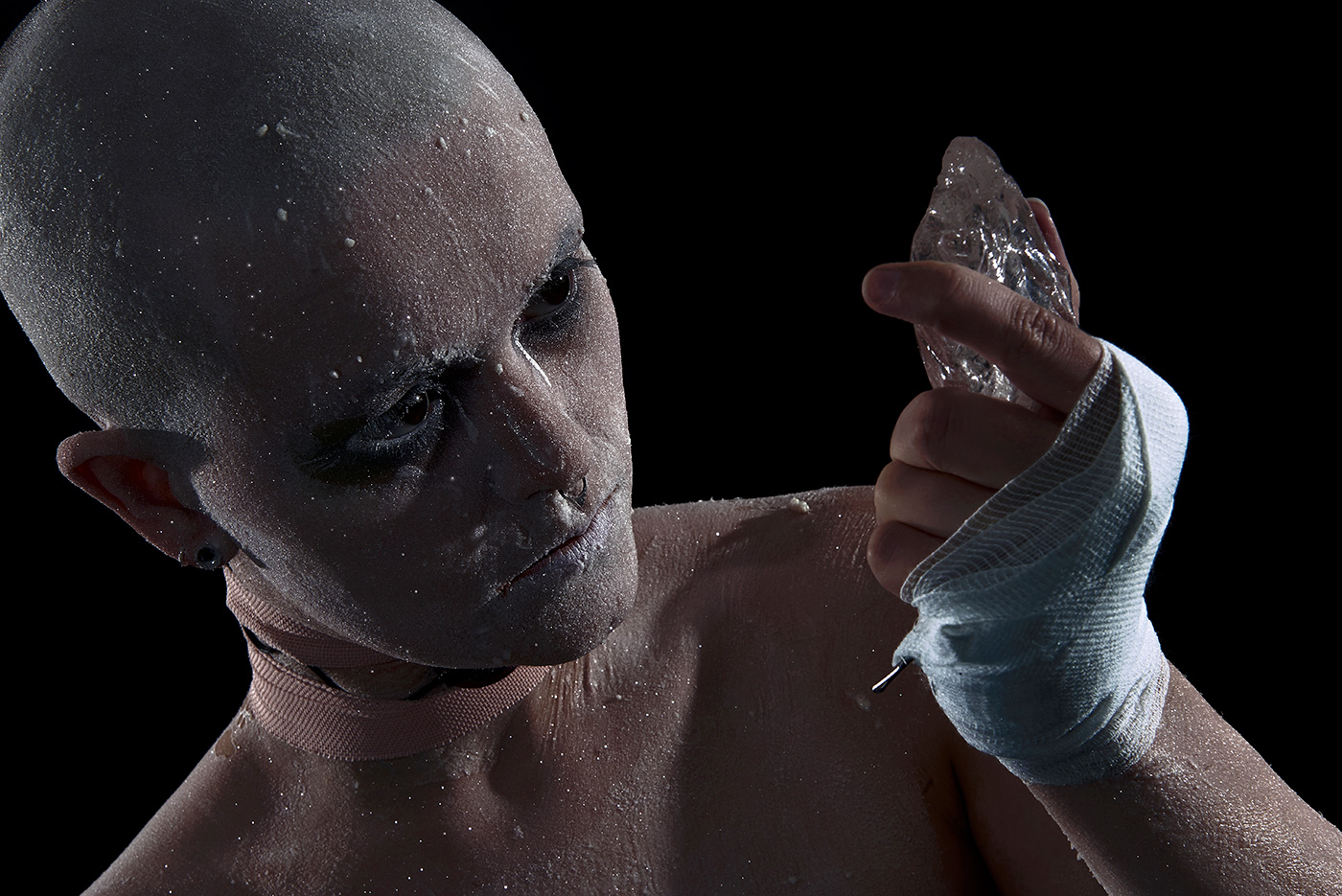 Croydonist: We’re excited to have Tempting Failure return to the sunny concrete shores of Croydon. For those who haven’t experienced the festival before, can you tell us what they can expect?

Thomas: TF18 is like a mouth full of popping candy! It’s explosive and irresistible. You might be hesitant to try it the first time, but once you do you’ll be hooked! Sometimes the work will be right up your street, sometimes it will take you to the edge of your comfort zone and then beyond. We have well over 70 artists this year from 20 countries and the entire Biennial will be right here for 2 weeks in Croydon from 9-22 July, with a myriad of works that will blow your mind!

Croydonist: It’s such a fantastic thing that you offer emerging artists the chance to be part of a mentoring programme. Can you tell us a bit about a couple of the mentees and who their mentors are?

Thomas: This year’s mentors feature some previous TF alumni such as hella-famous Helena Goldwater, the controversial Kylie Minoise and the irrepressible queen of queer Rosana Cade. It would be a shame not to mention all five our mentees: Moa Johansson, Natalie Wearden, Peter Eason Daniels, Nicole Murmann and James Jordan Johnson. The last of whom is being mentored by the outstanding Jamal Harewood who performed at Croydonites in 2017. Each is making very personal works that spring forth from their practice and will be nurtured by both TF and their mentor. 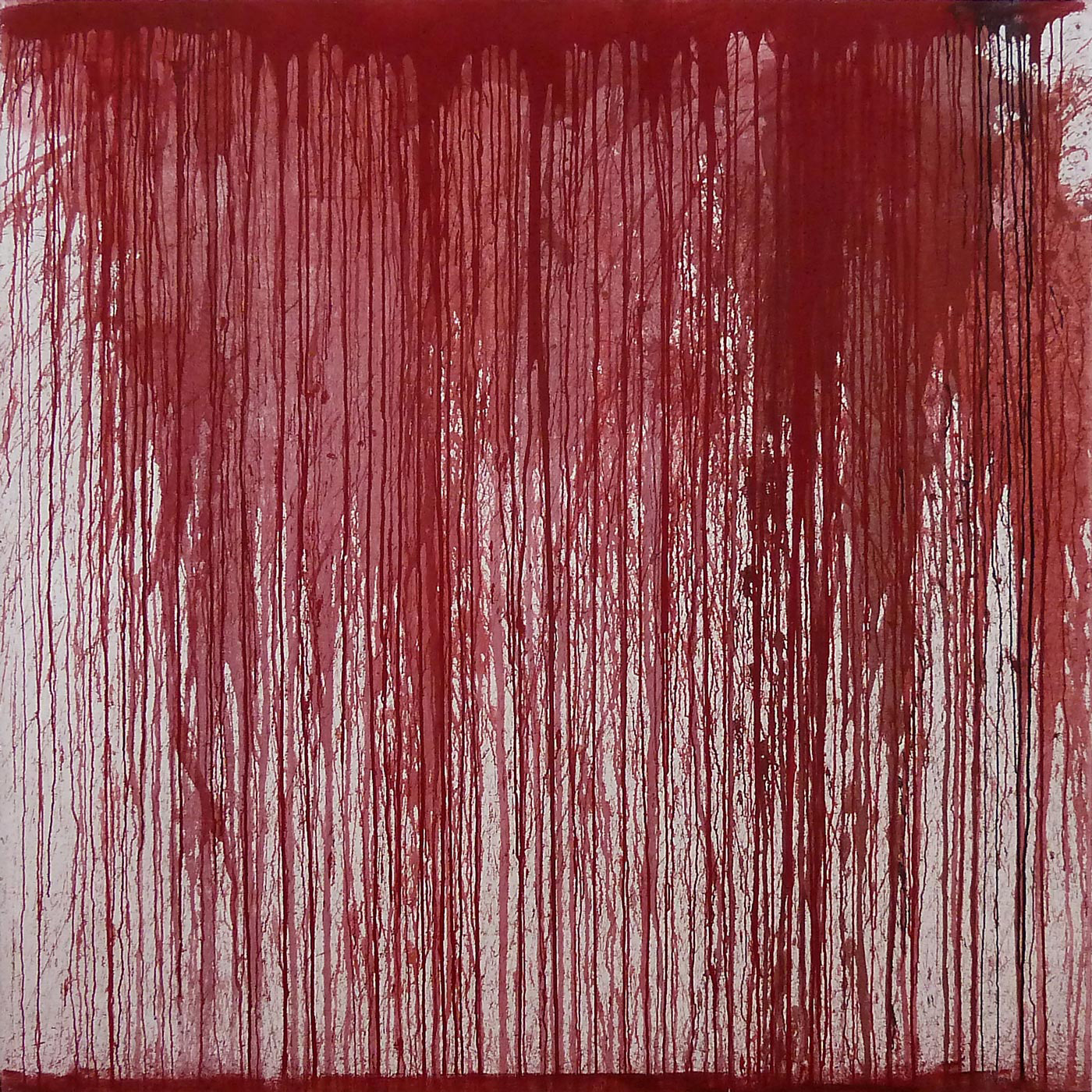 Croydonist: The complete festival schedule is yet to be released. Can we be naughty and ask if we can get a sneak peak of some of the yet to be disclosed details?

Thomas: The majority of the artists have been announced, but the exact details of their works has not. Each piece acts as a response to the provocation ‘Fractured Bodies’ and from political commentaries on geographical borders to human borders, disability, ability and perception of Being, to name just a few interpretations; the responses from artists is both pertinent and apt with every piece.

I personally am extremely thrilled that we are able to host rare archive footage for the first time uncut and uncensored by the godfather of the Viennese Aktionists, Hermann Nitsch. This year marks his 80th and his influence has been far reaching, touching my own work, as well as those of many others. I was fortunate enough to meet him earlier this year and his gravitas is without question, while his work, even on screen, is still incredibly powerful and at times difficult to watch. It is certainly not for the faint of heart or easily offended, but it is relevant and captivating.

Additionally, it brings me so much pride to also be able to support local artists as well through TF, and one of those I cannot wait to host is sound artist Dale Cornish whom we have commissioned to create a very special work in support of the mental health charity, SANE. This sound installation will be for an intimate audience to uniquely occupy the Croydon council chambers in a mindful and restful way. To say more may be to spoil the concept, but audiences will have a once in a lifetime opportunity here.

Lastly, I am also extremely thrilled that we were able to bring back Rita Marcalo after her successful “Dancing on the Streets” from TF2016 to work recently with young migrants in the borough through our partnership with Young Roots.  Together they have been capturing their own narratives of the town centre as part of an audio tour we will be producing for the festival. This will enable local and visiting audiences to experience the world through the voices of these young people and rediscover the familiar and unfamiliar with new eyes. 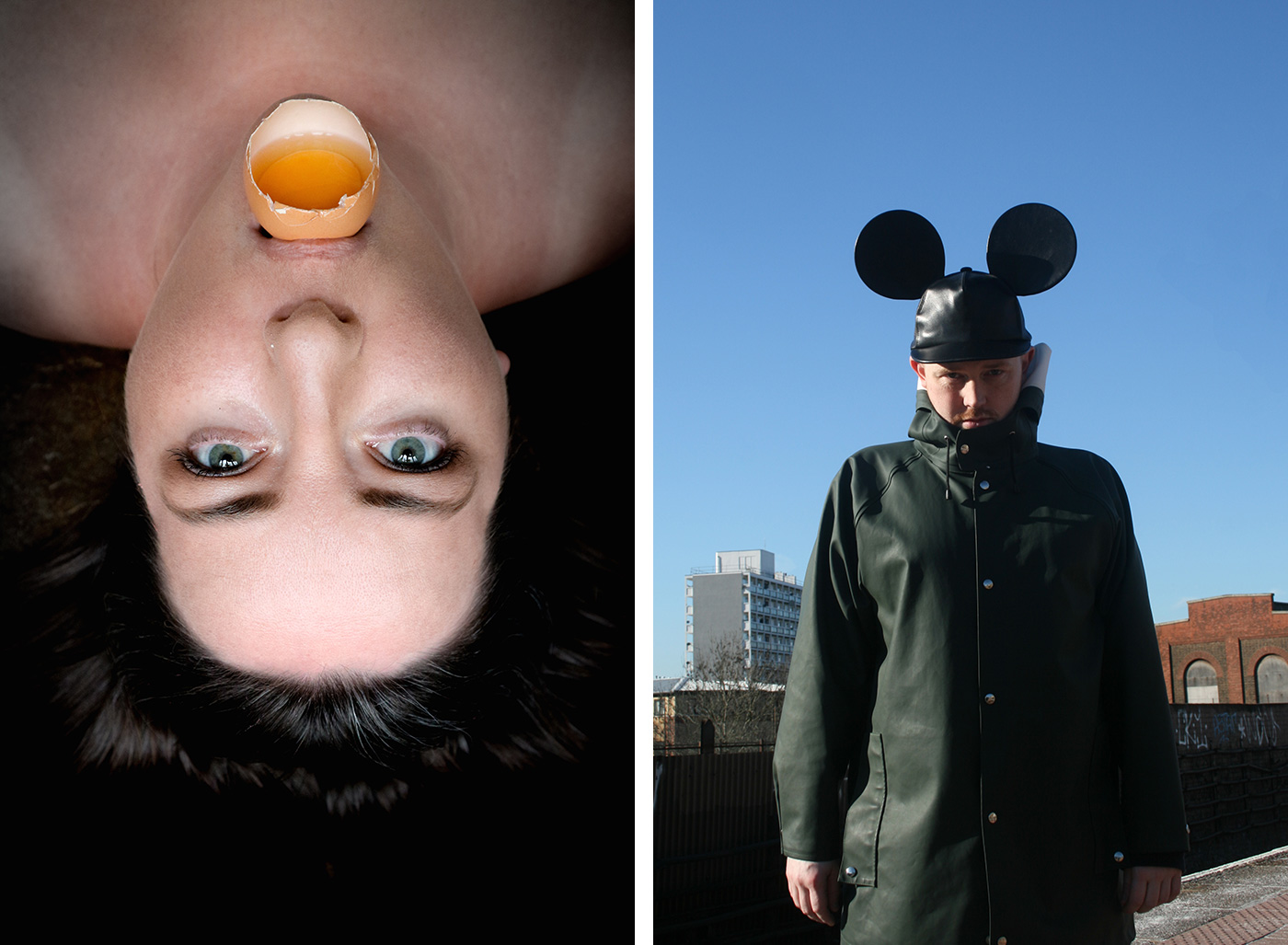 Croydonist: Where in Croydon will the festival be held?

Thomas: We are back with Matthews Yard, taking over the theatre, the lounge, the cafe and the gallery once more, but we will also be bringing TF18 to Turf Projects, The Front Room, the Spread Eagle Pub Theatre, Braithwaite Hall, Council Chambers, David Lean Cinema and streets of the town centre.

Croydonist: We’ve spoken in the past about your own performances. Any chance you’ll treat us to some of your work this year?

Thomas: Oh I wish. I am very close to debuting a new work. Last year I had a residency with the Sidney Nolan Trust which was instrumental in allowing me time to refocus. Since then a couple of attempts to bring the performance work to fruition have fallen through, but I think these things happen for a reason. I got a book commission which I am currently writing and obviously TF returned, both of which are awesome life events. I am now on the waiting list with Turf Projects for some studio space, so fingers crossed there as I have been making artefacts as much as performance. Ultimately I hope that 2019 will give me a chance to show this new piece, which sees me return to the fragility of the body but this time through the eyes of exploring a psychogenesis landscape. 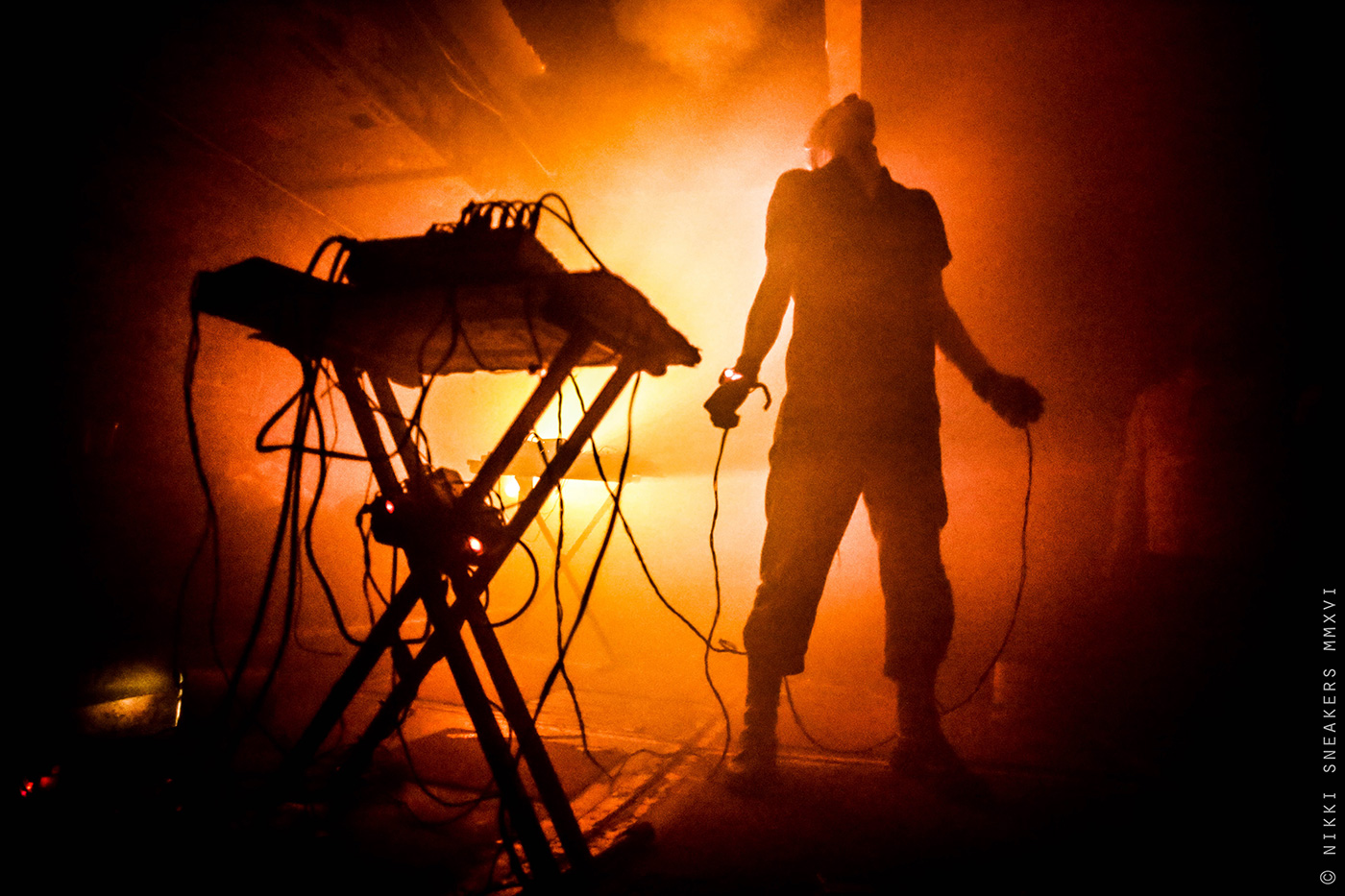 Croydonist: What would your best advice be to someone wanting to break into the world of noise and performance art?

Thomas: We hosted some MA students from CSSD at Matthews Yard and Turf Projects to provide them with advice and inspiration for their Brink Festival and this same question came up. One young person was worried about how to make that leap, and how to create an identity in this world. Labels are useful and a hindrance; when you are just starting out you shouldn’t worry about pigeonholing yourself too quickly, but expose yourself in the worlds you love – such as those provided by TF, Festival of Peace or Croydonites – go to the places where you can see the work of others and then make sure you meet them! Make your own work and show it wherever and whenever possible. Don’t worry about fame or trends, do what inspires and interests you and people will eventually be drawn to that over the flash-in-the-pan success of others. And finally, no matter what you have to do to survive, be it work a shift in bar or wait tables, you are still an artist!  Every experience we have feeds our work, makes it richer and gives us new ways of seeing the world. Every experience therefore is ultimately a source of inspiration.

Croydonist: Lastly, if you were going to create a rock band with the world of artists at your disposal, who would be in the band and what would the music sound and look like?

Thomas: Hahaha, I obviously love NOISE and experimental stuff. I have a load of albums with weird titles that are all essentially abstract artworks in their own right from field recordings to ambient drone. BUT, I am a sucker for metal and industrial music, and have a massive place in my heart for the German band, Rammstein – I mean, how could anyone resist face flamethrowers! So that would be my aesthetic: loads of pyro, everyone wearing black leather, latex and straps and my group would feature, Joke Lanz and myself (if I could tear him away from Sudden Infant) on vocals; we’d sing and speak over one another in discordant harmonies. Hermann Nitsch would be on a deconstructed amplified accordion (don’t worry, I’d give him a comfy stool and string of assistants), Ron Athey would be the sexiest bass player ever, Marina Abramović on drums (no one would expect that), Cosey Fanni Tutti on Theremin (how could I not have the core of Throbbing Gristle pulling our invisible heart strings) and lastly Anne Bean on a lead guitar with no strings!  It would be awesome… but what would we be called?

Croydonist: Now that sounds like a band I would pay good money to see! But in the meantime, I’ll be grabbing a ticket to TF2018.

For more details on the festival, check out the Tempting Failure website and book your festival pass here.