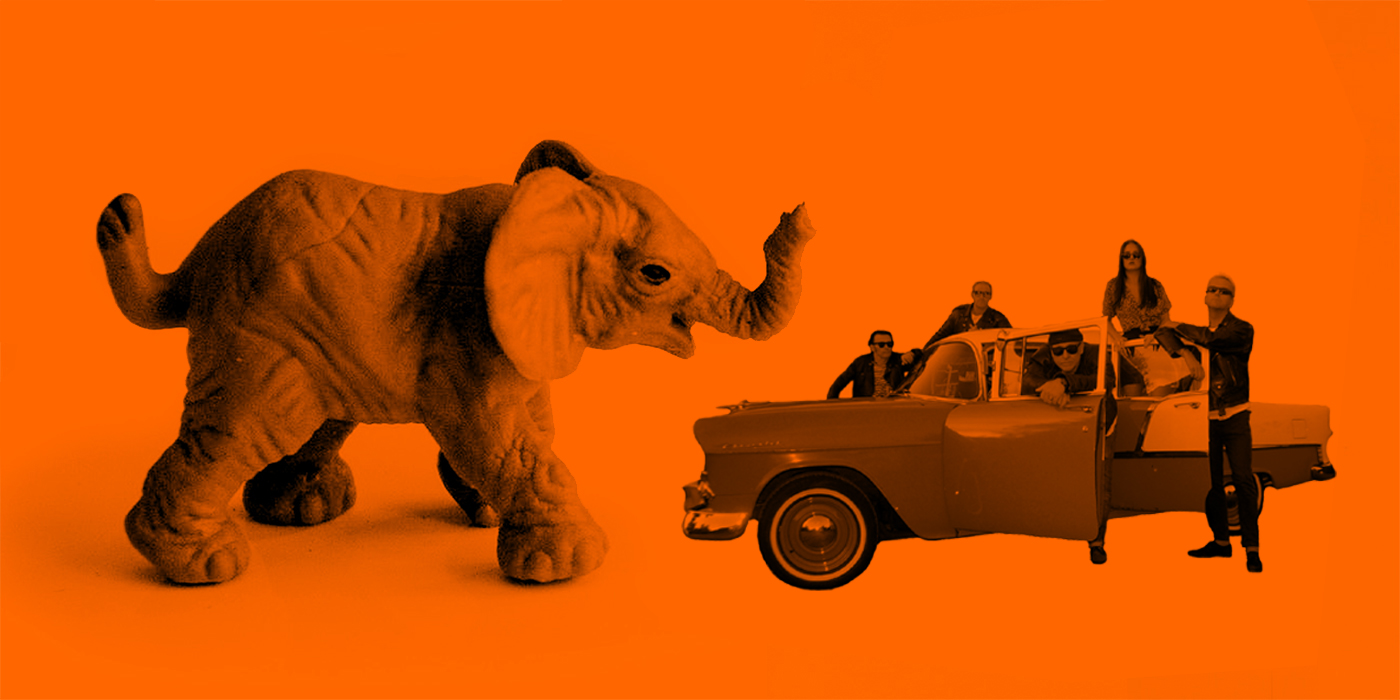 Described as ‘rocket-fuelled pop-punk’ by Pure Rawk after their Croydon Rocks slot last autumn, Croydon-linked band The Weird Things are a 5-piece that are made up of some serious punk talent, from the bass player Mr Jan who has supported The Damned and The Fall, to guitarist Simon Peet who played with the ska band The Riffs in the 80’s. They are joined by seasoned drummer Martin Parrott, Dick Crippen on guitar and backing vocals, as well as new lead singer Leila Parrott (yes keeping the talent in the family – like father, like daughter). After catching The Weird Things headline a packed Hoodoos gig at the Front Room last saturday night, we caught up with drummer Martin to find out a bit more about the band, ahead of their slot at the Croydonist’s very own festival Cro Cro Land in April. 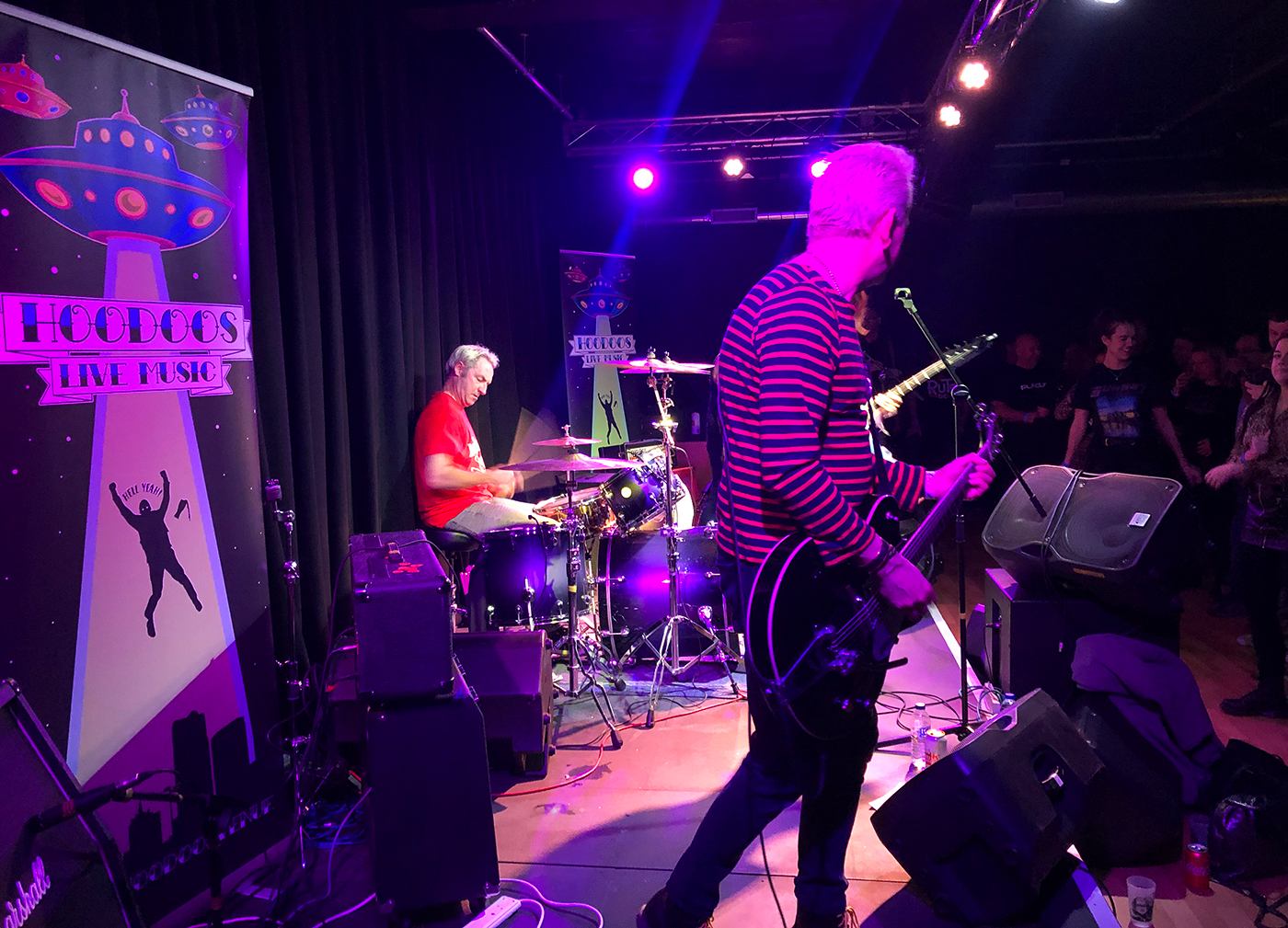 Croydonist: First off are you all Croydon natives or converts?

Martin: We are from Caterham. About 6 miles away. But I started playing in Croydon when I was 16 and can remember when it was THE place to play.

Croydonist: Why the name The Weird Things?

Martin: I’m a big fan of the Pretty Things and wanted a name that tipped the hat to them and we came up with the name The Weird Things and it seemed to fit.

Croydonist: Tell us a bit about how you formed?

Martin: It all started when my other band CASE decided once again to stop working. I had met Mr Jan through some friends and gigs and we got chatting about working together. I had some lyrics that I wrote about my girlfriend’s illness that she has and her day-to-day struggle with life, and she said to me one day that she would probably never get to hear it. So I asked Mr Jan to come up with some music for us to record it. I then asked Simon to play guitar and I got our original singer Charlie in to do backing vocals and I sang it. It went really well so we turned the experience into the band. Dick Crippen from Tenpole Tudor produced the album. And when we decided to go out and play gigs he joined the band. Blimey. That was a long answer. 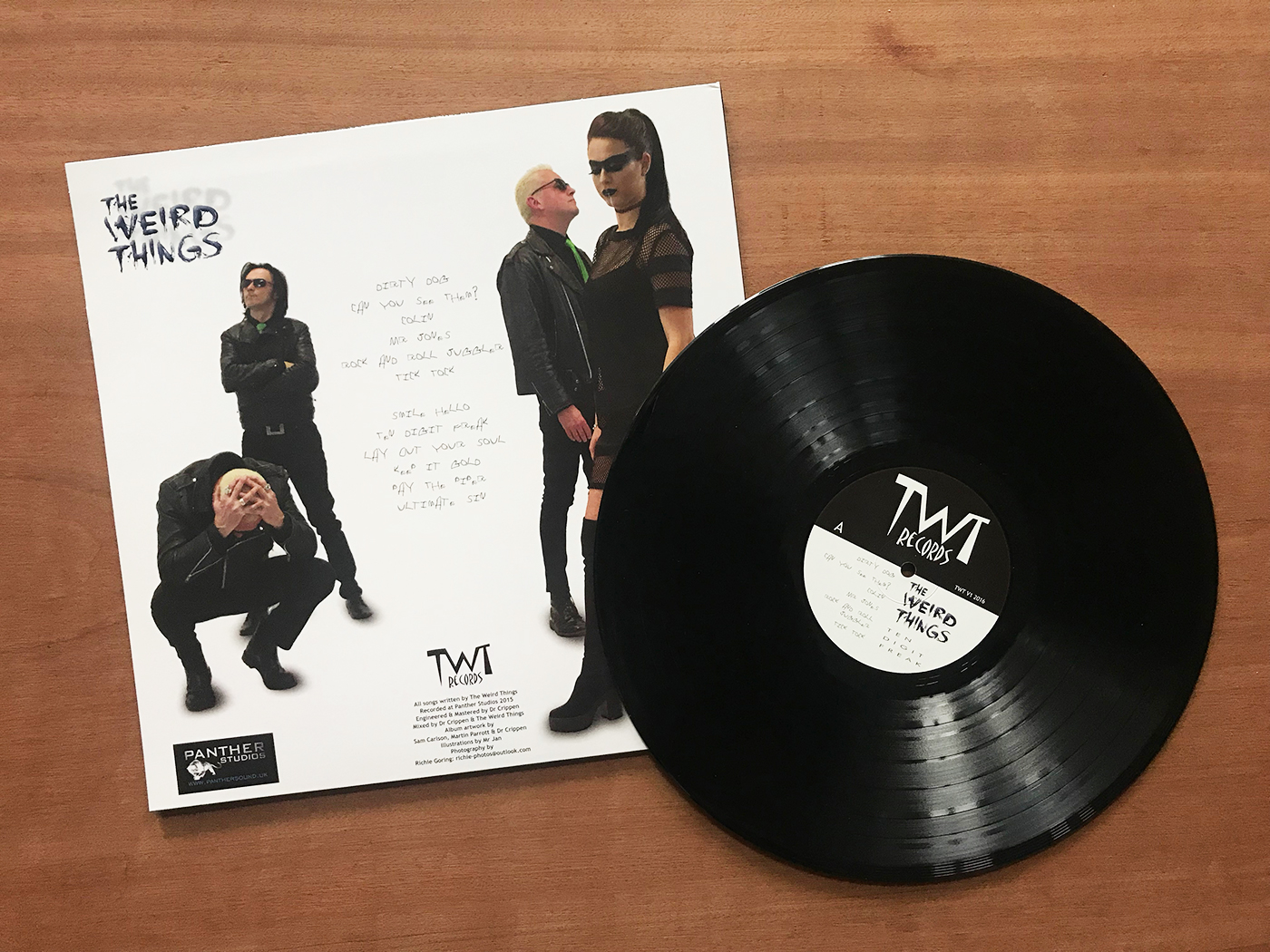 Croydonist: For our readers who have yet to hear your music, how would you describe it?

Martin: Now, it’s old style Garage guitar-based tunes. But the main thing for me is to have good melodies that people can sing along to.

Croydonist: Where do you go for song inspiration?

Martin: Mainly reading really. I hear a line on TV or a word on the radio and it can spawn something, as easy as that…

Martin: I was drumming for a band and we were on tour supporting the American band The Tubes. We were always in the same hotel as Steve Harley from Cockney Rebel and one night after a gig I was slightly worse for a few beers and went up to him in the hotel bar and said the ultimate stupid words. ‘Come Steve. Make me smile.’ He took it really well and we had a beer together. In the morning I realised what I had done felt like a complete idiot.

Croydonist: Well we’ve got that tune stuck in our heads now…

So, best gig you’ve ever played?

Martin: Supporting The Damned at Shepherds Bush Empire last November drumming for my other band Johnny Moped. It was a packed house with a fantastic buzz going around.

Croydonist: How do you think the Croydon music scene for guitar bands has changed since you’ve been playing?

Martin: The music scene for guitar bands has gone from Croydon. It was so brilliant in the 60’s 70’s and 80’s. There is so much I could tell you about the area, but it would turn into a book. Let’s put it this way – David Bowie, the Star Hotel in West Croydon with his early band, The Hype. It doesnt get much better than that. And the first gig the MC5 did in the UK was at the Greyhound and I could go on and on. 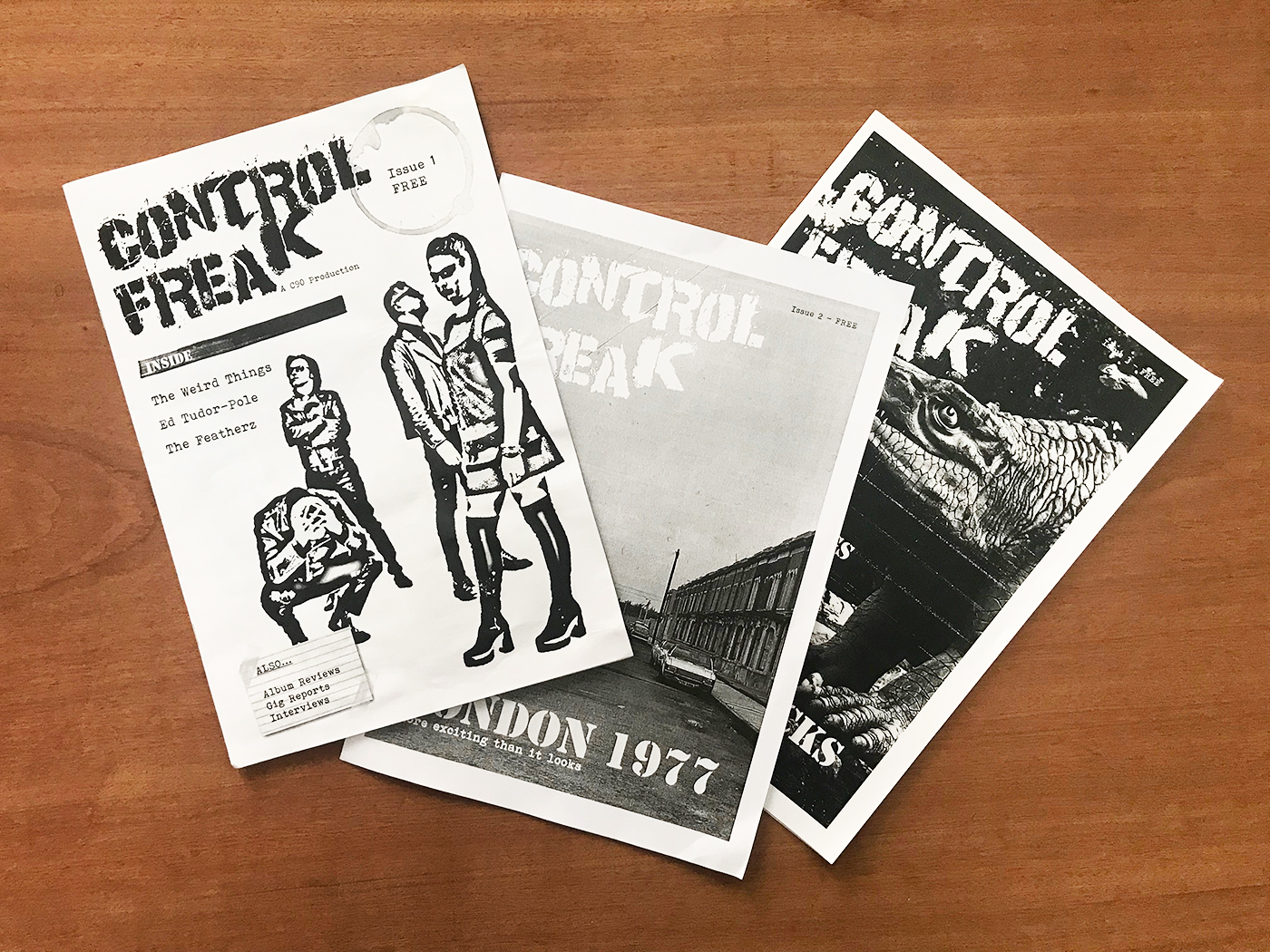 Control Freak zine by Anthony Clark and The Weird Things

Croydonist: Let’s save that for another day. Instead, tell us a weird thing?

Martin: This isn’t weird but it made me giggle when I read this on a toilet wall. And it is a weird thing to write. It simply said in black pen. ‘ELEPHANTS ARE BIG’. It tickled my fancy and still does. Who writes that on a wall? But it is funny.

Croydonist: What’s next for you and The Weird Things this year, apart from playing Cro Cro Land of course?

Martin: We have just finished mixing our 2nd album with our new singer Leila and hope for it to be out by the Spring/Summer so we’ll be playing gigs around the UK.

Thanks for chatting to us Martin. Where The Weird things are, at the moment, is a great place for the rise of Croydon guitar music. See them play at Cro Cro Land on 6 April, and check out their website for further gig dates.

Header image – band photo courtesy of The Weird Things, combined with elephant photo by Magda Ehlers, manipulated by the Croydonist.