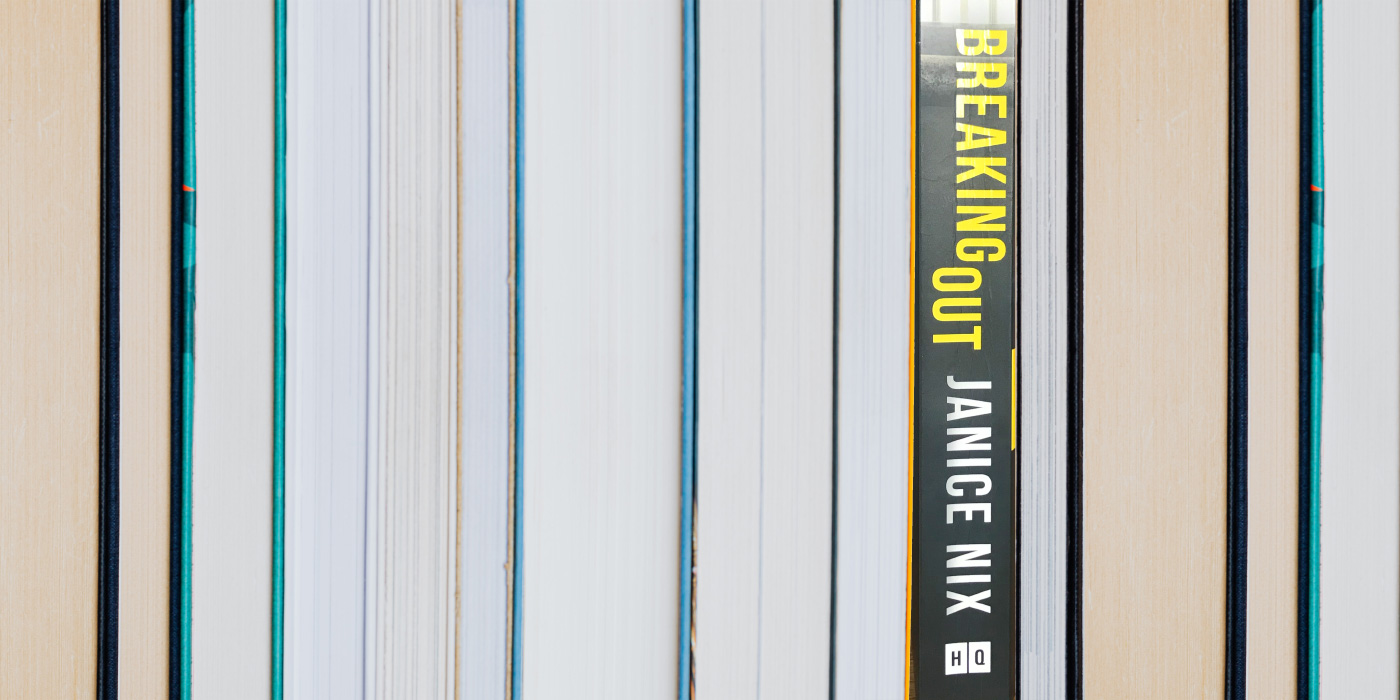 Now that my days lack a train commute and I have an energetic three-year-old to tire me out, I don’t have time to read as much as I used to. However when I heard earlier this year that the second book by Croydon-based author Elizabeth Sheppard was about to be published I knew I’d have to carve out some ‘me’ time to devour it, as Sheppard’s first book ‘Not A Proper Child’ was simply unputdownable. In her new release ‘Breaking Out’, Sheppard partners with Janice Nix to tell Nix’s remarkable story. Nix is truly inspirational, having completely turned around her life – once a gangland empress, she became a counsellor whilst in prison and then joined the probation service on her release and dedicated herself to rebuilding other ex-offenders’ lives.

Without giving too much of the story away ‘Breaking Out’ is equally as compelling (if not more so) than ‘Not A Proper Child’. I caught up with Elizabeth Sheppard to find out more. 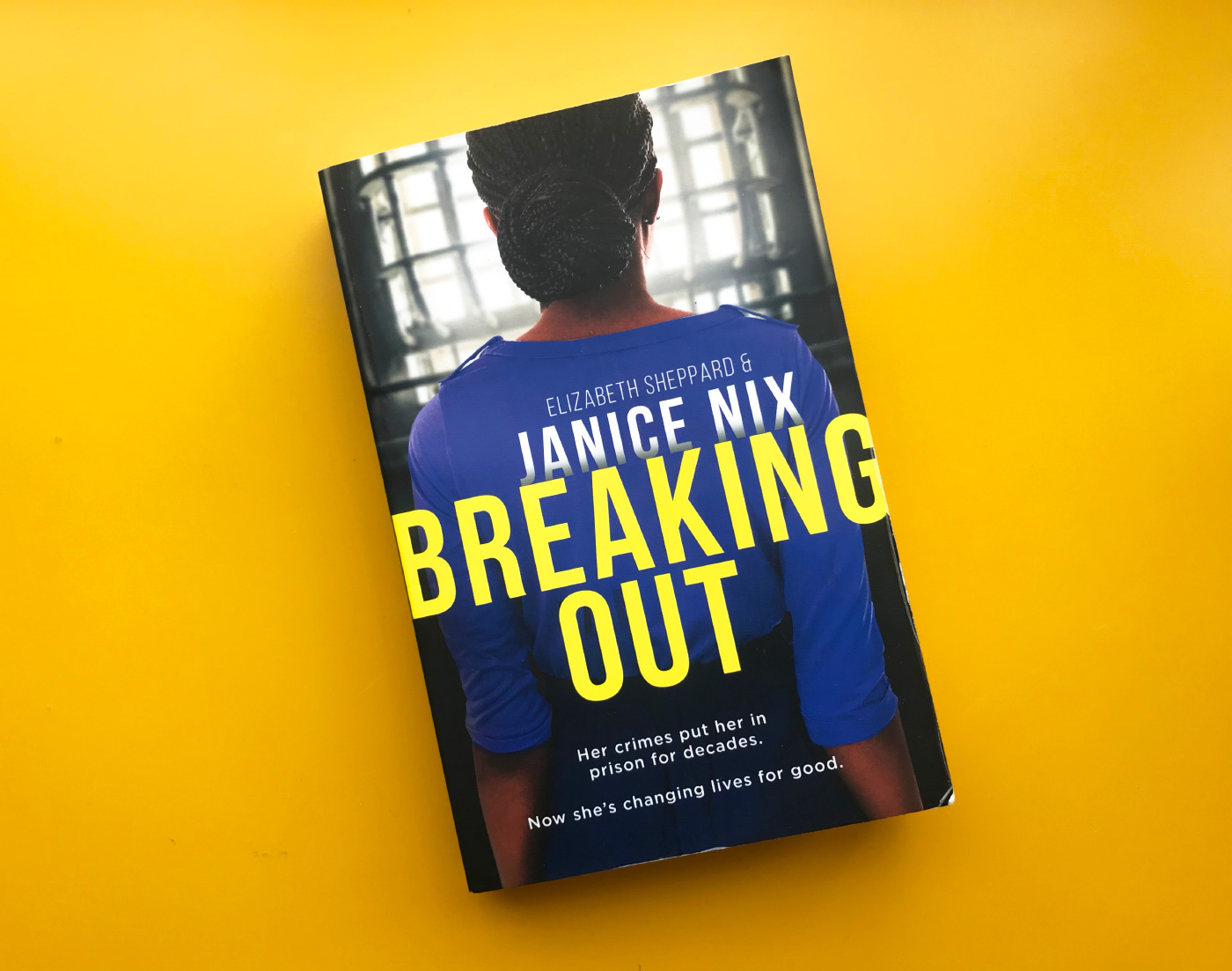 Croydonist: How did you come to meet Janice?

Elizabeth: The connection between Janice and me is 100% Croydon. When I worked at Croydon Visitor Centre, it was brilliantly managed by a guy called Alvin Shivmangal, whose brother Ed works for the probation service. He shared an office with Janice and was hearing her extraordinary life story in snippets. Her colleagues kept telling her that she must find a writer and a publisher, and Ed agreed – so he introduced us.

Croydonist: What attracted you to Janice’s story?

Elizabeth: There was so much – the sheer excitement of the story, the energy, the drama, the highs and lows she has been through; as a writer, I knew what a fantastic opportunity it was to tell it. But for me, our emotional connection was key. Janice has had an experience which fascinates me more than any other: she knows what it means to rip it up and start again. In prison, during her second stretch, she looked at her life and she rejected it. She couldn’t let it stand – she knew that she was better than that. Something similar happened to me too – although thankfully I wasn’t locked in Holloway at the time – and I think it created an understanding. Because both of us have re-made ourselves in different ways, for all our obvious differences, I hope I could get where Janice is coming from.

Croydonist: What was the process of writing the book together?

Elizabeth: It was long! In the beginning, there were lots of meetings and discussions and note-taking to prepare a pitch for publishers. Once we had a deal with Harper Collins and a deadline, we got into a routine of spending 2 days a week together, talking and taking notes. Then I would send a draft to her, and we would go over it. Sometimes the process was fun – Janice is hilarious and the material was so exciting. But of course it’s also dark in places, and deeply distressing. It would make Janice cry to remember certain times. I wanted to get to the truth, and of course so did she, but it’s still awful to cause pain.

Then, a few weeks before the book was completed, the first lockdown started and we had to finish the book over Facetime. That made it harder for us to communicate, but fortunately I think we had a good understanding by then.

Croydonist: Is Janice a fellow Croydonian – as various parts of the memoir took place in the north of the borough?

Elizabeth: She has lived and worked here for long periods of time. Her childhood was dislocated and she spent time abroad – another experience we share which I think really forms someone’s character. She knows what it’s like to be unsettled, and when you do find a home, to appreciate it. Croydon has been good to us both.

Croydonist: How long did it take to write ‘Breaking Out’?

Elizabeth: From signing the contract with Harper Collins to completion was 8 months, and after that we worked with our editor for several months more. But of course we didn’t start when we signed – we’d been talking and planning for ages.  It must have been two years altogether.

Croydonist: In the research phase, did you meet any of the other people mentioned in the book?

Elizabeth: Yes, I met quite a few of them, and we had some remarkable conversations. I need to respect confidentiality, of course, but I was so moved by the loyalty and affection between Janice and some of her service users on probation. She really is a powerful agent of change. And some of the stories I heard shocked me deeply. I don’t think everyone realises the gulfs of experience that exist in this country – how people can share the same city, or borough, or street, but live in completely different worlds. Talking about ‘haves’ and have-nots’ doesn’t really capture it. For some people, everything they need is set out before them: their path is smoothed. For others, including many of Janice’s service users, life is an almost unimaginable struggle.

The person I would have loved to meet was Scully, who sadly died in 2002. His photograph is in Janice’s living room and I used to look at it and wonder what he’d make of becoming such an important character in a book.

Croydonist: I love that the book alternates between two distinct time periods – why did you decide on this structure?

Elizabeth: I wanted readers to get to know Janice just as we get to know people in real life: in glimpses and snippets and flashbacks as anecdotes get told. To begin with there are mysteries – why is this person like this? or why does she think this? – and then we hear something that shines a light on how someone came to be as they are, and see how the past still exists within the present.

Croydonist: Has meeting Janice changed the way you view the justice system?

Elizabeth: It’s made me angrier because it’s made things I already knew about more real to me. I was already aware of the failures and shortcomings of the justice system, and how an abandoned underclass has been allowed to develop in our country. But actually connecting with a person is completely different from tut-tutting about something on the news. I’d say that the interview that shook me the most was with Sheba, a service user of Janice’s who had been sex-trafficked. She met Janice when she was caught in the criminal justice system, even though she’d done nothing wrong and had been horribly exploited. She’s intelligent and thoughtful, a really lovely woman, and to me, her trauma was completely off the scale.

Elizabeth: I hope I am developing my craft and that my second book reflects that development. The second story was more complex, but I felt more confident about my ability to handle the material. The writer/subject relationship can be pretty intense, so clear and open communication is vital on both sides and Janice was great to work with. She taught me a lot about what works best.

Croydonist: What’s next for ‘Breaking Out’?

Elizabeth: The audiobook has come out and sold as many copies as the printed book, which amazes me – I don’t think I’d really grasped how big audio is. But our real goal is to get the book on TV. We are working with a production company and scriptwriter and whilst nothing is certain until it happens, we are feeling positive. Janice’s story is amazing and I believed right from the start that it could go very far. You’ll be the first to hear any good news we get!

Croydonist: What’s next for you?

Elizabeth: Again – I always try to stay in the day. I’m not there until I’m there. But right now I have several projects in development. Writing opportunities are being brought to me, and I could not be more happy and excited.

I want to tell stories that make a difference: that call attention to injustice, raise awareness, amplify voices that haven’t been heard and help bring about change. Whatever privilege I have, and I know that in some ways I do have it, I want to use it for good. It’s amazing  to get the chance.

Thank you to Elizabeth Sheppard for chatting with me, and I’m very much looking forward to book number 3. If you haven’t yet read (or listened to) ‘Breaking Out’, I recommend you do so ASAP.

Photo of Elizabeth Sheppard and Janice Nix courtesy of Sheppard, header image photo by Karolina Grabowska modified by the Croydonist.