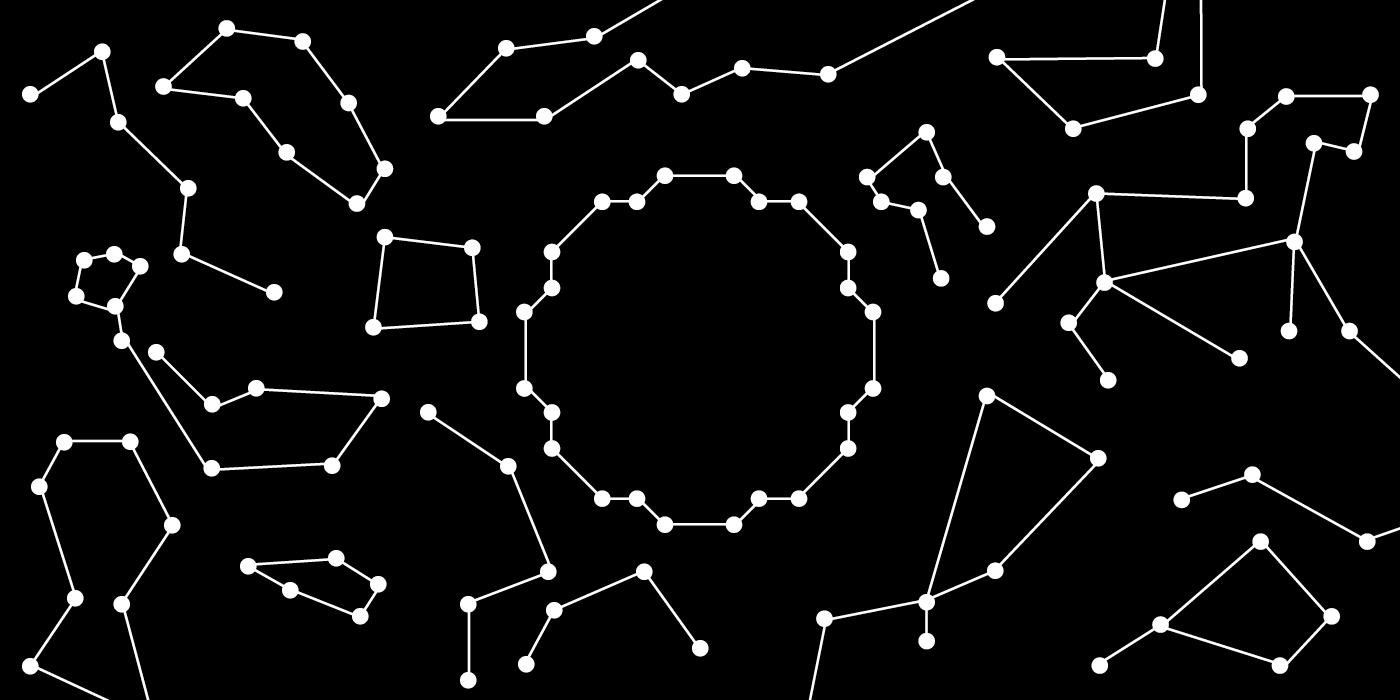 Fifty years ago this summer, the first manned spacecraft landed on the moon, and as you’ll know (especially if you’re a regular reader here) Croydon was quite taken with Space at that time, building sky-high architecture that both looked like spacecrafts as well as being named after them.

So it felt like serendipity that a few weeks ago a friend presented us with a gift she’d picked up from Bookseller Crow in Crystal Palace – A zine with the intriguing title ‘Ad Astra Per Croydon: The Lost History of London’s Forgotten Spaceport’. It turned out to be a thoroughly enjoyable read – I don’t want to say more. But, as a nod to the golden anniversary of the moon landing, I was eager to speak to the man behind it –  zine creator, teller of tall tales, and co-founder of Colossive Press, Tom Murphy. 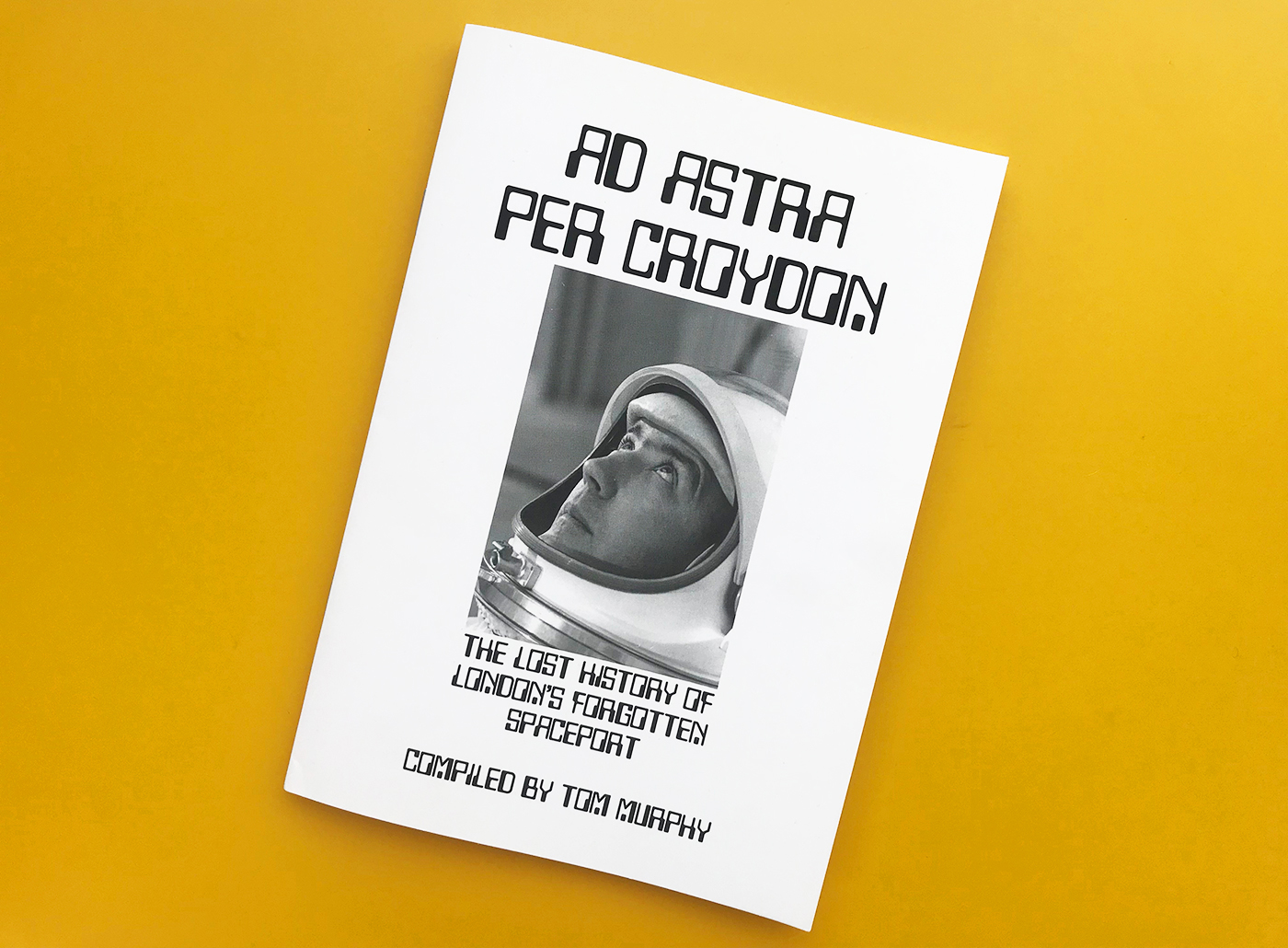 Croydonist: Croydon native or convert and where do you call home?

Tom: Very much a convert. I grew up in Lancashire and met my South Londoner wife, Jane, at university. We’ve lived in Penge for 25 years. Like a lot of people, I’d say it was the NLA Tower (as was) that grabbed my attention about Croydon. There was something a bit Gerry Anderson about a lot of the town that I found very appealing as a former childhood sci-fi fan. Beano’s record shop was certainly a draw, as well.

Croydonist: For our readers who have yet to pick up a copy of the zine, how would you describe it?

Tom: It’s a potted history of Croydon’s short-lived space programme, from its inception in 1965 to its dissolution in 1973.

Most people don’t even realise Croydon had a space programme, so I’m pleased to be filling a gap in local history. You could walk up to most people in North End, ask them who Councillor Bobby ‘BB’ Bibby was, and just get a blank look in return.

Everyone knows Yuri Gagarin and Neil Armstrong, but Normal ‘Nails’ McAvity, the first (and last Croydonaut) has fallen through the cracks of history. The many users of South Norwood Country Park probably have no idea that where they’re currently bagging their dog poo was once (almost) a gateway to the stars.

Croydonist: Is this your first zine?

Tom: I was on the margins of the small-press comics scene in the mid-1990s and made a few mini-comics and zines – bits of collage, terrible poetry, comics etc. However, life got in the way a bit and I and drifted away. 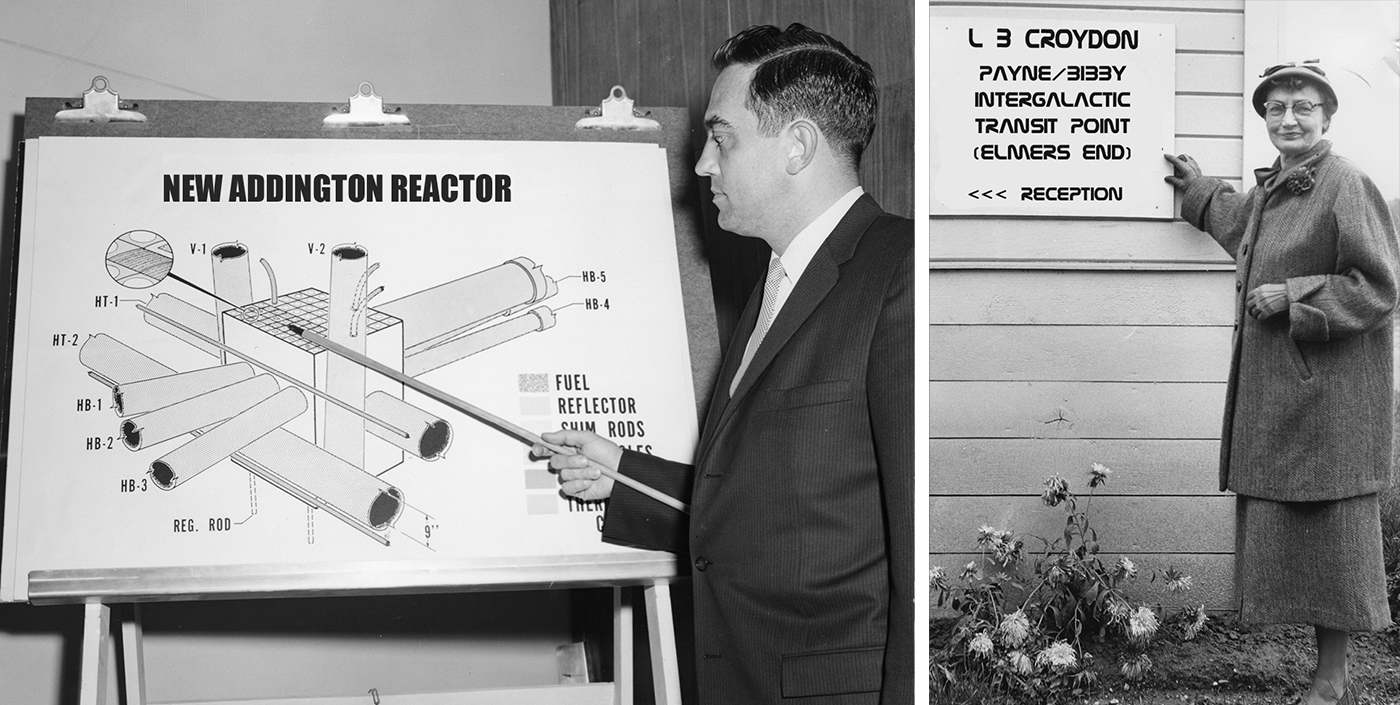 Croydonist: Why did you choose to tell this story now?

Tom: I’ve always kept notebooks full of ideas but have rarely done much with them. Over the past couple of years, though, events have conspired to give me a kick up the wotsit and a sense of urgency.

I’ve also been getting a bit more involved in the small press scene, including local events like the South London Comic and Zine Fair (held at the Stanley Halls in South Norwood) and the Catford Comic and Zine Fair. The beauty of the zine world – and DIY culture more generally – is that there are no gatekeepers and there’s a really supportive sense of community.

I’d recommend making a zine to anyone, at any age. You really don’t need any particular kind of education or background; just collect together your photos, drawings, writing or whatever and print it up! Zine fairs almost always have a communal table where a volunteer will sell your stuff for you.

When I got the first ‘proper’ edition of Ad Astra back from the printers, it was an amazing feeling to have seen a project through to completion – and then it was even better when people actually bought it and said they enjoyed it.

Croydonist: ‘Croydon to the stars’ is a great title, but why the Latin?

I’d mis-remembered the RAF’s motto, Per Ardua Ad Astra – ‘Through adversity to the stars’. But maybe that’s a happy accident, as I think my version scans a bit better. 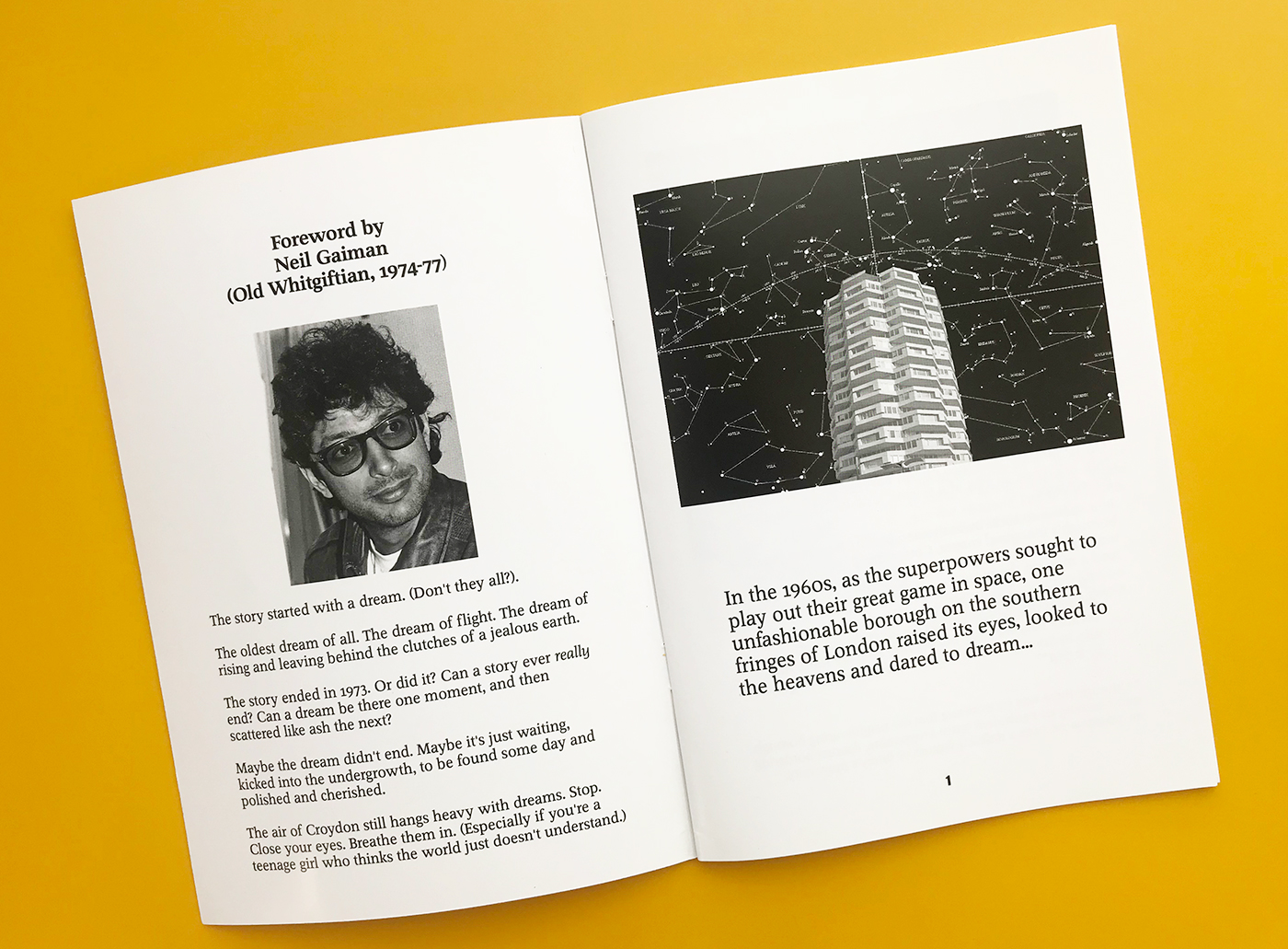 Croydonist: Your foreword is by Neil Gaiman – how did he become involved?

Tom: The poor fella didn’t really have any choice in the matter…

Croydonist: The story relies as much on the images as the text – was that a conscious decision from the start?

Tom: I think for a while I had an outline for the zine but wasn’t sure what it was going to look like. Fortunately, thanks to the tireless efforts of some of the archivists I worked with (acknowledged in the zine), the penny suddenly dropped. For 90% of the pages, the images shaped my telling of the story and inspired the text.

Croydonist: The zine is published by Colossive Press, based in Penge – can you tell us more about them?

Tom: Them is actually us: me and Jane. The name comes from a word my dear old dad used for anything that was very big, without realising he’d totally made it up. It seemed fitting for a very small press.

Most of what we’ve published has been my self-indulgent flapdoodle, but the jewel in our crown is very much How Graffiti Saved My Dad’s Life (At Least for a While). It’s a collection of street art photography by my late father-in-law, Gordon Gibbens, with a funny and moving memoir by Jane about how his passion for it kept him going to the very end of his life, through some incredible personal difficulty. All of the profits from that are going to St Christopher’s hospice in Sydenham, and we’ve had an incredible response to it so far, from all over the world.

Another little zine we’re very proud to have published is Emergency, by a Brighton-based writer, artist and photographer called Iestyn Pettigrew. It’s a powerful look at the complex feelings raised by parenting a child with a hidden disability.

Croydonist: When you’re not writing about Space what can we find you doing?

Tom: In my day job I’m a subeditor for a company that produces rather serious political and economic analysis. It’d be great pub quiz ammunition if the information didn’t drain out of my noddle the minute I move on to the next report. I also write sporadically about small-press and indie comics for a site called Broken Frontier. Generally, I’m at my happiest down the Goldsmith’s Arms in Penge, doing the Guardian quick crossword with Jane. We’re also season-ticket holders at Palace.

Croydonist: Any plans for more zines – will you be telling any other forgotten Croydon stories?

I think looking after the legacy of Croydon Spaceport is going to be a life-long project. I’ve launched a website that will be a repository for all my research, including lots of stuff that couldn’t fit into the zine. There’s a wealth of material. As it’s the 50th anniversary of the first moon landing this year, I might try and ask my spaceport contacts about their recollections of the time for a supplementary zine.

We’re also looking at a range of merchandise. We’re hoping there’ll be a Croydon Spaceport megastore in the town someday. When I look at the M&M store in Leicester Square, I see something to aspire to.

We’re playtesting a Croydon Spaceport role-playing game (Tales From the Loop meets Terry and June); we’re hoping to have a big launch at The Ludoquist in the near future. I’m also hoping to take the show on the road with a lecture tour.

Other than that – plans-a-plenty! We’re currently planning the launch of Colossive Records. I’m putting together our inaugural catalogue as we speak. We’re also working on another project with illustrator Tracey Pitcher (who produced Skating for Godot for us), and we’re swapping emails with a former underground French film-maker called JP Marsaud; he burned all the prints of his films in the late 1980s, but we’re hoping to publish a zine of stills, production photos etc. Both of those projects are at a very early stage, though.

As I’m rolling into my twilight years, I feel a great sense of relief that any sense of ambition or the need to “make it” has drifted away. After years of anxiety and regret, I now can mess about and continue to do things that amuse or interest me, and will hopefully do the same for other people.

When the darkness drops around me, I take inspiration from Cllr Bibby and squint past the street lamps at the stars. With effort and imagination, the sky’s the limit. 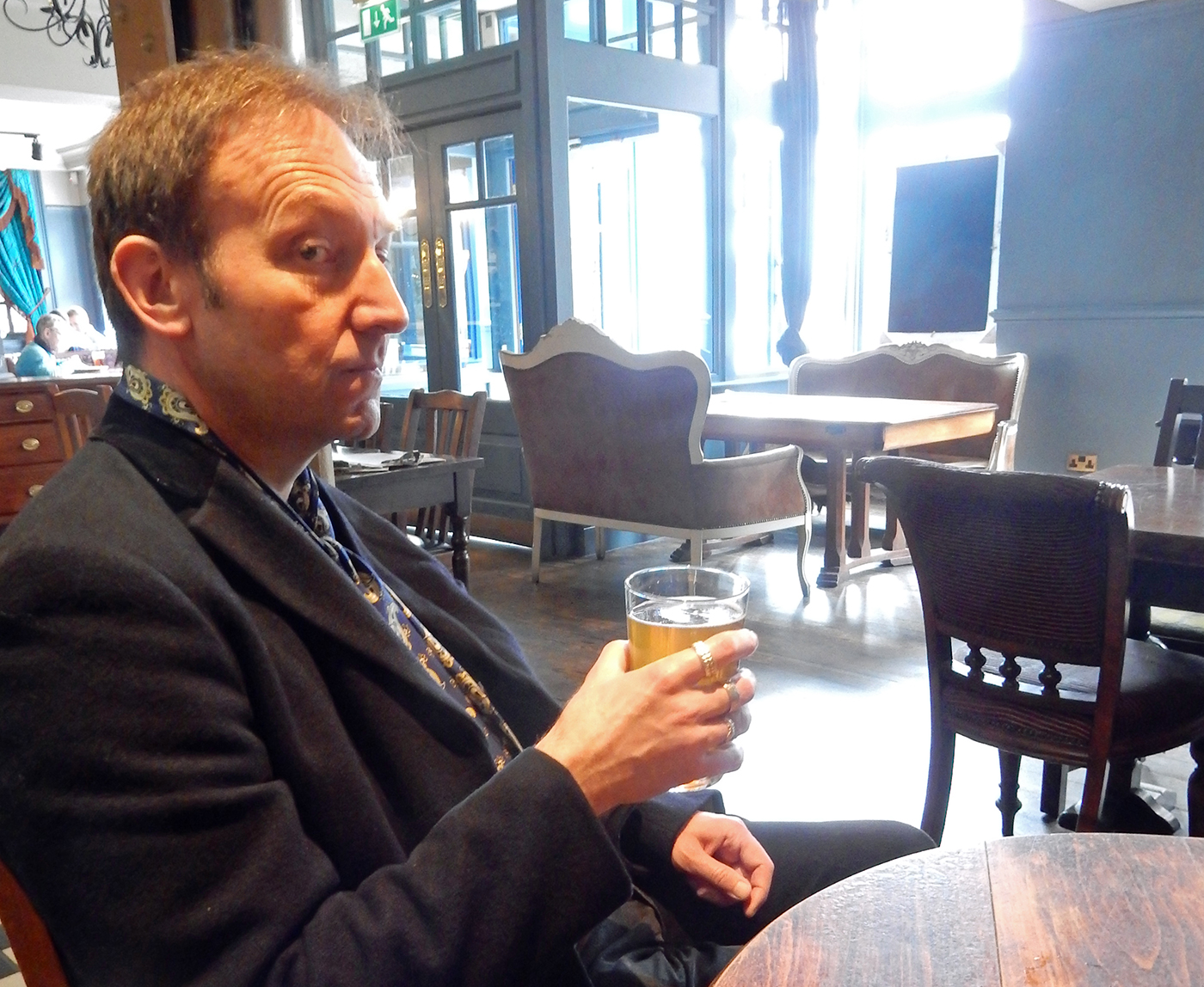 Cheers Tom! Thank you for talking to the Croydonist. If you’ve yet to read ‘Ad Astra Per Croydon’ you can pick up your copy here, or in one good bookshop. Follow the zine’s twitter for further updates on their colossive plans.

Images 3, 5, and 6 courtesy of Tom Murphy, others by the Croydonist

[…] couple of months ago I was lucky enough to be interviewed by the splendid women behind Croydonist: “an ever-growing collection of the best bits of our […]

[…] mug designs from Tom Murphy of Collossive Press. Read the zine, and it will all make perfect sense. Sort […]