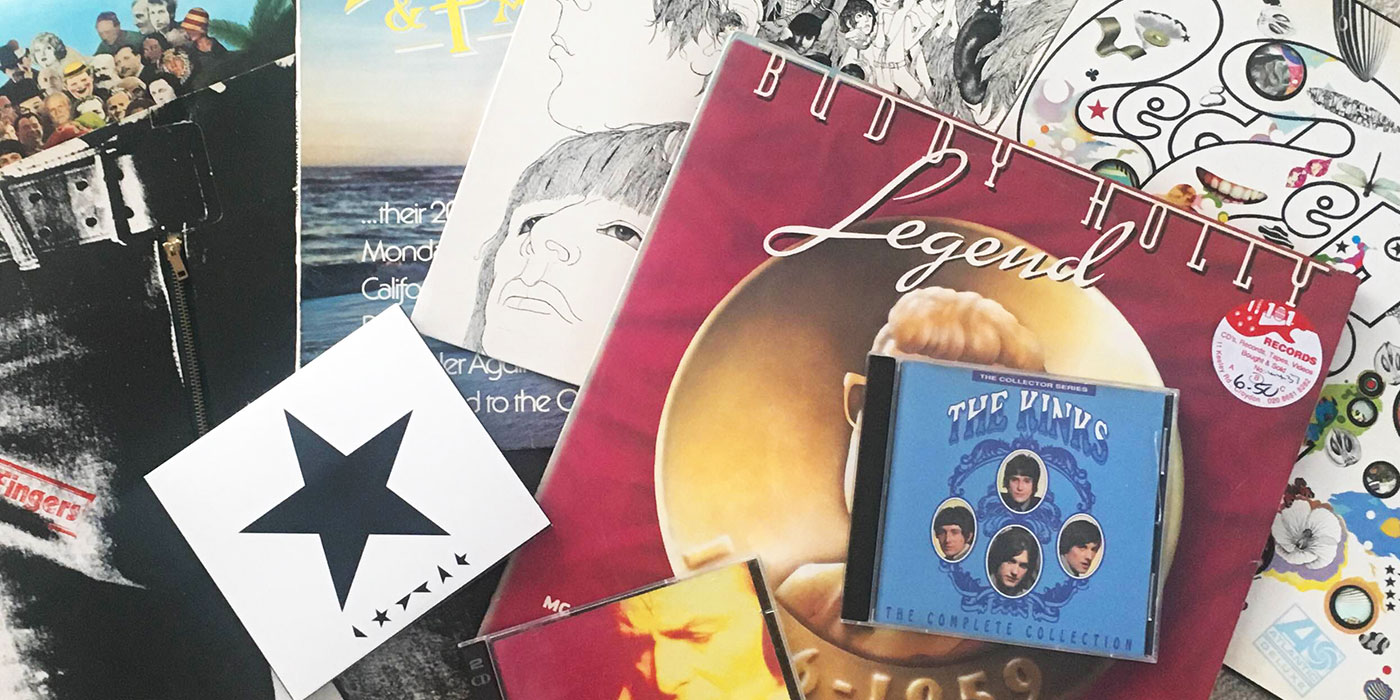 Last week I discovered the rather fab 101 Records which can be found round the back of Centrale, on the same strip as Turf Gallery. I spent a good hour in there, flicking through a range of records, bagging myself a Bob Dylan original as well as a Buddy Holly and Phil Spector LP. Happy days!

This then inspired a listening session when I returned home, rediscovering albums from my youth, 90s britpop, grunge, random one hit wonders – soon enough the afternoon was gone. Not the most productive day, I must admit – I’m easily distracted. During my trip down memory lane, low and behold, I stumble across Saint Etienne, who just so you know, has a member living right here in Croydon. That’s right folks, Bob Stanley.

This then led to a googling frenzy to discover some of our cool borough’s other musical ties. Here’s my top 5 hit list to create a soundtrack to the rest of your week.

Ok, I can see some of you rolling your eyes and declaring that he wasn’t from Croydon, and you would be most correct. BUT he did go to Croydon School of Art. There are differing reports on how long he actually attended of course. Some say one month, others say one term or longer. I’m not sure which is true, but he was down as a student, and so he makes my list. Plus I’m a huge Bowie fan, so I would have found a way to slip him in here anyway.

Absolute legend who I had the good fortune to see at Glastonbury Festival in one of my ‘under the fence’ visits. Ray Davies enrolled at Croydon School of Art back in September of 1963 where he spent a great deal of time entertaining fellow students in the canteen with his guitar. The Kinks went on to have a huge catalogue of hits, which I’m sure you really don’t need me to list.

Born in October 1959, Kirsty MacColl attended Park Hill Primary School followed by Monks Hill High School. Her first hit was recorded in 1979 – the year I was born. However, the song I picked for this list is one of my favourites and from much later in her career in 1989. I fell in love with this song from the very first listen and begged my dad to buy it for me on 7”. A mere 11 years later, Kirsty MacColl would meet a very tragic end.

In December 2000, Kirsty MacColl was on holiday in Mexico diving with her family when a powerboat entered the restricted area. She was able to push her son out of the way, but was struck by the boat which killed her instantly. She was 41 years old.

Ok, neither were musicians but together they forged the career of the most successful punk band of all time, The Sex Pistols. Jamie Reid, an English artist and anarchist, went to John Ruskin Grammar School and later, Croydon School of Art, with fellow student Malcolm McLaren. Together, they would shape a punk band into a movement, with McLaren as band manager and Reid creating the artwork. Best known work includes the cover of Sex Pistols ‘Never Mind The Bollocks’ as well as ‘God Save The Queen’ and ‘Anarchy in the UK’. For more on this, check out our article on the Jamie Reid exhibition that Rise Gallery hosted earlier this year.

Hailing from Thornton Heath, Stormzy (Michael Omari) attended Harris Academy South Norwood and would later go on to achieve international success as a Grime artist. In fact, this rather talented chap bagged Best Grime Artist two years on the trot at the Mobos (2014 and 2015).  The track ‘Shut Up’ is probably the best known, but Stormzy has an impressive catalogue of work. Check out ‘Scary’ from this year. Certainly an artist that we will be hearing a lot more from.

So that’s my top five for this week and believe me, there’s more I could have mentioned, but I’ll save that for a follow up article later down the line.

Love these choices and glad to hear of 101 records, hadn’t come across it!