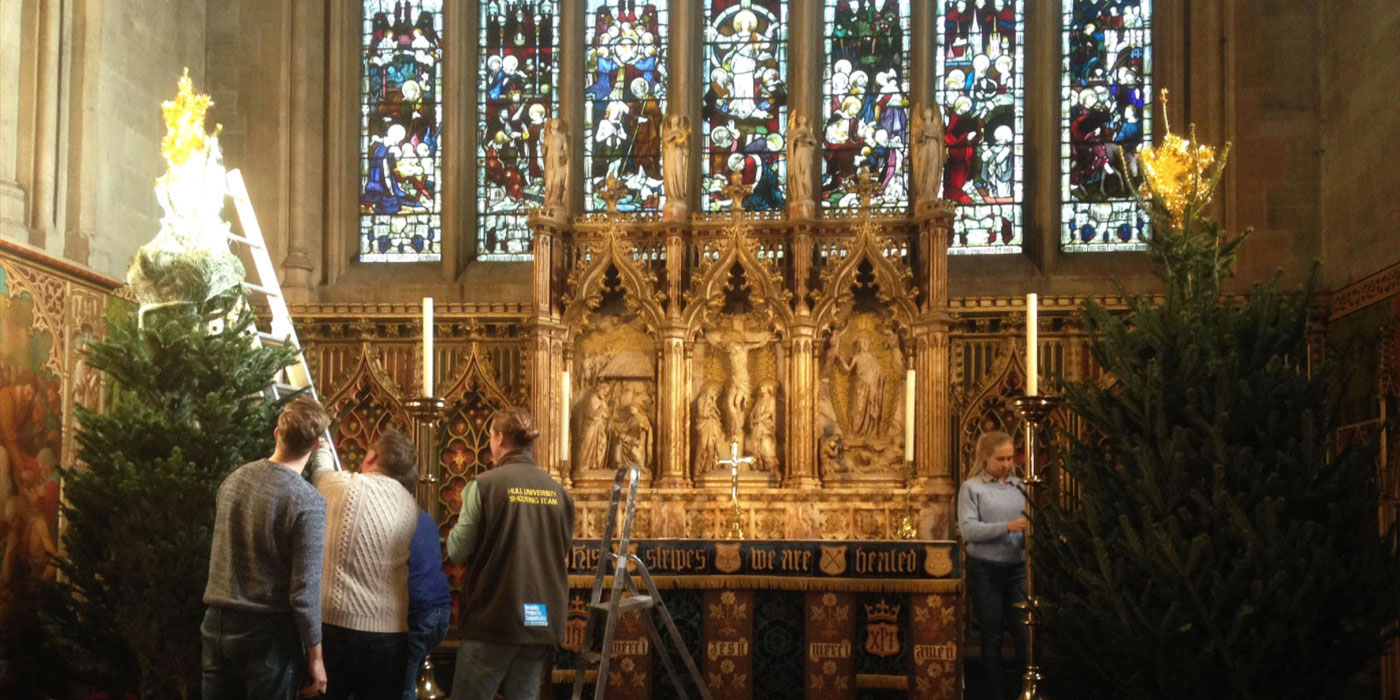 Being Christmas week we thought it was fitting to have a chat with Lee Taylor, associate vicar of Croydon Minster (our would-be Cathedral of Croydon). We talked about everything from Christmas (obviously), to history and quirky traditions, plus traded a few dog poo stories (as you do) along the way.

Croydonist: Am I right in thinking you are fairly new to Croydon? What brought you to our lovely borough?

Lee: I was a priest for three years in Leigh-on-Sea in Essex, which was beautiful. That was my curacy – my training post. Then a job came up at the Minster. I was keen on being back near London, and able to visit the Surrey countryside. It has an excellent choral traditional too, so it sounded like a perfect fit. I applied for the job and got it. I’ve now been here exactly a year. 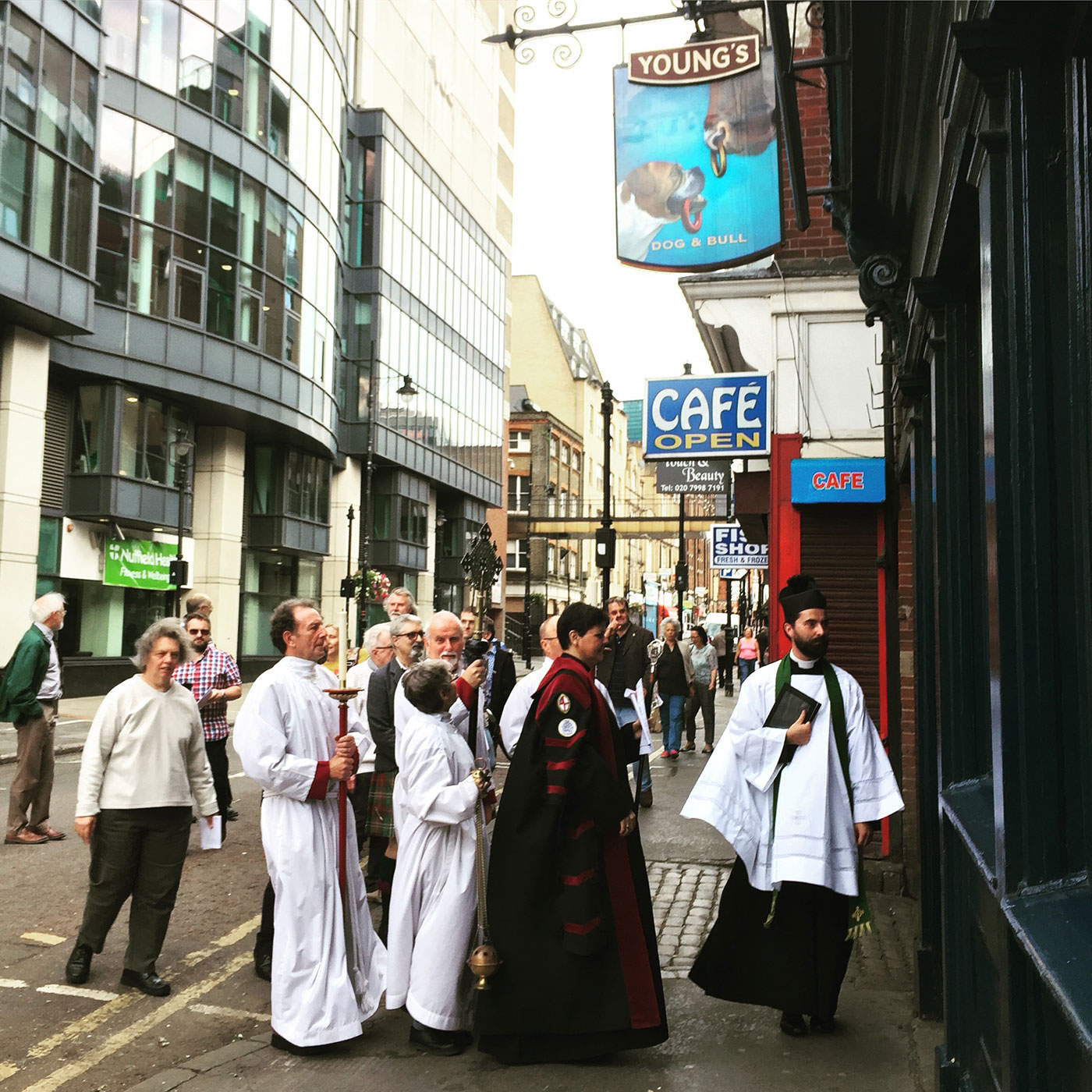 Croydonist: You’ve gained a bit of a reputation in the Croydon community for being a rather cool vicar. You’ve revived some quirky ancient traditions this year, from blessing beer at the Dog & Bull to beating the bounds of the parish. Can you tell us a bit more about these rituals. Let’s start with the beer blessing.

Lee: I’ve always believed there should be a more positive relationship between the church and culture – that actually the two do not need to be divorced from each other. I was reflecting on this shortly after I moved to Croydon. Actually the medieval church (certainly in Europe) was a very important part of the community, and this is where a lot of our traditional festivals come from – blessing the land, blessing the crops etc, and I just thought, doing something like the beer blessing (and the pet blessing) would show people that the church is interested and concerned in you. Trying to be relevant in contemporary culture – for me that’s important. The beer blessing was fun as well. It got quite a lot of media attention. We saw 50 people come to mass before the beer blessing who had never been to the Minster before – they were intrigued. 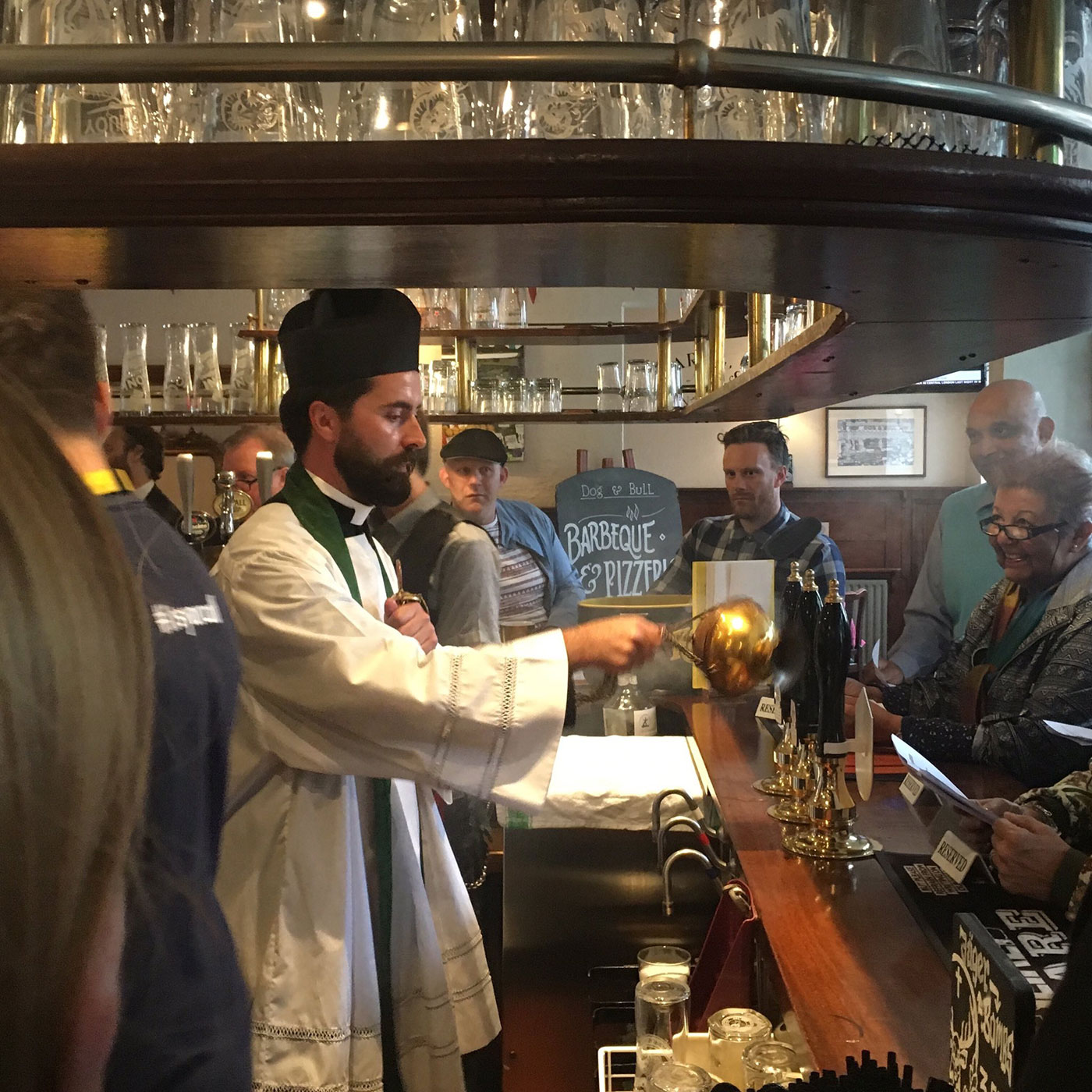 Croydonist: And how about the beating of the bounds?

Lee: We looked it up in our history books and we understand the last time it was done in Croydon was 1873 I think. So we just thought, why not! It was a great way for people in our congregation to get together and do a social activity. We got into three or four groups and went round the town, –  did a section of the parish boundaries each. Every five or ten minutes we stopped. We each had a choir boy in our groups, so we suspended the choir boy upside down, tapped his head on the floor three times – well it wasn’t the floor it was a church kneeler…

Lee: It’s following ancient tradition, so you take a choir boy with you, turn him upside down and tap his head, three times (in the name of the father, the son, and the holy spirit) then we all responded with a refrain, ‘god bless this parish’. I said a short prayer about the surrounding area, but every time we stopped to do that little ritual, people were stopping to see what on earth we were doing. It was a great opportunity for us to get into conversation with people. So we got into some unusual conversations about rituals and traditions. It was a bit of outreach, a bit of fun. A catch up with fellow parishioners. Then afterwards we went to our favourite pub, the Dog & Bull and we had a pub lunch, and all the different groups came together and we shared our experiences. People really enjoyed it. We’re looking into making it an annual event. 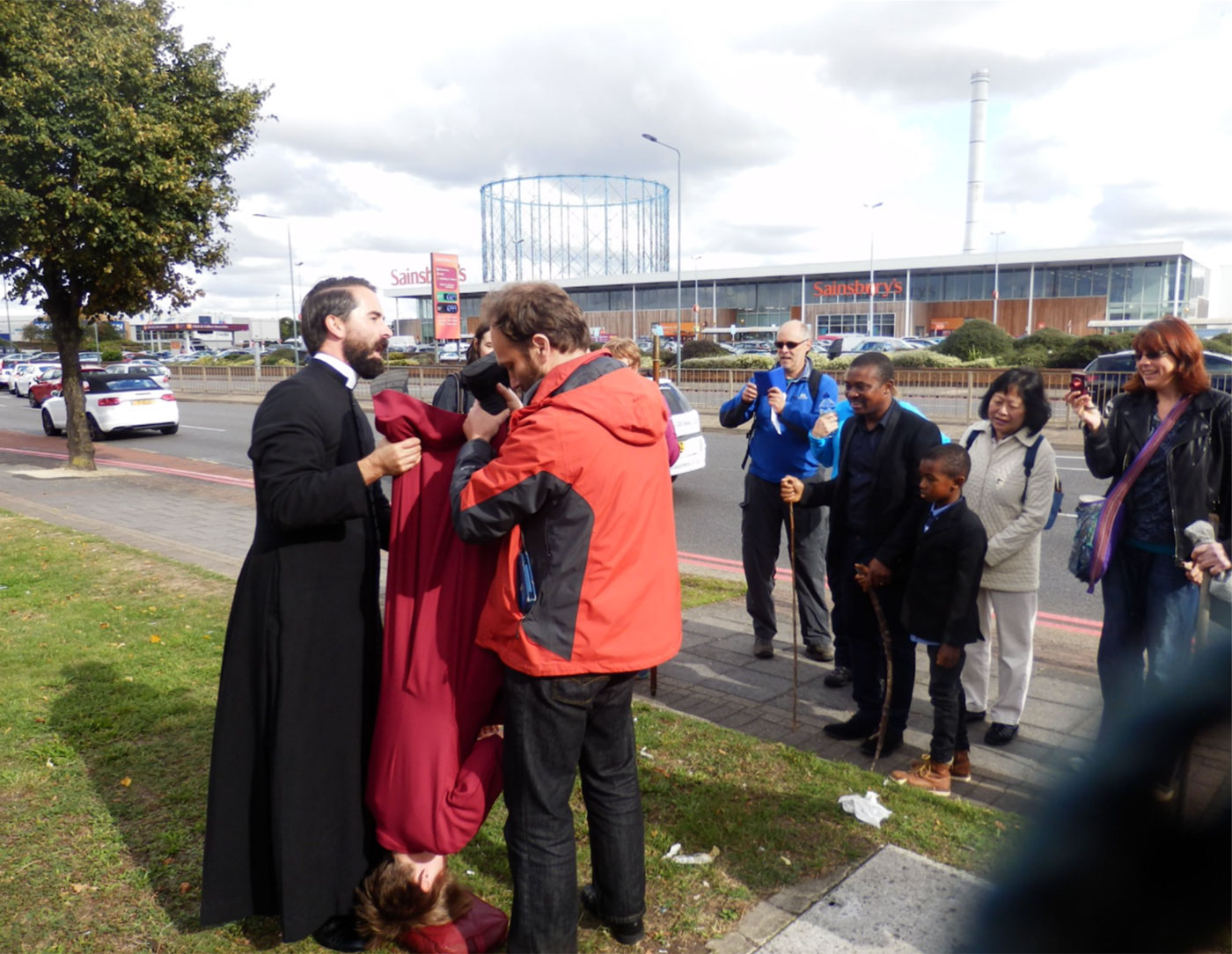 Lee: I love some of fiestas in Spain and Italy that surround Easter. My favourite is in the Sicillian town of Modica – the Vasa Vasa festival. There’s a giant statue of Christ and the Virgin Mary on floats, that are carried by attendants, and they are processed around the town. When Mary sees Christ in the distance she charges towards him with her arms moving from side to side in a kind of open embrace, and obviously people are running really fast under this float. When she reaches him, she leans forward and kisses him on both cheeks Italian style, then there’s the sound of brass bands, bells, and fireworks that go off. It a spectacular thing (see below).

These Latin style festivals are extravagant, they’re colourful, and claim faith in exciting ways. Who knows, next year in Croydon we might see some of these types of festivals… 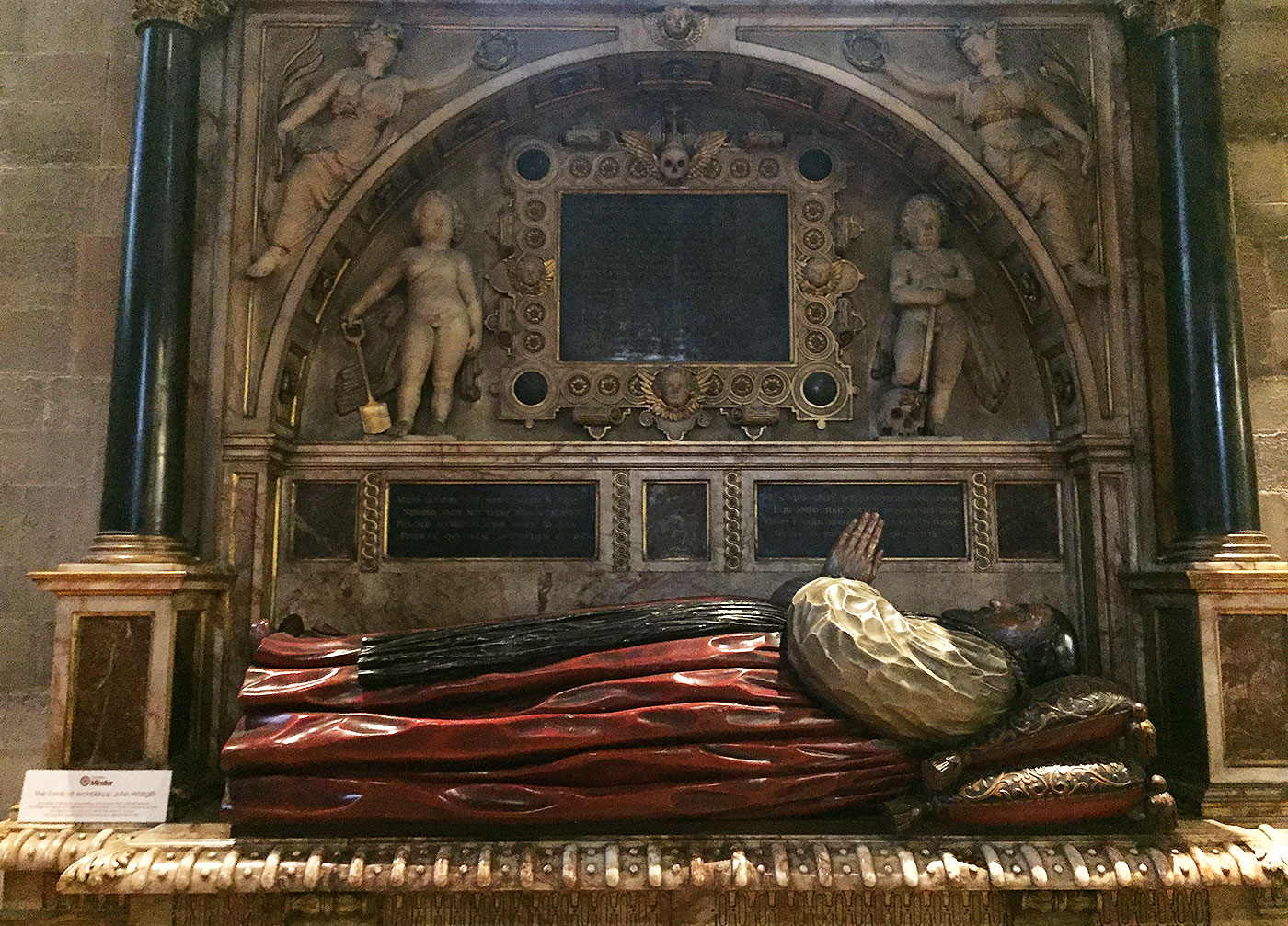 Croydonist: Croydon Minster has an impressive history what with it being founded in Saxon times and being the burial place for no less than six archbishops… Do you have a favourite historical period for the Minster?

Lee: I am interested in the aftermath of the fire of 1867. The fire devastated the ancient church building, and also shattered many people’s lives and turned everything upside down. The Minster is now a Victorian rebuild of a gothic church. Some parts are still intact – the current tower and the south porch are the original parts of the building. It was finally rededicated in 1870. In January we’re commemorating 150 years since the fire. We’ll be having lectures, tours, musical events all about the fire.

Croydonist: We must check out Brian Lancaster’s book on the period – Consumed by Fire.

Croydonist: In additional to being a liturgist, your Twitter biog tells us you’re a musician. What instrument do you play?

Lee: I play the organ and I sing. My journey into the church began as an organist when I was about 16. I was playing hymns in church from an early age, then I became a choir master. Music is important for me and is an intrinsic part of my priesthood. I’m quite privileged because at the Minster we have a great musical tradition, and I’m able to be a part of that and lead some of the singing. I played the organ for the hymnathon when we were raising money for the organ, and we sang hymns for 48 hours non stop. 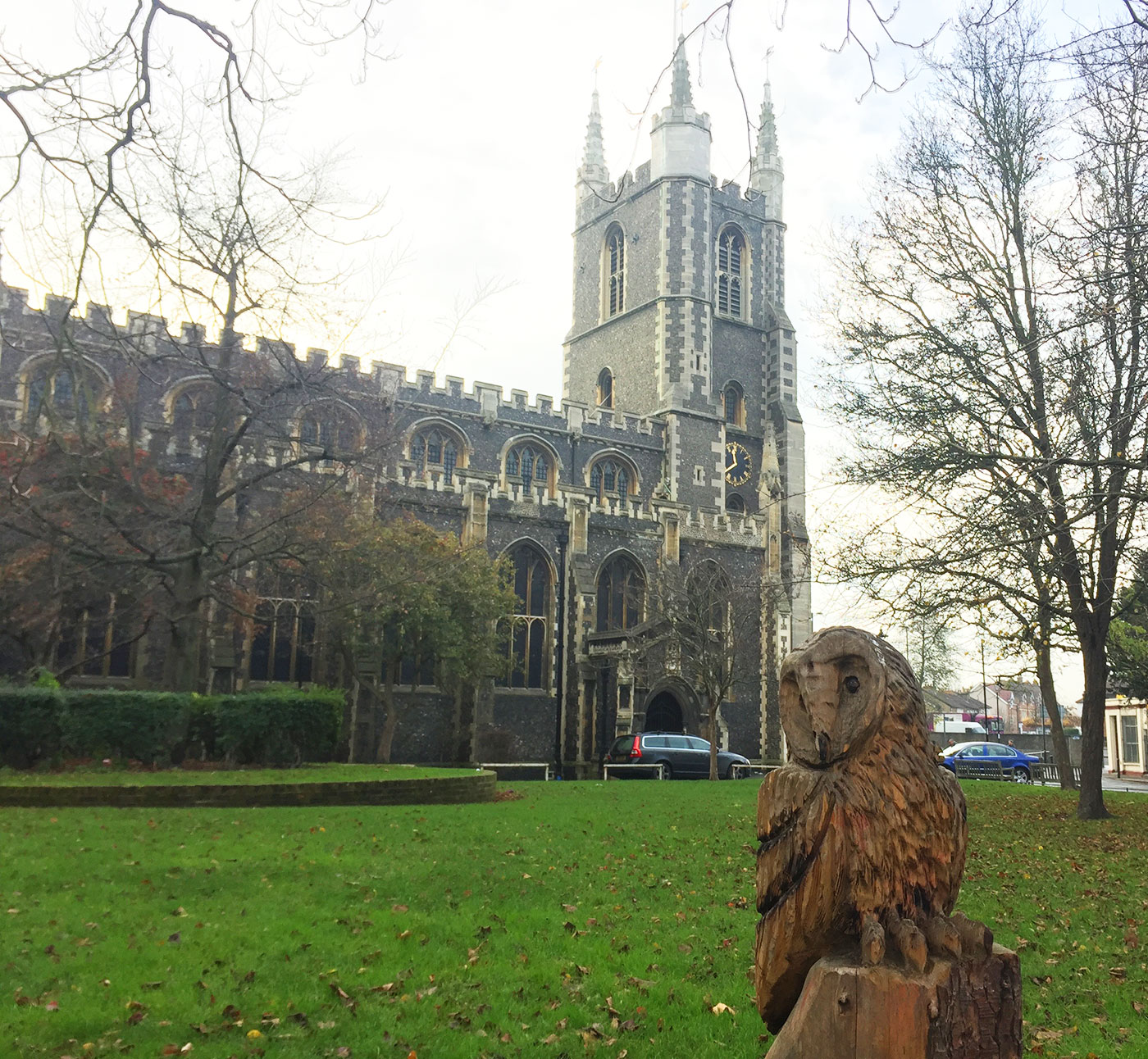 Croydonist: On Twitter you also describe yourself as a dog lover. You held a service for pets a few months ago. Was this inspired by your dog Deacon? Tell us more.

Lee: We got none of our regulars that day, all new people, and we had about 70. Someone came further than Gatwick. We had cats, dogs, rabbits… and a goat. So we got to bless one of our local goats! Deacon came along too.

Croydonist: Were there any funny incidents from the pet service or did they all behave?

Lee: Surprisingly they all did. No growling or hissing. Pets at Home donated a bag of dog biscuits for the service and we sang appropriate hymns – All things bright and beautiful.

Croydonist: we trade embarrassing dog poo stories about our pets at this point, which I won’t divulge here – some of you might be eating, whilst reading this after all. 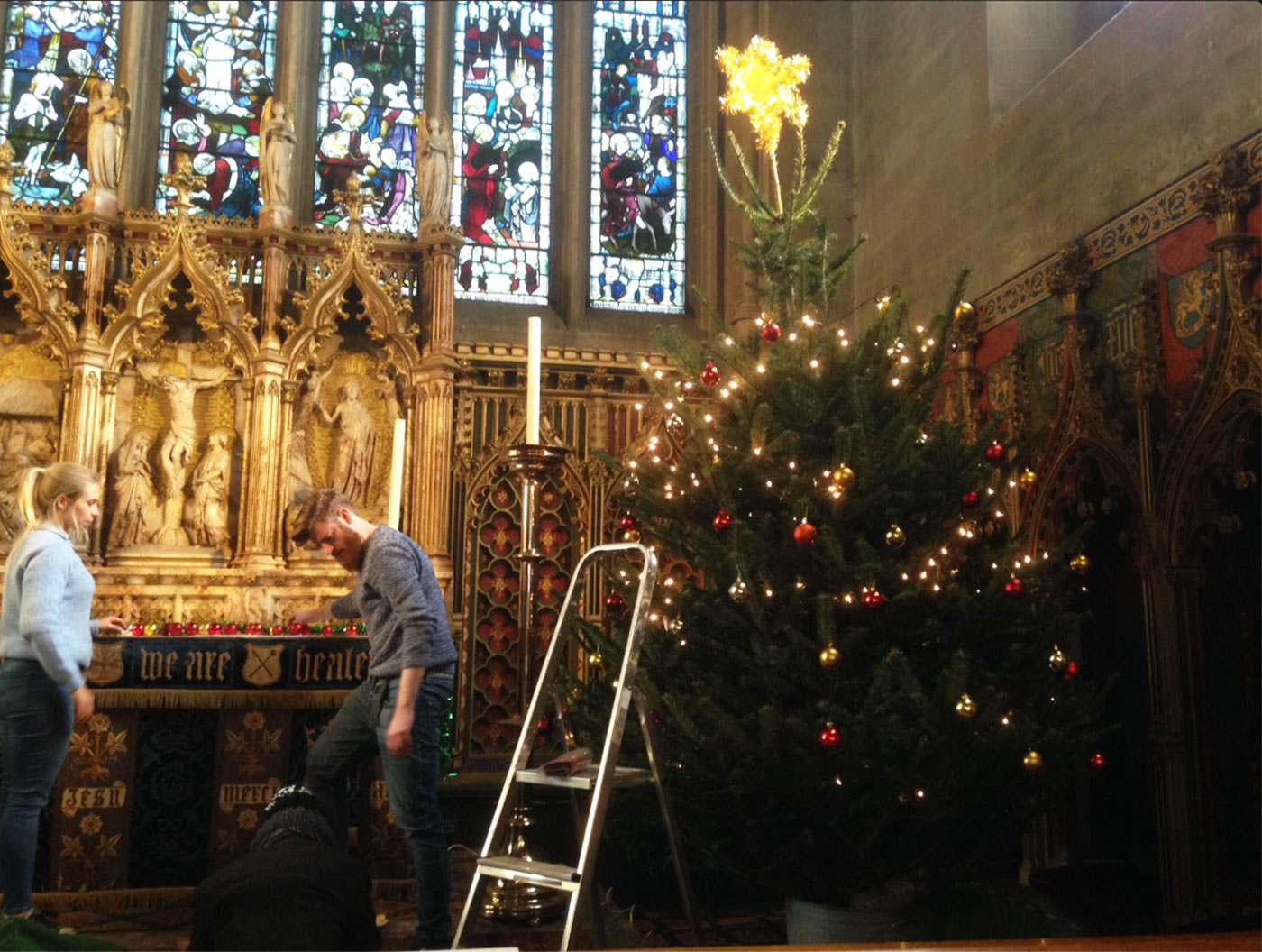 Croydonist: The festive season is upon us which is obviously a busy time for you. What carol concerts do you have coming up, and what is your most popular Christmas service?

Lee: We have one pretty much every day – all the school carol services, the town council service with the mayor, the crib service on Christmas Eve, then Midnight Mass, and Christmas morning. I’m carolled out by the end of it – I always joke about the famous carol, ‘Once in Royal David’s City’, if only it was once! I do love carols and Christmas music though. Midnight Mass is certainly the most popular service, you see people from all over the town coming in.

Croydonist: You must be shattered by the end of it?

Boxing Day is my one day where I don’t go out. The one day where you can really have some downtime and shake all those carols out of your head! Get ready for a new year. 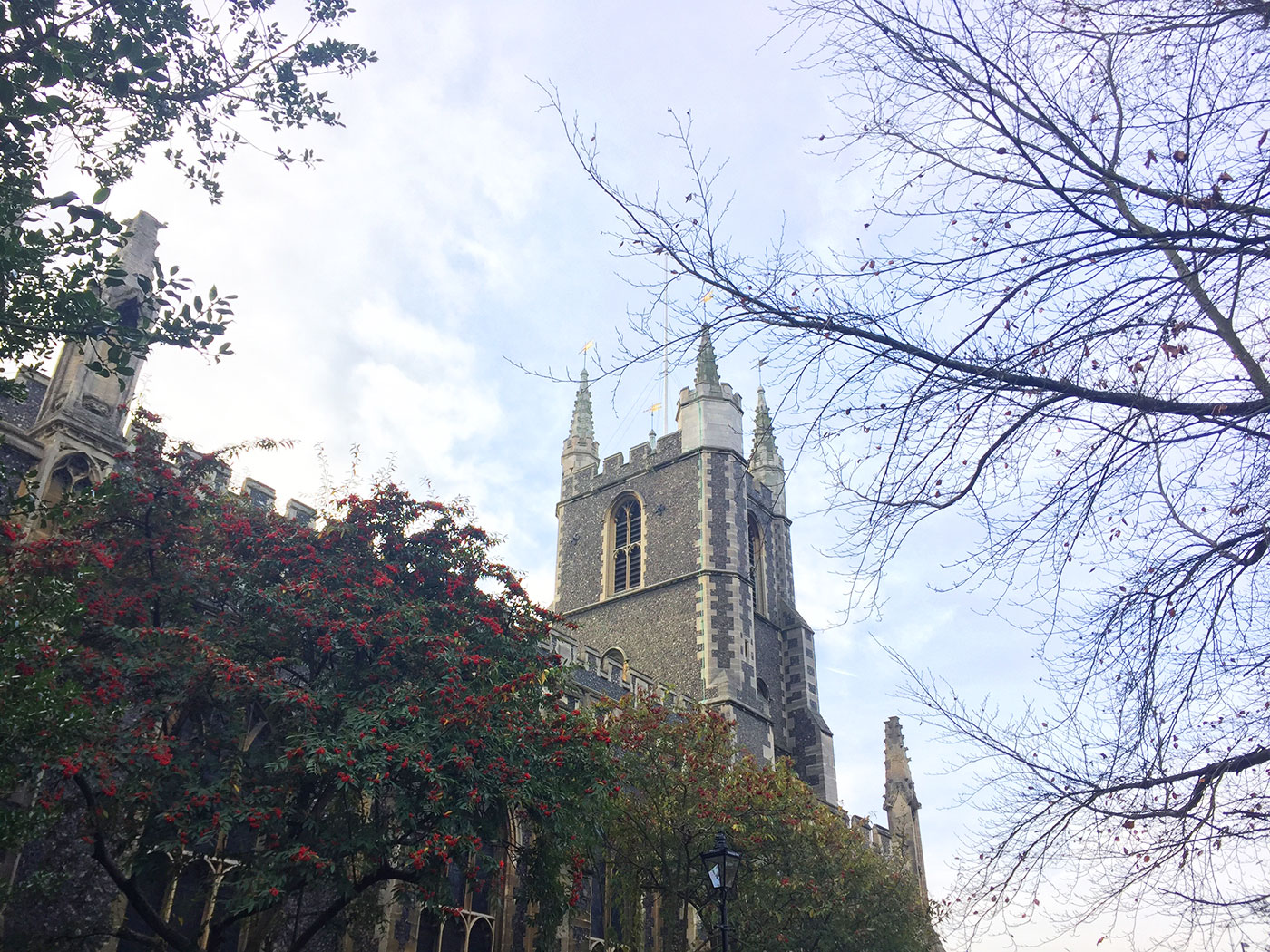 Croydonist: A drink in Matthews Yard, the Oval, Boxpark, or the Dog and Bull? (I think we know what you’re going to say)
Lee: It’s got to be the Dog & Bull. I know the licensees so it’s good to pop in for a chat. The flying Standard is also nice – near the Minster.

Croydonist: Shopping – Whitgift Centre, Centrale or the Purley Way?
Lee: For convenience, Purley Way is good, but I prefer the Whitgift Centre, as there’s a good selection of shops and I’m always bumping into people in there which is really nice.

Croydonist: A walk in Lloyd Park, Wandle Park, Park Hill or Croham Hurst Woods?
Lee: Croham Hurst Woods is my top place. The woods are so peaceful, particularly at this time of year, with all the leaves on the floor. I like to watch Deacon running through the woods – he just looks so liberated. Also I get a chance to think and reflect and plan my day.

Thanks to Lee for taking time out to chat to the Croydonist. We’d also like to wish him and all our readers a happy Christmas.