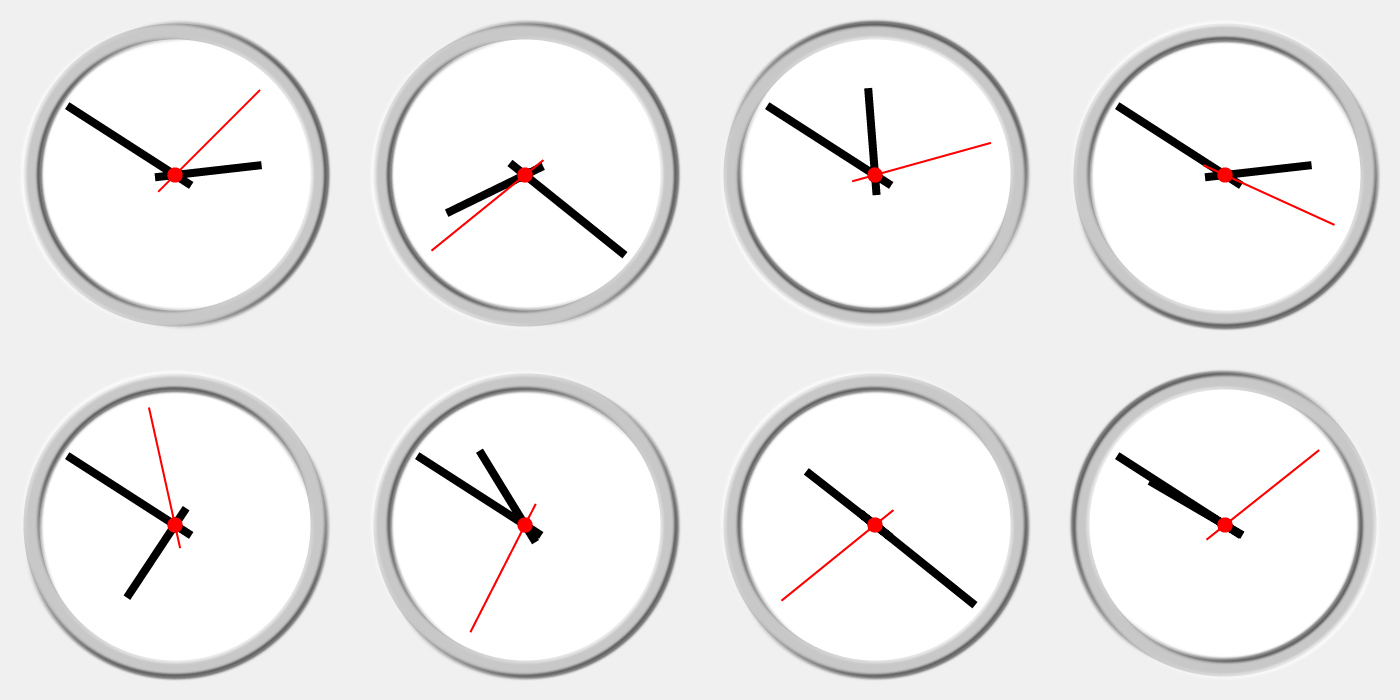 Croydon is home to a growing number of excellent co-working spaces, which cater for businesses in all shapes and sizes, from freelancers to fully-fledged companies, and are tailored to various different business sectors. In her quest to find the perfect-fit co-working space, our guest writer Grace Robinson starts a Croydonist series looking at some of the borough’s different hubs. First up, Nexus…

“One person grows and we all grow.” These are the affirmative words of Mark Sarfo-Kantanka, one of the founders of Nexus Creative Hub, a co-working space for creatives located in central Croydon. Connection and community are intrinsic to the ethos behind this hub. (The name actually comes from the Latin word ‘to bind’ and is also inspired from the word ‘Network’). 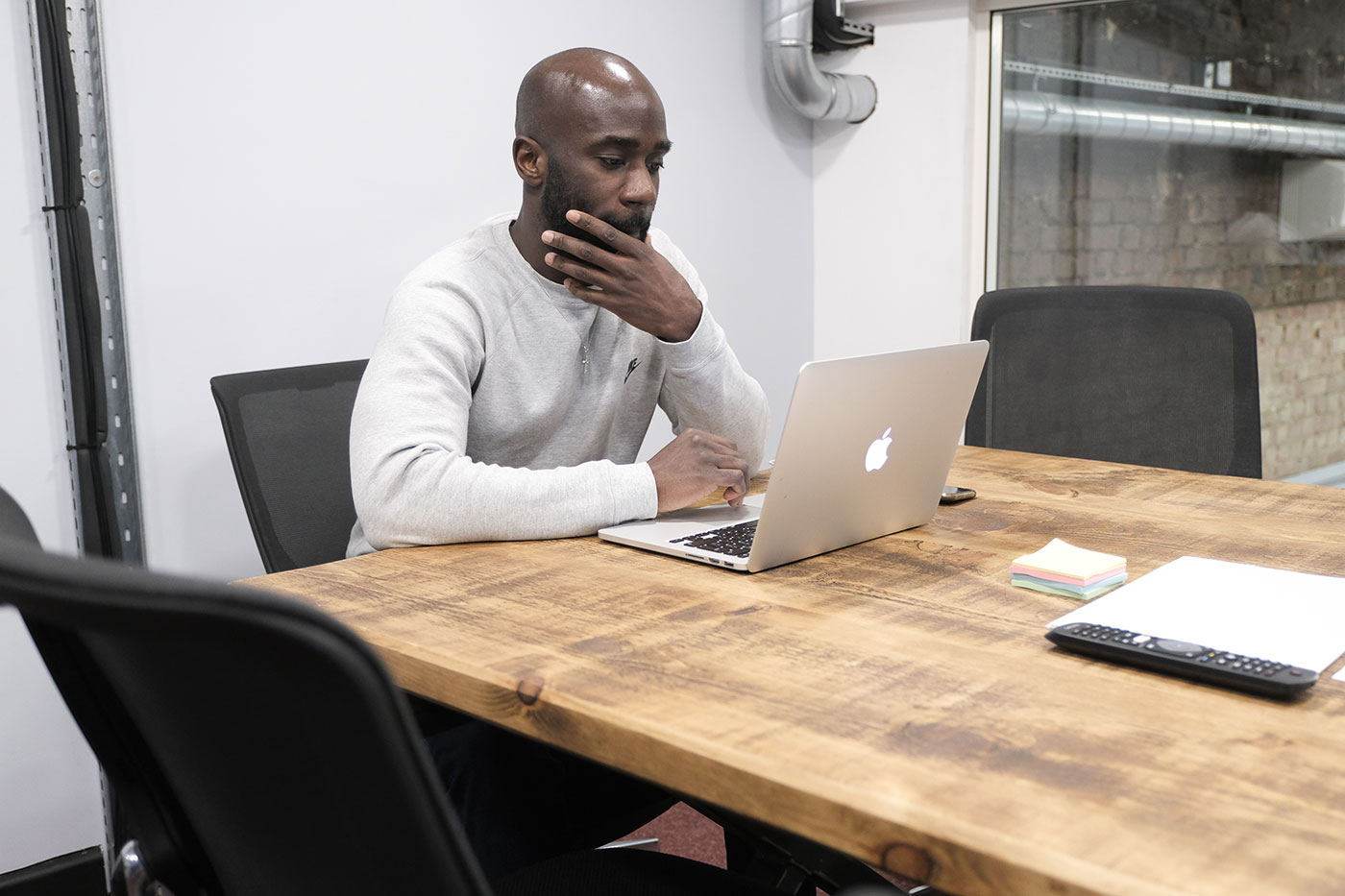 Mark and his co-founder Farouk Deen, both proud Croydon locals, launched the space in November 2018. Accustomed to working in partnership, Mark and Farouk have dj’ed and run club nights since the early noughties. Organising imaginative events such as outdoor cinemas, film festivals and popups in their successful joint venture Cellar Door Promotions, readied the pair for understanding the needs of their audience, and how to make people feel welcome.

Immersed in the South London creative scene, Mark and Farouk are enthusiasts of the rich home-grown talent. They were inspired to create a platform where local creatives can work, network and develop, and so Nexus Creative Hub was born. “We were inspired by the early days of Soho House.” says Mark. Whereas Soho House, a private members club for the creative sector, morphed into exclusivity due to its popularity, Nexus’ vision is to retain accessibility for new talent by not pricing them out. Nexus is a centre which incubates artistry and ability, a place where the best creatives work alongside each other, sharing knowledge and ideas. Everyone is welcome, regardless whether you are seasoned in your game or just starting out. 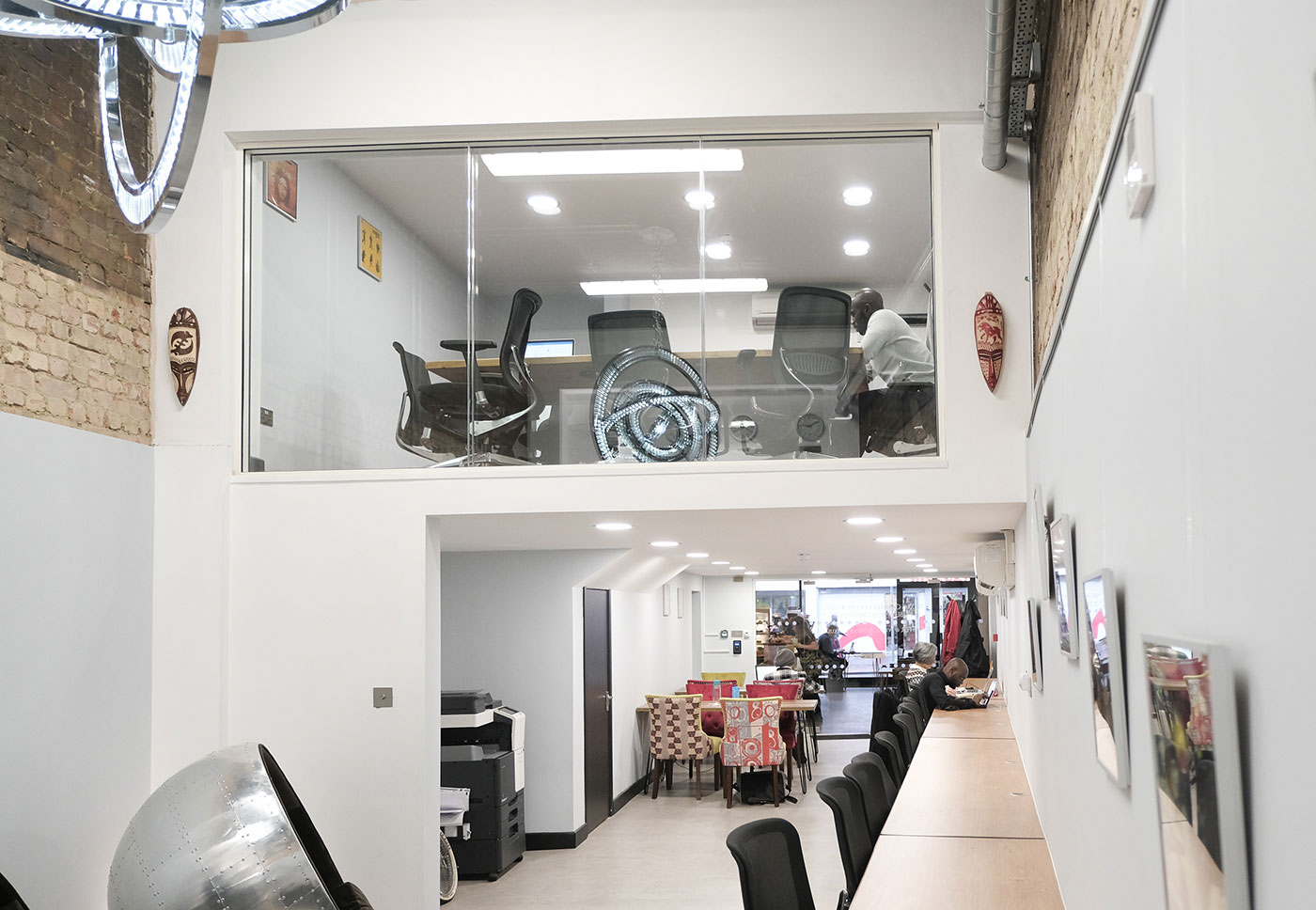 The members at Nexus are as diverse as the local populace, yet all come under the umbrella of creative and like-minded individuals and businesses. The type of member includes but isn’t limited to; those in music, fashion, dance, art, events, copyrighting, film, marketing, PR, social media and design.

British comedian Michael Dapaah aka “Big Shaq” is one of the famous faces seen at the hub. Joel Beya, founder of Cheekysport, a sports entertainment platform with over 100k subscribers on YouTube, and Marv Brown, an award-winning international videographer with over 24k Instagram fans, also work out of Nexus.

When I visited I got chatting to Frances Rudgard, the managing director of Cambodian Living Arts – an organisation for the preservation and development of arts and creativity in the Southeast Asian region. She came across the workspace by chance and was immediately taken by concept and energy of the place. 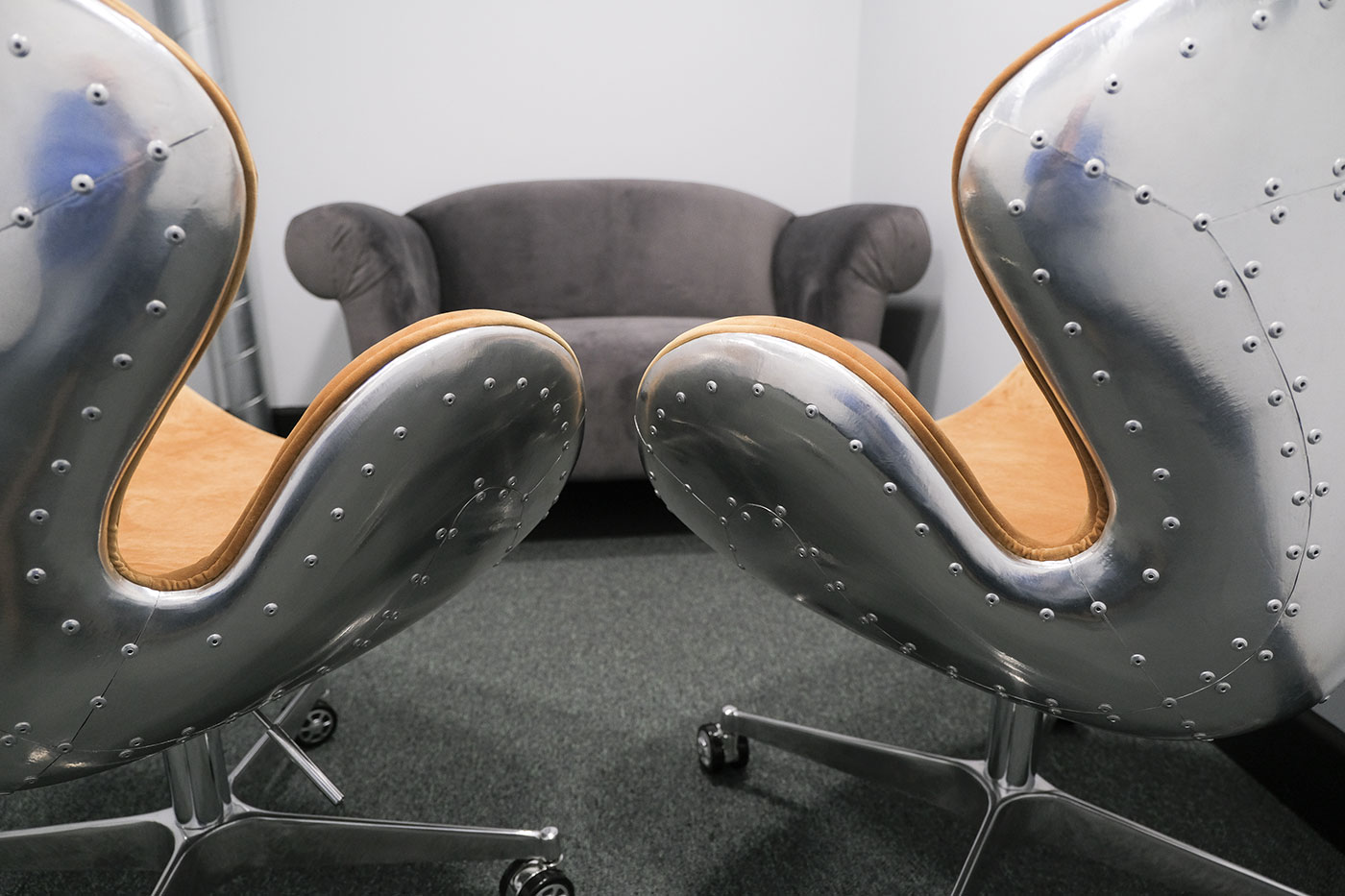 Previously a noodle bar, the founders took the old shop “back to brick” completely renovating the building into the plush workspace it is today. The plot boasts 25 hot desks, two elevated rooms, space for private meetings, a media editing suite, areas for relaxing or mingling, and a spotless kitchen and bathroom. I particularly liked the comfy seating which the guys had made by British designer Tim Oulton. The chairs are backed with American spitfire metal, which runs throughout the premises, starting at the facade of the coffee bar.

“We take pride in the quality of everything we do.” Mark tells me. This commitment to authenticity and care is obvious throughout the co-working space and its attention to detail. They also support other local businesses, such as the twins from Livity, The Cookie Jar Stall and Mirabella Bakes, all making plant-based foods which are served in the vegan and vegetarian café. 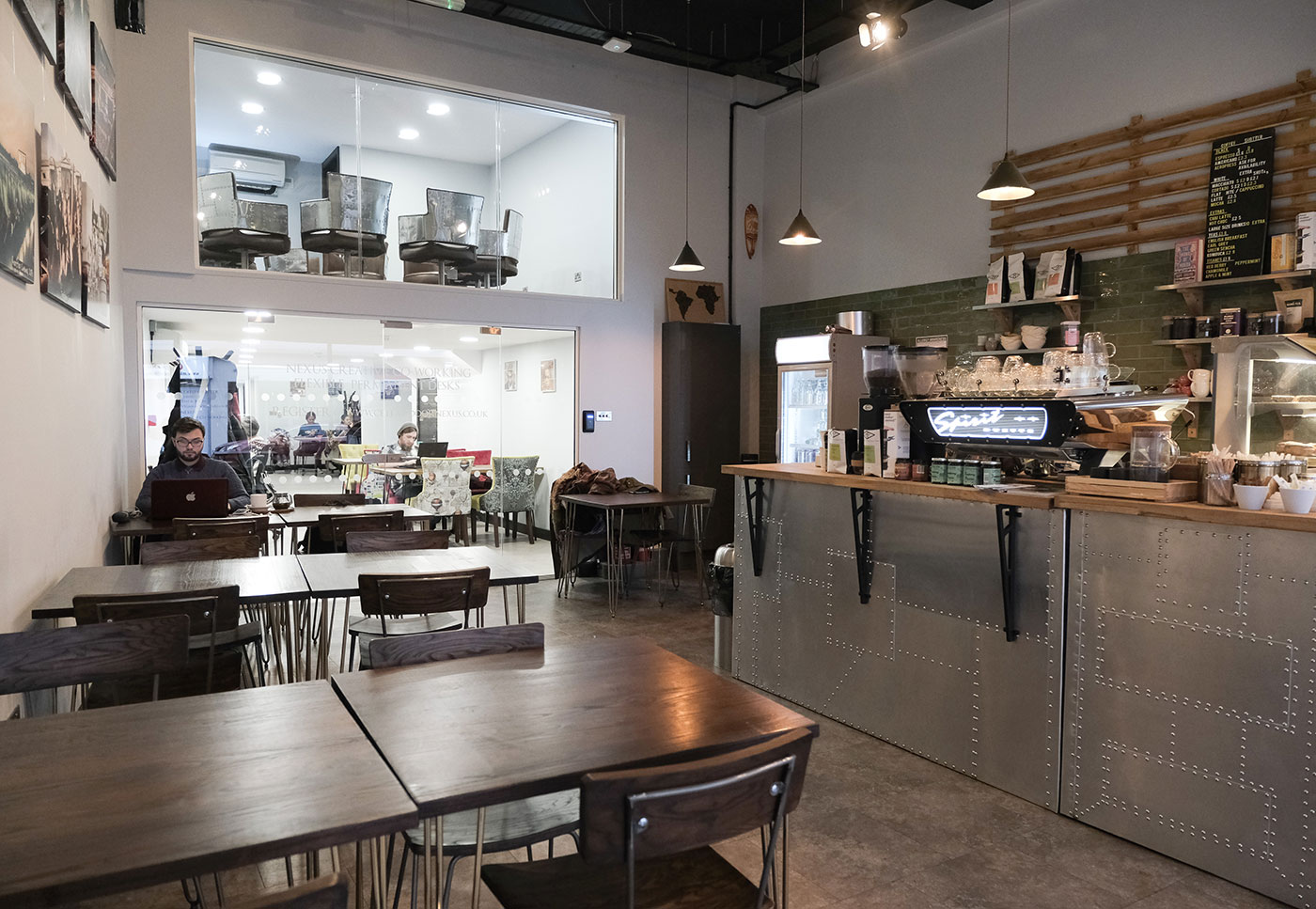 Nexus is a hive of activity, with events to nurture members and the wider community. They recently held a music industry networking night where local resident Swiss from So Solid Crew Dj’ed. As well as workshops to improve your social media presence by LinkedIn expert Jennifer Corcoran. Farouk and Mark are both invested and passionate about boosting the Croydon economy. The pair are actively involved with projects aimed at improving opportunities and facilities for local people.

Mark describes the culture they cultivate at Nexus; “Our core principals are Sharp [do you get what we are about], Integrity [do you have a strong moral compass], and Trust.” As a result, the criterion for individuals to call Nexus home is that they have to be either a freelancer or business operating within, or with, the creative sector and have a belief in the power of community.

It’s not only community spirit that drives Nexus, but also the desire to equip creative people with the skills they need to run successful businesses and achieve the professional respect they deserve. “In the finance world, work is typically about the margin. Whereas with creatives it’s more about having a love for the output. It’s done for passion and often creatives don’t get paid properly. It’s important to know your worth.” Mark states. Therefore, Nexus has strong relationships with specialists in accountancy, banking, HR and corporate finance, to support their members with expert advice and guidance. 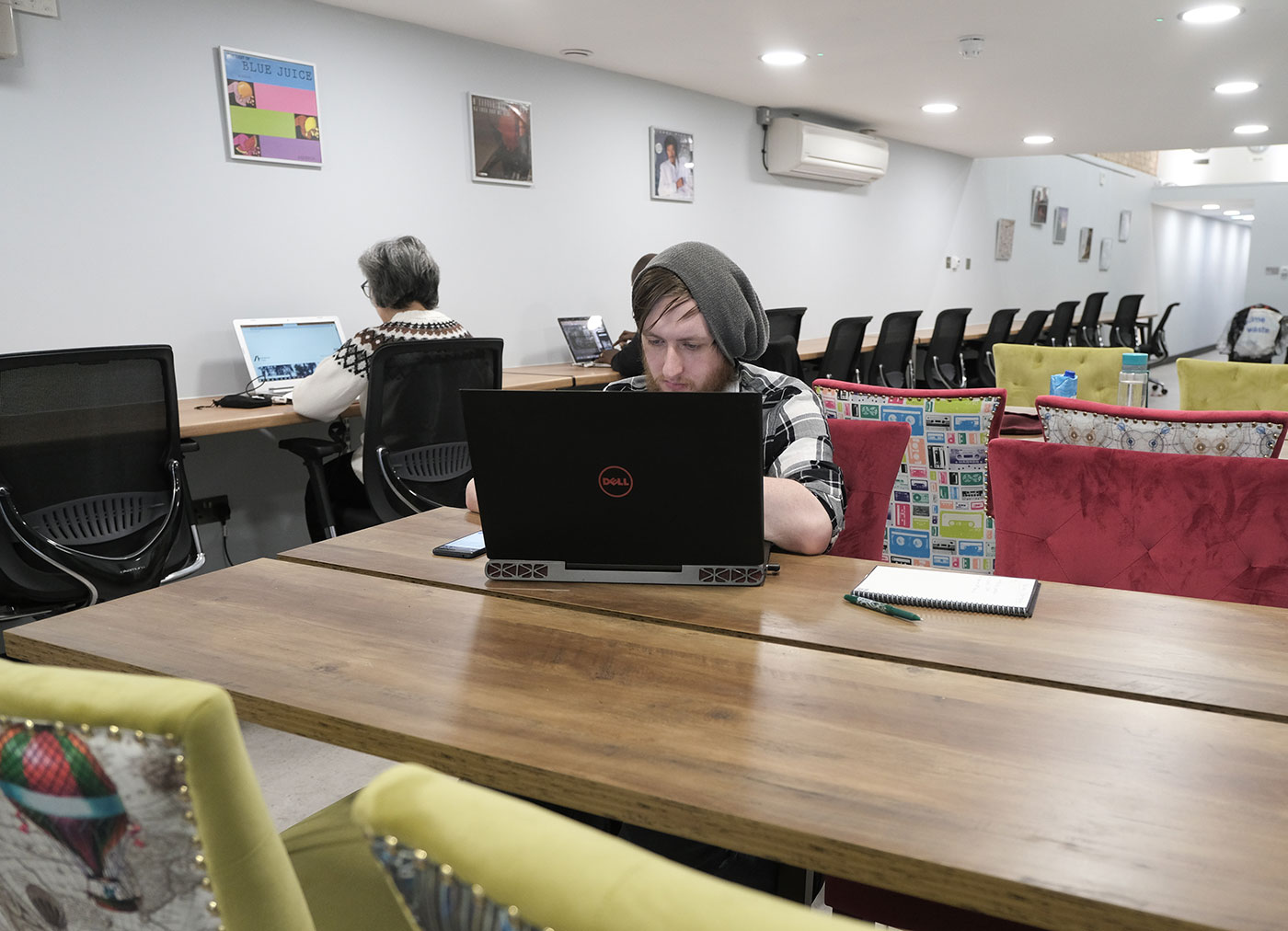 The glow of the spotlight is familiar to Nexus and their patrons. With members enjoying social media followings in the thousands, tens of thousands and even millions.  Earlier this year, one of the members Kamilla Rose, a presenter for Red Bull Music, sent a tweet which went viral listing her partner’s (also a member) humorous requests for going to watch #AvengersEndgame.

What does the future hold for Nexus? Mark pointed to the wall of clocks showing the time in different international cities, such as Mumbai, Lagos, Accra and LA. “This is our vision board.” he said. Establishing mutually supportive communities of creatives in international locations and across a global network is a future blueprint for the Nexus model. With a focus on exciting evolving nations, Nexus have plans to collaborate with similar co-working spaces. Such as Impact Hub Accra, where one of the members Samuel, a graphic designer, recently went to deliver a workshop for the creative industries. 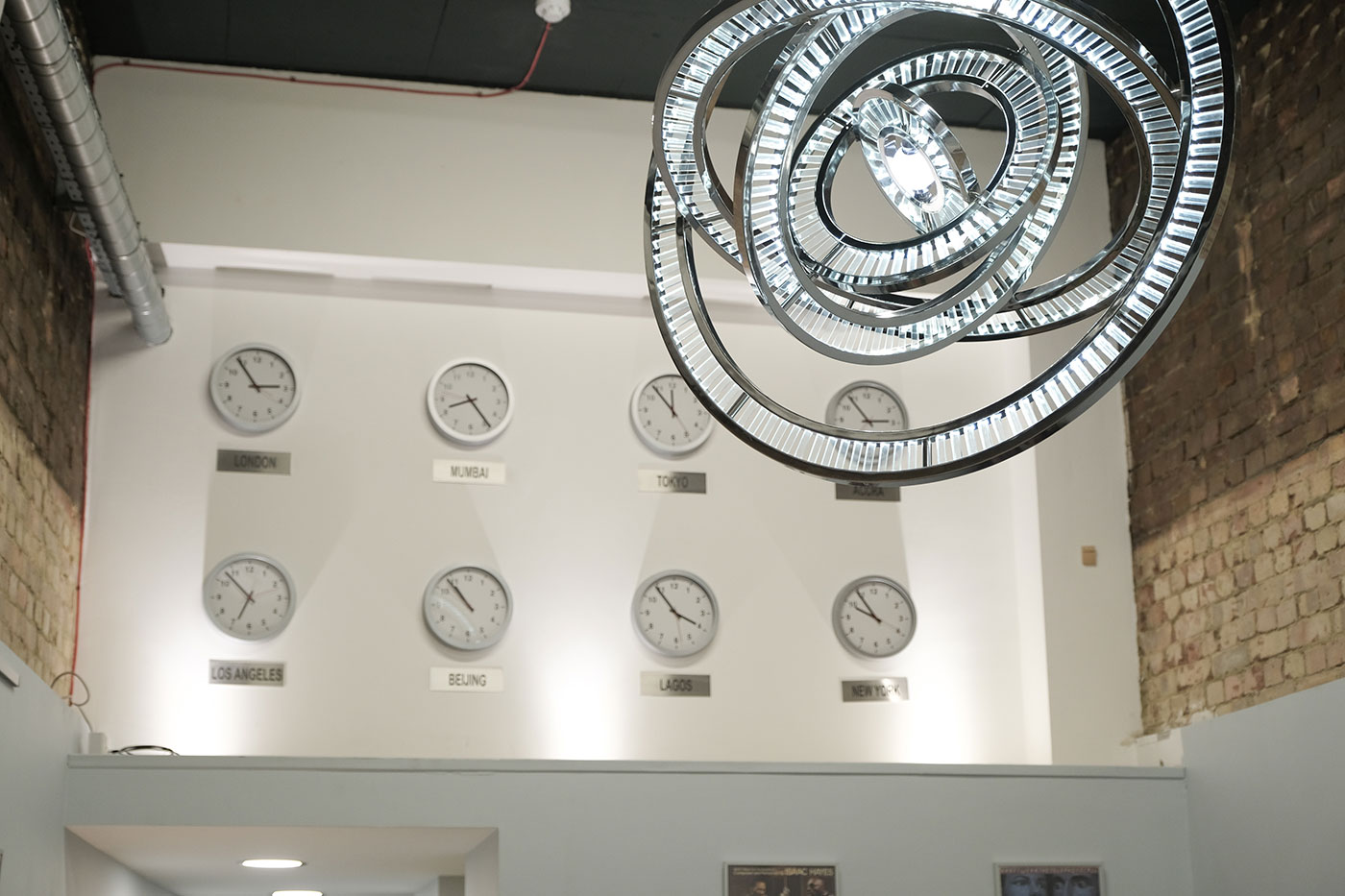 Although there are other coffee shops and another co-working space on the same busy thoroughfare of Croydon High Street, this isn’t an issue for the Nexus team. It was clear they value collaboration over competition. As Mark tells me, there are different spaces to cater for different requirements. We happily refer people on to other local good spots if they have something to fulfil their needs better. For Nexus growing a friendly community of like-minded people is the number one priority. A duty of care is evident in the way Mark and Farouk communicate and run the space. Giving their time and advice freely, in addition to holding a genuine desire to facilitate their members and the local community to thrive.