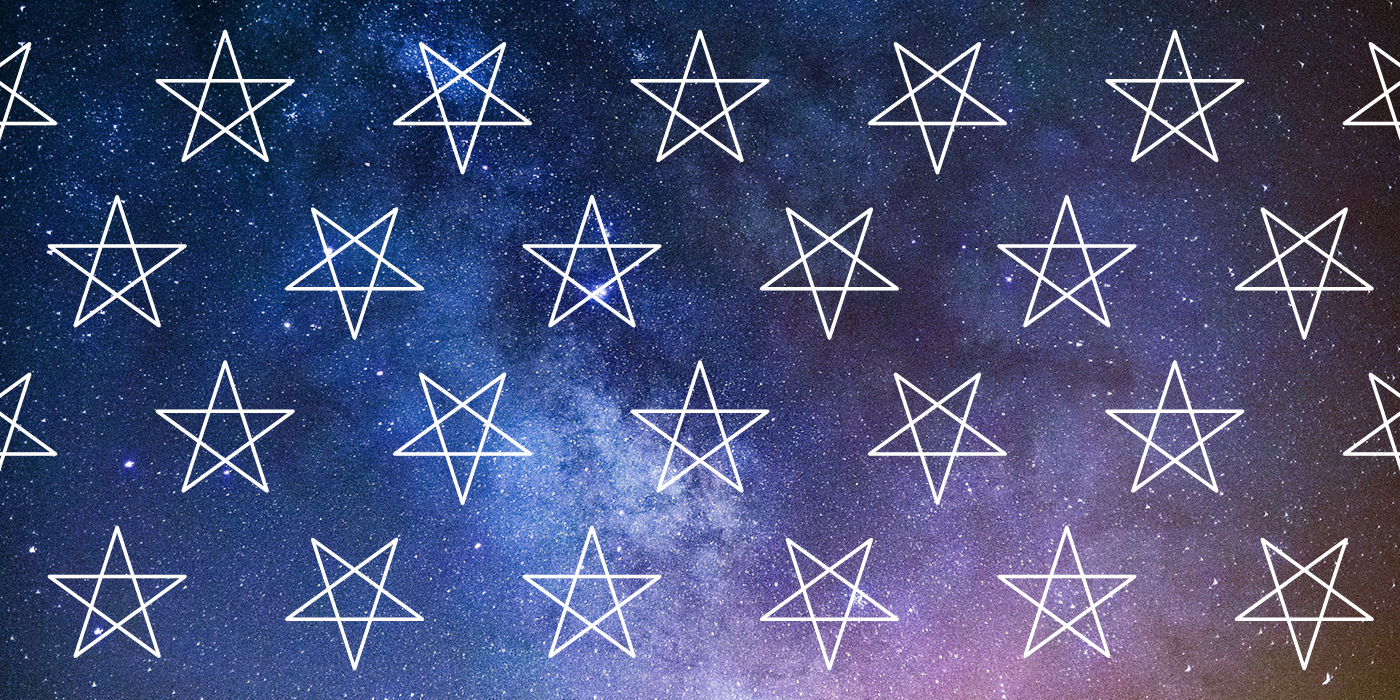 Both the Elizabethan and Victorian eras in England have always been promoted as eras of enlightenment, scientific advancement; and where religion played an important part in everyone’s lives. Especially with the witch trials from the Medieval period I had always assumed that most people would steer clear of subjects like practicing magic.

It turned out that, part time Croydon resident, Queen Elizabeth I was not only interested in subjects like astronomy and astrology and also had an official court magician and astrologer John Dee (below), but it was also believed that she may have shown more leniency towards suspected witches than other monarchs (like James I) because her own mother Anne Boleyn had been accused of witchcraft (among other crimes). In fact, many of John Dee’s instruments such as his black obsidian scrying mirror and crystal ball that he used to try and communicate with angels are on display at the British Museum. Many centuries later, Queen Victoria and her husband Prince Albert were also rumoured to have attended seances. 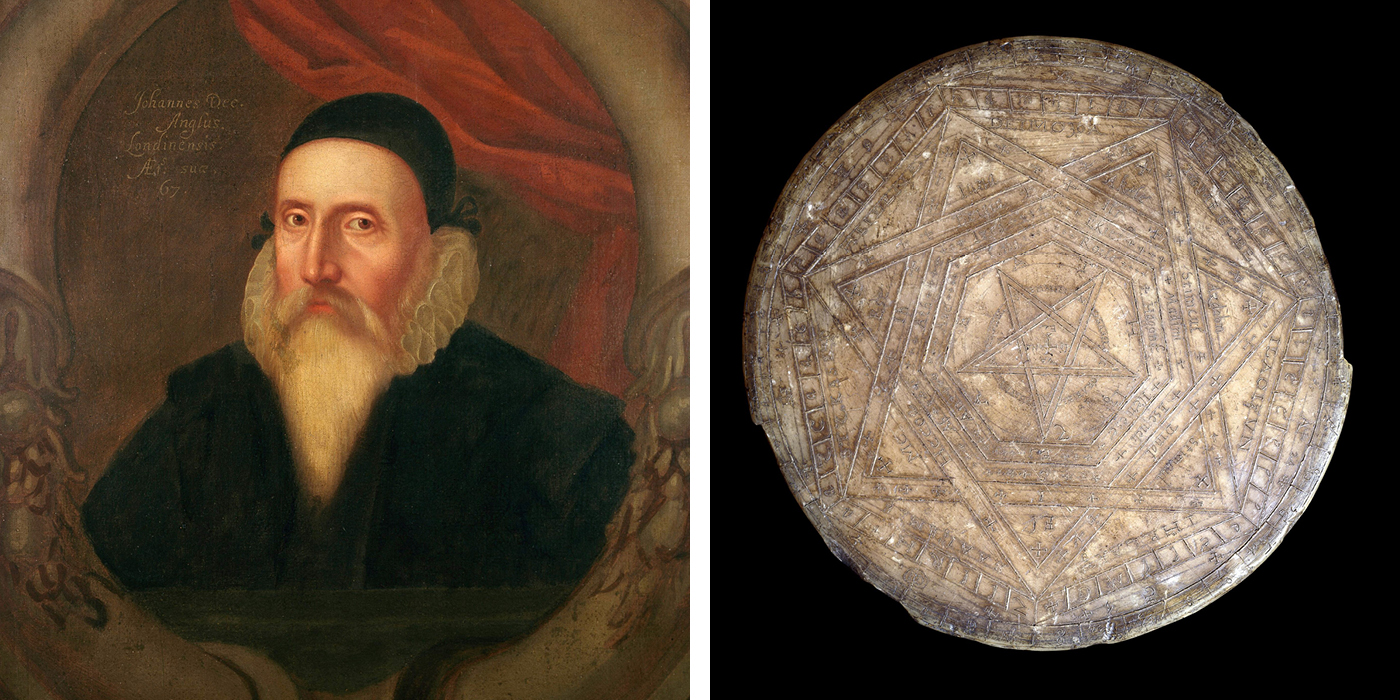 In fact, Spiritualism had reached the height of its popularity towards the end of the 19th century / beginning of the 20th century when it attracted celebrity followers like the poet Elizabeth Barrett Browning (below left). It then started to decline in popularity until the outbreak of World War 1, when many people who had lost loved ones in the war desperately wanted to communicate with them. In fact, Sherlock Holmes creator and South Norwood resident Sir Arthur Conan Doyle (below right) became one of its strongest supporters. 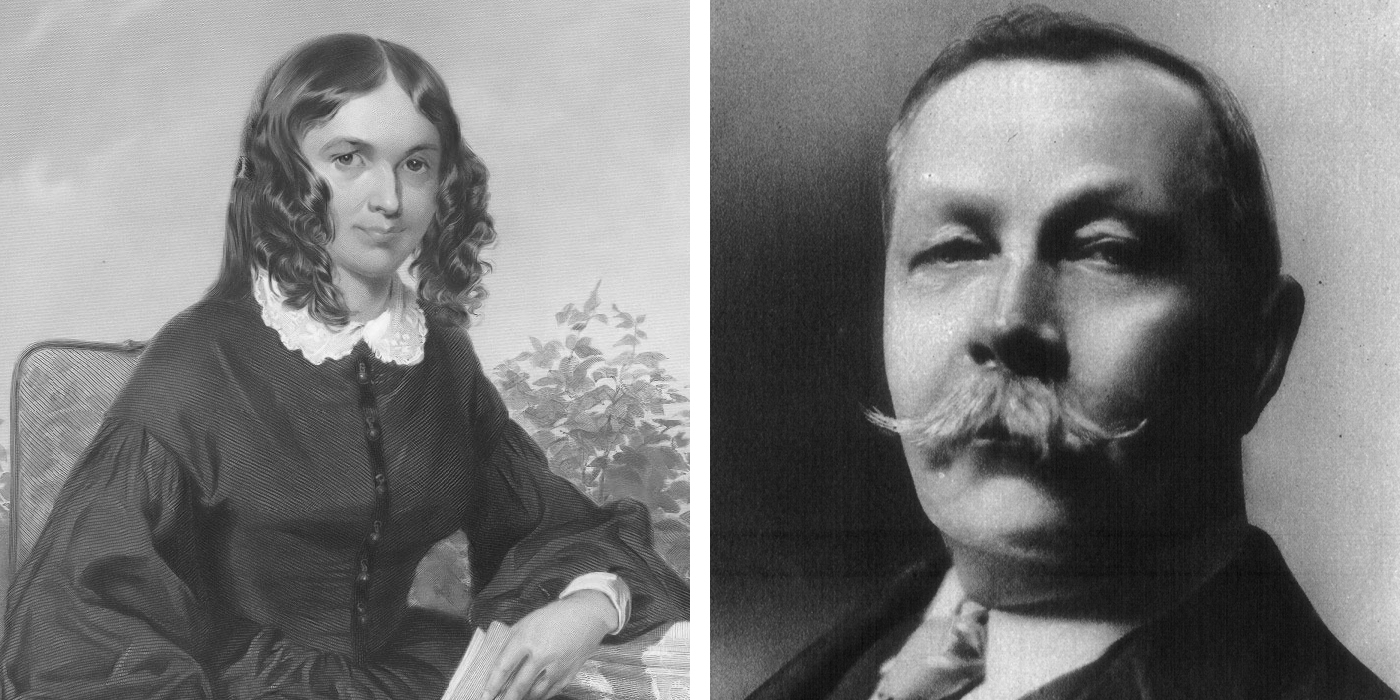 Doyle had lost family members including his brother and son in World War 1 and I had originally thought that this was why he rejected his Christian faith and turned to Spiritualism; but I discovered that he had actually converted to Spiritualism long before this. In fact, in 1882, The Society for Psychical Research was formed by a group of intellectuals to investigate claims of ghost sightings as well as practices like Mesmerism and Spiritualism and one of its strongest supporters was Sir Arthur Conan Doyle.

By the end of the Victorian era, 1897, Bram Stoker wrote Dracula (which actually took him seven years to write). Like Spiritualism, Gothic literature became another Victorian subculture. In fact, underneath their strict, religious, patriarchal, family oriented image (that they liked to present) they also turned to practices like crystal gazing and mesmerism as well as belief in the supernatural. 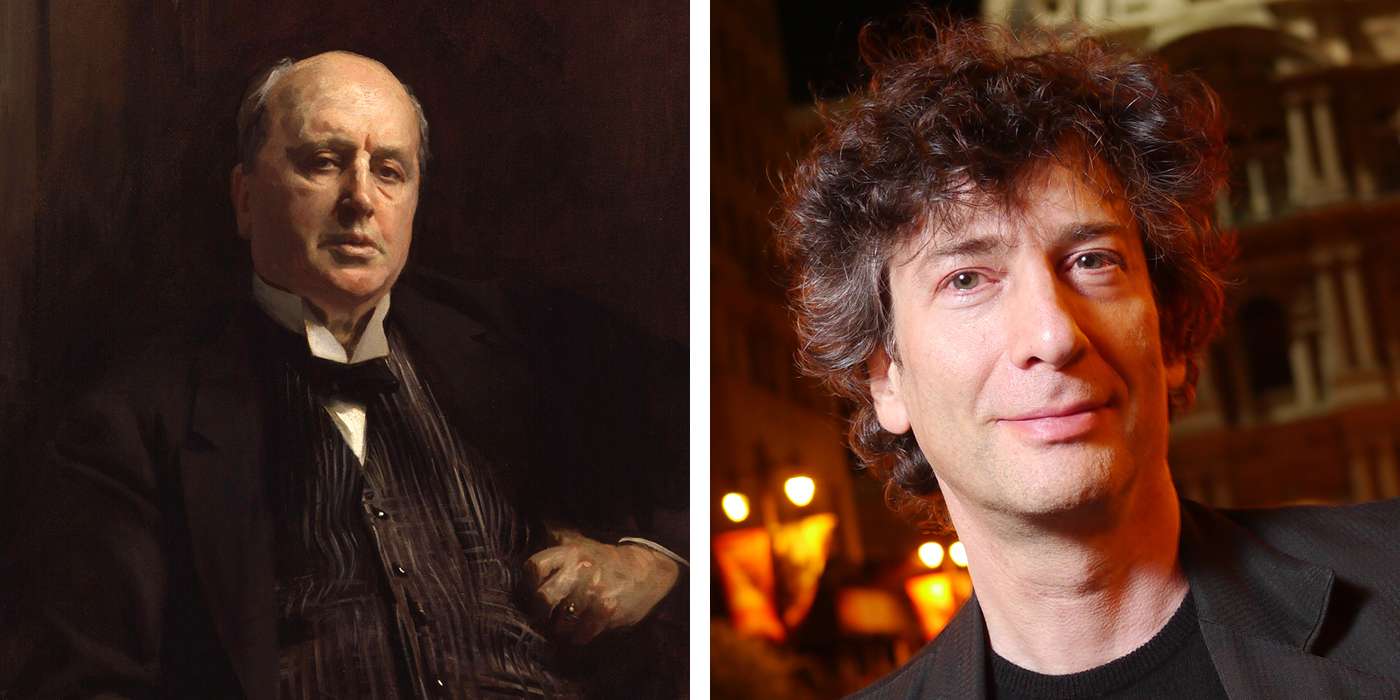 Many Croydon based authors including) Henry James (above left, Neil Gaiman (above right) and Cicely Mary Barker specialised in gothic and fantasy literature. I have also recently discovered that author Jean Ure currently lives in Croydon. I read Nicola Mimosa while at school, and discovered that Jean Ure herself is a trained dancer, and written (children’s) fiction books about dance and the performing arts, as well as her fair share of teen supernatural and even science fiction books.

Even more recently; since November 2002, the first WitchFest was held at the Fairfield Halls in Croydon. Organised by a non profit organisation, the Children of Artemis, it has since become the world’s largest witchcraft event, attracting up to five thousand visitors every year. Festival events include talks on witchcraft and wicca and workshops on wands, spell crafting and Wicca as well as live musical entertainment.

TaniaRahman works at the British Museum and attended Old Palace School from 1988 to 1993.