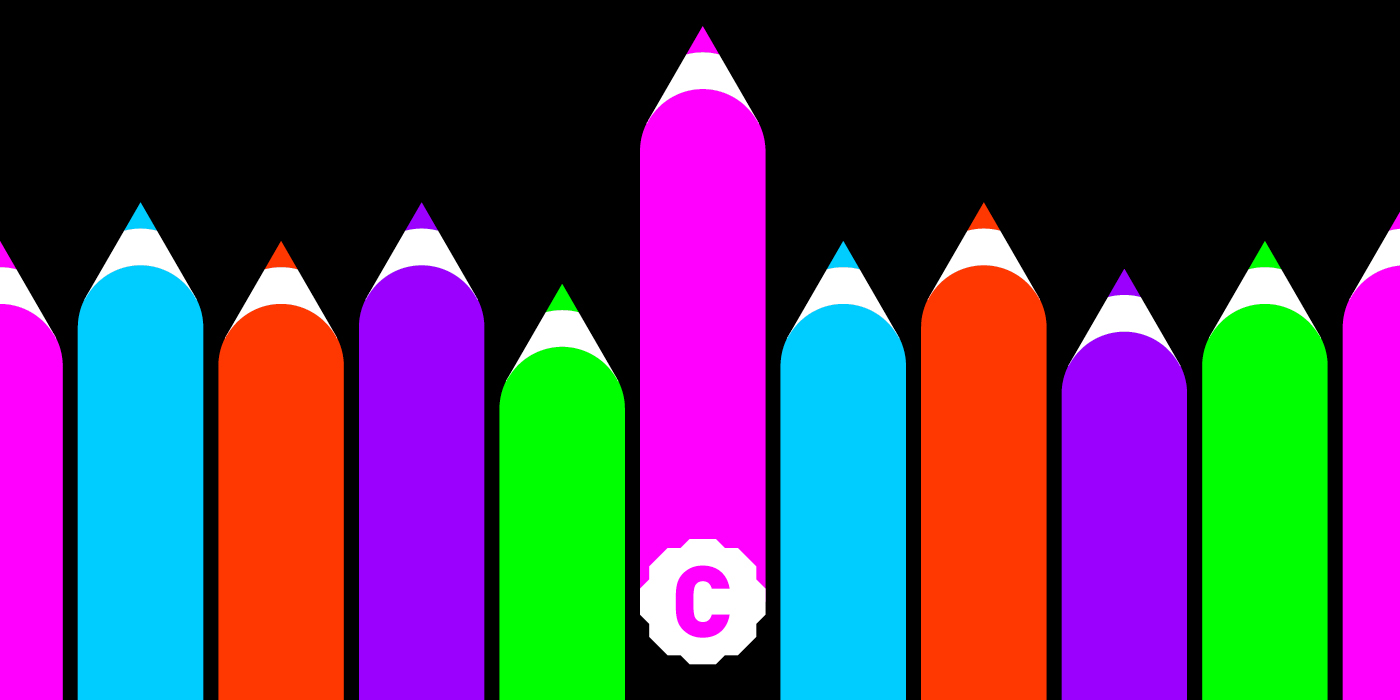 As you know, Angela and I at the Croydonist and Cassie Whittell from Croydon Literary Festival spent November reading all the short stories entered to our competition, which celebrated the Literary Festival back in October.

Lots of the entries were great reads and ranged from stories about the Beatles and the Fairfield Halls to underground worlds beneath Croydon and love stories turned sour. It’s safe to say with such a diverse range of subject matter it was a tough (but immensely enjoyable) judging process.

Cassie sums it up perfectly, ‘Jam Sponge was the story that caught my attention from the start, kept me reading without pause and broke my heart a little bit at the end. It was wonderful – I loved it.’

Without further ado, here is the story for you to read…

Elizabeth waved goodbye to David from the school gate, they’d enjoyed a little play in the park before the gates had opened, David explored the old convent before stuffing his pockets full of conkers. He was such a bright, bubbly boy; dinosaurs were his thing at the moment, but he’d started to show real interest in the stars lately. Elizabeth was finding the morning separation difficult, especially on the first day back after the holiday. Always trying to hold onto him until the very last moment, his head between her hands so she could survey his face for missed crumbs and out of place strands of hair, then tilting and kissing each of his rosy cheeks and forehead. She stood awhile at the gate and waved until he was completely out of sight. Glancing around the emptying playground and wondering if anyone else felt as lonely as she did at that moment? She didn’t recognise any of the children that rushed past her, or their parents for that matter. The teachers seemed to get younger every year, she worried that they eyed her with mistrust, because of this she kept her head down and didn’t venture too far into the playground.

As she made her way through the throng of children, she decided whether or not to take the scenic walk home through the Country Park, it would be horribly muddy. The other option was the car choked route along Portland Road. Today she just wanted to hurry home to the warmth of the living room. She didn’t have to work today so she would have a long wait for 3 o’clock, when she would head out to meet David from school. They’d agreed that he was old enough to come half way on his own, Elizabeth would wait for him on the cobbled road that led to the park’s visitor centre.

Turning in the direction of the busy road, she stopped and turned, deciding that she would take the new route that she and David had discovered together recently. It was a quieter route off of the main road, that cut behind the Parish Church.

The morning air was crisp and the ground glistened with a light dusting of autumn frost, she passed jewelled cobwebs and the air smelt clean and cool. She took small, stiff steps but still her shoes would not make a good purchase on the pavement. She slipped precariously and clung to a bollard, reaching out tentatively with her slipper shod toes, as though testing the temperature of a hot bath. She would have to be more careful, thrusting her hands into her pockets she walked carefully but with purpose. She knew every cut through and alleyway without needing to look where she was, the journey was instinctive, and while she walked she allowed her thoughts to drift back to David and what he might like for supper. Now that sugar rationing had finally ended, she thought perhaps she might bake a cake. Getting eggs had never been an issue, she had a couple of good laying hens in the garden. She’d found the eggs handy for bartering with her neighbours, sugar was the thing that she was always short of. Yes, she would get some sugar and make a jam sponge for when David was home. Elizabeth’s mother had always said that she spoilt David, but she felt it was her duty to give him everything. The boy was growing up without a father and needed all of her care and attention. Her mother warned her that there would be nothing left for anyone else, that she was young enough to meet someone else and remarry. But, Elizabeth didn’t need a man, David was going to be a great man, he was going to sit his 11 plus soon, it was very likely he would go to a grammar school.

As Elizabeth reached the corner of Cumberland Road, she marvelled at how quickly bombed sites had been built on. Less than 10 years since the end of the war, and the houses were already homes, new families everywhere. Elizabeth didn’t know any of the new families, David didn’t play with the new boys. This had troubled her at first, but he didn’t need them when he had her to take care of all his needs. Realising that she had been daydreaming, she looked around the empty street and was dismayed at the lack of progress she had made. Her feet had started to get cold and her toes tingled inside her slippers. She tried to stamp some warmth back into them wrapping and tying the cord of her coat firmly against the cold.

“It really was a chilly morning.” She thought to herself. Turning into the next road, she noticed that the cherry tree on the corner had gone.

“Such a shame.” It had given the sweetest cherries only last summer. Cherries were David’s favourite and he delighted in hanging from the branches as he climbed to reach for the juiciest fruit. He would drop them down to her, for the basket. She knew he would always have eaten the best ones while he was tangled in the branches. Now she imagined him as vividly as if he had just plopped down in front of her, all smudged with juice as he smiled with contentment. How handsome he was becoming, just how she remembered his father.

As she reached the next turn, Elizabeth felt in her pocket for her latchkey, but it wasn’t there. Not to worry she wouldn’t have locked the door, she never did. She checked her watch for the time: 9:30, goodness she was making slow progress today. Her hands were blue and puckered from the cold. They had taken on a papery quality, that brought back a memory of her mother’s hands. This is exactly as she remembered her mother’s hands as she held onto them, all twenty of their fingers intertwined in a last lingering goodbye. Her mother had died of cancer, she had been ill for some time, but hadn’t told anyone about the pain she was in. David had driven her to the hospital for visits, he was such a good boy. A fresh grief surged unexpectedly, almost overwhelming her, she dabbed at her eyes with a handkerchief, scolding herself for being silly as she shuffled on.

Elizabeth wondered about the cold, it was quite unseasonal, perhaps something to do with that bomb they dropped. She thought of all the poor babies that had been lost and their poor mothers left alone. She really was very cold, but nearly home. She just had to cut through the Country Park a little way and then she could get in and light the fire. Taking the next left Elizabeth suddenly realised she had no idea where she was. The entrance to the park was gone, instead there was a green fence; behind it rose a tall building. It was a very shiny, glass and steel structure. She followed the fence for a while to see if there was a way round, but the fence led her into a huge, empty, car park. She was very tired now and began to panic, she was lost. Not knowing what to do, she carried on walking, she hadn’t passed anyone since leaving David earlier, but hoped someone may come along that she could ask for directions. She thought of retracing her steps but she was so cold now that her thoughts were muddled. Elizabeth was frightened, how could she be lost, she’d lived here all her life? David came to her thoughts, she was ringing her hands, trying to keep them warm, her feet were frozen. She paced and rocked a little, she could hear quiet whimpering, turning through 360 degrees to locate the sound, she realised it was her, she was whimpering like a lost child. Turning back toward the road she could see that someone was approaching, she must pull herself together, a man was walking straight towards her, he was moving faster now, she could see his face. She called him “Michael!?!”

“No mum, It’s David. I’ve been looking for you.” Elizabeth looked at him, confused, David was still at school he wouldn’t be home for hours. This old man looked like Michael, David’s father, but older than she remembered him.

“Look mum, I’ve brought your coat for you, it’s too chilly for just slippers today mum. Come on, the car will still be lovely and warm”

“How did you find me Michael?” He didn’t correct her this time, there wasn’t any point when she was this confused.

“Mary called me.” Elizabeth didn’t know anyone called Mary. “You know Mary.” He gently coaxed her. Yes, she did, her beautiful baby girl. Although she wasn’t a baby anymore, she worked at David’s school, no that can’t be right.

Elizabeth let the man wrap her coat around her shoulders, her arms wondered awkwardly behind her as she tried to find the sleeves. The coldness of her skin radiated through her thin dressing gown, he felt an enormous sense of relief swell in his chest to have found her in time. David kept his arm around his mother’s shoulder and steadied her tiny frame, fitting her almost entirely beneath his own coat, he held her close and walked her towards the car. Elizabeth thanked him again and allowed him to lead her along the path towards a parked car. She must get home to make a cake for David, maybe Michael would like to have tea with them too, she hadn’t seen him in such a long time and she had so much to tell him. 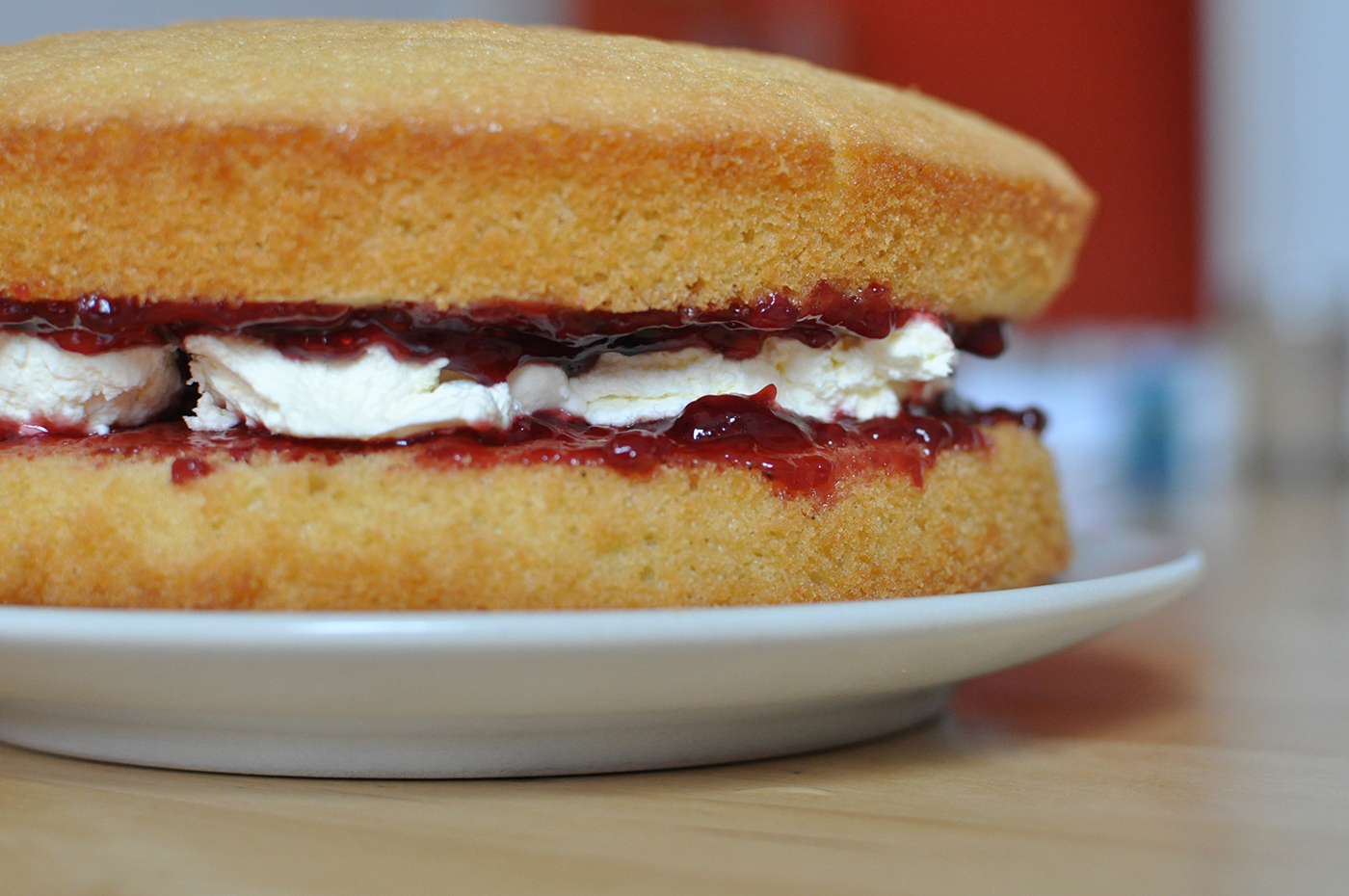 And we can’t leave you without some words from the author herself – we asked Emma about her inspiration for Jam Sponge:

‘I began thinking about Elizabeth after walking with my own children, we often take detours during the walk to school. As they grow older I’m needed less and not required to take part in all the physicality of play. This change and, perhaps my resistance to it sent me inwards. Imagining not only the loss of play but also the change in family dynamics. We all still care very much for our parents, but there comes a time when we grow up. Our paths diverge, but are always rooted in our shared experience.

I wanted to explore a relationship where the memories that anchor them are becoming more fluid until eventually the boundary of guardianship has become unclear.’

Cassie, Angela and I would like to thank all the talented entrants to our short story competition, and congratulate Emma on her poignant tale. Jam Sponge will be recorded in 2019 as part of the Tales of Croydonia podcast season 2. Catch up with season 1 here.