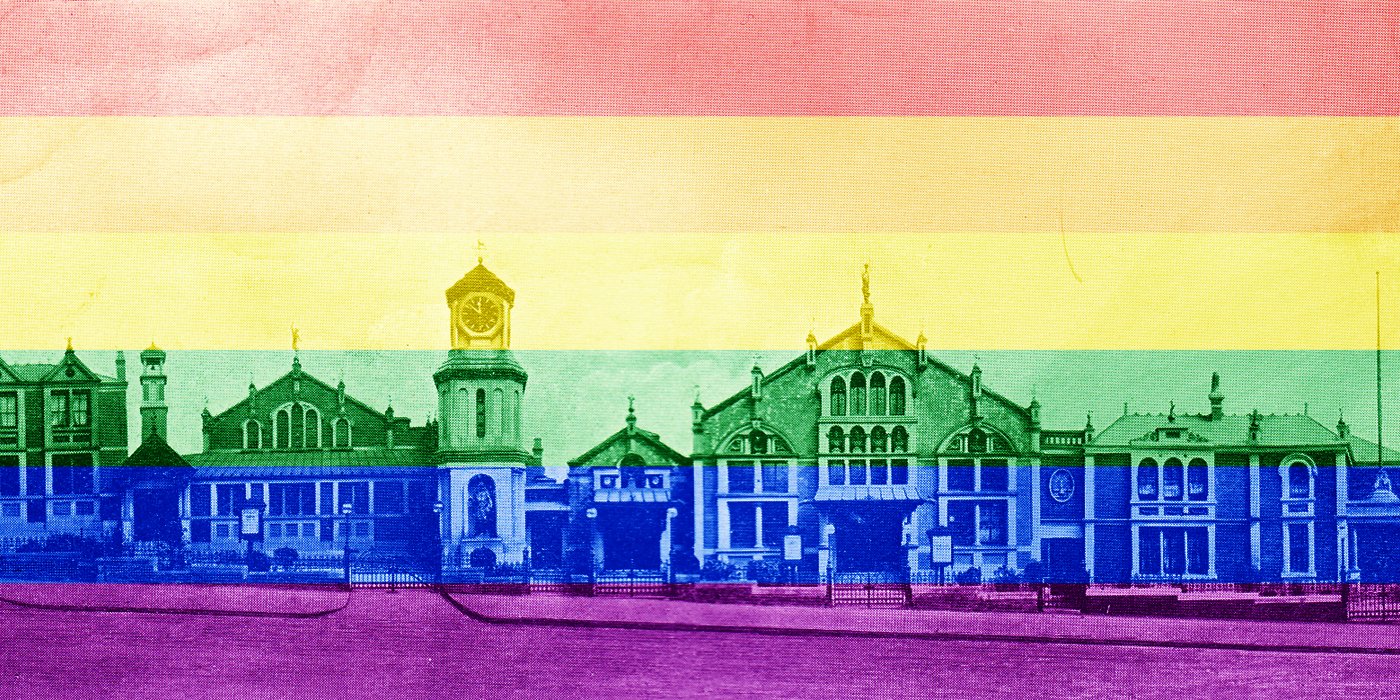 Most Croydon regulars interested in the arts have probably visited South Norwood’s Stanley Halls for a cultural event in recent years. For those of you new to Croydon, the venue is a beautiful Grade II listed Edwardian building near Norwood Junction which was designed by inventor and philanthropist William Stanley for his local community to enjoy – hence the name. Completed in 1909, the Halls has a history of performance including appearances from famous names such as Samuel Coleridge-Taylor and Shirley Bassey.

The venue’s full history is an interesting read (see here), but I’m going to fast forward to the beginning of this year, when I noticed a very cool new brand appear on my Instagram feed called Stanley Arts. This week felt like a good time to catch up with venue director Dan Winder to find out about the Stanley Arts story, as the venue will be hosting some real life Pride celebrations on 4 July. With very few Prides happening in the physical realm this year, I was excited to find out more. Dan also invited Mama G, the storytelling pantomime dame, who’s in charge of organising the celebrations, along to our chat.

Croydonist: Firstly, Dan, how long have you been venue director, and what’s your background in the arts?

Dan: Since August 2019 – it’s been an interesting one with a global pandemic! I’m a theatre director by training, and a billion years ago I trained as an actor. Before that I got a PhD in physics but that’s another story…

Croydonist: You have recently become Stanley Arts, how did the new name come about?

Dan: The community came together in 2013 and formed a charity to take on and run the Halls. I was brought on board in 2019 to do two things: to come up with a cultural identity for the building, and to raise money for the capital works, and they continue to be the main focus.

We also took the opportunity to rebrand the venue, which isn’t just about marketing, it’s been an in depth conversation about who we wanted to be going forward. The decision was made to become an arts building. We became Stanley Arts this January, so we are the organisation who runs most of the historic Stanley Halls. Stanley Halls is actually a complex of buildings with lots of different spaces and one of those spaces (the biggest space) is called Stanley Hall. So there was always a confusion over what the whole was and what the parts were.

Croydonist: For our readers who have not yet visited Stanley Halls since the venue’s makeover, what can we expect that might be different?

Dan: We felt it was important that the building better reflected the diversity of the community it sat in, which means it needed more artists from communities of colour and it needed to be younger. There was a wider conversation about what was already on offer in suburban South London. So it felt appropriate to make the venue an inclusive space in terms of gender, identity and sexuality, to support deaf and disabled artists, and all other areas where people might be excluded from having a platform and a voice. 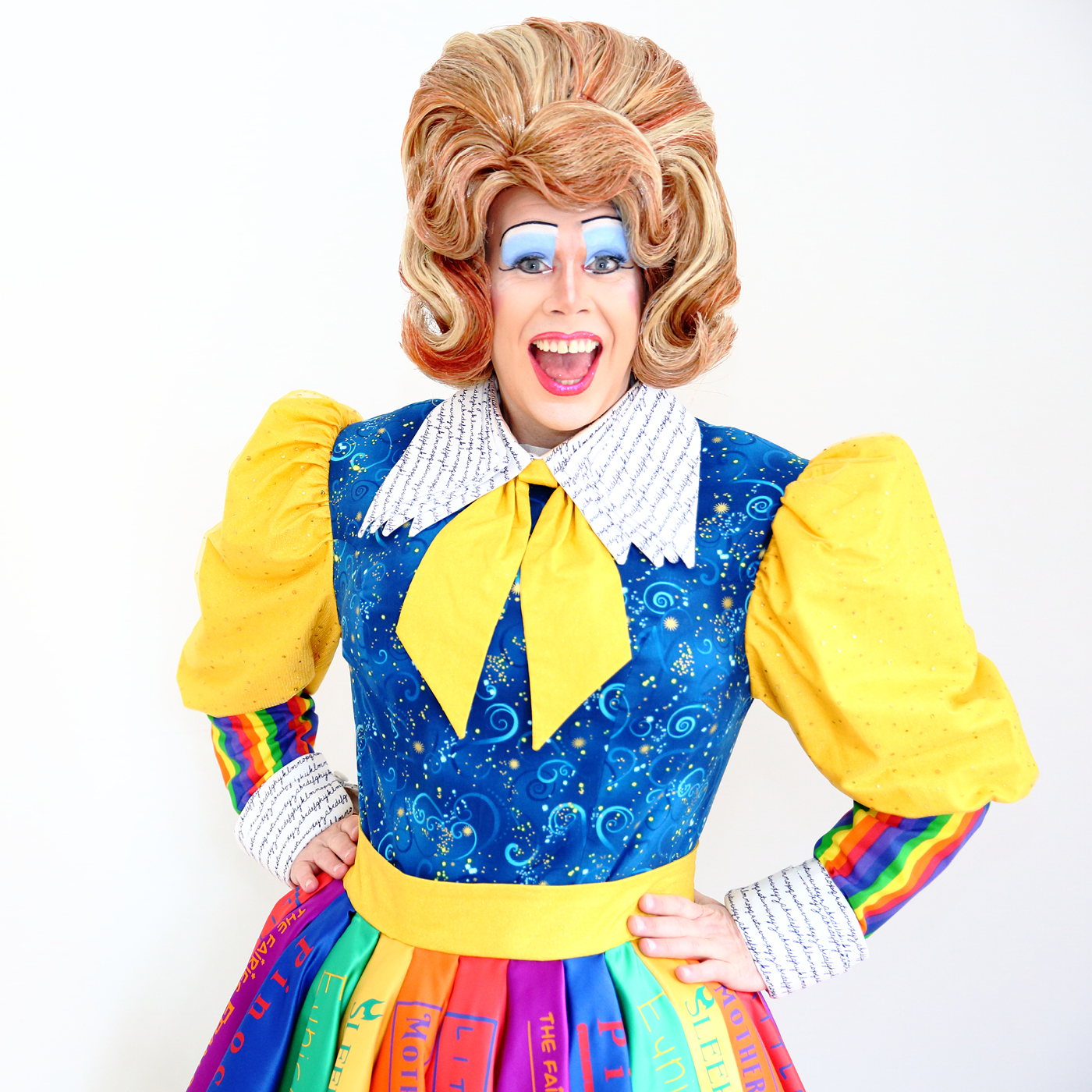 Croydonist: Can you tell me a bit more about your two main Pride celebrations, Family Pride and Pride After Hours?

Mama G: I’ve got quite a large LGBTQ+ audience and a lot of rainbow families are interested in my work. I think it’s really important that Pride is an inclusive event. Quite often we look at Pride as being something for adults to experience, but really we need to be engaging children in events like this. Whether a child is from a rainbow family or from an allied family, I think it’s really important for them to see events like this because then they can understand that everyone lives their lives in their own different colours. 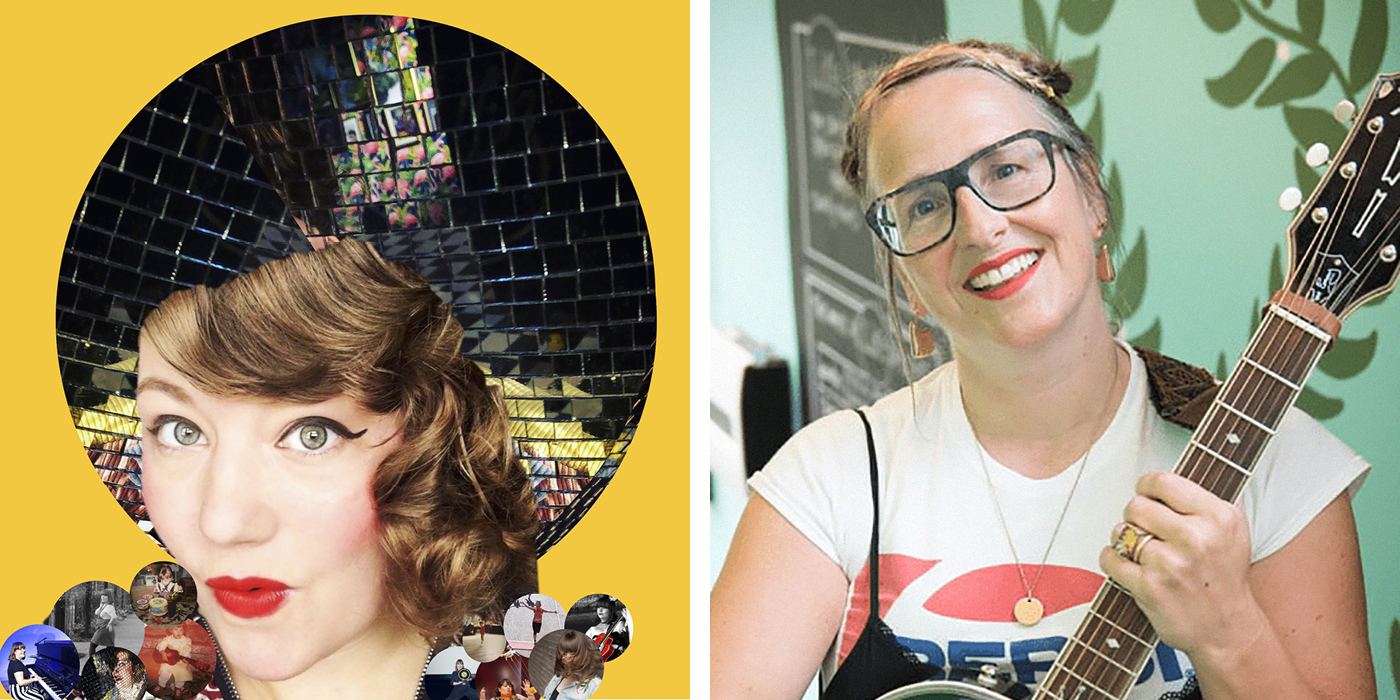 Mama G: Last year, obviously loads of Prides were cancelled so I got invited to a few digital Prides. And then I thought I’d go one step further and decided to put on Mama G’s own digital Pride, which was amazing because we got people from all over the world taking part and watching – we had authors, performers and singers. We also supported Mermaids which is a charity helping young people who experience gender dysphoria.

So this year we thought we’d try and do it in person (and a little bit online because it’s going to be available via Zoom as well). When thinking about potential venues there really was only one option, Stanley Halls! 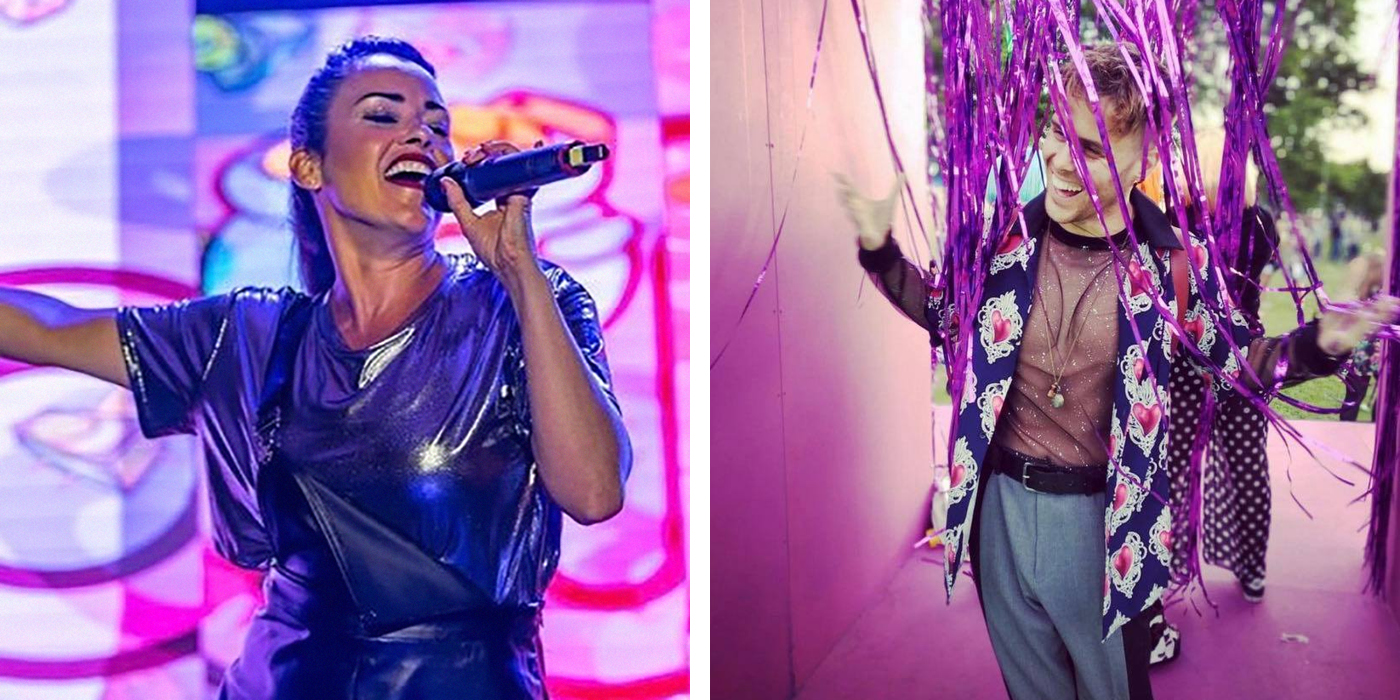 Mama G: It’s going to be a really fun day. To name just a few performers, we have Elmer the Patchwork Elephant, Lolly who’s a 90s pop star (famous for Hey Mickey and some other good songs). There’s Lorraine Bowen from Britain’s Got Talent (she sang songs about making apple crumble). The celebrated children’s author Jeanne Willis and illustrator and children’s author Harry Woodgate are going to be doing some workshops, one based on the book Grandad’s Camper which is about LGBTQ+ elders. We’ve got music, comedy, puppetry. We’re doing a little Pride pantomime. We’re having a Pride choir too. Then Dean Atta, Zoë Tyler, Pop ‘n’ Olly and more are taking part on screen. We’re hoping to be able to do a Pride parade at the end of the day, led by Elmer himself. 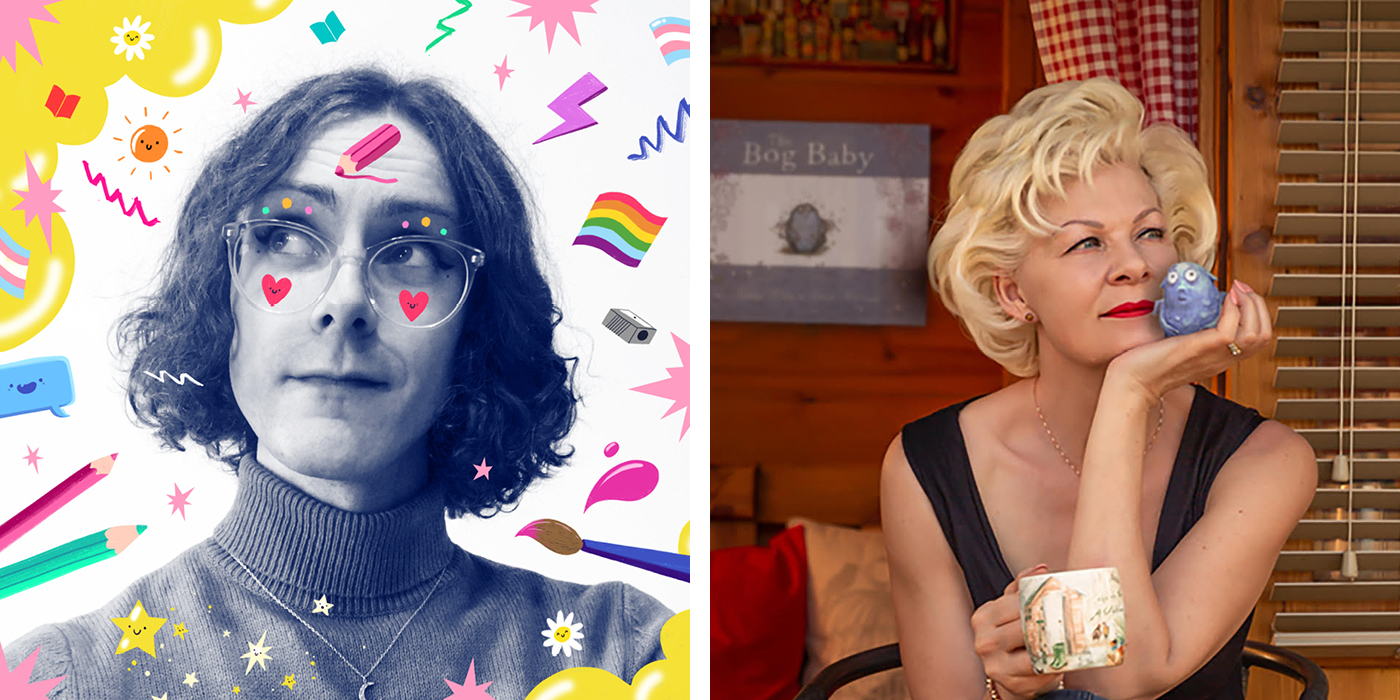 Croydonist: Wow, that sounds jam-packed. What about Pride After Hours?

Mama G: In the evening, we’ve got an event for adults, with comedians, drag bingo, burlesque, DJs… 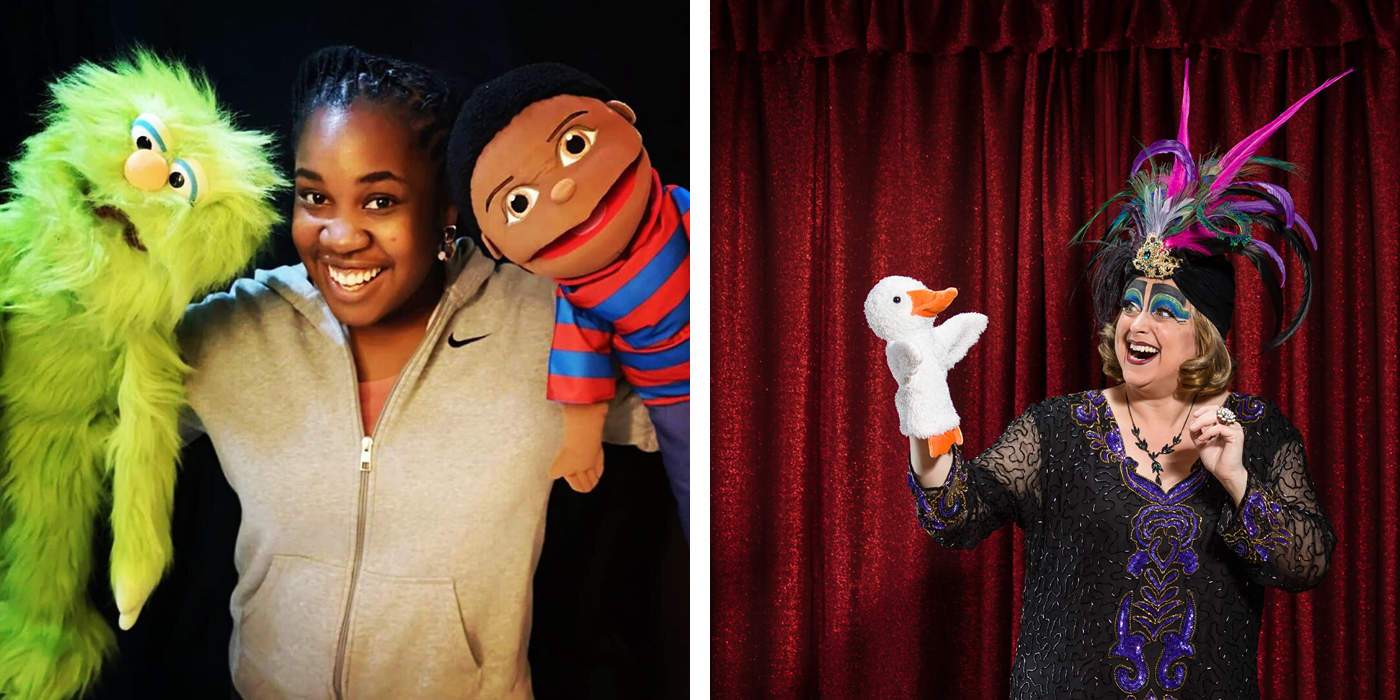 Croydonist: Is it a ticketed event or can we just turn up?

Mama G: Please book a ticket. It’s ‘Pay what you can’ so it’s open to all. All the ticket money is going to Mermaids, who we are supporting again.

Croydonist: Before we go, are there any other Stanley Arts summer events you’d like to mention?

Dan: There’s a really cool project coming up at the end of August called Rise of the Refrain, which is created by Liv Wynter and features a live punk band and is performed in spoken word, integrated BSL by a deaf performer, and creative captioning. They’re doing it in conjunction with Queer House Party and we’ll have a great post-performance after party.

Croydonist: Thank you to both of you for chatting with me. I’m very much looking forward to meeting you both in person at Family Pride.

All photos courtesy of Stanley Arts and Mama G. Header image modified by the Croydonist.